The United States requested Spain to arrest Briton for extradition

The FBI on board Tango in Mallorca. | Majorca Daily Bulletin reporter

The U.S. government says it has charged two businessmen, one Russian and one British who lives and has a luxury nautical business in Mallorca, with allegedly facilitating a sanctions evasion and money laundering scheme in relation to a $90 million yacht of billionaire Russian oligarch Viktor Vekselberg.

Vladislav Osipov, 51, a Russian national, and Richard Masters, 52, a UK national, were charged in indictments unsealed in a U.S. court on Friday with conspiracy to defraud the United States and to commit offenses against the United States, the U.S. Justice Department said in a statement. 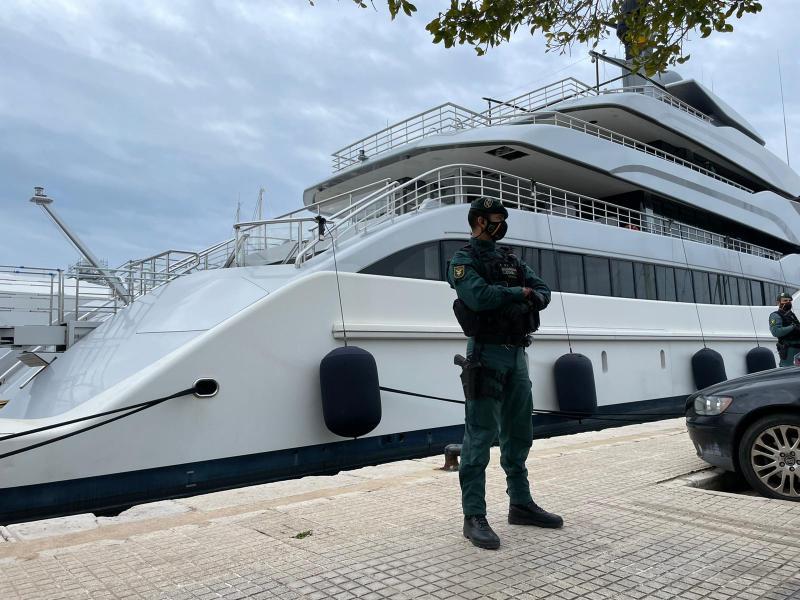 The United States requested Spain to arrest Masters for extradition, the Justice Department said, adding his arrest was executed on Friday and an arrest warrant against Osipov was outstanding.

Reuters could not reach representatives of Osipov and Masters for comment. Washington imposed sanctions on Vekselberg in 2018 over alleged Russian interference in the 2016 U.S. election, and in 2022 over his ties to Russian President Vladimir Putin after Russia's invasion of Ukraine.

The Kremlin denies interfering in the election and calls its actions in Ukraine a "special military operation."

Spanish police last year impounded a superyacht belonging to Vekselberg on behalf of U.S. authorities. Valued at around $90 million, the 78-metre (255 ft) long "Tango" was seized in a shipyard on Mallorca.

The indictment alleges that Masters ran a yacht management company in Spain, which took over the management of Tango after Vekselberg was sanctioned in April 2018, and conspired with others to evade the U.S. sanctions.

Osipov, an employee of Vekselberg, designed a complicated ownership structure of shell companies to hide Vekselberg's ownership of the yacht, the Justice Department alleged.

Vekselberg owned the Renova group of companies, which operate in Russia's energy sector, according to the U.S. Treasury Department, which enforces sanctions.