After the Christmas, New Year and Three Kings break, rugby matches in all of the categories resumed at the weekend.

Arwen Marekovic and Elia Smith, both from El Toro RC, were put through their paces just after Christmas in the training session with the Spanish U18 Women’s Sevens team, with a view to future selection for the national U18 team. 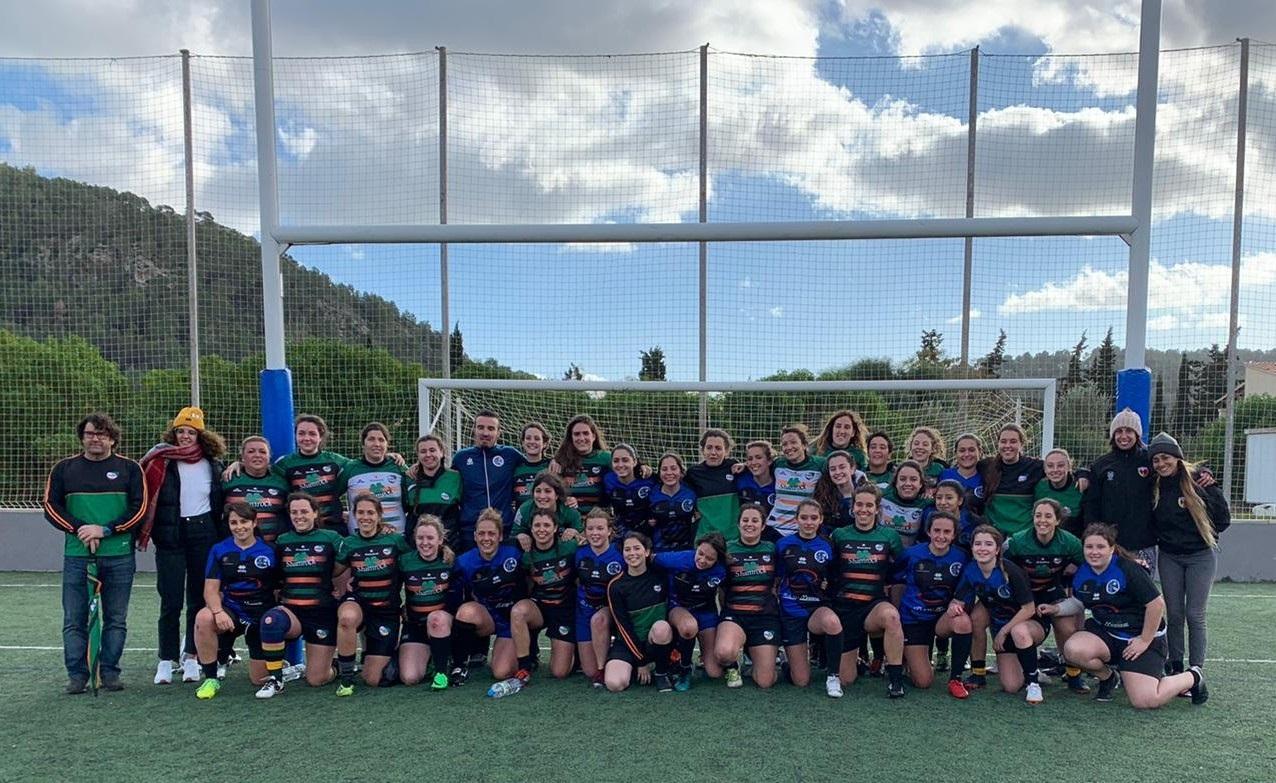 Girls after their matches in S'Arraco

Shamrock RC girls were too strong and experienced against the mixed Babarians team in their series of games in S’Arraco, however the girls did their best and worked hard throughout the match.

The younger categories resumed their rugby activities at a Rugby Day in Inca, which although cold and windy, was well supported as always. The youngsters proved that the long break hasn’t dampened their enthusiasm or competitive spirit.

El Toro RC and RC Ponent met in Son Caliu for the next games in their respective leagues. The score for the U16 was a win for RC Ponent by 36 points to 24.

El Toro RC and RC Ponent youngsters met in Inca after the Rugby Day games on Saturday for their first match of 2020. The teams were very evenly matched, however it was the visiting team who took the victory on this occasion, winning by 40 points to 15. 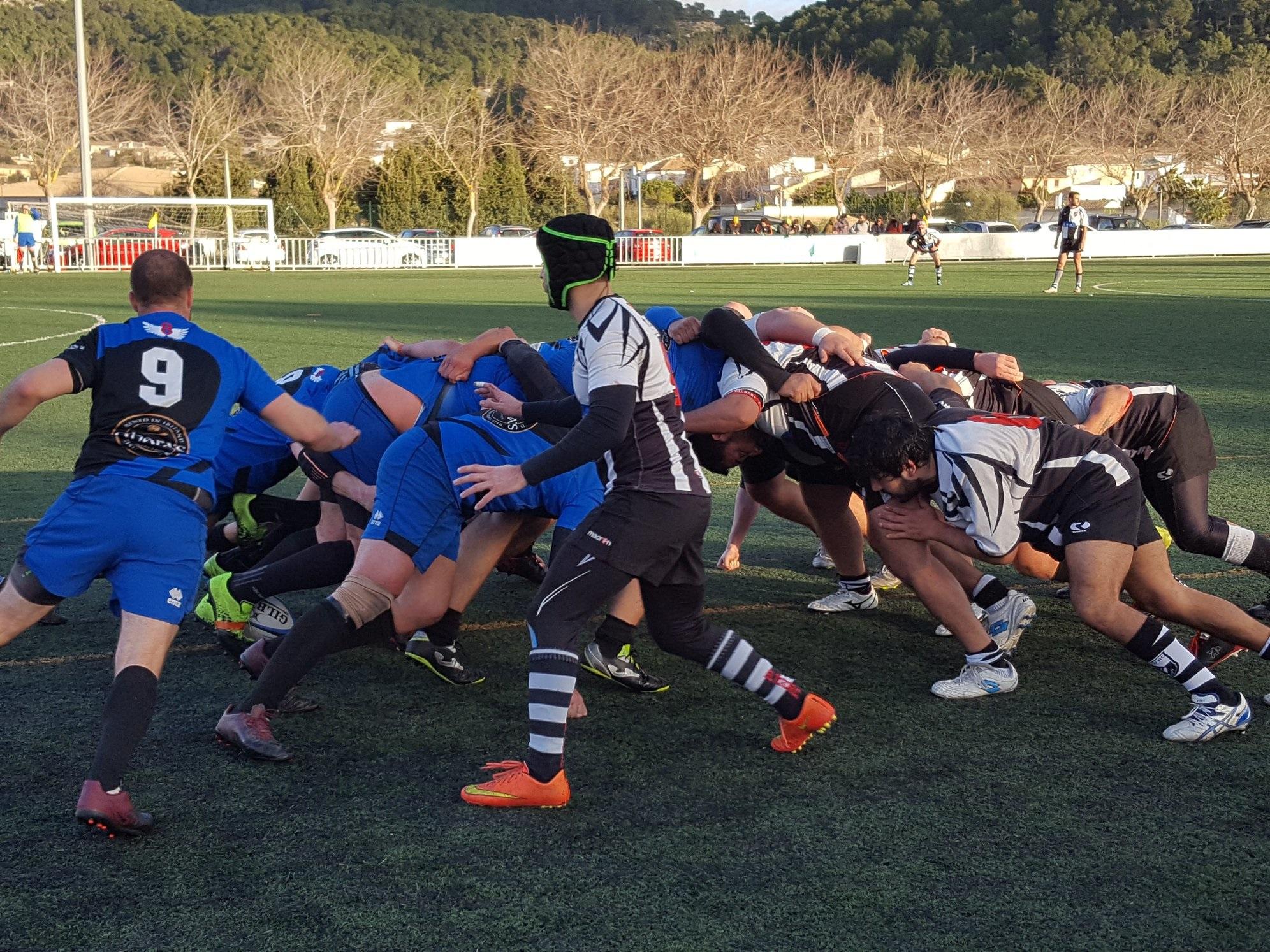 The Men’s Senior league played its first matches after the break with El Toro RC struggling against a fit Bahia RC in S’Arraco. The visitors only scored one try during the first half with a second as injury time was played, compared to the home team who had proved to be more organised and able to break their opponents defence. The score at half time was 34 points to 14. Reinforcements in the form of Gustavo Satragni and Dan Demangeat gave the visitors new impetus for the second half and El Toro RC scored another two tries. This was too late however as Bahia RC had also scored two tries to stay ahead during the second half. The final score was 38 points to 26.

Union RFC played a strong game against Shamrock RC but were unable to get through to score. By the break the score was 14 points to 29 and even though the home team pushed hard throughout the second half they were unable to overtake their visitors who finished with 44 points to 28 for Union RFC.

Menorca TRUC travelled to Ibiza to play on Saturday. The visitors scored a penalty kick in the opening minute, however that was the only time they were ahead of their opponents who kept up a steady onslaught, breaking through their opponents defence to score 76 points to Menorca’s 22. 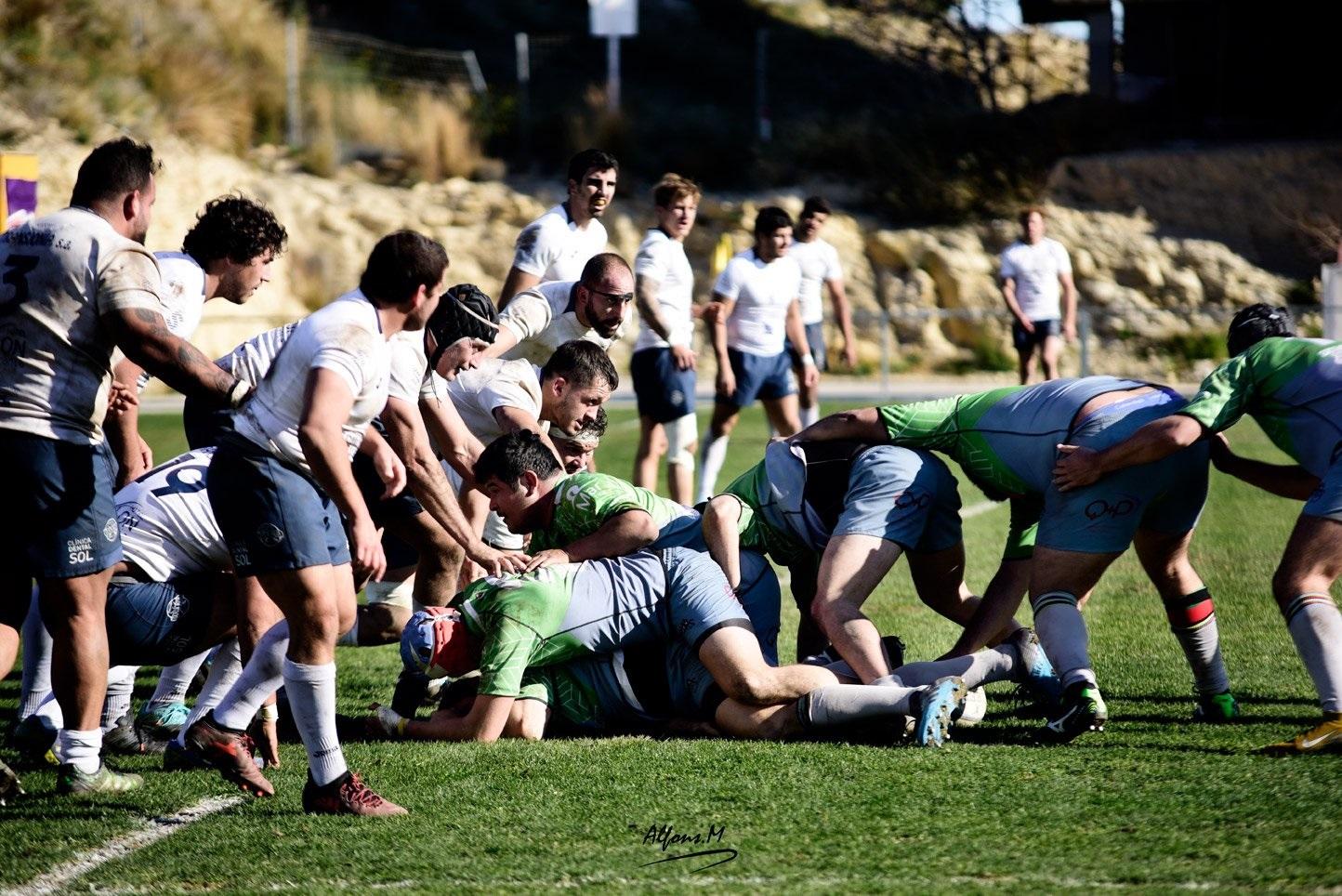 Babarians XV played against fourth placed CR La Vila on Sunday, in a difficult match in which they were outrun and unable to defend against opponents who took every opportunity to break through the Babarians weak defence. Six tries for CR La Vila during the first half took the score at the break to 40 points to 0 and it was only during the second half with the replacement players and some fresh energy that the Babarians XV were able to put any points on the board. Three tries weren’t enough to worry their opponents and the final score was 45 points to 19.

The second half of the season continues with matches between Bahia RC against Shamrock RFC on Saturday in S’Arraco. Kick-off at 16:00. Also on Saturday Ibiza RFC are due to meet RC Ponent in Ibiza Can Misses. Kick-off at 14;00. The game scheduled in the Senior league between Menorca TRUC and Union RFC has been postponed until the first weekend in February.

Babarians XV have a weekend break before they meet RC Valencia on Saturday, 18 January in Son Caliu. Kick-off at 15;00.