The men were in action over the weekend in the Baleares Senior League and the U14 and girls also played at various pitches around the islands.

El Toro RC played a tough match against a tenacious but slightly depleted Menorca Truc on Saturday in Son Caliu. The visitors worked hard, however were outplayed on this occasion by a home team who were determined to win in front of their home crowd. The first try from Pablo Rios came after only two minutes play and was followed by a further eight tries in the first half, six coming from the number 15, Rios. Substitutes were brought on in the second half for El Toro RC, some from the veterans team, and the scoring rate dropped somewhat, however the defence held up and Menorca were unable to score any points. The final score was 77 points to 0. 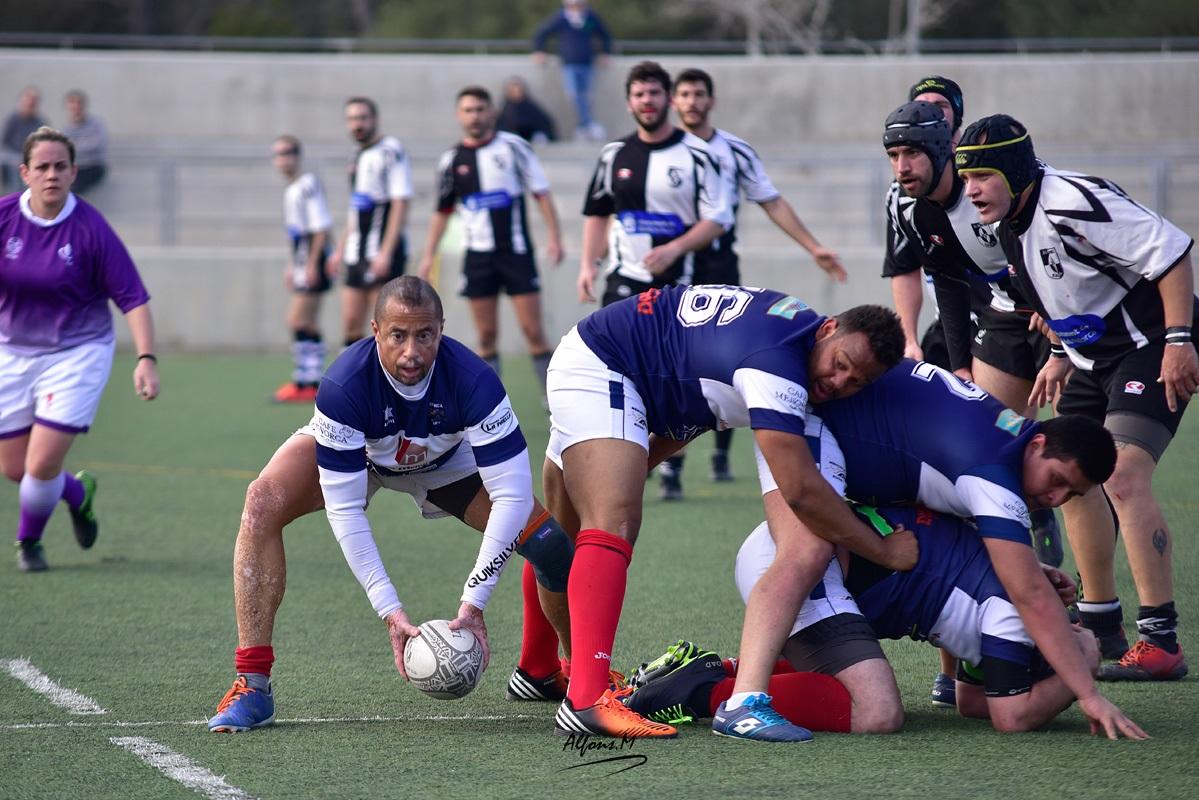 In the game between Shamrock RC and RC Ponent the first points went to the home team with a converted try after eight minutes. Two penalty kicks saw the visitors putting points on the board although another try for Shamrock RC kept them just ahead. By the half time break the score was a close 17 points to 16. Both teams returned to the pitch with renewed enthusiasm and it was the visitors who applied the pressure and found the try line once more. Penalties given away by Shamrock RC also added points and the final score was a close win to RC Ponent by 23 points to 29. 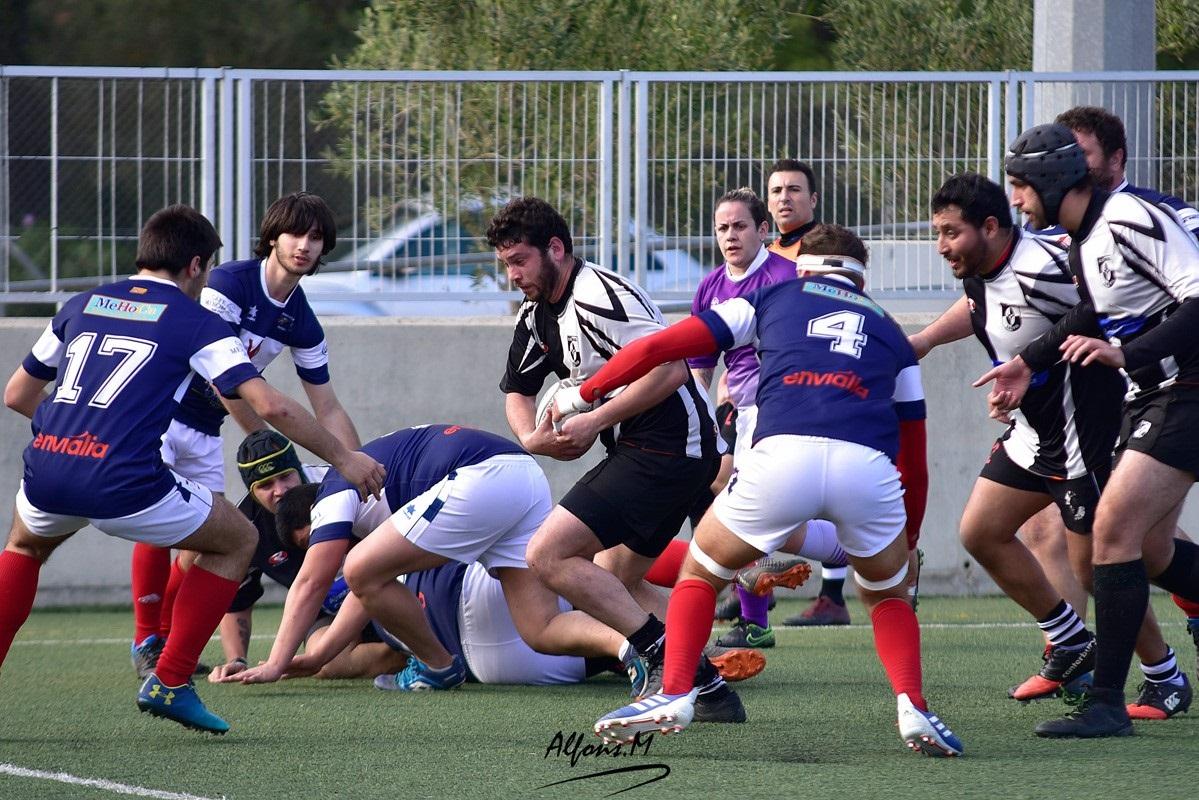 Ibiza RC began their charge early on against Union in the match on Sunday with a successful penalty kick. The home team pushed hard with three converted tries in the first half of a very physical game, however Ibiza RC were just able to keep ahead, scoring four tries after their initial kick. By the break at half-time the score was 21 points to 31. Union RC worked hard in defence throughout the second half, only allowing their opponents to score on two more occasions, one in the closing minutes of the game. Ibiza RC were also determined to prevent any more points being scored and only let one more try through so staying ahead to win by 25 points to 43.

Home team, EL Toro RC and visitors RC Ponent always head into their encounters with great determination and enthusiasm. This game was no different and all players worked hard throughout the match. El Toro RC were the first to score and were only just ahead with 10 points to 7 at the half-way point. The lack of score demonstrates how good each team’s defence was and this continued throughout the second half with the visitors edging ahead on this occasion by 15 points to 29. 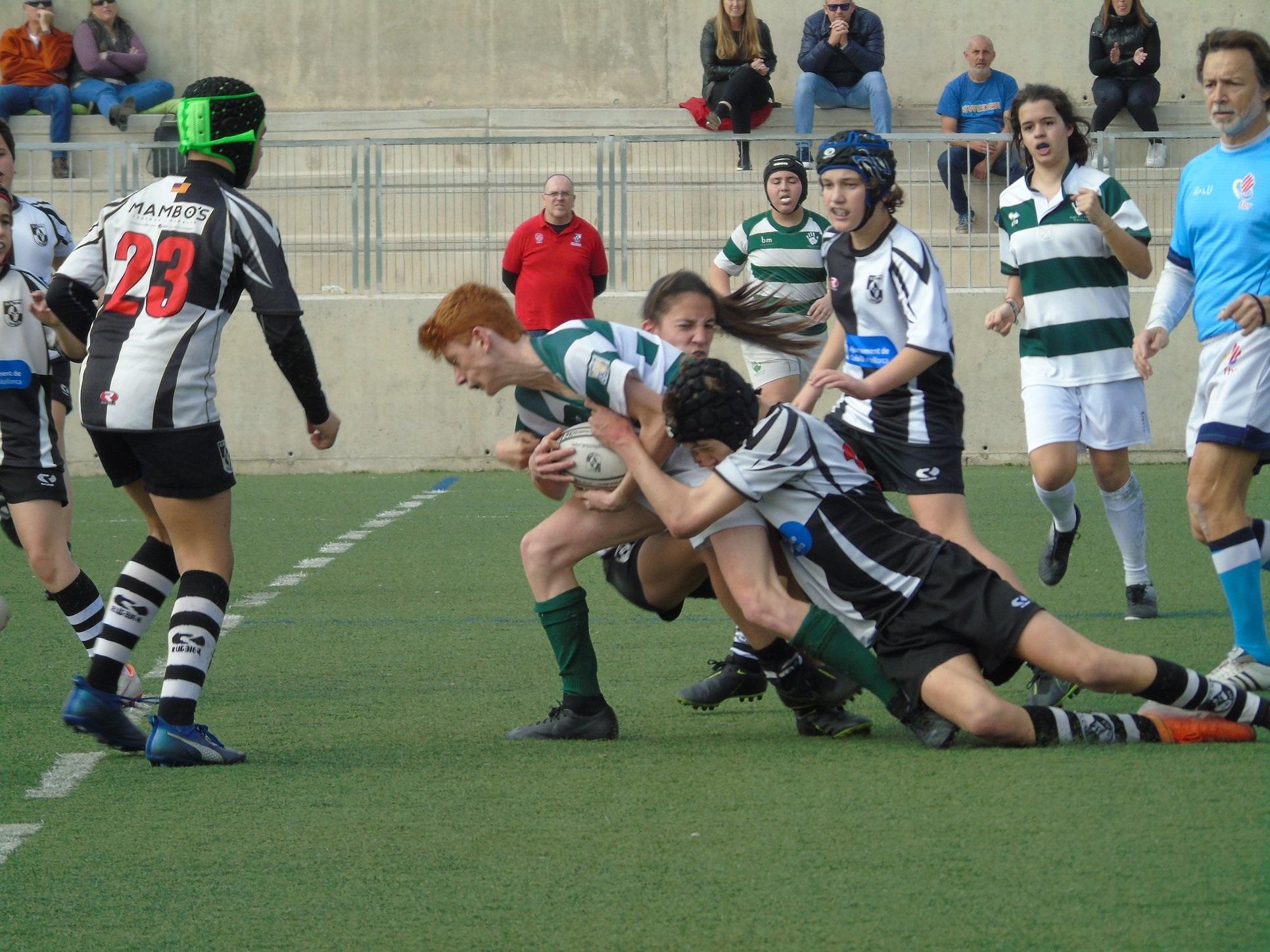 In Pollensa, Corsaris RC were hosts to mixed teams of U14 players from the remaining clubs who formed two teams, Babarians 1 and 2. In this encounter the winners were Babarians 1 who scored 66 points to 56, however the game provides valuable match experience for these developing players.

Newly formed Babarians girls’ team fought valiantly against the more experienced Shamrock RC team, however were unable to take any points away whilst their opponents scored 69 at a steady pace throughout the game. 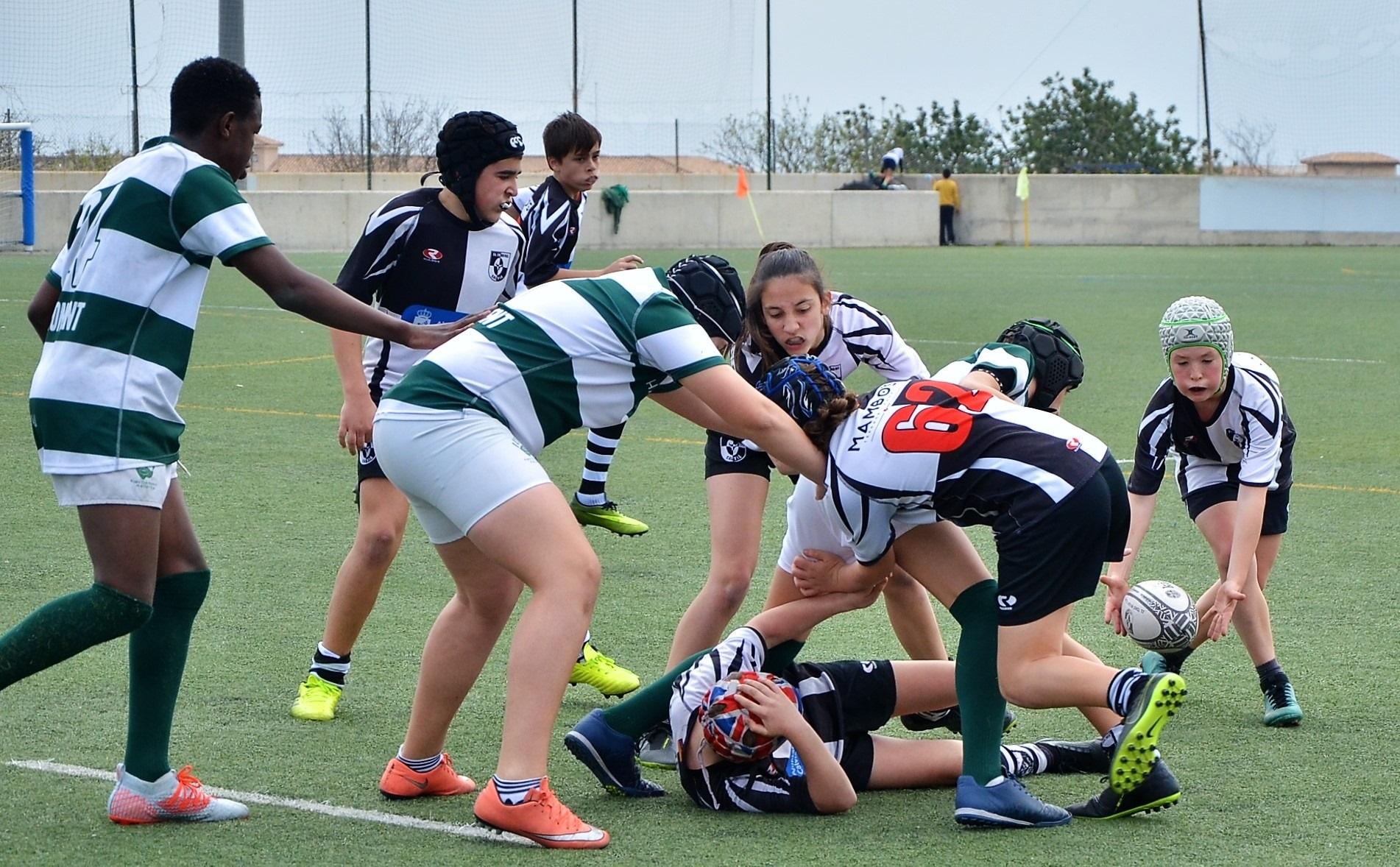 The difference in score is not indicative of the great effort the inexperienced Babarians players put into tackling and playing an attacking game against their opponents. With more training and match experience they will soon be a force to be reckoned with in the girls league.

Babarians XV Calvia had a tough game against third placed Universidad San Jorge Fenix in Son Caliu on Saturday as they were outplayed throughout. Fenix began the scoring after only three minutes and kept up a steady stream which the Babarians XV were unable to defend against. 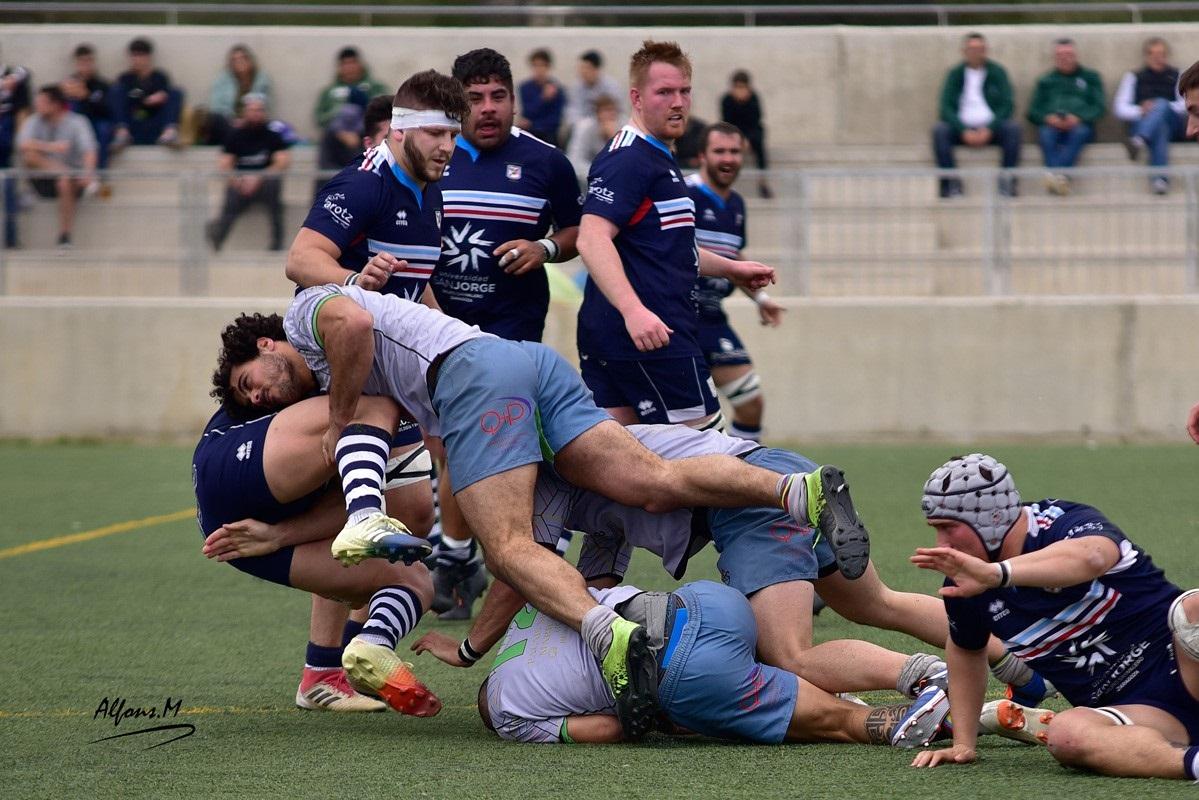 They were unable to take advantage of a yellow card against an opposition player which should have made a difference. The score by half time was 0 points to 46 and it was only in the closing minutes when Fenix were well assured of their win did Jose Gil score a consolation try for Babarians XV. The final score was 7 points to 53.

Babarians XV Calvia play away against Andemen Tatami RC on Saturday, kick off at 16.00.

In the Baleares Men’s Senior League matches, RC Ponent meet Union in Principes de España at 16.00. El Toro RC are at home in Son Caliu. Kick off at 17.30. The match between Ibiza Rc and Bahia RC has been postponed until March.

In the girl’s league El Toro RC travel to Pollensa to play against Babarians at 17.00

In the U16 league El Toro RC meet RC Ponent in Son Caliu on Saturday, kick off at 12.00 and Babarians travel to Ibiza on Sunday for a 13.00 kick off against Inter Ibiza CD.

In the U18 league, El Toro RC play RC Ponent in Son Caliu, kick off after the U16 game at 14.00 and the Babarians travel to Minorca to play against Menorca Truc at 13.00.