This is a story in four parts, starting in Mallorca, crossing to Tokyo, heading back through Sheffield and finishing in Cheltenham.

The good news this week was that at the BEST Centre we finally threw off the pool covers, cleaned the pool deck and listened once again to the slap, slap of the international swimmers putting in their 5km before breakfast. Parents, coaches, support staff and other visitors to the pool often tell us how much they enjoy sitting on a sunny pooldeck, in a mindful, zen-like state from the effortless slapping of long freestyle strokes on the water. It is wonderfully relaxing.

Among the group in the water this week are the Czech junior team who are here in preparation for the European Junior Championships in Rome in July. Selected to the team is the 16-year-old Micha Judickij, who has been a regular on our summer swim programme for the last five years and it is exciting for us to watch him progress to the international level. Next week we welcome the international swimmers from Slovakia among others.

Speaking of international competition, the last time the Olympics were held in Tokyo was in 1964, and on that occasion the swimmer Anita Lonsbrough carried the flag at the opening ceremony. Lonsbrough won gold in the 200m breaststroke at the Rome Olympics four years earlier, at the same venue where Judickij will be competing in July. It was the first time a woman had been asked to carry the flag for the British team. It has happened on two occasions since, Lucinda Green in 1984 and Kate Howey in Athens 2004.

This year, the IOC are encouraging male and female flag bearers as part of their plans for gender equality, and Team GB has embraced the idea as a legacy message for women Olympians. 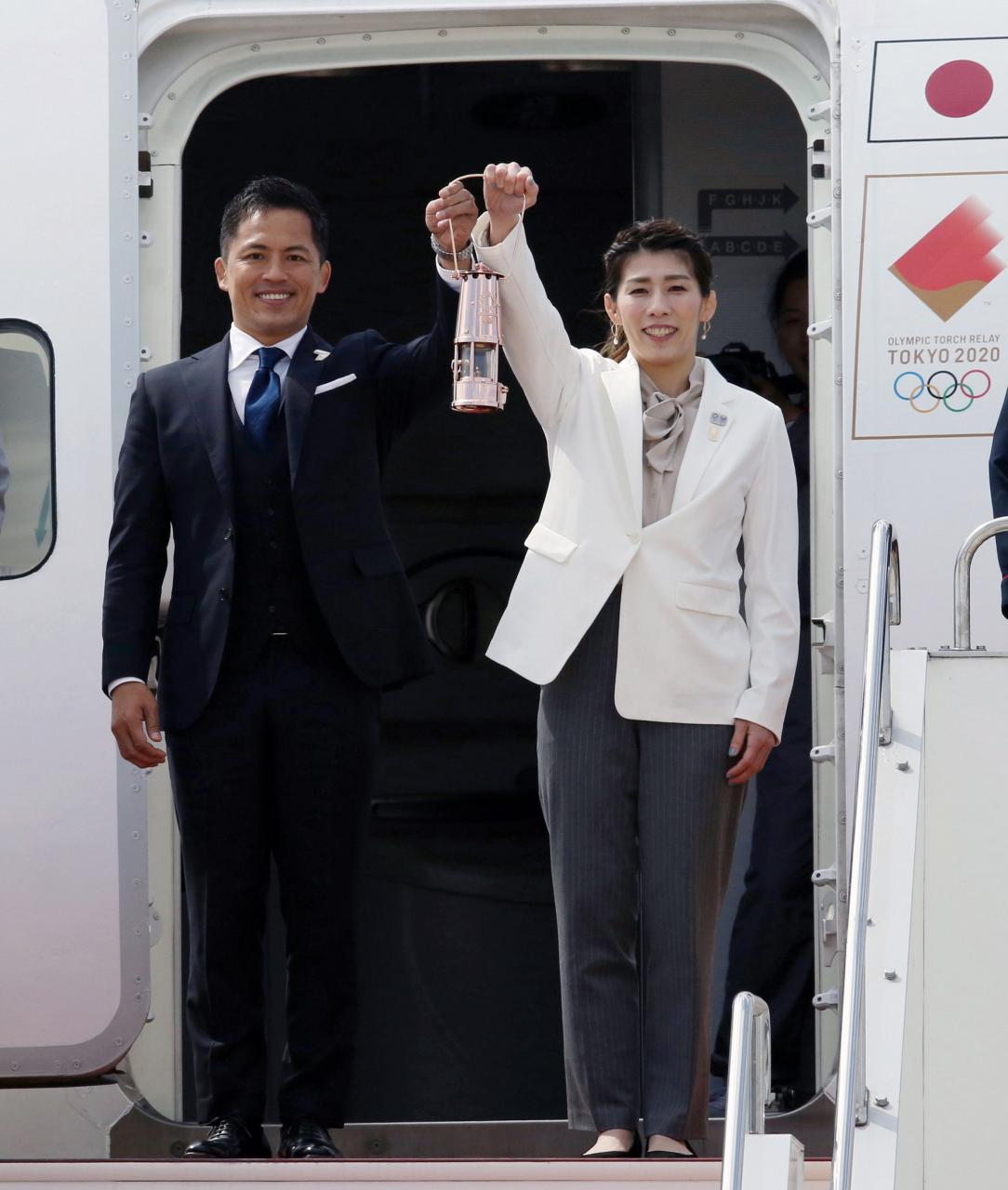 Another legacy message that the IOC should get behind is the idea of having the Olympic flame in every venue, winter and summer. Since the first modern Olympic Games in 1896, the Olympic flame has only ever been illuminating the main stadium. It is a disgrace that 125 years later, the only athletes at the summer Olympics that ever get to stand and look at the flame and compete under its magical spell, then receive their medals in front of the most iconic symbol in world sport, are those who take part in athletics. It is the same at the winter Olympics. Seriously? It is embarrassing. In London you couldn't even see the flame from anywhere in Olympic park unless you were actually inside the stadium.

Speaking of the Olympics, in Sydney 2000, which sport saw the medals go to Cameroon, Spain and Chile? The answer is football (men). Any idea who won in London 2012? Men’s football isn’t much of an event at the Olympics, (it was Mexico), although the women’s game is the real thing.

The real thing for the men happens elsewhere, and while it won’t be happening any time soon in a European Super League, it is happening in the Champions League and this week’s match between PSG and Man City was a game of unbelievably high quality. The speed and accuracy of the passing, especially in the first half by PSG was like watching Judd Trump on the snooker table making one emphatic long pot after another. The less said about the PSG second half the better.

Speaking of snooker, the world championships reach their climax at the Crucible theatre in Sheffield this weekend, but world number one Trump won’t be there to defend the title he won two years ago, after falling in a tense quarter final to 2005 champion Shaun ‘the Magician’ Murphy. In my youth, my dad, a huge snooker fan, and who once had a cue signed by Fred Davis, used to take me from Cheltenham up to Sheffield to watch a few sessions at the Crucible every year. I still have my old autograph book signed by Ray Reardon and Doug Mountjoy. And Sharron Davies from a national swimming championships in 1978. It still amazes me that we swam on the same Commonwealth Games team twelve years later.

But back to football and the big match of the week was at the Jonny Rocks stadium where my home club, Cheltenham Town, secured the point they needed to gain promotion to Division 1. Chris Hussey hammered a free kick that went in off the underside of the bar, then wheeled off in celebration of his first goal of the season, and the goal that sent the Robins' fans dancing round their dining rooms.