Inside Sport: The sporting Life of Pernille Svarre

“My dream was to compete in the Olympic Games"

We are lucky with the amount of international swimmers and triathletes that come onto our pool deck week after week. It is rare that we have a world champion in modern pentathlon. It is rarer still that this particular pentathlete had a career that lasted 23 years and represented her country in four different sports.

And it is unique in all sport that an athlete will take part in 22 consecutive world championships and finally win at the 22nd attempt.

This is brief glimpse into the fascinating sporting life of Denmark’s Pernille Svarre.
“I started as a swimmer”, she recounts, “but I wasn’t even good in Denmark. My coach was a pentathlete and he took us to his competitions to help with timing and other things and I had a go.”

That was back in 1978 when Svarre was 17. The international federation, the UIPM, had just started a women’s World Cup circuit and world and European championships.
Her coach set up a small training group and although the men have been competing at the Olympics since 1912, it was not yet on the women’s programme.

“My dream was to compete in the Olympic Games. Every year there was talk that the women’s events would be included. I had to wait 22 years, but when I finally won the world championships in 2000, that was the same year they included the women’s event for Sydney, and I finally realised my dream.” 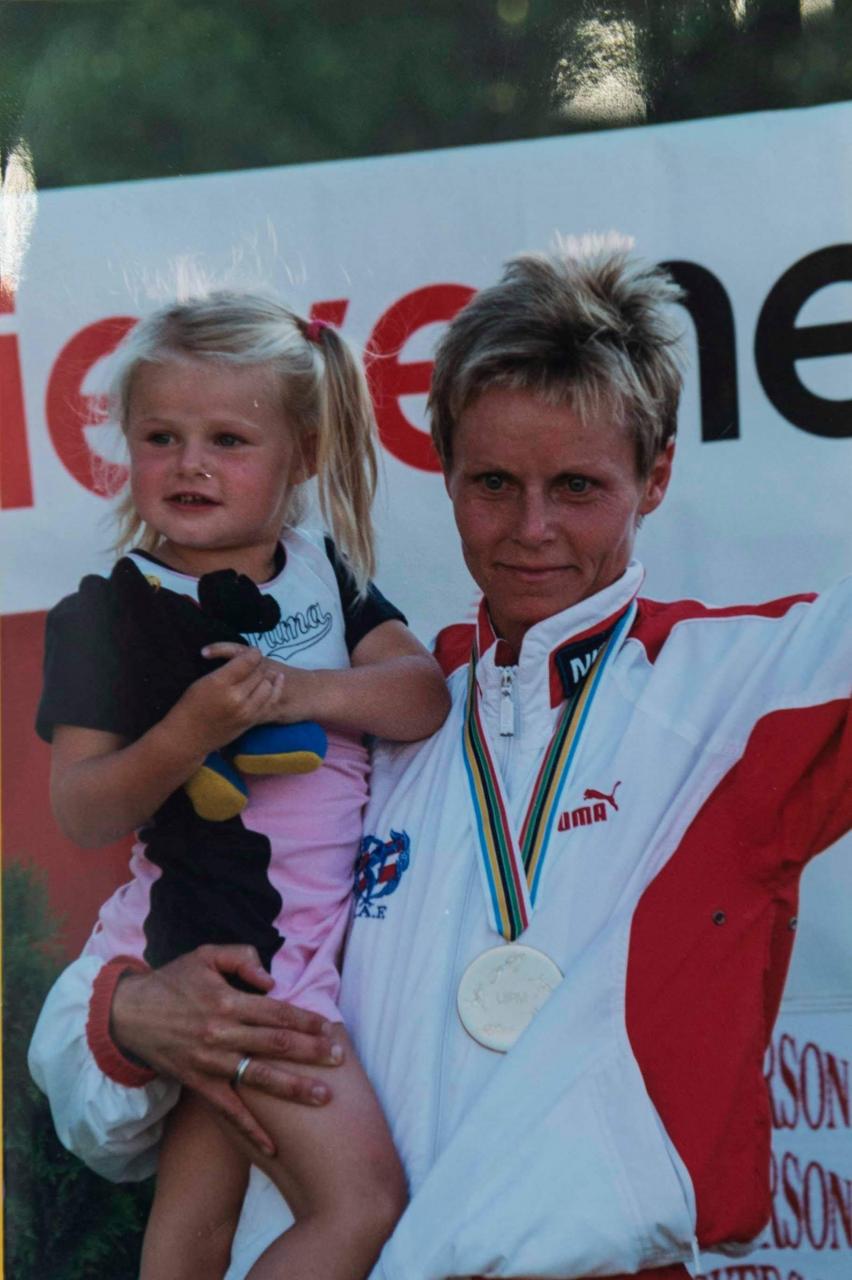 After high school Svarre took a degree in business and then became a full-time athlete, training and competing around the world. Winter and Spring were with the US team in San Antonio Texas, then back to Europe for the competition season.

“Running is always the last event in the pentathlon, so you have to train for that. I would go out on the bike then run to get used to running on heavy legs.”

Svarre also took up triathlon in 1986, won the Nordic Cup and competed at the world championships in Hawaii in ‘87 and ‘88, and won bronze at the European championships for the Olympic distance in ‘89.

As if competing for Denmark in pentathlon and Triathlon wasn’t enough, Svarre was so good at each of the disciplines, she was also on the national fencing and cross country teams competing at world and European championships. 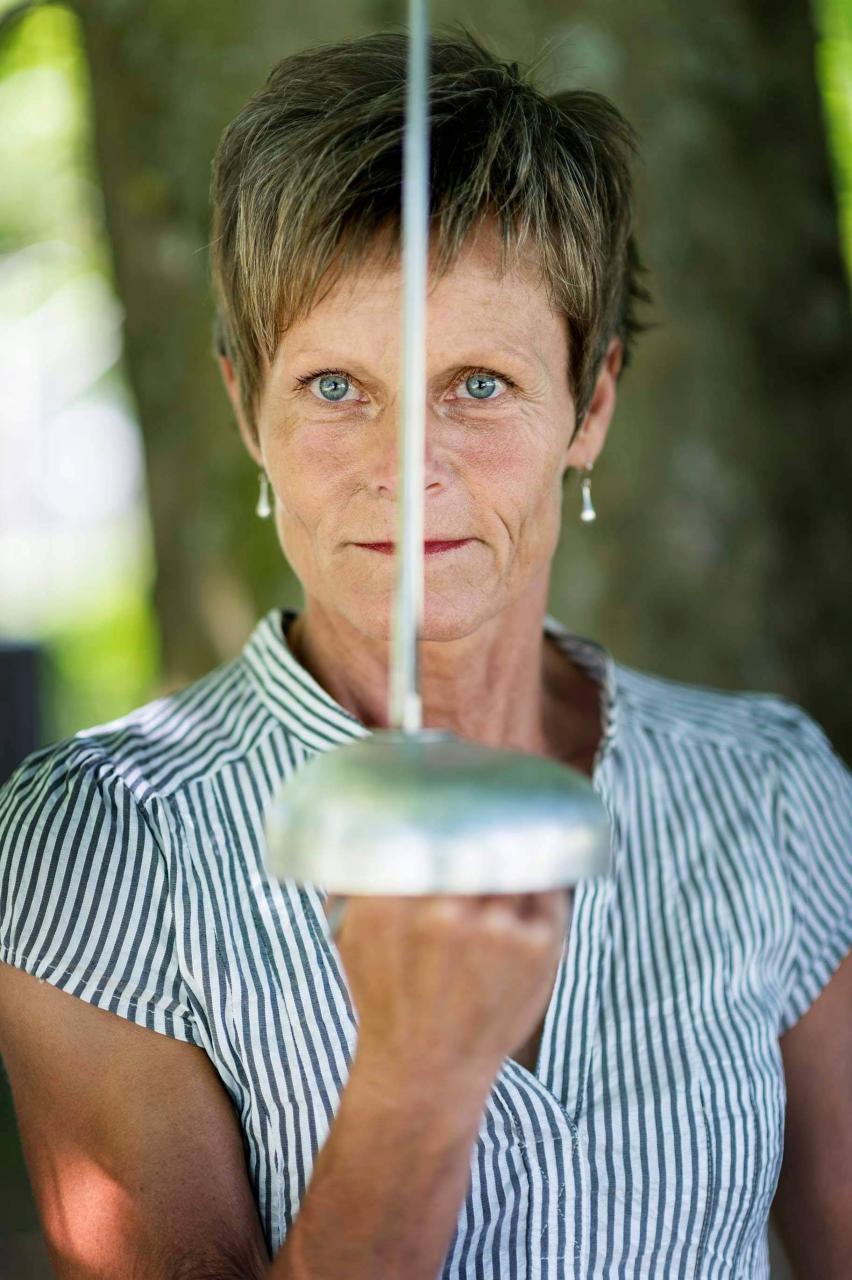 “As I got older I just kept getting better and better. Then I had my daughter in 1997. They cut my finding because they said you couldn’t compete internationally after you had a baby. I didn’t agree of course so I took her everywhere with me and found my own sponsors and I was back at the world championships four months after giving birth.”

In the horse riding, the athletes draw lots to see which horse they will ride. At the world championships in 2000 that she won and qualified her for the Sydney Games, she watched the girl compete on the horse she would also be riding. “She was such a bad rider she was holding the reins so tight she cut the horse’s mouth and it got scared,” Svarre remembers.
“She scored 0 points."

I had twenty minutes with the horse and I walked it round and got a feel for it and gently eased it into some exercises. You can feel when a horse starts to trust you. It relaxes its back and listens to your hands. I was very light on the reins. We had a great round with only one fault.” 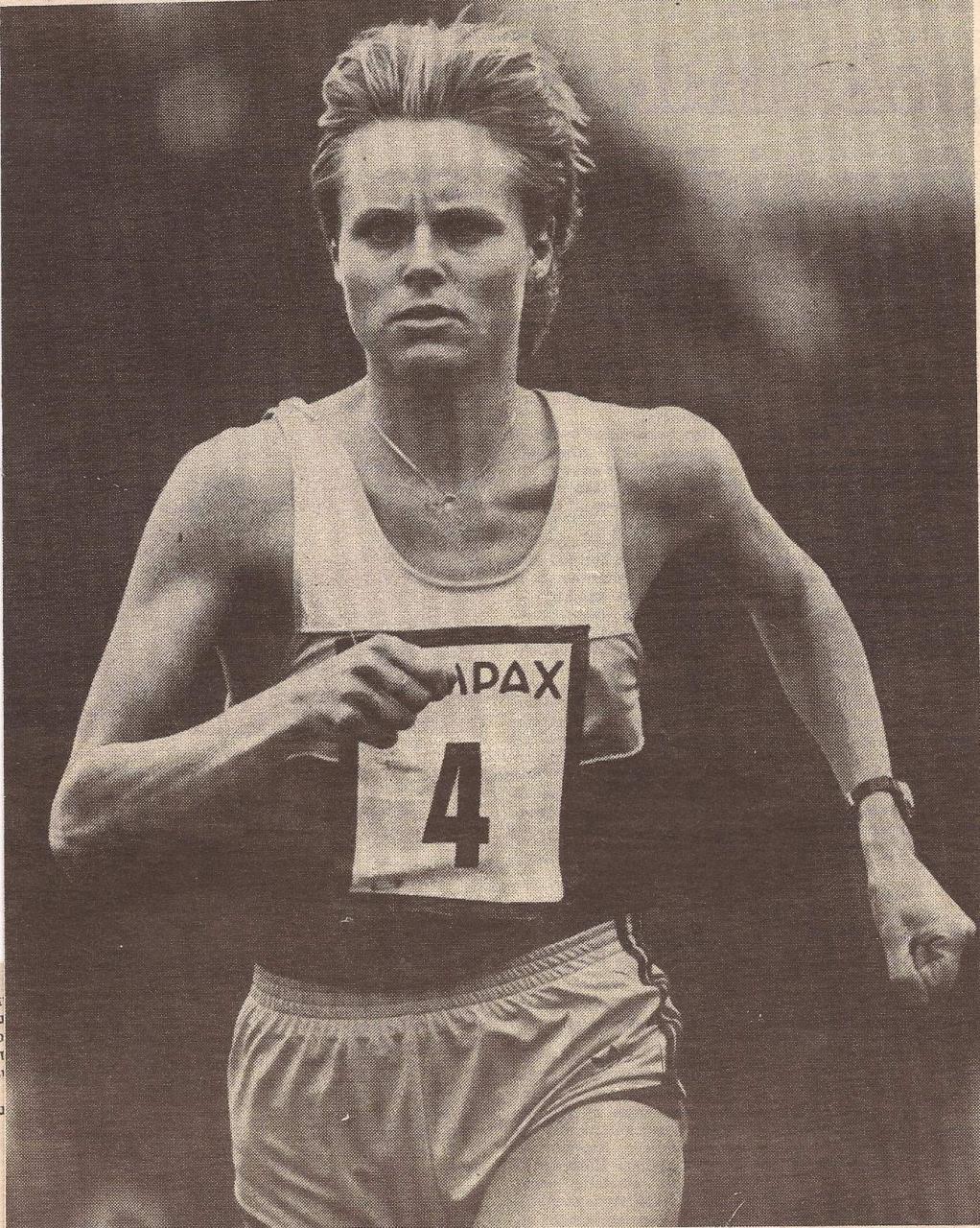 Back in 2000, you scored points in the first four events, shooting, fencing, swimming and riding, and then convert the points into seconds. The leader starts the run first and each person starts however many seconds behind they are in their points total.
“I started 12th and by 1200m of the 3km cross country course I was in the lead. They were terrified of me because they knew I could run fast.”

Svarre did one more world championships and then retired. She was the athlete representative on the executive board of the UIPM for four years then the media director for the federation to London 2012. Now she runs her own business as a personal trainer, coach, team builder, and swim coach for adults and children.

“I have been to many places in Mallorca for cycling and other holidays but this is the first time in Colonia Sant Jordi. I wanted to find somewhere just for swimming and relaxing and this is the perfect place. I love it here.”