No La Liga title race would be complete without a fiercely contested referee's decision and we got just that when Real Madrid were awarded a penalty then had it taken away while a spot kick was instead given to Sevilla in Sunday's 2-2 draw. 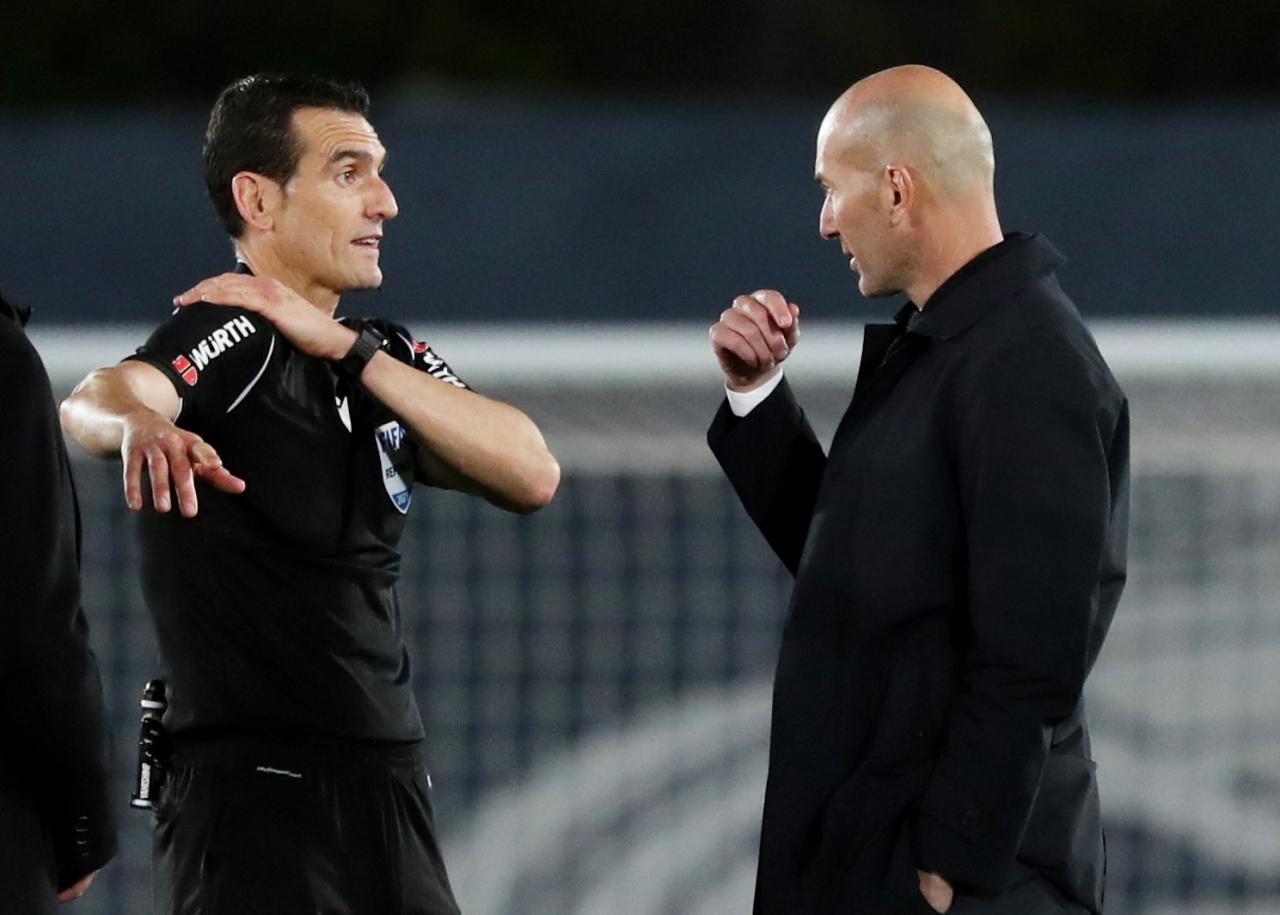 Real coach Zinedine Zidane emphatically broke his self-imposed rule of never talking about referees by arguing with Juan Martinez Munuera at full time after the official penalised Real's Eder Militao for handball after a VAR review, forcing him to overrule a penalty he had just given at the other end.

The French coach's anger did not cease in his post-match interview when he declared "I don't understand it at all" and contrasted the penalty with an appeal his side had seen turned down for an accidental handball by Sevilla's Joan Jordan. 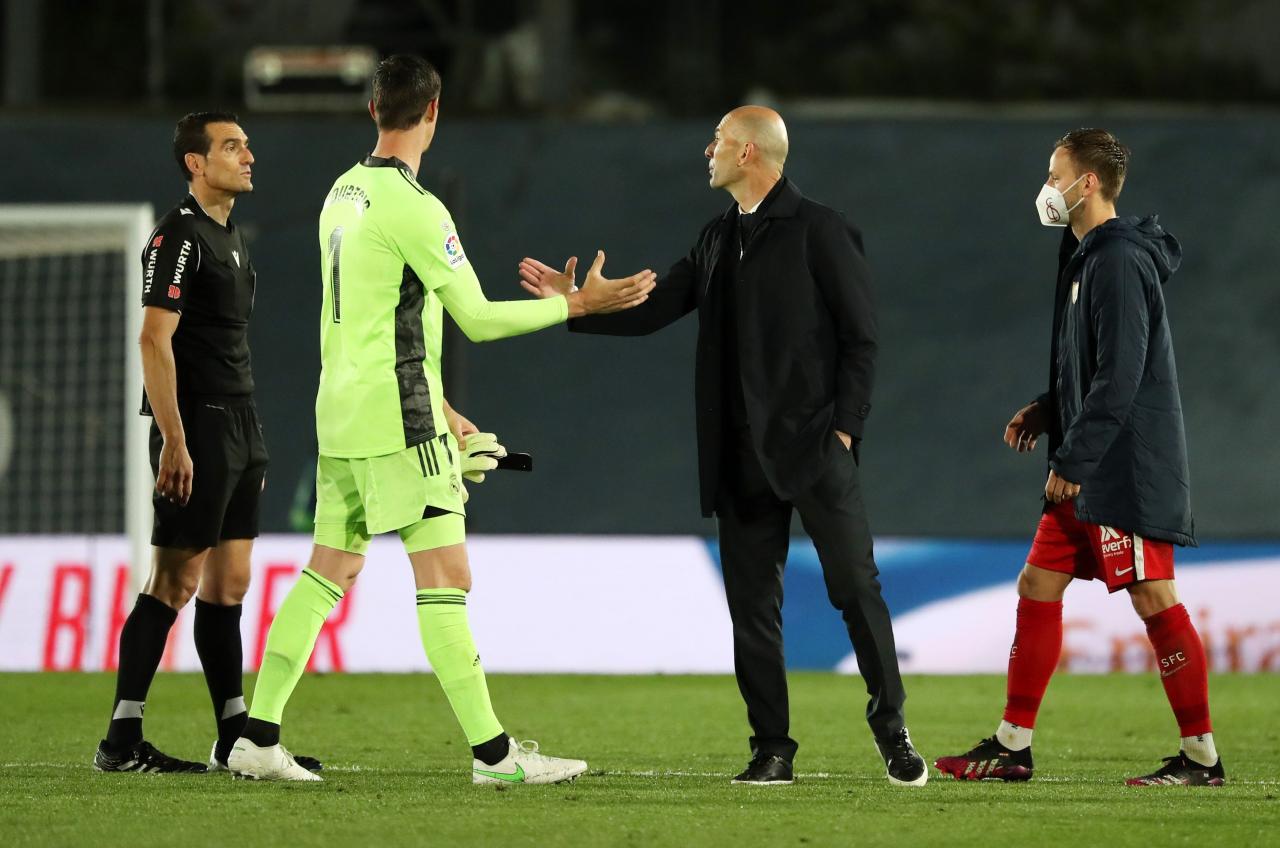 "We're concerned as there have been some similar plays which would have gone in our favour and the outcome has been different," he said. "We're left feeling a little uneasy."

Atletico Madrid looked set to sweep to the title when they went 10 points clear at the end of January but Diego Simeone always warned the contest would go down to the wire and his side look more comfortable grinding their way towards the prize.

They produced a typically gritty display to draw 0-0 at Barcelona on Saturday and Real's draw with Sevilla on Sunday left Atletico's fate in their own hands.

"Since I arrived in 2011 we've treated each game like a final. The most important success is the fact we are still competing until the end," Simeone said.

Wednesday's fixture at home to Real Sociedad looks like being Atleti's toughest game left but do not expect them to make light work of Osasuna and Real Valladolid in their final two fixtures. Simeone's side have never done things the easy way.

Battle at the Bottom rivals race at the top

This may be the closest-fought title race in recent memory but things are just as exciting in the battle to avoid relegation, where five points separate the bottom six.

Bottom side Eibar looked condemned to go down after a 16-game streak without a win but a last-gasp penalty saw them beat Getafe 1-0 away to claim a second consecutive victory and move on to 29 points, two from the safety zone.

Elche and Huesca lost to stay 19th and 18th respectively on 30 points, as did Real Valladolid, who are 17th on 31. Alaves and Getafe are also far from safe on 32 and 34 respectively.

"We are now riding the wave that our rivals were and we have to make the most of it," said Eibar coach Jose Luis Mendilibar.

"We'd been waiting a long time for this moment, hopefully it's not come too late."