After a week when a sign outside a Torquay cafe read “Come on in and try the worst coffee one woman on TripAdvisor has had in her entire life!” – Real Mallorca’s director of football Pablo Ortells’ phone and social media accounts have been busy with calls and messages on a daily basis offering football players available for transfer.

The list of names is a feature of the Summer transfer window and will get a lot bigger as the window draws towards closure on August 31.

Available footballers from Spain’s top two divisions and from foreign leagues are being scrutinised by Ortells, who will pass any relevant information on to holidaying Mallorca boss Luis Garcia Plaza, as we prepare to rub shoulders once again with the big boys in La Liga, with several positions, notably goalkeeper and a battering-ram striker, top of the shopping list.

There is no shortage of names to sift through with the transfer kitty swollen with an 8 million euro windfall paid by Osasuna for our Croatian striker Ante Budimir.

Last Monday it was announced that the “soap opera” of the Budimir case had shot its final episode when Osasuna splashed the cash in what was their biggest money signing ever.
They decided to execute the purchase option three weeks before it expired at the end of June.

Despite the great economic effort from Osasuna (where Budimir scored 11 goals last season), they decided to pay the eight million in one lump sum for a player who stood out as scoring the most goals with his head in 2020/21 in La Liga.

Budimir arrived at Mallorca in January 2019 on loan from Italian side Crotone and was given a full contract after we were promoted back to La Liga two years ago. He scored 19 goals in 57 games. His transfer has been a good bit of business for Real Mallorca. In a depressed transfer market in which few major moves are expected, Budimir’s transfer fee will help us build a squad that can achieve our main aim for next season – permanency. He cost us 2.2 million euros and leaves for eight.

The fact that the 2020/21 season was completed at all is a testament to the remarkable efforts of all those involved in football, while the gradual return of fans (me included) towards the end of the season points to, hopefully, a brighter future next term.

Players expected to stay on for that are Victor Mollejo (again on loan) and Amath Ndiaye, soon to sign permanently from Getafe. Other players whose loan deals didn’t work out like Gimenez, Cardona and Murilo will return to the Dog & Duck reserves from whence they came!!

There is no shortage of names being mentioned to take over from Budimir; names like Djurdjevic from Sporting Gijon, who could take our player Stoichkov as part of a deal. 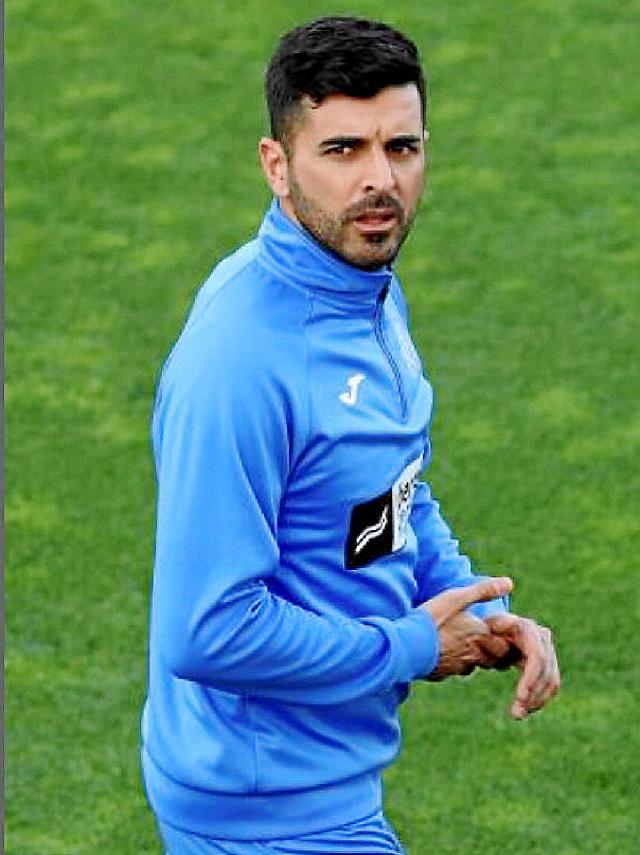 Then there’s Villareal’s Colombian hit man Carlos Bacca, Nelson de Olivera from AEK Athens and one player who is reported to be on the island already, Angel Rodriguez, who would come on a free transfer from Getafe.

Despite Angel being 34 years of age, he’s played almost 200 games in La Liga, scoring 40 goals, 36 of them in the last four seasons at the Madrid club.

He’ll come in on a two-year deal with another optional. It was reported in a local paper that he’d enrolled his son at one of the island’s top schools.

Angel was one of the names considered in the 2019/20 season to reinforce Barcelona after Luis Suarez’s long term injury but the place was taken by Martin Braithwaite. One of Angel’s stats states he’s executed most of his goals with his first touch.

Another name being mentioned is Japanese teenager Take Kubo. He went to Villareal off the back of a successful time here where he scored 4 goals in 36 appearances and created another 5.

He left the island two years ago for Villareal and he struggled to get a game always being played out of position.

In January he moved to Getafe and again failed to hold down a regular spot in their starting line-up.

It’s not certain if his parent club Real Madrid (now under new management) would want him back just yet and I’m sure Mallorca and especially their fans would have him back here in a heartbeat. He’s away at the Tokyo Olympics later in the Summer but a stumbling block to his Son Moix return would be an initial three million euro loan-out fee.

And finally, Up In Yorkshire

A rugby league fan was drinking in a Yorkshire bar when he got a call on his mobile.
He hung up, grinning from ear to ear. He bought the whole bar a drink as he’d just heard his wife had given birth to a typical Yorkshire baby weighing 25 pounds.

Nobody believed that the baby was so heavy, but the proud father insisted “That’s about average in Yorkshire. He’s gonna be a rugby league player when he grows up.”
Two weeks later, he’s back in the same bar.

The Bartender asks “Say, aren’t you the father of that typical Yorkshire baby that weighed in at 25 pounds? Everybody’s been making bets about how much he’d weigh in two weeks, so how much is he now ?”

The proud father answered “Twenty pounds.”
The bartender’s puzzled, concerned and a little suspicious.
“What happened ? He already weighed 25 pounds when he was born!”
The Yorkshireman took a slow swig of his Samuel Smith’s best bitter, wiped his lips, leaned towards the bartender and proudly announced “Had him circumcised.”