During a week when I was asked by a friend’s nine-year-old daughter what the word “acoustic” meant – I told her “It’s what Scottish farmers use to control their cattle!” – Real Mallorca play their third game of the 2021/22 season in the Son Moix tonight at 8 o’clock when they face Espanyol.

This is what is called a needle match as Espanyol pipped us to the La Segunda SmartBank championship last season on the head-to-head rule.

We both finished level on 82 points but the Barcelona side beat us in Palma 1-2 to win the title on Valentine’s Day.

Their manager is our ex boss Vicente Moreno and he left Palma after his intentions of leaving to take over at Espanyol were somehow leaked to the press before the end of the season, much to the chagrin and indignation of local fans.

There was rumoured to have been a mega fallout between Moreno and our then CEO Maheta Molango over transfer dealings.

After two consecutive promotions in his first two years at the Son Moix, both in play offs, followed by an instant relegation in the 2019/20 campaign, Moreno moved on to pastures new at Espanyol.

More stories emerged that Moreno had been tapped up by the Espanyol hierarchy and was offered a substantial salary increase.

Espanyol have had an uninspired start to this campaign, two goalless draws, as opposed to Real Mallorca who have started their season back in top flight Spanish football with a draw and an away win which sees them in a highly creditable fourth (European !!!) place.

There’s no question our squad is considerably stronger than it’s been for some time and director of football Pablo Ortells has to be congratulated so far for bringing in some quality signings.

With only five days left in the Summer transfer window, we still await the signing of a No. 9, which is a priority signing.

Most clubs in La Liga have already defined their objectives in the transfer market with the majority of transactions being loan deals. However there’s been a new money deal put on the table from an investment company called CVC, which in Mallorca’s case comes to 30 million euros BUT only 15% (4.5 million euros) can be allocated to increasing the salary limit. 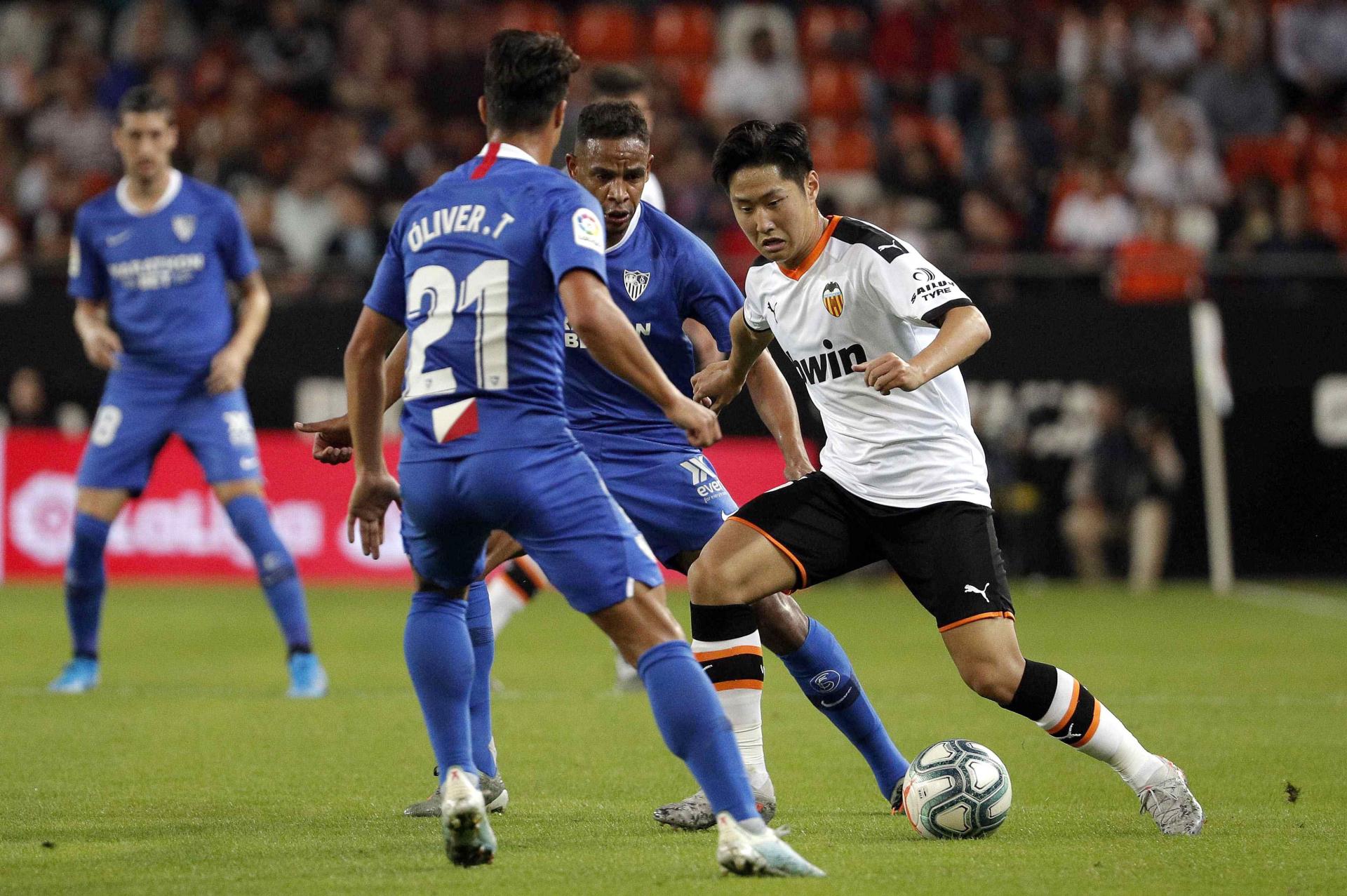 This agreement has turned things topsy turvy and signings that had been agreed have been put on the back burner because, as there is more money available, every club now wants a bigger share of any transfer fee dealings.

It was announced on Tuesday night that Mallorca were interested in bringing in South Korean attacking midfielder 20-year-old Kang In-Lee from Valencia.

He was named Asian Young Footballer of the Year in 2019 and will take the place of loanee Victor Mollejo (Uncle Festor) whose parent club Atletico Madrid want him to have more game time, something Mallorca can’t guarantee.

In all honesty, Mollejo’s been very disappointing and doesn’t look good enough for La Liga.

Second division side Valladolid are a likely destination for the youngster.

Kang In-Lee on the other hand is looking for the minutes he can’t get at the Mestalla and a move to Real Mallorca could act as a springboard in his career.

The move for the South Korean protegé has been hush hush but Valencia radio station Cadena Ser expect the deal to be completed by the end of this week.

For tonight’s game Mallorca’s line-up shouldn’t be much different from the one that won 0-1 at Alaves last Saturday, with Antonio Raillo still a major doubt with a calf injury he picked up in France pre-season.

There’s been talk in the local press about the role Take Kubo is expected to take with our coach Luis Garcia Plaza wanting him to play a deeper role in the final third, and play “in the hole” just behind the striker, instead of being stuck down the right wing.
That position has been filled by Jordi Mboula over the past two games.

He’s a far better player than he was last campaign and has had a good pre-season. His downfall, however, is he lacks consistency, he’ll go past two defenders then give the ball away cheaply.

Kubo is two years older than the last time he was here and has the advantage of knowing the island, the fans, many of his team-mates, the Son Moix and the Son Bibiloni training ground. So his adaptation to taking on a bigger playing role shouldn’t be so much of an upheaval.

After tonight’s game there’s an international break (World Cup qualifiers) on the agenda.
I reckon about 99% of football fans will be upset to see an interruption so early in a new season and with our team doing so well early doors.

What it means is that Real Mallorca won’t play Round 4 of games away at Athletic Club Bilbao until Monday, September 13 at 9 pm. That’s 17 days. At least in La Segunda we played every weekend !

AND FINALLY, a “Jethro” joke.

A Somerset man comes home early one night to find his missus in bed with his best mate.
With super human strength, borne out of fury and trampling the cider apples, he drags him downstairs and into his garden shed.

He puts his mate’s dangly bits in the vice and secures it tightly, removing the handle.
Next he picks up the rusty old saw when his mate shouts in horror “Stop, stop, please, you’re not gonna cut it off with that rusty old saw, are you?”

The aggrieved husband, with a gleam of revenge in his eye, puts the saw in his mate’s hand and says “No, my acker, you are. I’m gonna set fire to the shed!!”