Real Mallorca almost couldn’t have a better start to their La Liga season when they beat a “fiesty” Espanyol 1-0 to make it seven points out of a possible nine after three games.
A goal from Dani Rodriguez instigated by centre back Martin Valjent after 26 minutes laid the foundations for this thoroughly deserved three points.

The islanders were by far the best team on show, especially in an excellent first half.
The game got off to a tasty start before a ball was even kicked.

Hundreds of fans were outside the Son Moix to welcome the arriving Real Mallorca bus and give pelters to the Espanyol bus with their coach (and our ex boss) Vicente Moreno being given a vocal dressing down with some choice words not suitable for a family publication!
Things didn’t get any better for Moreno when he took his place in the dug-out and his nightmare in the Cami dels Reis got even worse when his team went behind.

Martin Valjent, who’s turning into one of the best young centre backs not only in La Liga but in European football, sent a glorious 30-yard pass out to Brian Olivan down the left flank, he slipped the ball through to Fer Niño, whose heavy touch came off the Espanyol captain David Lopez into the path of Dani Rodriguez and his hard shot escaped the fingertips of Espanyol’s veteran ’keeper Diego Lopez and nestled in the bottom right corner of the net, 1-0.

Take Kubo was brilliant in the first half, his passing, darting runs and strong shooting caused mayhem in the Espanyol defence and the Japanese star was hacked down on numerous occasions. He brings a certain “je ne sais quoi” to the team.
We dominated the first half with some glorious football and the almost-8,000 crowd loved it. 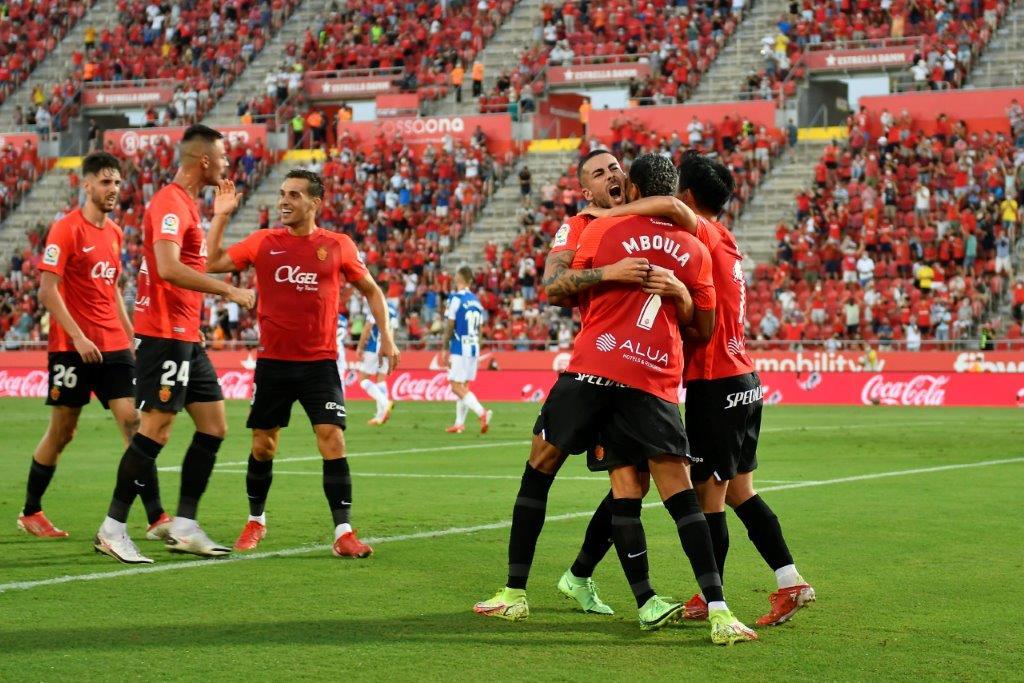 It was absolute magic to get back into the Son Moix with a crowd who started baying for Moreno’s blood and kept the decibel levels at fever pitch for long periods.
There’s no doubt the input from the crowd got us over the line.

Our performance in the first half reminded me of the heady days 20 years ago when Hector Cuperr and Luis Aragones put Real Mallorca well and truly on the European footballing map, taking the team to the upper echelons of La Liga.

It was 45 minutes of quality from Real Mallorca as a poor FIFA referee Diaz de Mera blew for half time. Time to get our breath back!

AFTER the break the tempo dropped as the game became scrappy, spoilt by a series of niggly fouls by the visitors.

Their 20 million euro striker Raul de Tomas hardly got a kick and Espanyol have now gone three games without scoring.

Stand-in centre half Franco Russo started in place of the injured Raillo and Russo himself took a knock which meant he didn’t appear in the second half.
Sedlar took his place and didn’t put a foot wrong.

The pace of the game slowed as exhaustion, caused by heat and humidity, began to take its toll on both teams and our coach Luis Garcia Plaza rang the changes.
After a sublime pass from Galarreta near the end, Amath broke away in a counterattack only to be fouled by Espanyol’s Sergi Gomez, who was shown a straight red card for his cynical challenge in a last defender incident.

Amath went down like a fat boy on a seesaw and from the resultant free kick, Abdon’s effort hit the defensive wall.
Mallorca for a few hours went top of La Liga.

The whole team were outstanding with Baba (whose ball-winning ability was awesome) and man of the match Dani Rodriguez deserving special plaudits, at the moment we are one of the revelation teams in La Liga.

On Friday night our ball girls and boys were poor and towards the end some went AWOL, meaning there simply weren’t enough balls available to be thrown onto the pitch.
The fourth official had to tell our “delegat” to instruct the boys and girls to hurry up.
At one stage towards the end Brian Olivan went to find a ball and was booked for time wasting from a really pedantic referee.

The team took to the pitch wearing their new sponsor’s name on the front of their shirts, the Japanese Taica Corporation who specialise in “Alpha Gel” technology (no, me neither!). Thanks to the presence of Take Kubo in our team, Mallorca’s name is now being shown all over Asia, proving just how global the Real Mallorca brand has become.

International break has come now so we don’t play again until we face Athletic Club Bilbao away on Monday, September 13 at 9 pm. Just when we get up a head of steam!