After a week when I heard “What a true British tennis teenage icon the 18-year-old (Canadian-born, half Romanian, half Chinese) Emma Raducana is turning out to be, she could be a dame by the time she is 21!” – Real Mallorca, lying joint top of La Liga on seven points with another five teams, face a daunting challenge tonight at 9 pm when they play away against Athletic Club Bilbao.

It’s one of three difficult opponents the Palma side will play in the space of 12 days, the other two being Villareal and Real Madrid.

After the international break (there’ll be another one next month) five players, Take Kubo, Iddrisu Baba, Martin Valjent, Lago Junior and Fer Niño (who scored two goals for the Spanish Under 21 team) all returned to the island relatively unscathed from the so-called FIFA virus, much to the relief of coach Luis Garcia Plaza.

However, it’s not all good news on the injury front.

It looks highly probable centre backs Antonio Raillo and Franco Russo will be missing from the travelling squad.

Martin Valjent will take his usual place at the heart of the defence and he’s likely to be joined by 29-year-old Croatian Aleksandar Sedlar.

Since his arrival in Palma in the Summer of 2019, he’s been our fourth choice centre half although he has had some game time in midfield.

Now Sedlar has the chance to shine in his natural position where he was named the best central defender in the Polish league with his then club Piast Gliwice.

He does tend to get booked a lot with his hard tackling, described as excessive forcefulness (I call it dirty!!), which has seen him give away needless penalties and caused him to be a certainty in the referee’s notebook.

Tonight Mallorca will have their first ever Eastern European central defensive pairing and they’ll have their work cut out trying to stop the two quickest strikers in La Liga, Inaki Williams and his younger sibling Nico.

Having been to Bilbao twice to see Mallorca play in the past decade, I can safely say that “Los Leones” are more than a football club.

They have never been out of the top division and are a side that always seems to fight to the last.

Difficult to beat at home, tenacious and dogged are just a few adjectives to describe their performances. 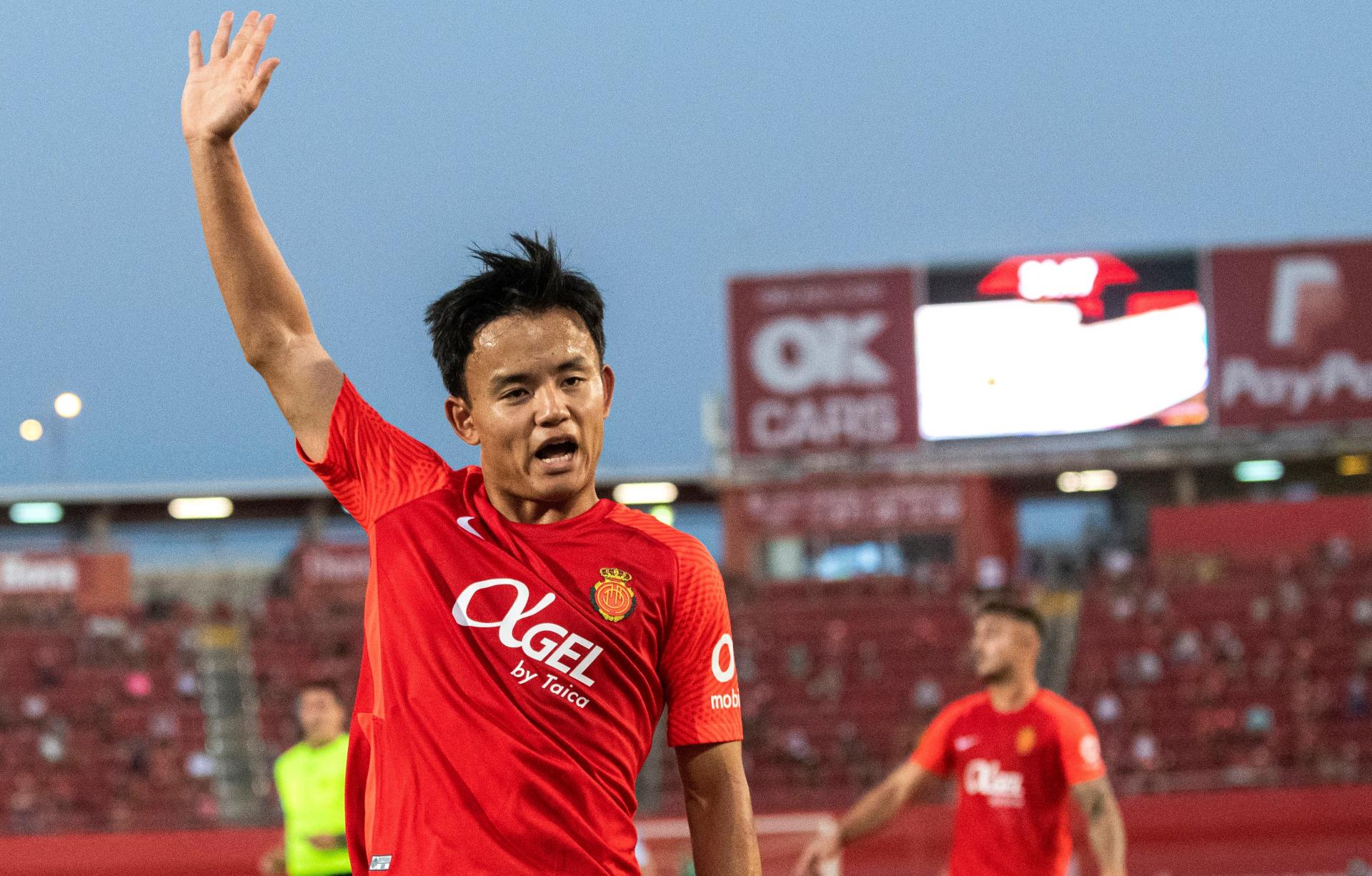 Like Newcastle, Liverpool or Glasgow, Bilbao reeks of football, they even get 10,000 to watch the B team!

Leading up to any home game, all the city streets are decked out in the team’s red and white colours.

RCD Mallorca have made a fabulous start to their season back in top flight Spanish football and they are about to find out what La Liga football is all about again.
Tonight they won’t be over-awed in any way and I’m predicting a draw.

After tonight’s game, Villareal will be visitors to the Son Moix next Saturday at 2 pm. This unusual kick-off time (usually paella time in Spain) is to coincide with peak viewing hours in Japan and South Korea where Take Kubo and Kang In Lee come from.

Both Kubo and Kang In Lee are 20 years old and are arguably the biggest talents to come out of their countries during the last 10 years.

Both left their homeland at the age of 10 with Spain being their shared destination.
Now it’s Real Mallorca.

The following Wednesday (22nd at 10 pm) it’s another tough away game, this time in the new, improved (but far from completed) Santiago Bernabeu.

Mallorca have reportedly offered Daniel Sturridge the chance to stay training at the Son Bibiloni until January, when they’ll assess his physical condition and decide whether or not they’ll sign him.

In return the club will give him a small monthly allowance to cover expenses.
He will decide whether to take up the offer in the next few days.

Earlier in the week he finally completed 30 minutes of playing time in a match against one of the youth teams (Junior Division of Honour) in which he scored a goal.

As expected, many sceptical Mallorquinistas are doubting the idea that our American owners are set to put plans in motion to remove the Son Moix obsolete running track.
They are of the opinion that they’ve heard all these stories before on countless occasions and will only believe it when they see it.

Various owners over the years have promised to restructure the Son Moix and one, our German owner seven years ago, Utz Claassen, even had the JCBs standing by inside the ground!

None of this would have happened if back in 1999 the money that became available had been used to remodel the old Luis Sitjar which was a proper football stadium unlike our present home that’s actually a sports stadium.

I remember the outcry from older fans who reckoned the club were making a serious mistake in moving.

The old ground was situated in Es Forti in the middle of Palma.

Many fans could walk to it and when it was full (25,000) it was a fortress of noise and passion, unlike the present cold, soulless ground we have now.

The authorities promised that after the World Student Games in 1999 they would remove the running track – it’s still there !

The present American owners are by far the best we’ve ever had and have more or less paid off all our outstanding debts.

There’s no question they’re in it for the long term after buying the club six years ago.

I just hope this time the Son Moix renovation plans reach fruition and we get a proper football ground with fans sitting at pitch side level getting into opponents’ faces.