The whole game scenario changed after the break.

After a weekend when I read “What are the four most useless words in the English language ? Please don’t panic buy !” – Real Mallorca, in suffocating heat, were in the second half tactically and physically overrun by Osasuna 2-3 on Sunday lunchtime. This defeat sees the end of four dramatic days for the Palma side conceding nine goals in two games. The truth of the matter is we’ve only won one point out of the last 12 available.

As dejected Mallorca fans exited the Son Moix after the game, we had been given a wake-up call by a tough tackling, solid Osasuna side who’ve now won four away games.

As I mentioned in Sunday’s Fan’s View, our coach Luis Garcia Plaza, after a pretty smooth ride to promotion from La Segunda last season, has hit a bump in the road and no matter what changes he made on Sunday, Mallorca always looked to be second best.

There was controversy as the team selection was released. Club captain and goalkeeper Manolo Reina was dropped after he hurt his back picking the ball out of the next six times on Wednesday night (I’ve just made that up !). His place went to the Slovakian Dominik Greif and, boy, did he have a baptism of fire – and he lived up to his name. He had little chance with Osasuna’s opener in the 9th minute when the visitors’ left back Angel Cote hit a 30 yard “worldy” into the net, 0-1.

Mallorca were quick to reply two minutes later when Dani Rodriguez, unmarked, headed in a Salva Sevilla corner and the first half became a roller coaster ride entertaining for the fans and a nightmare for both coaches. Close to half time Greif made a superb save from a shot by Aridane (who looked like the character Side Show Bob from The Simpsons !).

Kang In Lee then saw a goal-bound free kick brilliantly saved by Herrera and then in added-on time in the first half Mallorca took the lead. Joan Sastre started the move down the right, Amath got involved and Fer Niño, just managing to stay onside, doubled Mallorca’s tally, 2-1 at half time.

The whole game scenario changed after the break. Osasuna scored another great goal, this time substitute Unai Garcia bulged the net with a ferocious free kick from distance, 2-2. Greif could do nothing with that and was rooted to the spot. Then the injury plague took control. Fer Niño went down and stayed down for several minutes, a stretcher was called for but he managed to hobble off helped by two of the backroom staff. 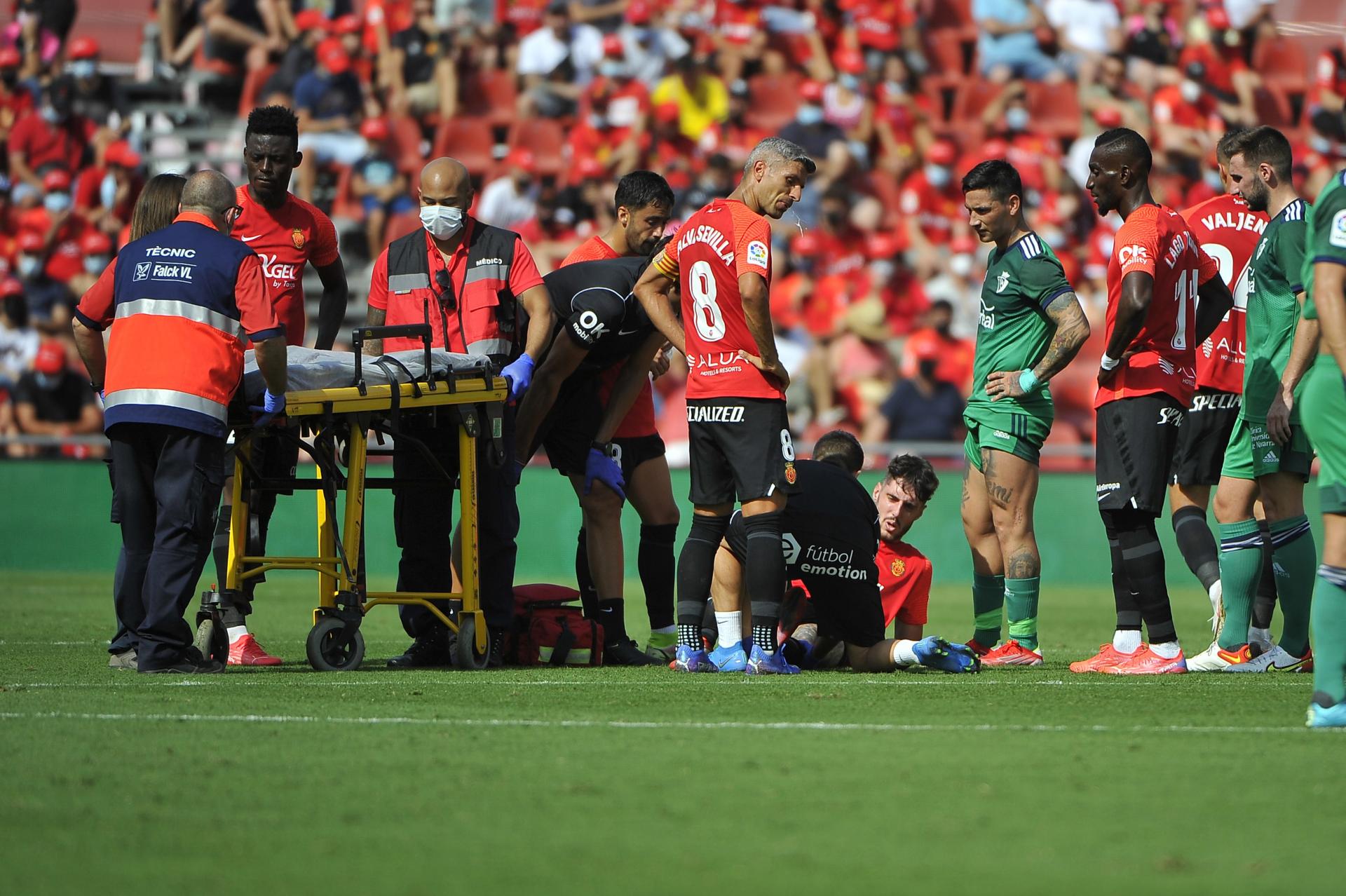 Minutes before Kang-In Lee was surprisingly substituted but looked to be holding his groin. The South Korean was the most inventive of Mallorca’s players. Of proven quality he stepped into Kubo’s boots (he’ll be missing for at least six weeks). Kang was cheeky, brave, determined in everything he did on Saturday and got a huge round of applause from the fans when he came off.

Osasuna looked the stronger outfit and indeed they showed their tenacity when in the 88th minute Javi Martinez side-footed the winner in a packed penalty area 2-3. The visitors appeared to want the result more and Mallorca looked down and out – until the fourth official’s board went up, 10 minutes added-on time.

Six minutes of extra time had gone when Unai Garcia elbowed Jaume Costa in the face in the penalty area. Referee Ortiz Arias, in only his second match in charge of a La Liga game, pointed to the spot – penalty. Dani Rodriguez picked up the ball, he was going to take it. But wait – oh no ! – the referee’s got the dreaded finger on his earpiece. The VAR boys in Madrid had intervened. Referee Iglesias in the VAR room cancelled the penalty indicated by the match referee. Afterwards replays showed that Angel Rodriguez, who was adjudged to have been offside, in fact wasn’t interfering with play, so the penalty should have been awarded, in my opinion. Mallorca were robbed of a possible point. A real kick in the teeth for the islanders.

SUMMING UP : Mallorca’s Slovakian goalkeeper Dominik Greif didn’t exactly have a dream debut. The first goal he got a touch to and could have done more, the second he had no chance with and the third went under his body. His distribution was average and he was hesitant in the penalty area for long periods. I don’t know if the sense of occasion was too much for him in goal but from what I saw on Saturday he was well shaky. Reina looked to have been made a scapegoat after Wednesday’s 6-1 defeat, however, I’m sure he will be back between the sticks for next Saturday’s home game against Levante, kick off 16:15.

The injuries to Niño and the departure of Kang turned the game on its head for Mallorca. This was a bad result for the team and they desperately need their injured central defenders, especially Antonio Raillo, back as soon as possible. Next week’s Levante home game is in the “must win” bracket. We’re now in 12th place on eight points.

With 60% capacity being allowed into the Son Moix, 13,163 expected attendance and fans sitting in their own designated seats (which were already paid for), only 9,359 turned up on Sunday – excuses being “too hot” and “too early.” There’s nothing worse than looking around the Son Moix in glorious (if hot and humid) sunshine, watching a La Liga game, and seeing swathes of empty seats. Let’s hope we get more on Saturday.