Mallorca's first away win of the season

Mallorca travelled to Lugo in Galicia, hopeful of a third win in a row and the first away from home this season.

The visitors mostly controlled the first half but without causing Lugo goalkeeper Ander Cantero too much alarm. Argentine Braian Cufré was prominent for Mallorca, shooting just wide on fourteen minutes and twice sending in crosses that Alex Alegria might have done more with.

Ten minutes into the second period and VAR confirmed handball by Lugo midfielder Carlos Pita in the area. Salva Sevilla stepped up to put the penalty away and give Mallorca a deserved lead. 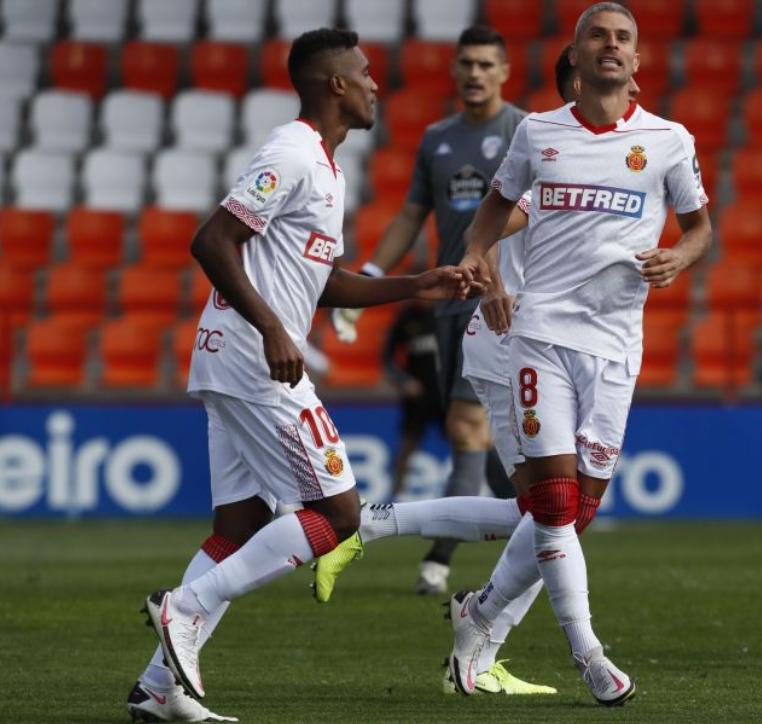 Lugo's response was partly prompted by former Mallorca full-back Eduard Campabadal. Reina in the Mallorca goal saved well from a Manu Barreiro header set up by a second good Campabadal centre. But Lugo rarely looked like denying Mallorca the three points, finishing the match with nine men, Xavi Torres having been sent off for a second bookable offence after 76 minutes and Pita receiving a second yellow in added time.