A point for ten-man Mallorca

Summary of the match. | LFP

Mallorca, away at Mirándes and looking to extend their three-match winning run, failed to capitalise on a couple of chances for Lago Junior in what was quite a high-tempo and at times bruising first half.

Lago was put in by the Senegalese Amath Ndiaye on eleven minutes and had another opportunity in the 39th minute. Ivan Martin went closest for Mirandés on twenty minutes after an error by Salva Sevilla, who almost atoned for this when shooting wide fourteen minutes later. Meanwhile, the yellow cards were mounting - three for Mallorca. 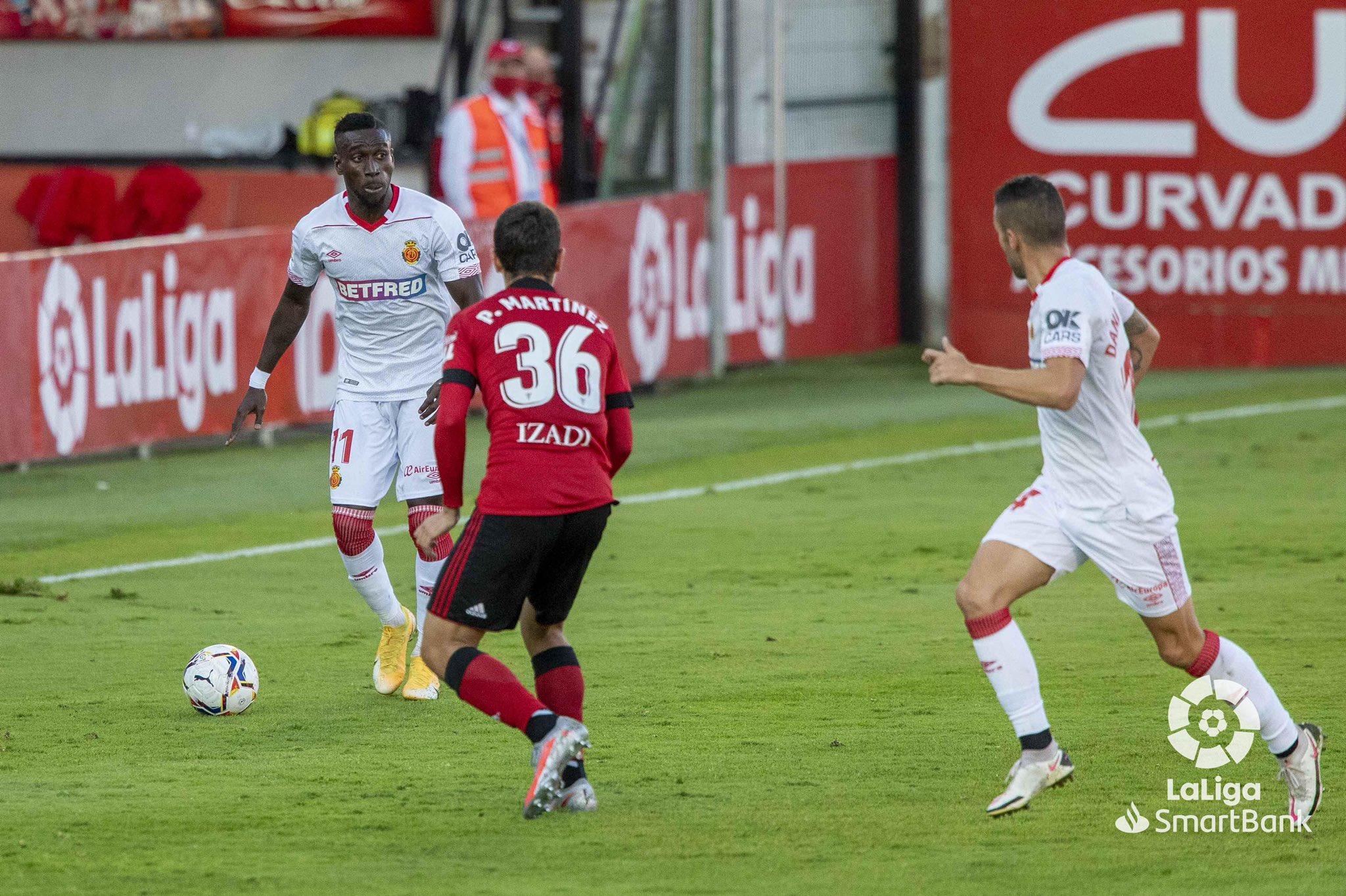 Immediately after the break, Pablo Martínez hit the bar for Mirandés. This was closely followed by the fourth yellow for a Mallorca player, Raíllo. Dani Rodríguez failed to convert a header in the 51st minute following a fine centre from Lago.

With fifteen minutes to go, Mallorca went down to ten men, Sastre getting his second yellow. The chances of the first half weren't coming, and so a draw looked like it would have to suffice. And it did.