Mallorca grind out another three points

Second-placed Mallorca away against mid-table Girona, and the visitors couldn't have hoped for a better start than the one given them after just four minutes by midfielder Salva Sevilla, who combined with striker Amath Ndiaye in shooting past Juan Carlos Martín in the Girona goal.

With Mallorca dominant, teenage Pablo Moreno (on loan from Manchester City) surprisingly appeared to have equalised for Girona after fifteen minutes. VAR was consulted, and there had been a clear push on full-back Joan Sastre by Moreno. So clear that it took all of four minutes to determine. 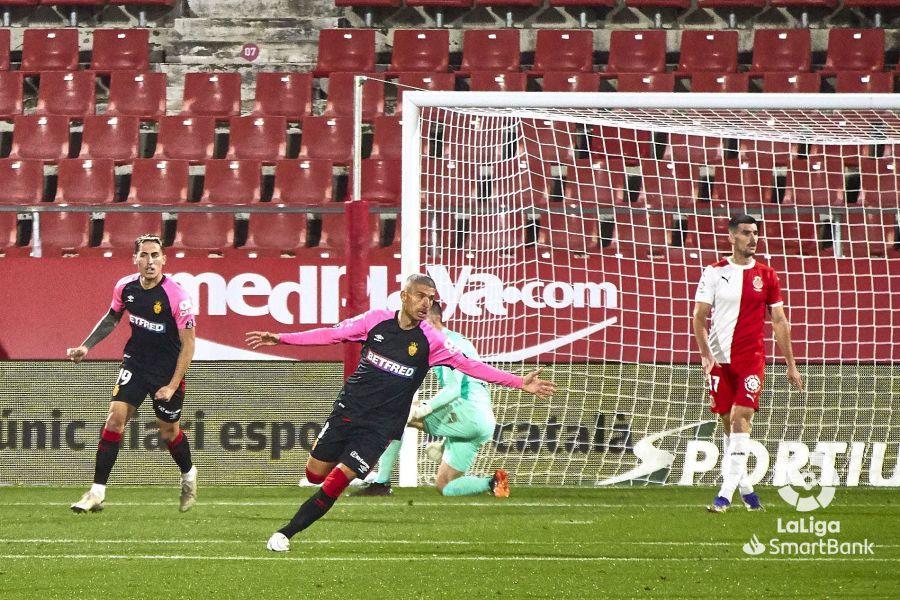 The momentum switched to Girona for a time, and the rest of the first half was pretty even without either side creating any genuine scoring opportunities.

Into the second half and Girona were in charge, Manolo Reina in the Mallorca goal pulling off a fine save to keep out Mamadou Sylla on 67 minutes. Aleix Febas, on for Braian Cufré, found himself one-on-one with Juan Carlos on 83 minutes but was unable to take advantage.

Immediately afterwards, there was a straight red for Girona centre-back Jonàs Ramalho following a coming-together with Marc Cardona, whose reaction contributed to the red. The game livened up in the final minutes after what had been an uninspiring second half, Mallorca's early goal having been the difference. After the final whistle, Girona's Sylla was shown a second yellow for protesting.

Dont know what game you watched, I thought in general Mallorca had this game under control, Last two matches they have played really well. Seem to be moving the ball forward faster and more direct. And even if they did as you say grind out a result, winning ugly has them second in the table, have not lost a game for ages. Agree with two points, the time it took to disallow Girona goal was a joke, and Cardona's reaction when clouted by the the Girona player was a disgrace.