Logroñés ended the match with nine men on the pitch

Summary of the home match between Real Mallorca and Logroñés. | Última hora

Mallorca at home to Logroñés from Logroño in La Rioja, who were on a run of six consecutive wins prior to Sunday's match against the leaders of LaLigaSmartBank.

Logronés hadn't conceded a goal in their last five games, but that run ended in truly extraordinary fashion. After just two minutes, the visitors' Andoni López handled in the penalty area in stopping Salva Sevilla's goal-bound effort. López received a straight red. Dani Rodríguez took the penalty, which was saved by one-time Mallorca goalkeeper Roberto Santamaria. VAR was consulted. Players had encroached, and the penalty was retaken. Santamaria saved again from Rodríguez, but Sevilla put home the rebound.

Eight minutes had gone by the time that Sevilla scored, and Mallorca immediately almost went two up through Antonio Sánchez. Following this, Santamaria once more saved from Rodríguez after 23 minutes, Íñigo Ruiz de Galarreta struck the bar for Mallorca on 39 minutes, and a minute later Amath Ndiaye made it two after a Sevilla corner.

Santamaria, whose return to Mallorca had certainly been eventful, was injured after 56 minutes and was subbed by Ukrainian Yaroslav Meykher, who was soon watching a Galarreta effort go just wide. 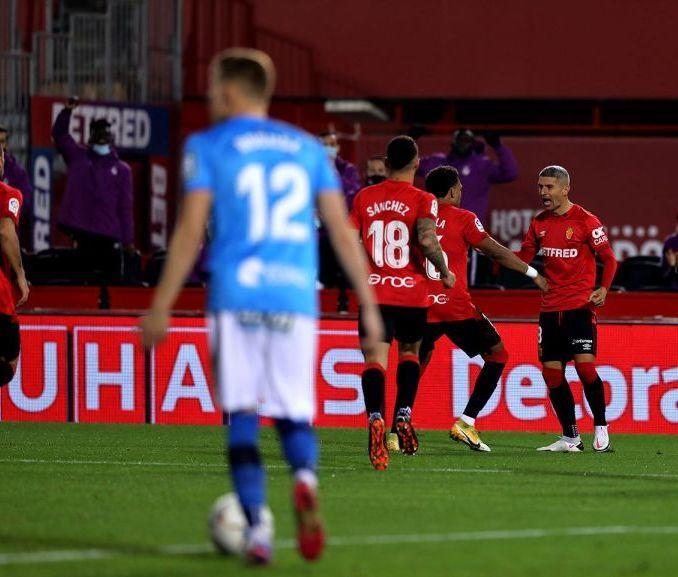 With thirteen minutes remaining and all substitutes used, the evening got worse for Logroñés when forward David González went off injured. Down to nine men, Meykher (aka Yari) saved well from Brazilian Murilo de Souza, and with five minutes remaining 16-year-old Luka Romero (on for Galarreta) put a powerful shot past Yari that hit a post before going in.