During a week when save-the-planet activist Greta Thunberg urged the Chinese to abandon traditional food sticks (chopsticks and kebab scewers) and thus preserve trees – the Chinese urged her to get back to school where she can find out that the sticks are in fact made from bamboo and are grass ! – Real Mallorca are falling apart after they suffered back to back defeats for the first time this season, losing 1-0 to second-bottom Sabadell on Monday night.

We blew yet another chance to open up a nine point gap over third-placed Almeria and more or less handed the La Liga SmartBank title to Espanyol. Everything that was good about Real Mallorca (especially away from home) two months ago seems light years away as now we can’t even score a goal. Eight points from a possible 24 is not conducive to automatic promotion.

Just to rub salt into our gaping wounds, Galarreta, just back from a seven-game injury absence, left the pitch near the end with what looked like a hamstring problem. Dani Rodriguez, arguably our most charismatic player, received his fifth yellow card, which carries a suspension and, oh yes, our coach Luis Garcia Plaza was shown a straight red card just before the end for protesting to a shocking referee.

This was a key game for Mallorca that could have settled the automatic promotion situation. Instead of going nine points ahead of third-placed Almeria, the gap is now only six with six games to play – 18 points to play for. If a goal against Castellon was all that was missing 11 days ago, then Monday’s game had the same problem and some.

We were very DISAPPOINTING. Mallorca got off to a bright start and had the ball in the net after just 40 seconds but Gimenez was a yard offside. That’s all he did all game and after 10 minutes Mallorca ceased to look dangerous, passing the ball sideways and backwards.

In the 10th minute a Cuevas effort warmed Reina’s gloves and three minutes later Sabadell scored. They won a corner which reached Jaime near the penalty spot and his overhead kick went in 1-0. In front of goal or at the edge of a packed penalty area we didn’t have a scoobie.

After the break, LGP brought on Uncle Fester (Victor Mollejo) but could easily have introduced Lurch for all the input he had on proceedings. Mallorca lacked any cohesion in attack against a Sabadell rearguard who defended for their lives. Sabadell’s goalkeeper Ian Mackay (Spanish mother/Scottish father) made a string of saves to thwart Mallorca but our attackers were, to coin a phrase from back in the day, “powder puff” !! A half-fit Abdon Prats came on for the last 15 minutes but he hardly got a kick. 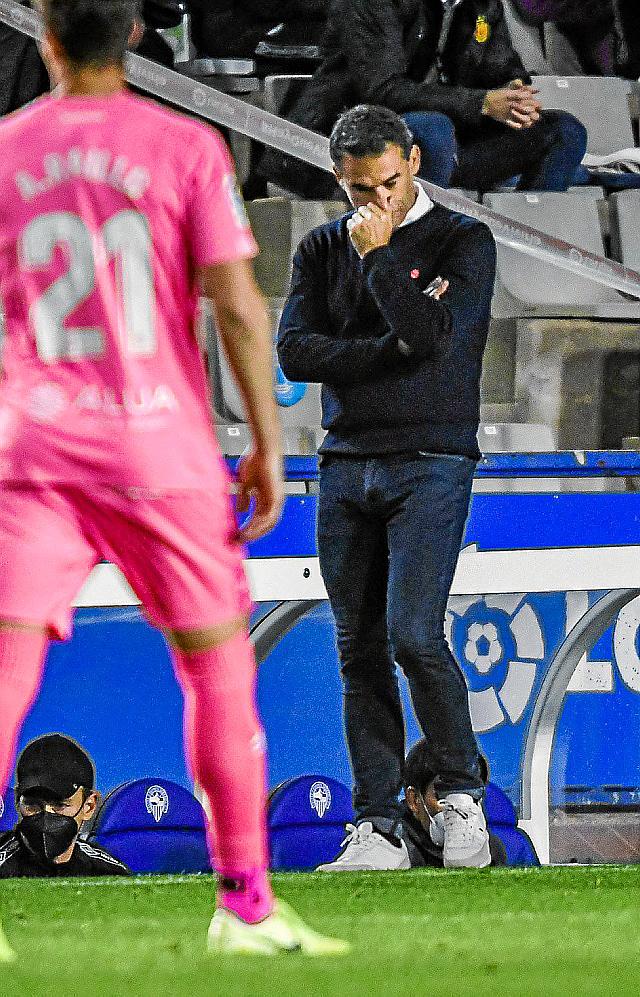 Four minutes added-on time made no difference to our cause (apart from our coach seeing red), we couldn’t even get a draw. Match stats showed we had 70% possession with 15 shots on target, they had four and, for the first time this campaign we’ve lost back-to-back games. A depleted Mallorca play Mirandes in the Son Moix on Saturday at 18:15.

Now nobody is afraid of playing Real Mallorca, we’ve lost that killer instinct we had earlier in the campaign. With Almeria about to bring in a new manager, they’ll be all fired up. The question is now : Can we get over the line in the six games remaining, or do we have to play in the dreaded play-offs ?!

The Premier League will have a Mallorcan connection next season after Watford bounced back into the top level of English football at the first time of asking. Their manager is 40-year-old Xisco Muñoz from Manacor who took over at Vicarage Road five months ago in which time “The Hornets” won 17 games out of 24. He arrived from Georgian club Dinamo Tibilis where they won the league. 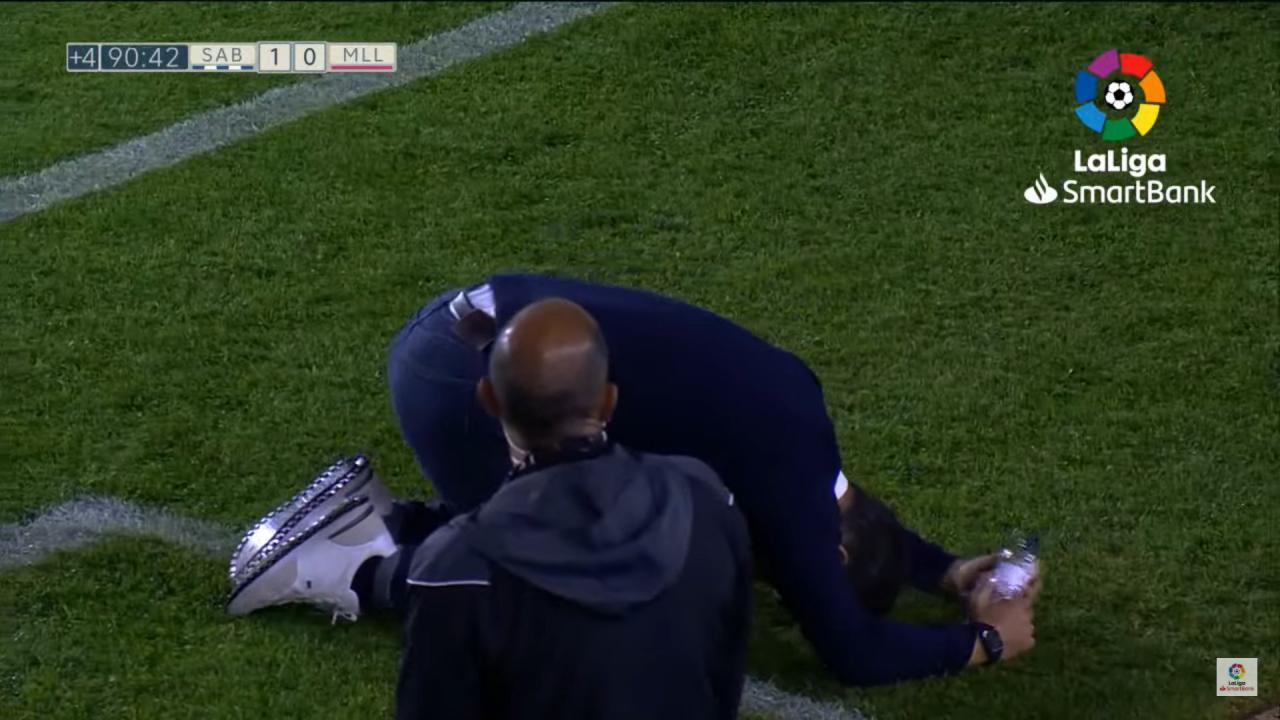 Xisco began his footballing career in the youth ranks of Real Mallorca in 1998. After that came his nomadic playing time and he turned out for, amongst others, Valencia, Betis, Levante and Recreativo Huelva, who he played for in the 2003 cup final against us. More recently in 2016 Muñoz joined Nastic Tarragona and was assistant to our ex manager Vicente Moreno.

AND FINALLY, a beautiful, well endowed, young lady goes to her local pet shop in search of an exotic pet. As she looks about the store, she notices a box full of frogs. The sign says : “Sex Frogs ! Only £20 each ! Money Back Guarantee ! Comes with complete instructions.”

The girl excitedly looks around to see if anyone’s watching her and whispers softly to the man behind the counter, “I’ll take one.” The man packages the frog and says “Just follow the instructions carefully.” The girl nods, grabs the box and quickly makes her way home.

As soon as she closes the door to her apartment, the girl takes out the instructions and reads them thoroughly, doing exactly what it says to do : 1. Take a shower. 2. Splash on some nice smelling perfume. 3. Slip into something sexy. 4. Crawl into bed and place the frog down on the bed. She then quickly gets into bed with the frog and, to her surprise, nothing happens !

The girl is totally frustrated and quite upset at this point. She rereads the instructions and notices the print at the bottom of the paper : “If you have any problems or questions, please call the pet shop.” So the lady calls the pet shop. The man says “I’ve already had some complaints earlier today. I’ll be right over.” Within five minutes, the man is ringing her doorbell.

The lady welcomes him in and says “See, I’ve done everything according to the instructions and the damn thing just sits there.” The man, looking very concerned, picks up the frog, stares directly into its eyes, and sternly says, “Listen to me, Kermit. I’m only going to show you how to do this one more time !”