Any resemblance to a professional football match was purely coincidental

During a weekend when it says a lot about the state of politics in the UK, that you are more likely to be ousted by a Christmas party than the Labour party – Real Mallorca, in a game seriously affected by a howling 70+ kph gale, extended their unbeaten head to head record against Celta Vigo to seven in an insipid 0-0 draw in front of 10,655 fans on Friday night in the Son Moix. The islanders have now lost only once in their last eight La Liga games but it’s a run dominated by six draws. 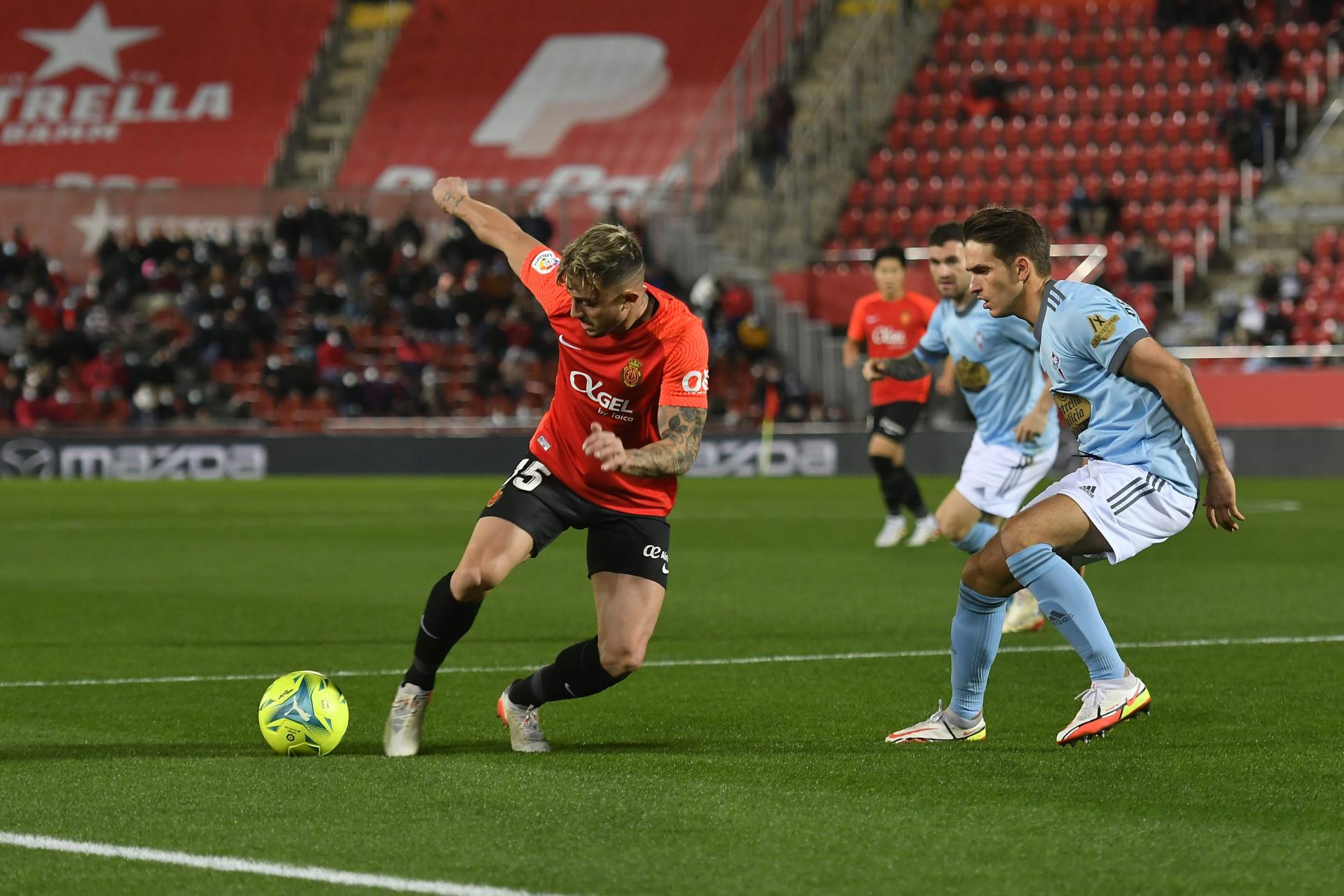 The opening few minutes were farcical as play was stopped on several occasions due to strong winds buffeting around the Son Moix, which caused problems for goalkeepers and their goal kicks and players taking corner kicks.

Part of an advertising hoarding broke loose before coming to rest on the edge of the penalty area, then the match officials’ communications technology became affected causing, all in all, eight minutes to be added on at half time.

Celta’s Santa Mina was hit full on in the face with the ball near the interval and both teams’ medical staff attended the pole-axed player who left the pitch on a stretcher, being applauded as he left to go to hospital for a concussion check.

Once all these early shenanigans were overcome, we were treated to a scrap-fest and a serious lack of quality with neither side able to take control or create any clear cut chances until Celta came close on several occasions near the end.

At half time the pitch sprinkler system was switched on and people in the main stand were getting soaked as the spray was being carried by the wind straight into the crowd.
Both goalkeepers were having a quiet time and frustration was growing with the players as the wind dominated the game.

Manolo Reina in the home goal made a string of stunning saves to make sure Mallorca didn’t lose as the game limped to its conclusion.

SUMMING UP: One established local journalist reckoned the game shouldn’t have been played because of adverse meteorological conditions, saying it was a feat just for players to keep their balance.

He had a point because even the floodlight pylons were shaking.
Any resemblance to a professional football match was purely coincidental.

Forced to face a scenario that was unfamiliar to them, Mallorca just didn’t adapt to the situation and they could have lost this game if it hadn’t been for the brilliance of veteran goalkeeper Manolo Reina in the last 10 minutes, in what was easily his best game of the season.

The wind turned the match ball into a beach ball and the trajectory of the spherical object was nigh on impossible to decipher.

The attempts, the desires, the security of the passes all went out the window.
The wind was in our favour in the first half but we failed to take advantage of it as clearances were either too short or too long depending on which part of the pitch the player was. The die-hard fans who turned up on a horrid night must be given a mention, they had to be real aficionados not to find something else to do on a Friday night.
There were constant interruptions from another useless referee who let lots of Celta’s misdemeanours go unpunished.

Towards the end, Celta introduced the much-travelled ex Man. City and Barcelona player Nolito and he almost nicked the winner at the death, but man of the match Manolo Reina wasn’t to be denied on the night.

The only crumb of comfort from Mallorca’s point of view was that they’ve finished their home games in 2021 on 20 points.

That’s halfway to their predicted target of 40 points which could be enough for the Palma side to reach their objective – permanency in La Liga.

Next Sunday we’re away at Granada, kick off 2 pm, then it’s the festive break before we entertain Barcelona at the Son Moix on Sunday, January 2 at 9 pm.

Hopefully hurricane Barra will have blown away by then and we’ll see a decent game of football as home fans suffered their second consecutive 0-0 home draw.

AND FINALLY, food for thought:
Next time you’re feeling down, remember life is all about perspective.

I have a friend who has sex two or three times a day, exercises twice a day, reads two books a week, watches Sky TV, yet every day he complains about how much he hates being in prison!