Relegation worries back on the agenda

A toothless Real Mallorca suffered their third consecutive defeat, the second in Palma, failing to score in these two home games, when they went down 0-2 in front of 11,550 fans in a rain-soaked Son Moix on Wednesday night to Real Sociedad. We had a single shot on target all night from Kang In-Lee in the 86th minute.

For some reason our coach Luis Garcia Plaza (serving the first of a two-game suspension from high in the stand) decided to go back to the old system of playing one up front. Muriqi had few chances and spent most of the game out of position.

Mallorca threatened early doors but were soon chasing shadows as Sociedad passed the ball around like a stroll in the park. The visitors had so much more skill and talent than us and in David Silva they had the best player on the pitch by a mile. We created zero danger in front of goal and lacked punch and conviction against a Real Sociedad side with SEVEN of their normal starting XI out for one reason or another.

In the 35th minute Sociedad went ahead and the goal was simplicity itself. The incombustible David Silva with silky smooth football stroked in the opener after a brilliant move involving the pass of the season, 0-1. Silva marked the 500th appearance of his career producing a hammer-blow by being instigator of the visitors’ second, when Merino slotted home at the second attempt. He then nearly scored a third with a sublime effort which rebounded off the bar.

With half an hour left LGP opted for changes, bringing on youngster Llabres from Binissalem and the American Matthew Hoppe; nobody could remember when the latter last played for Mallorca ! We went through the motions of trying to muster an attack but what remained was a clear demonstration of impotence. Our build-up was so pedestrian and our performance was one of the most frustrating we’ve displayed all season.

A good opportunity to widen the gap with relegation candidates below us had been lost and the next two games, away at Celta Vigo and home to Real Madrid, do not exactly invite optimism. 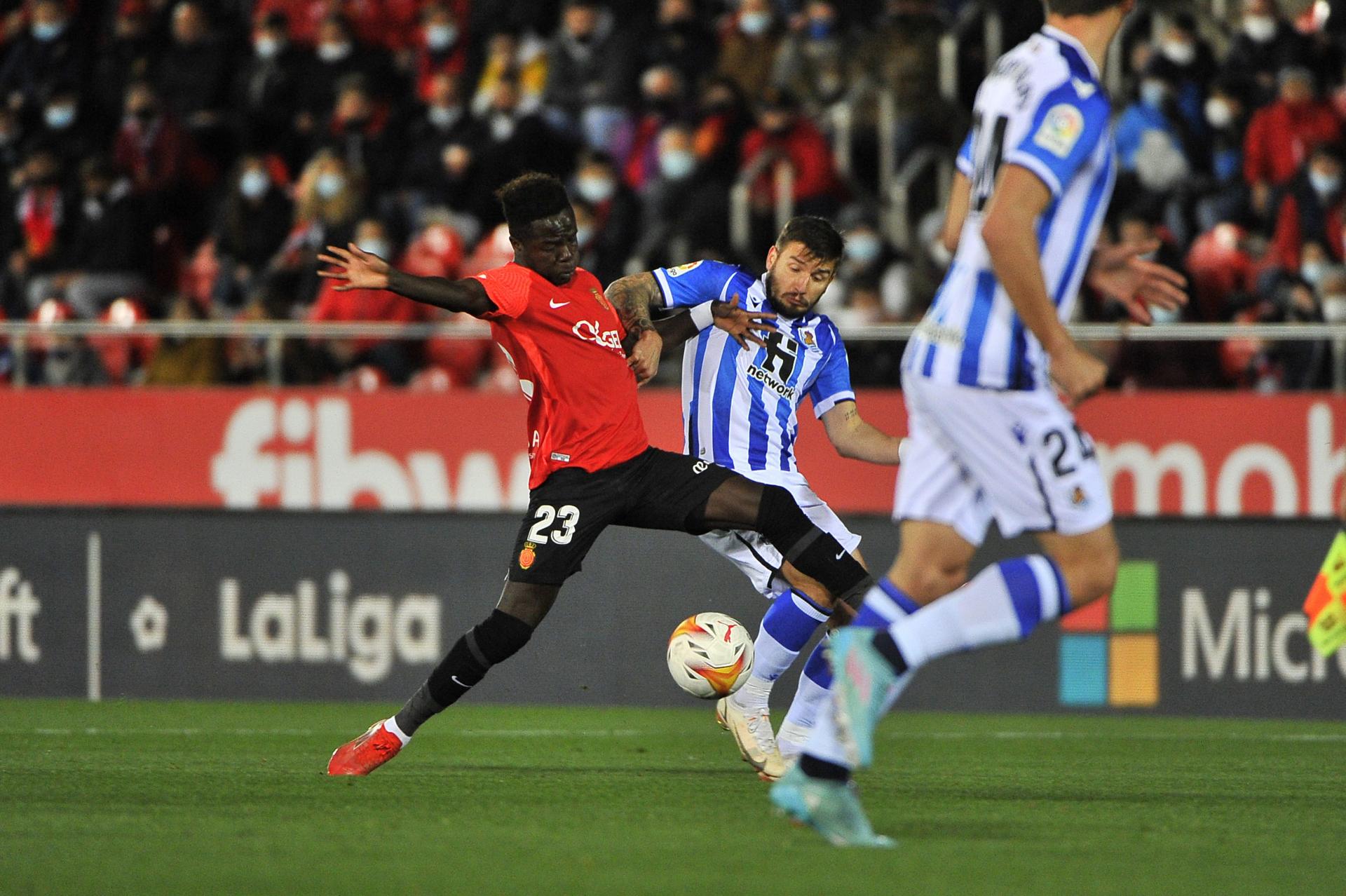 Again, when the team has performed well since the arrival of our behemoth new striker Muriqi, we played the tried and tested 4-4-2. Muriqi needs someone to accompany him up front and Angel should have started. On Wednesday night the visitors cruised to victory and we didn’t really create anything. The defeat leaves Mallorca on the fringe of a relegation dogfight in 16th place and only five points from the bottom three.

At the moment the Palma side have fallen apart with 12 games left to save our season in top flight Spanish football. Mallorca play at Celta Vigo on Sunday night at 18:30. I’ll be writing about this game and my favourite subject at the moment, referees, in Sunday’s Bulletin.