The deafening cheers erupting around Wimbledon as Rafa Nadal stood at the baseline, bouncing a ball and poised to take a two-set lead against Sam Querrey, provided the newsflash he welcomed and dreaded with equal measure -- Roger Federer was through to the semi-finals.

It meant it was game on for a Federer-Nadal blockbuster and all the Spaniard had to do to ensure Act 40 of the most compelling rivalry in tennis became a reality was to win one more point and another set.

And there was no stopping Nadal on Wednesday as he soaked up 22 thunderbolt aces to flatten Querrey 7-5 6-2 6-2 and reach his 32nd Grand Slam semi-final and seventh at Wimbledon.

Ever since the draw set Nadal and Federer on a collision course, tennis fans around the world started dreaming, hoping and longing that the two most successful players on planet tennis would renew their rivalry on the sport’s greatest stage for the first time since their mesmerising 2008 twilight epic.

In recent years Nadal had declared he was "not stupid" as he would "prefer to face an easier opponent" than the eight-times Wimbledon champion on his favourite patch of turf.
But since that was no longer an option, the Spaniard admitted that he was excited to see how the latest installment in their shared history would pan out. 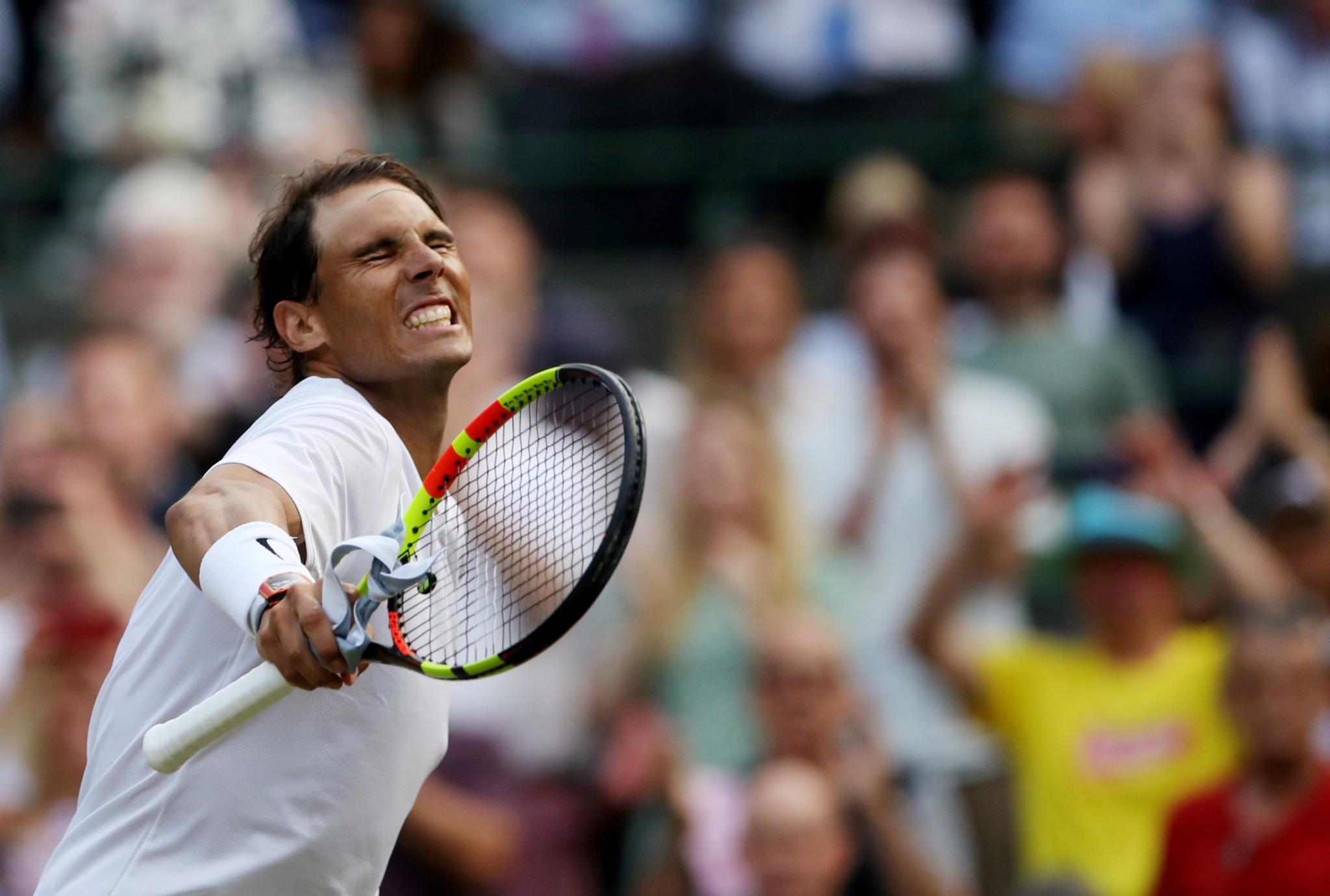 "Playing against Roger is always a unique situation. Excited to be back on this court against him after 11 years. Means a lot for me and probably for him, too," said the 33-year-old Nadal, who leads Federer 24-15 in their head-to-head meetings.

"I am excited to play Roger again at Wimbledon after such a long time."

Mission impossible
Perhaps it was the anticipation of setting up that mega showdown that provided the spark that the Spaniard needed to make a jaw-dropping start to his quarter-final against Querrey as he won all 12 points during his first three service games.

Querrey, a semi-finalist here in 2017, finally got a foothold on Nadal's serve in the eighth game but making any form of sustained attack proved to be mission impossible.

A warning for a time violation threw third seed Nadal, who had already squandered four set points, off his service stride in the 10th game and allowed Querrey to break back for 5-5.

But that was as good as it got for the 6-foot-5 American as his serve might have been on fire but everything else was misfiring.

Querrey had bulldozed his way into the last eight by firing down 100 aces and winning 71 of his 72 service games.

But when it came to facing a man who owns 18 Grand Slam titles, Querrey knew that such stats were meaningless.

"It's his least favourite place of the slams and he's finalled it five times (and won twice). And he's been rolling through guys. It's going to be tough," the unseeded American said in the build-up to the quarter-final.

That assessment was spot on as an airborne Nadal was celebrating with a fist pump after sealing the first set with a service winner and could have drilled a volley right into his opponent's chest to win the second but gently, and politely, tapped it away to take a 2-0 lead.

As he sprinted back to his chair, the 37-year-old Federer's winning score flashed up on the Court One screen but Nadal had no time for such distractions.

Instead he pulled out a fresh shirt from his bag and slipped it over his head as he needed no official confirmation about the identity of his next opponent -- the deafening roars still ringing around the grounds had already done that.

Thirty five minutes later, the Majorcan whipped a forehand winner on match point to make sure it was game on with Federer in Friday's semi-final.

Nadal's victory meant it was the first time more than one Spanish man had reached the Wimbledon semis in the same year, with Roberto Bautista Agut also through to the last four after he beat Argentine Guido Pella in an earlier quarter-final.