'I Vuelta a Mallorca' is for the visually impaired

Mari Carmen Soler, President of the Territorial Council of the ONCE and Catalonian-born, Minorcan Daniel Guile, who are both blind, have just completed the first 'I Vuelta a Mallorca in Tandem', demonstrating that if you put your mind to it challenges can be overcome.

It was a tough test because of the route and the bad weather that the cyclists had to fight against, especially in the first two days when they were subjected to rain, hail, sun and wind during a stretch that was mostly uphill. 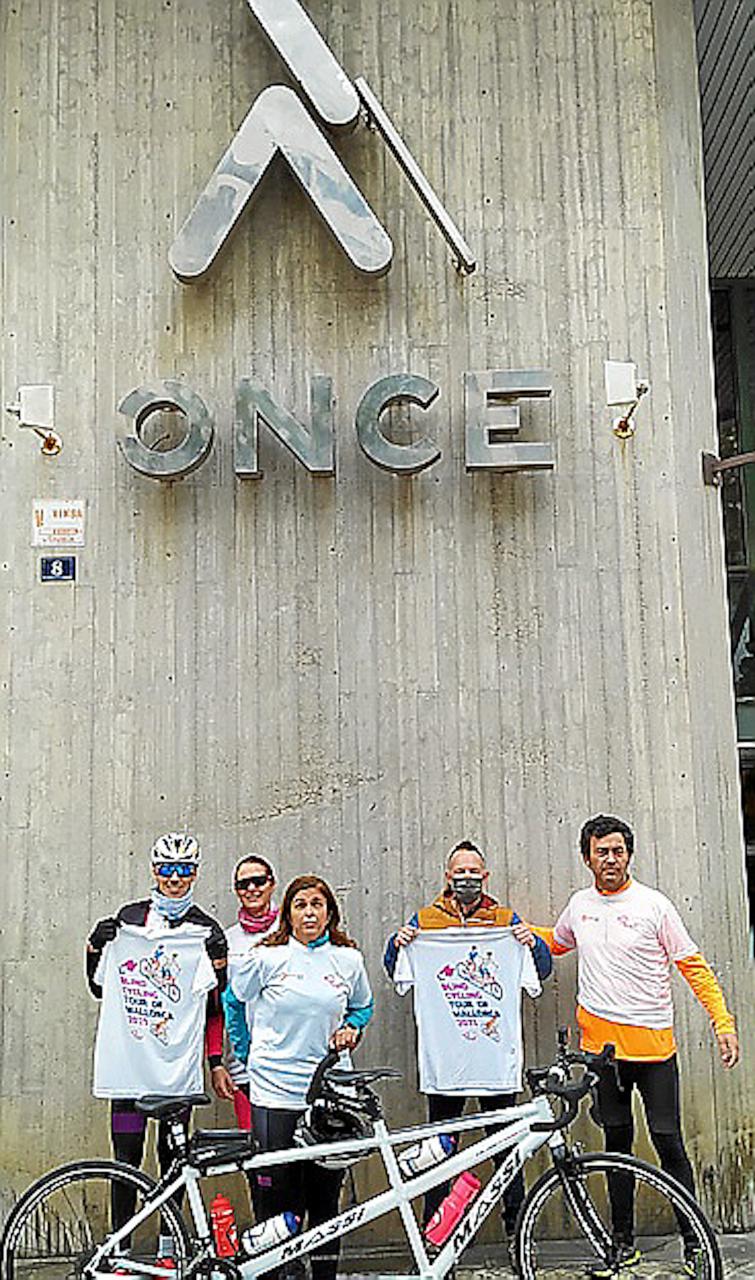 'I Vuelta a Mallorca' for the visually impaired departed from ONCE headquarters in Palma on the first stage, which is 106 kilometres long and runs from Palma-Andratx-Estellencs-Banyalbufar, Deya and Soller.

Mari Carmen was guided by Germán Helling and Miguel Ángel Caldem rode with Daniel Guillem, but it wasn’t a question of being first, it was about arriving and all of them did. 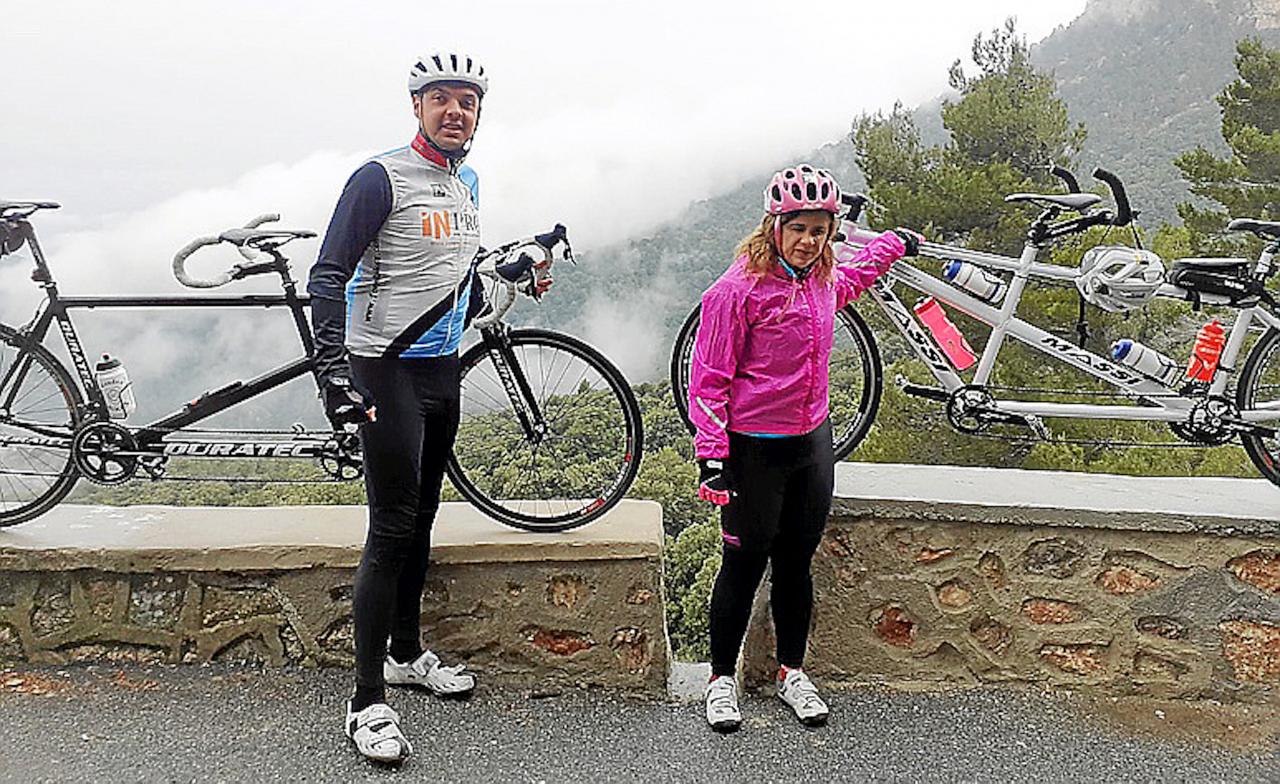 They were accompanied by Tere Prior and Minorcan Lázaro Cardell on bikes and a support car, driven by Ramón Mulet with photographer Miriam Ali as a passenger, along with Mari Carmen’s two guide dogs, ’Quelly' and ‘Jarold'. Rosa Boscana and Ruth Flores also joined in on their bikes for about 40 km.

They spent Friday night in Soller and left at about 09:00 on Saturday to start the second stage, from Soller-Pollença via Lluc, which is 60 kilometres of hard grind and they got drenched into the bargain, but with the help of Mari Carmen, Guile and the support team they got through it.

The third stage between Port de Pollença and Portocolom was plain sailing with just a couple of minor climbs and much easier than the previous two stages. 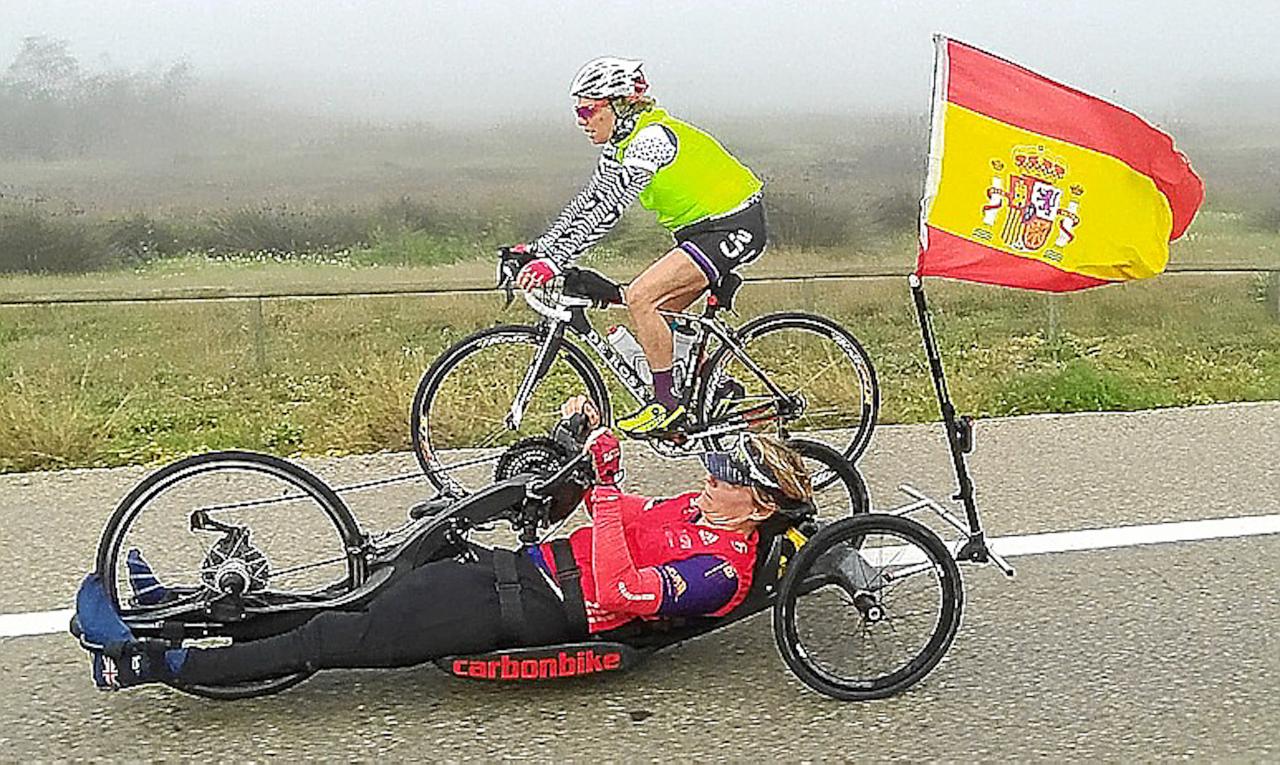 The tandems were the same as on Saturday, Mari Carmen-Germán and Miguel Ángel Caldem-Víctor with Lazarus accompanying them and Ramon and Miriam in the support car with the guide dogs. Triathlete Helena Bellini and Paralympic medalist Karen Darke also joined them for part of the 83 kilometre route.

The last stage between Portocolom and Palma was 96 kilometres long with Germán as Mari Carmen's guide and Miguel Ángel Fuanbuena as Daniel Guillem's, Lázaro cycling alongside, and Cati Pons driving the support car with the guide dogs and photographer Miriam.

They reached the finish line in front of ONCE headquarters at around 14:00, after cycling 345 kilometres in 4 stages with more than 5,000 metres of positive gradient and immediately gave thanks for all the support they'd received from the sports team +Qtril, Corecaminos imparables and Reclam 20,12, without whom, they said, everything would have been much more difficult and complicated.

Mari Carmen and Daniel are already thinking about their next challenge and are hoping more blind people and their companions will be inspired to take part. 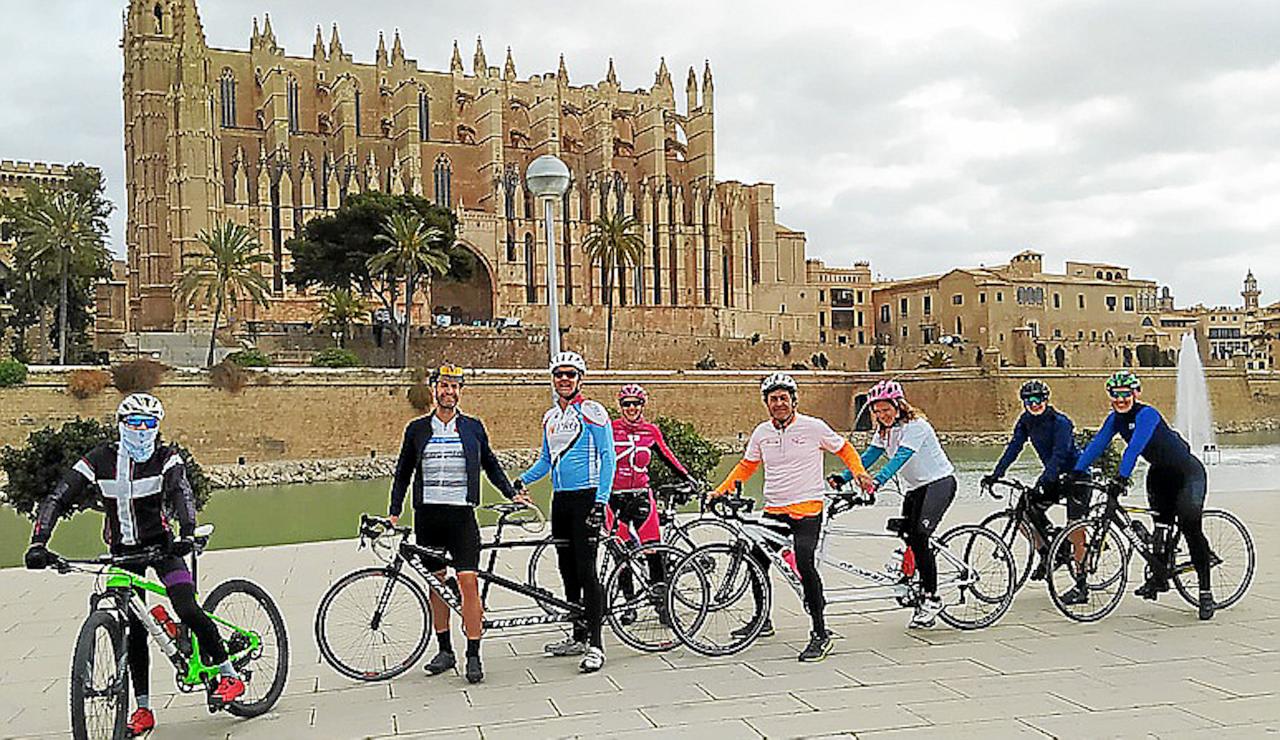 Lisa Shuttlewood | about 1 year ago

Congratulations !! Fantastic to all of you cyclists. I pilot Tandems sometimes both on the road and the Track racing. They are great fun. Love to see more of this in Mallorca. :-)