Art and wine converge in Manacor

Toni Gelabert who owns Vins Toni Gelabert in Manacor, has come up with a unique way to bring together his two great passions, art and wine.

The Fusió 5 project mixes the four elements: fire, air, water and earth through five works of art and five wines. 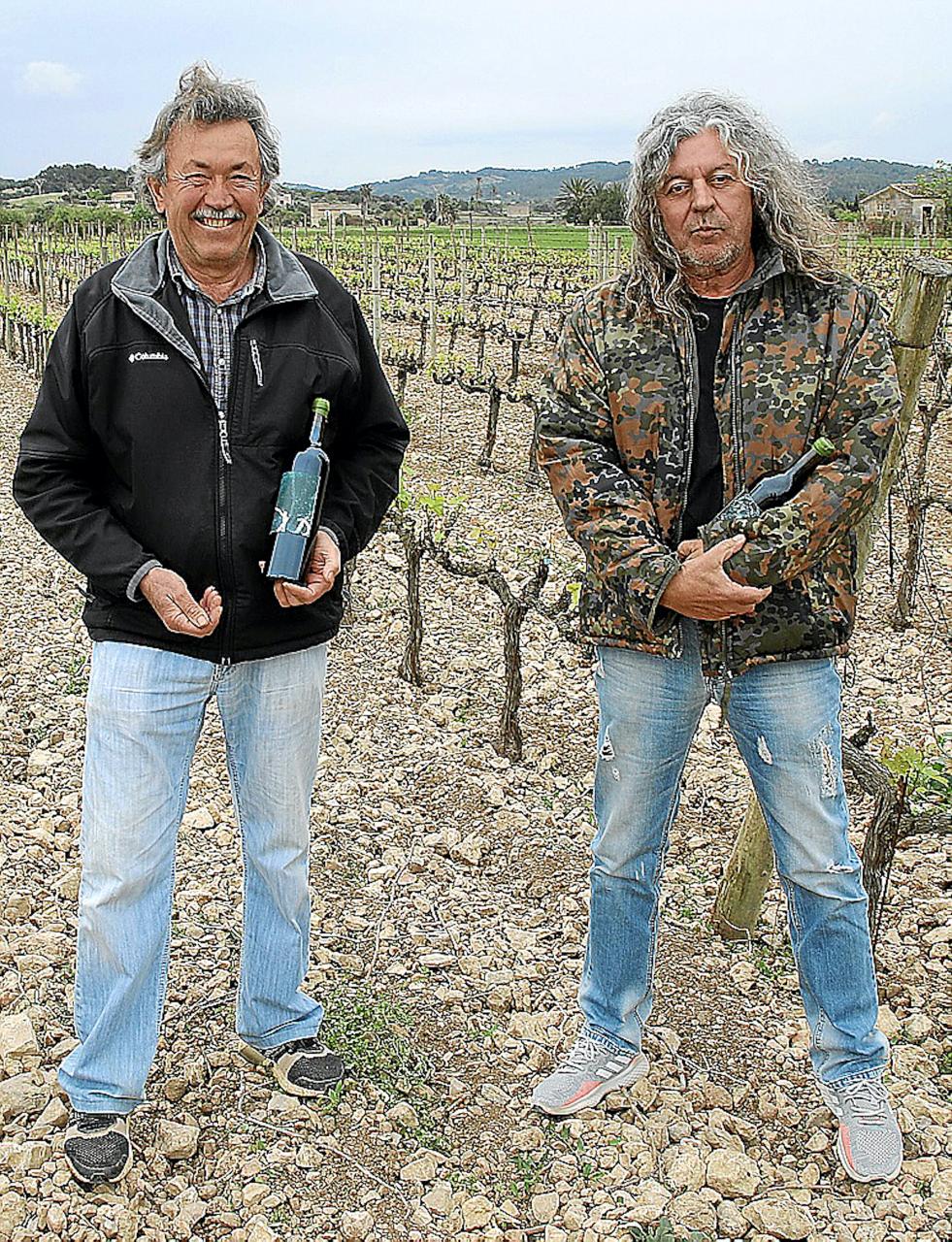 The first project starred Albert Pinya and Guillem Nadal and for the second one Nadal teamed up with the Cuban writer and art critic Ivan de la Nuez.

"Years ago I had a joint exhibition with him in which we explored the relationship and boundaries between literature and painting with texts by Montaigne," explains Guillem Nadal, who’s from Sant Llorenç. 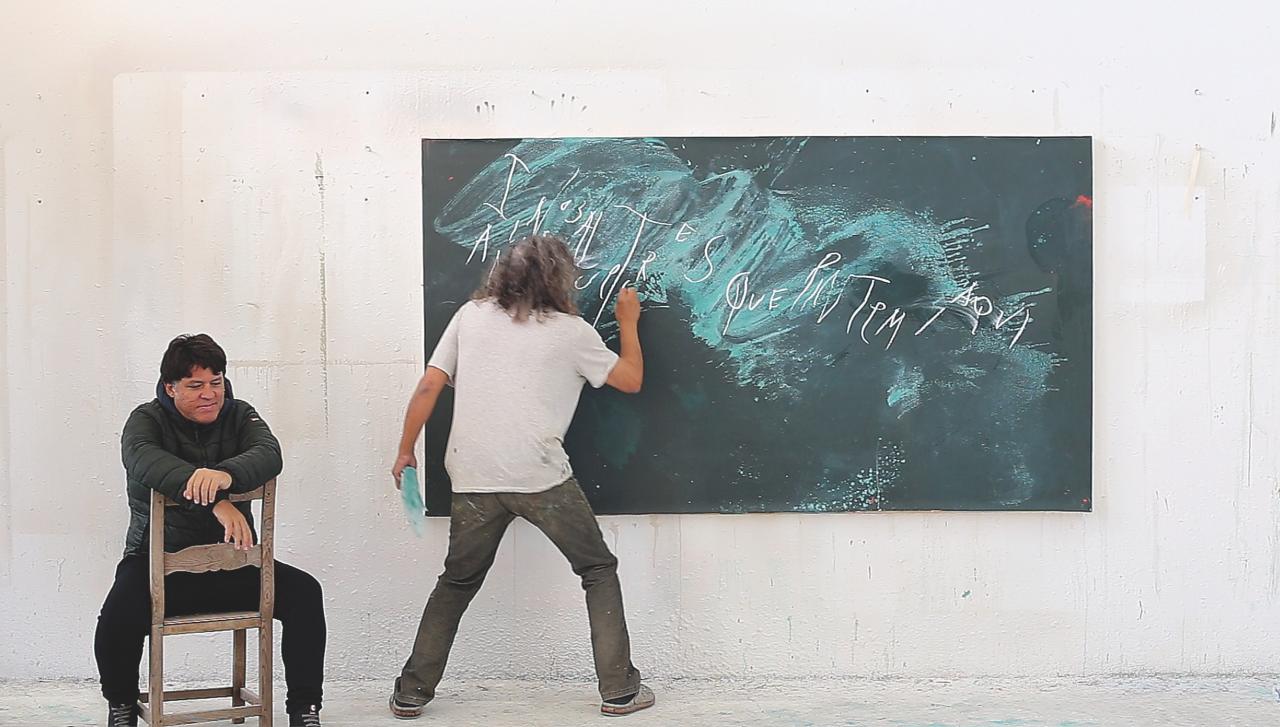 Nadal had painted a 2.40 x 1.30 metre canvas and one morning De la Nuez began to recite phrases, which Nadal wrote on his work with chalk. It took just over an hour and the performance was recorded on video by Nadal's partner, Eulàlia Piera.

“It was curious, because Ivan told me sentences in Spanish, but he wrote them in Catalan and I had to keep in mind that I had to write them in a way that was integrated into the picture,” he says. 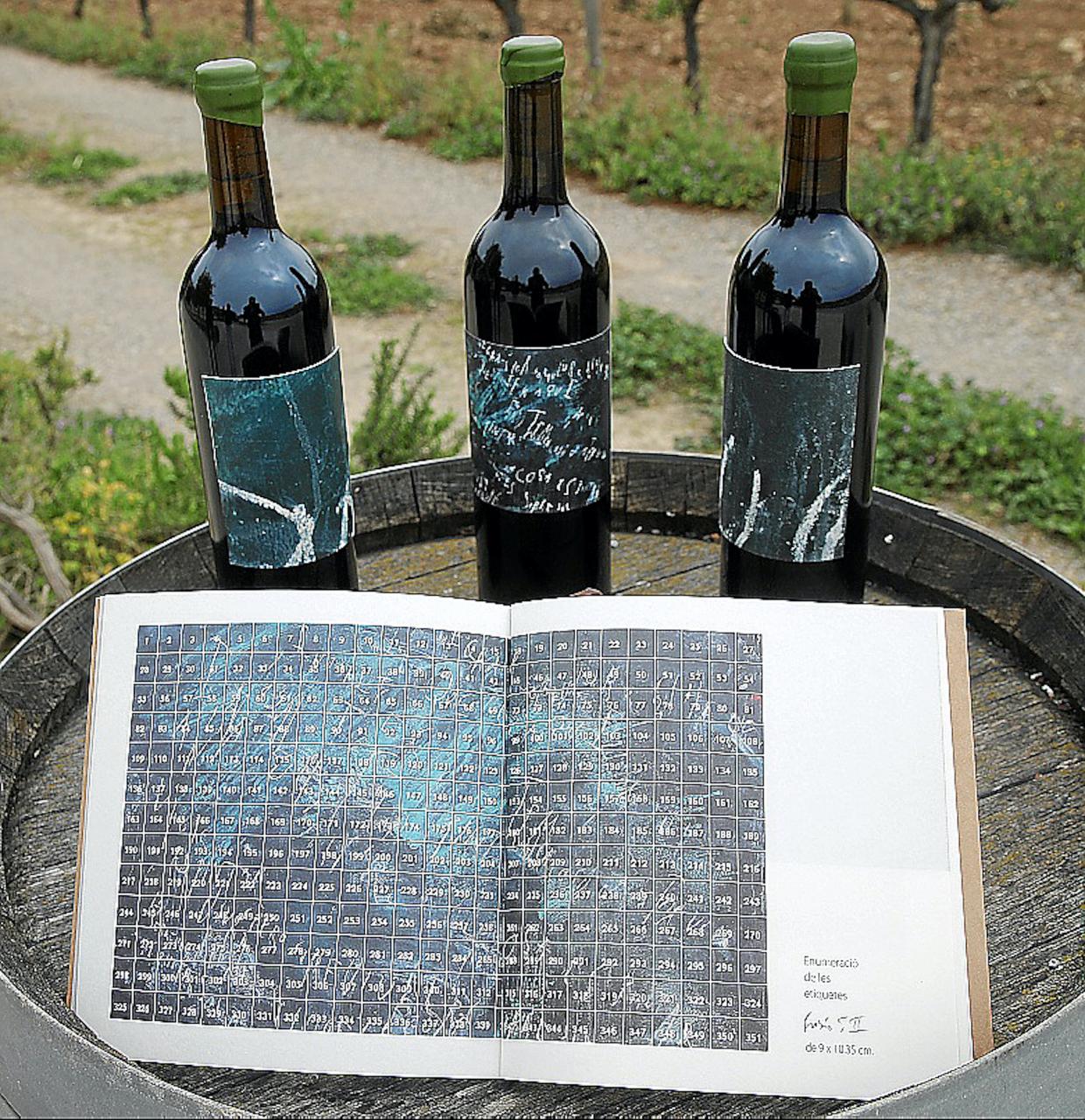 “They are the best indigenous varieties and the most appreciated Internationally,” says Toni. “I like round wines, the fruit of a job well done and I think that at this time the important thing is to carry out projects that strengthen human relationships and true friendships. This wine has been in oak barrels for 12 months and aged for two years in the bottle.” 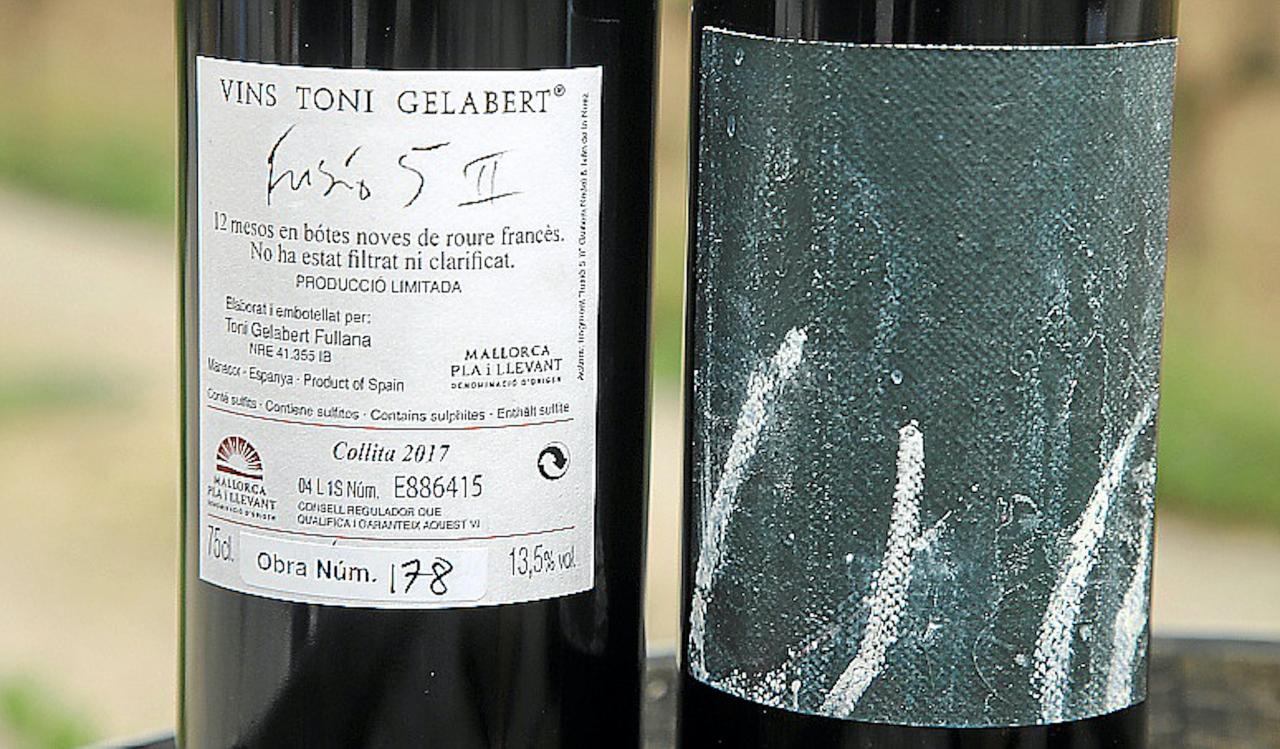 One of the most delicate processes was to divide the work into 351 parts and then glue each piece on the front of the bottle and put the number the work belonged to on the back.

"We have prepared boxes of six bottles, five of them are individual and in one the entire work is reproduced," says Gelabert who adds that more than 500 bottles were produced, but insists that none of them are for sale.

"This project would lose its essence if an economic benefit was sought," he explains.

Living, painting and drinking is the theme of the project in which Nadal and De la Nuez ask themselves: What do we paint here? In this world ...To paint something is to live; To live something is to paint; But to survive; Don’t overpaint.