Spanish troops deploy in Ceuta after thousands break in from Morocco

A Spanish legionnaire stands in front of Moroccan citizens, after thousands of Moroccans swam across Spanish-Moroccan border on Monday, in Ceuta, | Reduan

Spain has deployed troops to Ceuta to patrol the border with Morocco after thousands of migrants swam into the northern African enclave, in what Prime Minister Pedro Sanchez called a serious crisis for Spain and Europe.

Soldiers in armoured vehicles were guarding Ceuta's beach on Tuesday. Dozens of migrants swimming and wading close to the beach appeared to be moving away from where troops stood. Hundreds of other potential migrants stood on the Moroccan side of the fence that separates the Spanish enclave from Morocco.

Videos shared online showed migrants entering Ceuta earlier, by swimming and by climbing over the fence, unimpeded by Moroccan authorities. 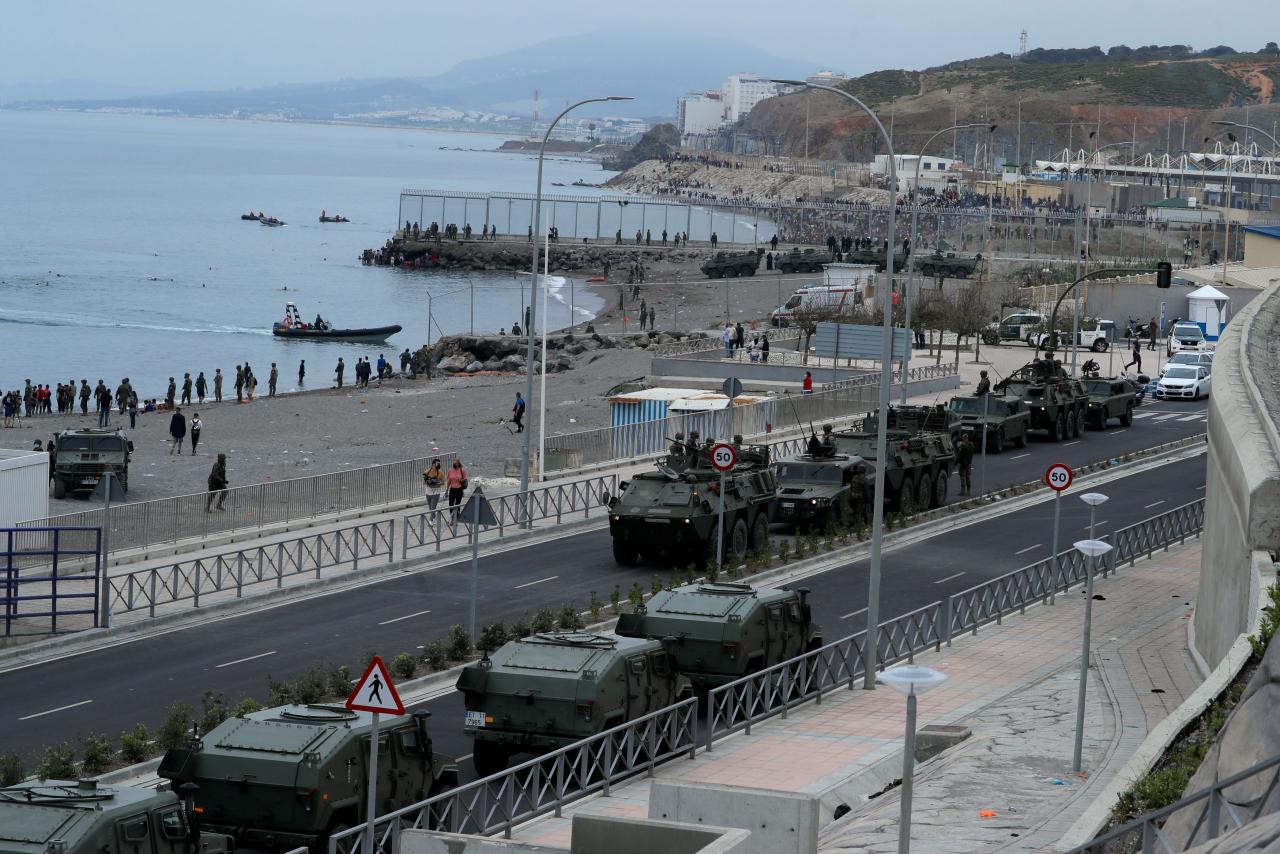 According to some experts, Morocco uses the tactic of alowing migrants into Ceuta as an instrument of pressure on Madrid, which angered Rabat last month by admitting the leader of Western Sahara's rebel Polisario Front to a Spanish hospital.

"This is happening because of the absolute passivity of the Moroccan authorities," Ceuta regional leader Juan Jose Vivas told 24H TV channel, adding that the situation was chaotic and it was now impossible to say how many migrants had entered.

"This transcends migration, we are talking about (Spain's) territorial integrity, sovereignty and borders." 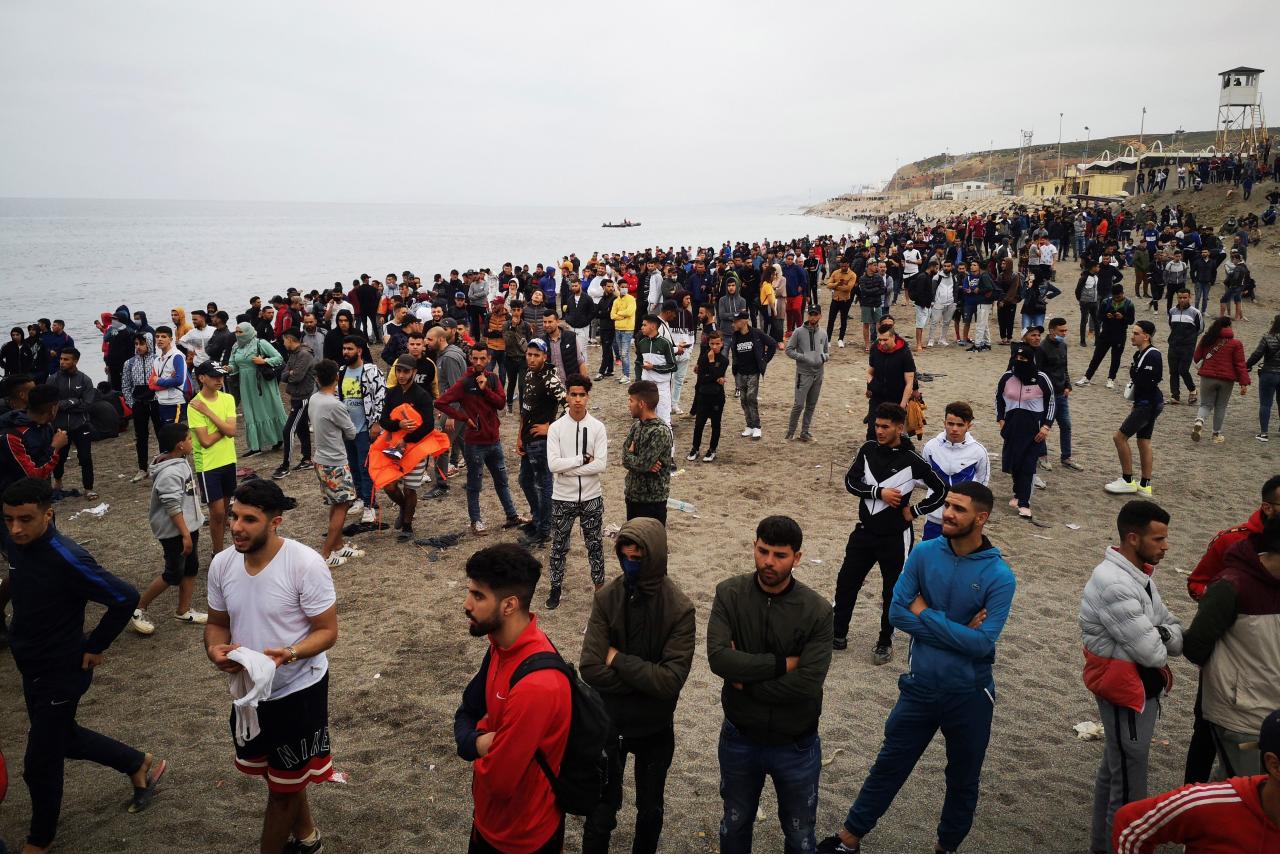 Spanish Interior Minister Fernando Grande-Marlaska said as many as 6,000 migrants, including about 1,500 minors, swam into Ceuta on Monday and Tuesday. He said about 2,700 had already been sent back to Morocco.

His ministry said Morocco was accepting all the migrants being sent back under a readmission deal.

In Ceuta, adult arrivals were being transferred to a local stadium before deportation, while minors were being sent to an industrial building.

European Commission Vice-President Margaritis Schinas tweeted that the enclave's frontier was a European border, expressing his "full solidarity with Spain" and calling for a European pact on migration and "strong protection of our borders".

Morocco has a claim on Ceuta and another Spanish enclave, Melilla.

WESTERN SAHARA DISPUTE
Ceuta, with a population of 80,000, is located on the northern tip of Morocco across from Gibraltar. Along with Melilla, it has long been a magnet for African migrants trying to reach Europe in search of a better life.

The Melilla government delegation spokesman said 86 migrants from Sub-Saharan Africa broke into the enclave, located about 300km east of Ceuta, early on Tuesday, but a larger group had been blocked by Moroccan police.

The surge in arrivals comes at a time of increased tension between Spain and Morocco over the fate of Brahim Ghali, the leader of the Polisario Front, who is in hospital in Spain.

Morocco's Foreign Ministry issued a strongly worded statement last month deploring what it said was Spain's decision to admit Ghali under a false identity without informing Morocco, warning of repercussions for relations between the countries.

"The passivity of Moroccan police is a direct consequence of the hospitalisation of Ghali in Spain," said Rafael Calduch, professor of international law at Madrid's Complutense University, adding that attempts by Spain to minimise the issue had backfired.

The United States in December recognised Moroccan sovereignty over the Western Sahara territory.