Police on a mission to stub out drug trade

National Police and Palma Local Police have launched an operation to bring down drug dealers in Majorca and destroy the proliferation of marijuana plantations on the island.

The drug squad has carried out more than a dozen raids in Palma in the last month and seized more than a thousand marijuana plants, a hundred kilos of drugs and made 3 arrests in the last week alone.

Several operations are currently underway in Palma and elsewhere on the island and plantations worth tens of thousands of euros have already been destroyed.

On Friday morning Police dismantled a cyclical marijuana plantation in Llucmajor with space for several hundred plants. The person in charge was arrested for an alleged crime against public health.

The marijuana plantations that have been raided in recent days were established as points of cyclical production, with different stages of growth in each one, making it easier to maintain a continuous flow of drugs.

The 3 alleged drug traffickers managed to sell the drugs on the black market without being detected because none of them had a relationship with each other and all activity was carried out offline.

Three hidden crop plantations have been uncovered and the Police have been able to gather important information about various criminal gangs engaged in the sale of drugs in Palma. 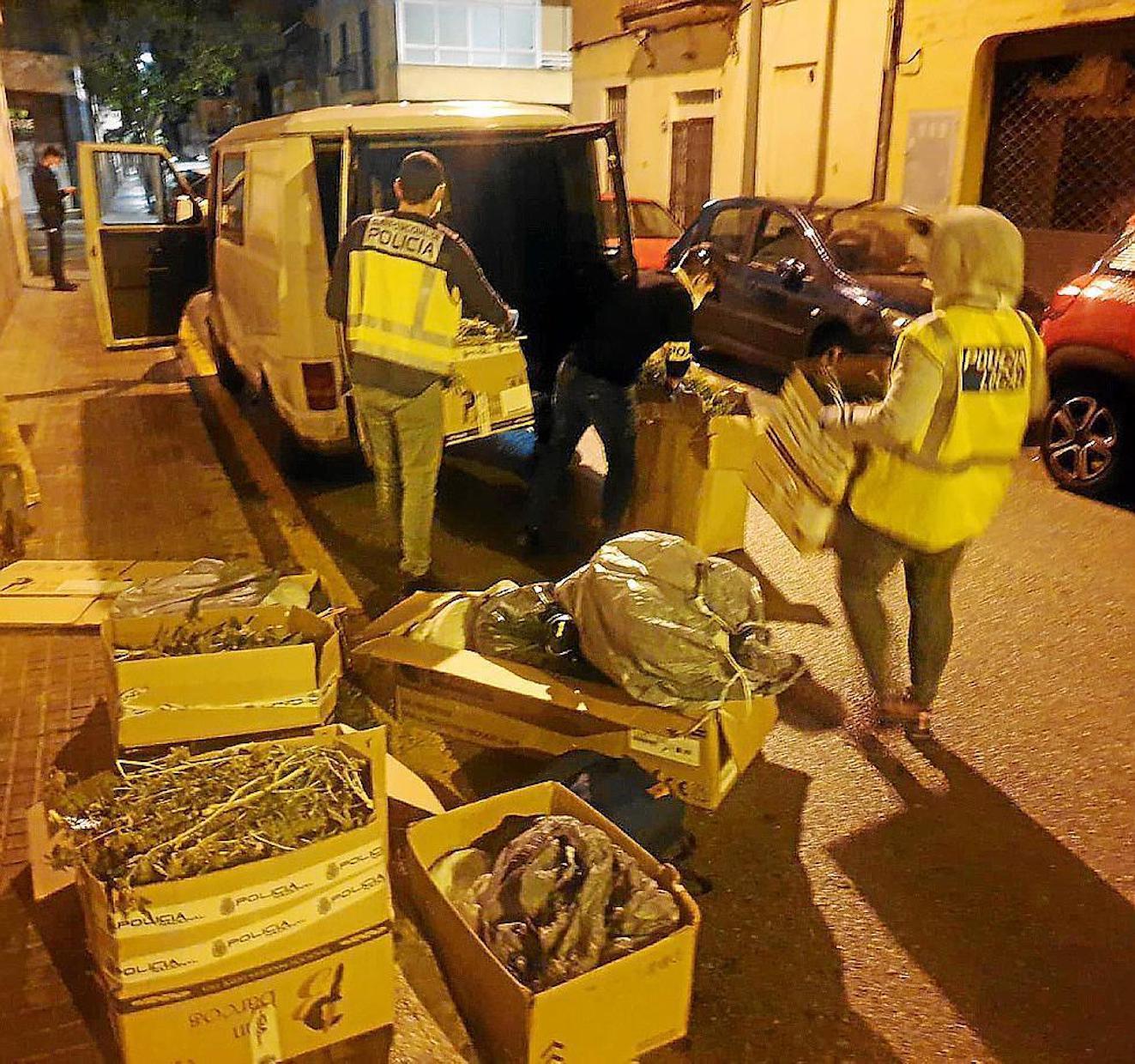 Gareth Edward Hall | over 2 years ago

Cannabis is a decriminalised substance. CBD cannabis is 100% legal here. Spain has the most legal pot clubs in europe. Medical and recreational legalistion in Europe Is imminent. Cannabis is a plant. Why do you call it drugs? Its 2020 for heavens sake. Surely this is not the center of the Guardias focus. Fake news. Lazy journalism. Victim of 60's propoganda. You call these spindly feeble plants "the drug trade"? I'm shocked and offended.