Es Retall Taller de Céramica in Carrer de Monti-Sion in Palma is one of the oldest ceramics schools in the city.

For 40 years Malena Toig taught hundreds of students how to express themselves by working with clay and when she retired last year, one of her best students, Mila Rodríguez took over the classes.

"I studied journalism and worked for an audiovisual production company, but I changed my mind," she says.

Because of the pandemic, capacity at the workshops has been reduced to a maximum of five students in the two adjoining rooms where all the necessary health measures are in place.

"I've been coming for two years and the main reason is that I wanted to try something different and do things with my hands,” says Óscar Chan. “What I like most is being able to form different objects, it's a very pleasant feeling,” adds the 29-year-old who’s currently studying for a Master's degree in Human Resources Management and working as a waiter to make ends meet. 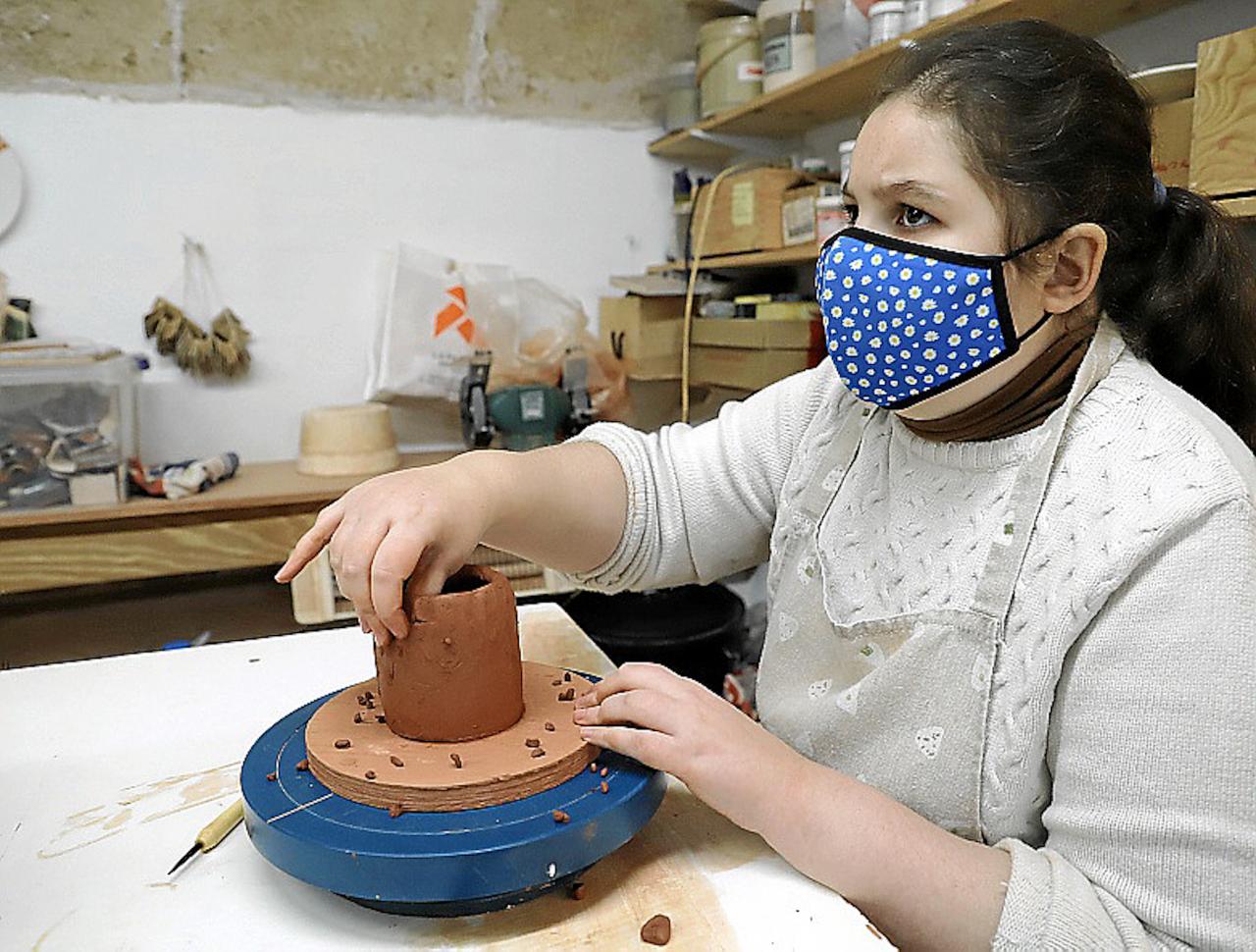 Andrea López, who's working at the other end of the table, lost her sight when she was just 6 years old, because of a brain tumour.

"Apart from working with clay, I also really like making bracelets," she says.

In the other room, Trina Ramis and Tònia Pomar are hard at work. 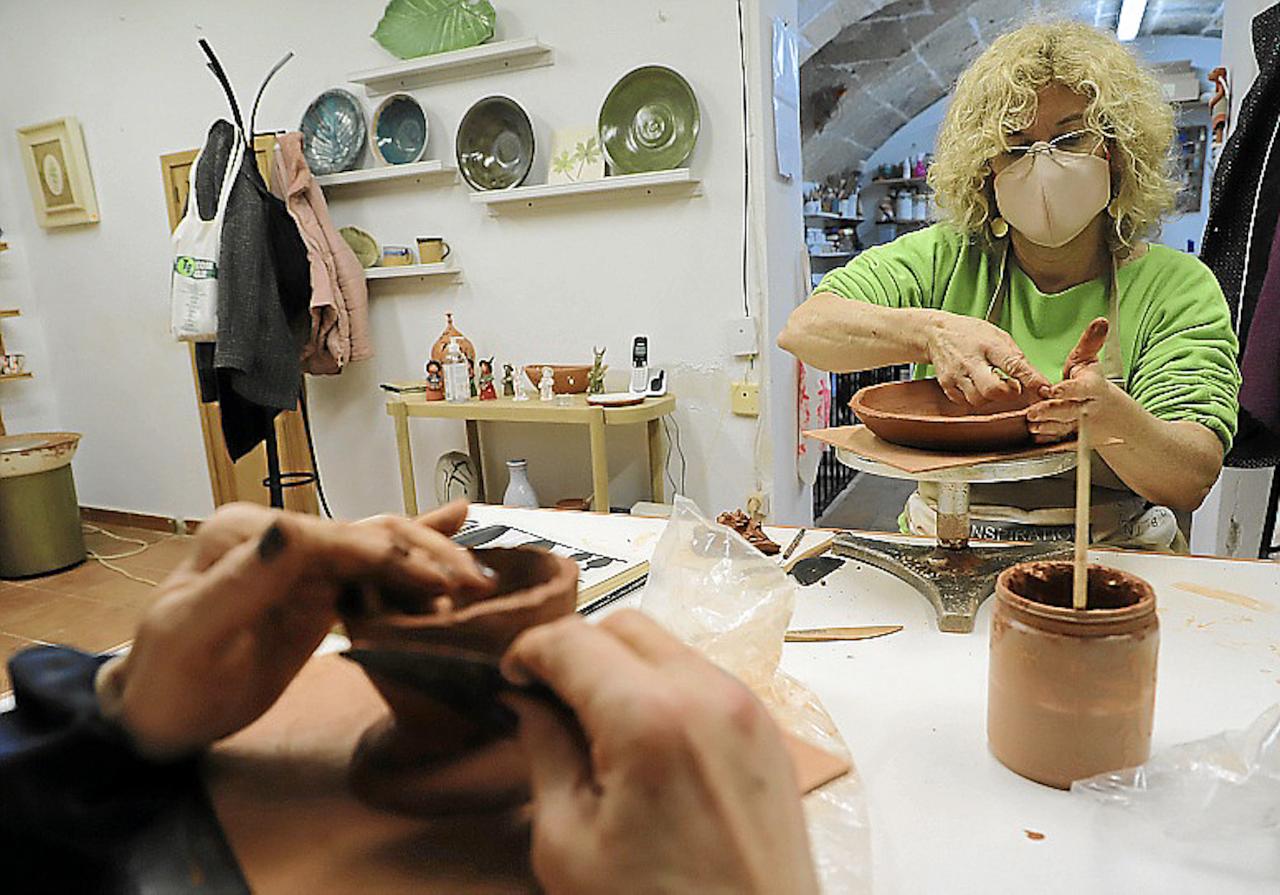 “I haven't been back for a few years, but now that I have more time so I have resumed my hobby,” Trina explains. “What I like most is the feeling of being in contact with the clay, it’s so primitive and authentic.” 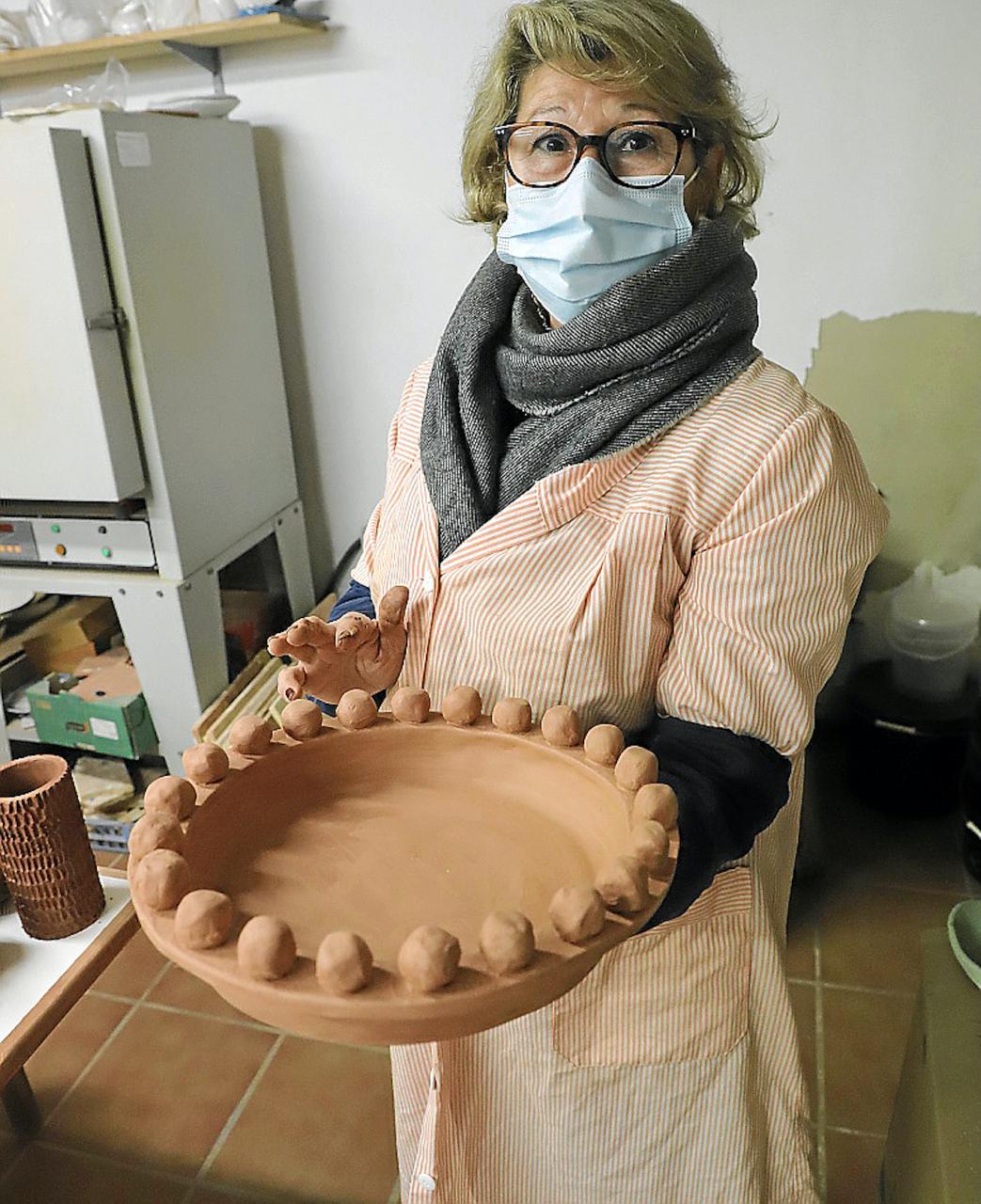 Tònia has been attending the workshop since last October and before that she took a course at the Escola de Pòrtol, which is run by Malena Roig’s son, Joan Pere Català.

"The problem is that now I have made so many pieces that I don’t know what to do with them, so I've been giving away a lot of them,” laughs Tònia, who’s latest piece is a salad bowl, which will be glazed and painted at a later stage.

Es Retall Taller de Céramica has a number of workshops ranging from beginners to highly experienced which are suitable for children and adults of all ages and can last for days, weeks or months.

There's also an artisanal workshop which specialises in artistic and decorative ceramics, including souvenirs for communions and weddings, Christmas figures and Nativity scenes as well as hand painted dishes and other pieces to order.