Manacor traffic restrictions to be enforced from March 15

Traffic restrictions have been implemented in 67 streets in the centre of Manacor to fight climate change, make the city less noisy and give pedestrians absolute priority.

“The aim of the new measures is to make Manacor a quieter, healthier town and create a commercial centre," said Mobility Councillor, Sebastià Llodrà.

The traffic restrictions will be enforced from March 15 and vertical signage and magenta markings will be added at all eight entrances to the area.

Pedestrians and cyclists will have priority over cars and other wheeled vehicles, but residents, commercial vehicles and utility vehicles will be allowed to park in the restricted area. Visitors and residents from the suburbs will not be able to access the city centre by car. 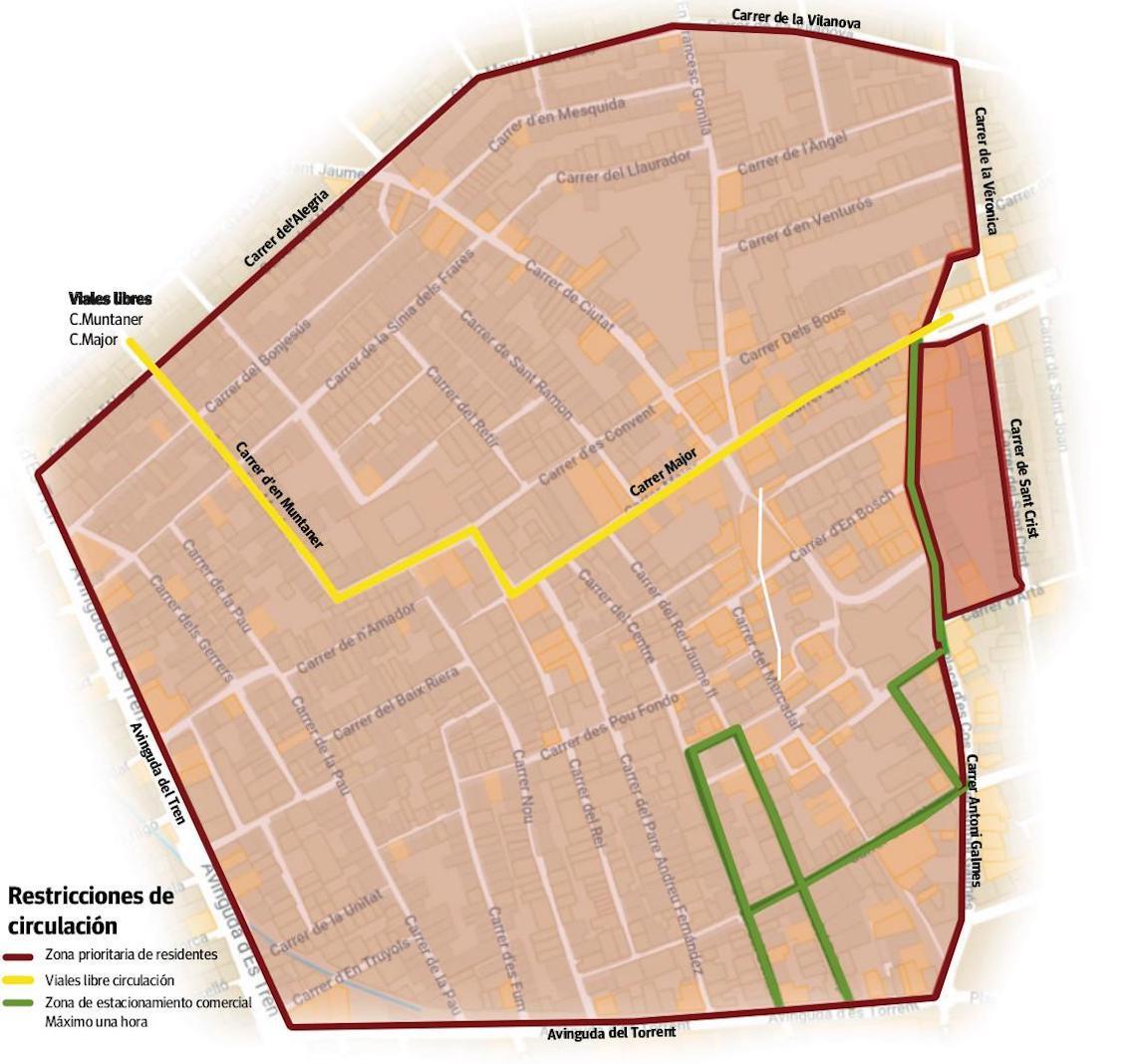 Traffic will be allowed to use Carrer Major and Carrer d’en Muntaner, but drivers beware, the speed limit in the entire restricted area has been reduced to 20 kilometres per hour.

Parking areas in Carrer del Príncep, Carrer del Centre, Carrer de n’Olesa, Carrer de l’Amargura, Carrer del Rector Caldentey and Plaça de la Constitució will be marked in magenta and have a maximum stay of 45 minutes, but according to Mayor Miquel Oliver the tariff has yet to be defined.

Avinguda de Baix d’es Cos will become a one-way street with parking spaces available on both sides.

The Municipal Ordinance contains provisions for sanctions, but Mayor Oliver has said there will be some flexibility in the beginning.

"There is no intention of issuing sanctions, but we are committed to bringing order to traffic and getting cars out of the city centre,” he said.

Residents can get more information from a group of Manacor City Council representatives who’ve set up a space in Plaza de ses Verdures or by logging on to www.mobilitatmanacor.cat.

Local Police will be monitoring to area to make sure drivers follow the rules and cctv cameras will be installed at a later date to allow authorised vehicles to access the area automatically.

Mayor Oliver and Councillor Llodrà also announced that similar measures will be introduced in Porto Cristo and s’Illot.