Fan's view: Blow for RCD mallorca as Kubo out with knee injury

Mallorca in training on Friday. | RCDMALLORCA

After a week when my missus told me “I can’t hear you, I’ve got my mask on !” – Real Mallorca’s Japanese midfielder Takefusa Kubo has been sidelined for at least a month after taking a hard knock to his knee during Real Madrid’s 6-1 demolition of RCD Mallorca last Wednesday.

A picture of him on crutches entering a Madrid hotel after the game sent alarm bells ringing. However, after a scan in Palma, the injury is not as bad as first feared and the recuperation period should be roughly three to four weeks.

With his absence being confirmed, he joins a substantial list of injured players as we face Osasuna tomorrow at 2 pm in Son Moix. With 60% capacity allowed in, 13,000 fans are expected. 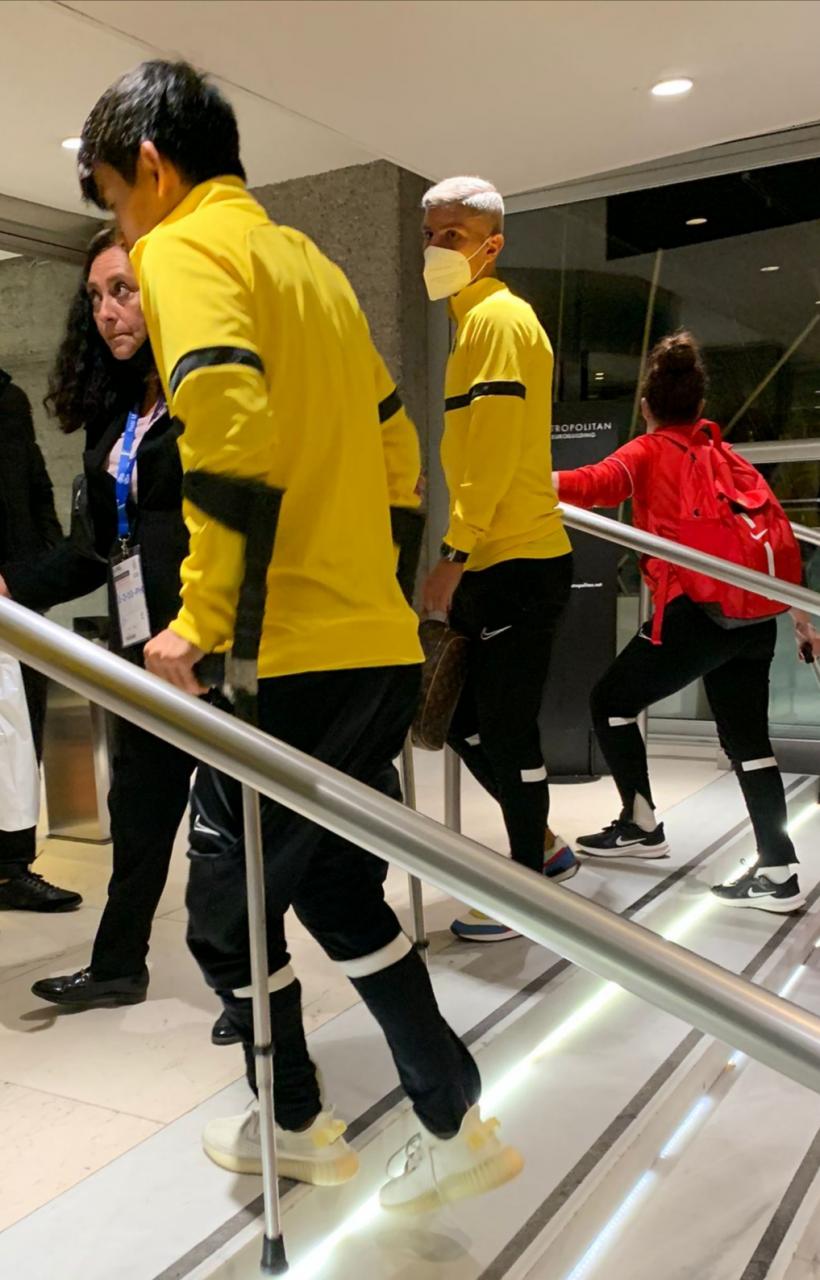 Fortunately Mallorca look to have a ready replacement in Kang-in Lee (or Lee Kang-In as his shirt says !). The South Korean scored a brilliant consolation goal for Mallorca on Wednesday and was one of the few success stories in what was a disastrous night for the Palma side.

Tomorrow’s game is a proper mid-table clash between two sides who share the same number of points, eight, after six games. The visitors also lost in midweek, going down 1-3 at home to Betis.

Mallorca will be keen to snatch all three points as we can then go above Osasuna, one of our direct rivals to stay in La Liga come the end of the season. The good (or bad) news is that their striker and our ex player, Ante Budimir, who forced his way out of Mallorca by virtually going on strike, is highly doubtful for the game after missing out the last three fixtures through injury. Our boo boys won’t like that !

The aftermath of Real Mallorca’s third heaviest defeat in the club’s 106 year history continues apace. On Friday at training coach Luis Garcia Plaza organised a “hug-in” at the Son Bibiloni as players re-bonded after the Bernabeu debacle.

Players and fans were in a state of shock after the heavy loss. Since his arrival LGP has more or less got most things spot on. On Wednesday night against a power house in world club football, he experimented with a revolutionary starting XI, which included seven changes from last Sunday’s Villareal line-up and giving a La Liga baptism to B team part timer with no experience of professional football, Josep Gaya.

LGP’s team selection was a tactical mistake, something he alluded to after the game, and young Gaya was thrown into the lion’s den with the door closed from the outside – and the beasts (Real Madrid) gobbled him up. His dream lasted two minutes 46 seconds.

To lose a goal away from home in the first few minutes is always difficult to recover from but to lose a goal in the opening minutes away at Real Madrid creates a mission impossible ! At right back Joan Sastre from Porreras found it futile to become even the shadow of Vinicius Jnr who left Sastre in his wake time and time again.

Real Madrid found a way through our creaky defence down the right flank and four of their six goals came down that route.

True, LGP had a selection headache with lots of injuries but the pairing of Febas and Battaglia in midfield was a disaster. Febas has played half an hour at best so far this season and Battaglia even less. But there was some positivity upfront where Kang-In Lee looked the business and Lago Junior was one of our few players who took on defenders, fighting for every ball.

We now have to move on and put Wednesday night behind us. Today we still have Raillo, Sedlar, Russo and Maffeo (all defenders) missing through injury, plus Kubo. The good news is Galarreta and Angel Rodriguez have both been passed fit and are available for selection.

With two winnable games, today and next Saturday away at Levante, followed by another international break, hopefully some of the walking wounded will have recovered. Despite Wednesday’s heavy reversal, we must lick our wounds, regroup and kick on. Visca Mallorca !

AND FINALLY, a Tennessee married, couple both bone fide red necks, had nine kids. They went to the doctor so the husband could have the “snip.” The doctor started the required procedure and asked them what finally made them come to this decision. Why after nine children would they choose to do this ?

The husband replied that he’d read that one out of every ten children born in the United States was Mexican and he didn’t want to take a chance on having a Mexican baby because neither he nor his wife could speak Spanish !