The Do's and Don't for a perfect barbecue

Get those veggies on the grill. | Vicki McLeod

‘Tis the season, as they say, for some backyard grilling. It always seems like a good idea to fire up the barbie but imagination and reality can be so very different from one another. Since moving to Mallorca I’ve tried to get into barbecuing, but my husband insists that we have a wood fire rather than one of those easy gas grills. “It tastes better”, he says, but because they are such a pain to start, light and maintain we hardly ever actually have a BBQ. So we probably need some practice. When we lived back in that London barbecuing was a “once in a blue moon” event. We were wimps, we wouldn’t stand out in the miserable August drizzle and burn sausages, no, we preferred to stick them in the oven and do something more interesting instead. I remember one Christmas Day, during terrible weather, we were put to shame by our South African neighbours who were spotted standing around a supermarket shopping trolley in their back garden improvising a “braai” whilst keeping a constant torrent of water at bay with an umbrella.

In fact, in my experience all Australians, South Africans, and many North Americans are pretty handy around an outdoor grill event, if there were a barbecue Olympics then we can be sure they would be all fighting each other for the podium. Meanwhile, us Brits would probably be valiantly attempting to stay on the right side of the smoke, not end up in a comedy apron and not cremate the chicken whilst leaving the middle completely raw. There is an art to it, I appreciate that now. For some Barbecue advice I spoke to the chefs at Delicioso for their hot grill tips. Their ready to grill Barbecue Boxes and the many party Barbecues they are asked to organise all over the island mean they know a thing or two about how to do it. 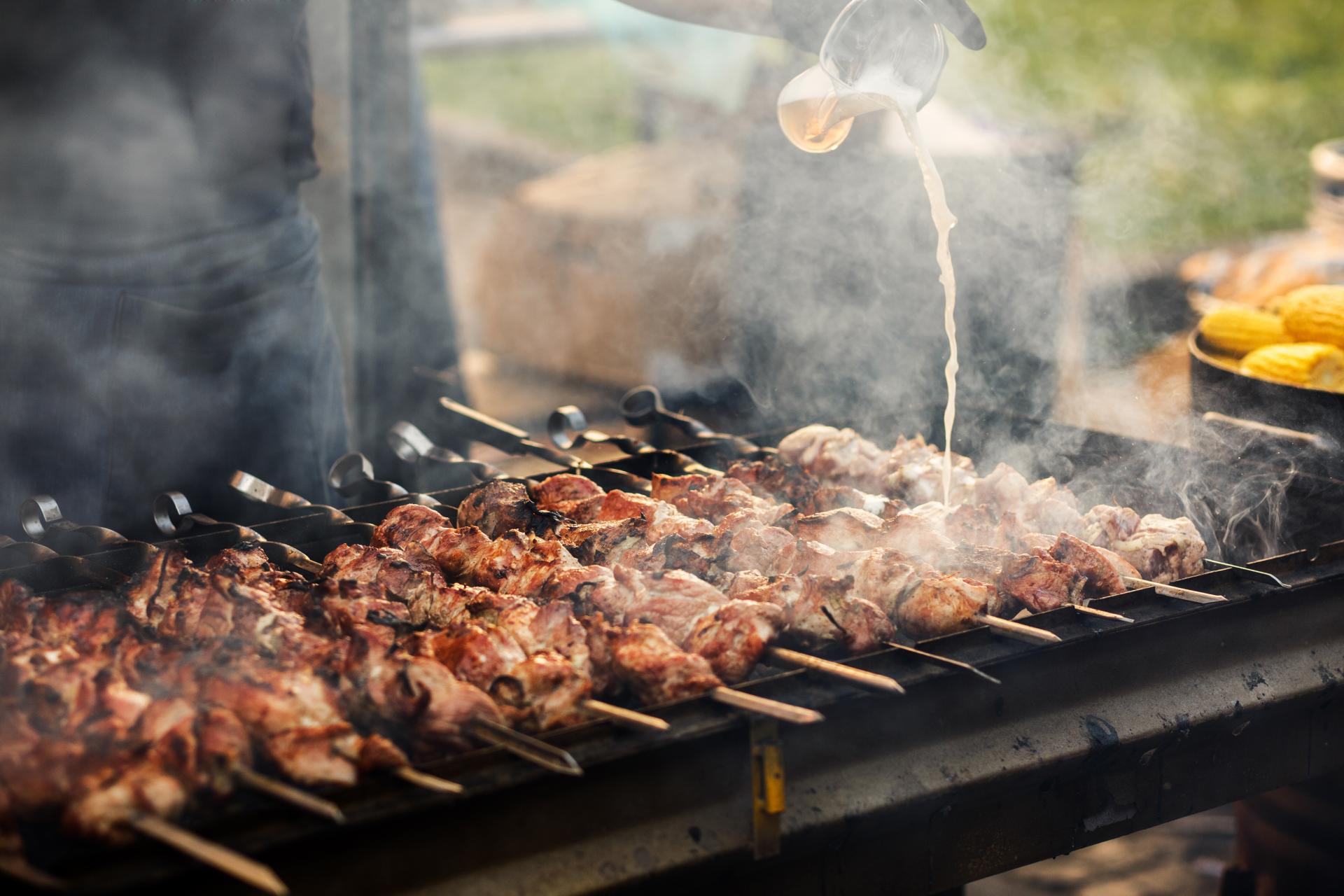 GRILLING DO’S
· Get everything ready before cooking
· Brush your grill with olive oil to prevent food sticking
· Make sure the meat is at room temperature before cooking – you can take it out of the fridge an hour before
· Let the meat rest for about 5 minutes before cutting into it; it keeps the juices in
· For extra flavour, baste meat with the leftover marinade while it’s on the grill
· Throw wood chips onto the coals for smokiness
· Have a bin easily accessible
· Make sure you have some cold drinks nearby!

GRILLING DON’TS
· Keep the juices in the meat – don’t prod and poke it too much whilst cooking
· Time is important! Don’t rush cooking the meat – the longer it cooks for the better it will taste
· Do not cut the meat open to see if it is cooked – it will dry out
· Make sure you keep cooked food and raw food completely separate!
· Keep children and animals protected – don’t let them too close to the barbecue
· Don’t skewer meats together that cook at different paces
· Don’t press down on a burger whilst it is cooking on the grill

In the meantime, the Delicioso guys shared with me their recipe to follow for burgers.

They said to mix with love, chill, divide and shape into patties and chill again until the BBQ is ready to go.

Another option the Delicioso chefs suggested is to marinade your meat or veggies with a combination of these:

· Soy sauce: adds that bit of salt and brings out tons of flavour.
· Lemon juice: adds acidity to tenderise the meat.
· Olive oil: helps seal in juiciness.
· Worcestershire sauce: one of the best umami flavours for beef.
· Minced garlic: use fresh garlic for the best taste.
· Italian seasoning: a go-to combination of outstanding herbs.
· Salt & Pepper: Sea salt flakes and freshly ground pepper are a must.

I love hosting barbecues, I just don’t think I have the energy to organise one from scratch at the moment. So the idea of not shopping or prepping everything is very appealing! If like me you don’t feel like you can be bothered to prepare food then check out the offers on the Delicioso website which start at a very reasonable €30 per person for homemade beef burger with brioche bun, Tandoori and yoghurt- marinated chicken breast kebabs, boneless pork loin steak with a cajun rub, mixed leaf and herb salad, coleslaw and pesto pasta with roasted tomato and pine nuts.