Everything you didn’t need to know about figure skating

Quad axel. It sounds like the underside of an engine in motor sports or an all-weather utility vehicle, but this week is all about winter sports and so here we are knowing more than we ever thought we would need to know about a quad axel, the hardest jump in figure skating. The point is, no one’s ever done one. Or at least not in competition.

American Nathan Chen, born to Chinese immigrant parents, has been the most dominant skater in the last few years with three world titles in the last three years, and duly won his first Olympic gold in Beijing this week. He blew away his competitors by landing five different quad jumps. But he didn’t do the quad axel.

Chen’s biggest rival was Japan’s Yuzuru Hanyu, who was going for a third consecutive Olympic gold. The only way to beat Chen was to do a quad axel. So he did one, landed on his bum, twice, and finished fourth.

As you all know, there are six jumps in skating: the axel, flip, Lutz, loop, toe loop, and Salchow. The axel is the most difficult because it is the only jump where a skater begins facing forward, which is how we all know they are about to do one, and involves an extra half twist so they land skating backwards. It is named after the Norwegian skater Axel Paulsen, who first did it in Vienna in 1882 at figure skating’s first ever international competition. No one’s ever done one while spinning round four and a half times.

Meanwhile, doping infractions aside, 15 year old Russian Kamila Valieva became the first woman to land a quad jump in Olympic competition. The question though is whether all this quad jumping is ruining the sport. Where is the artistry? Where the technical skill? The sport is just becoming about skaters that can land jumps, say the critics. And that’s not what the sport is all about. 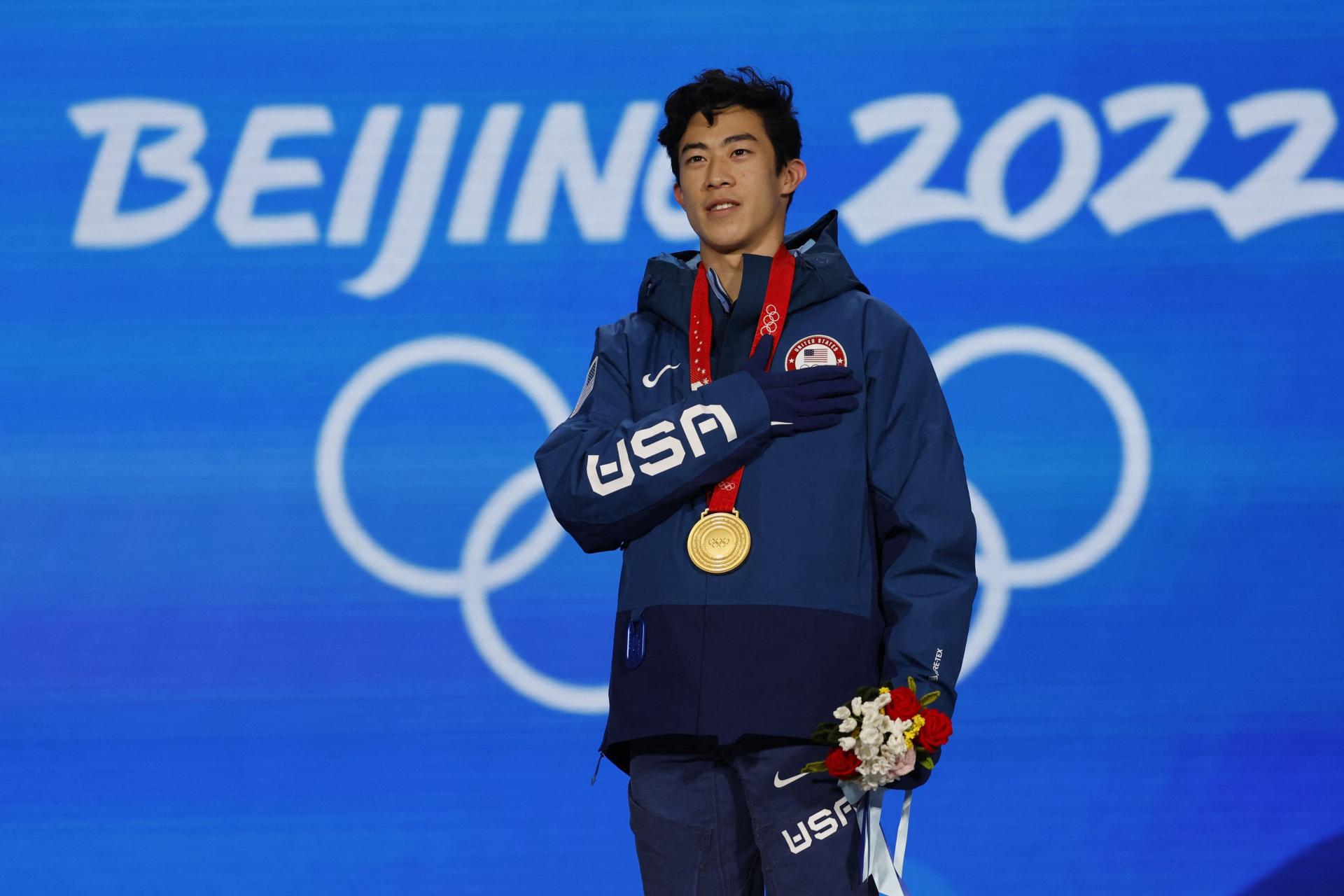 Landing jumps is the name of the game when sliding around on a snowboard. Gold in the women’s Big Air went to the face of the games, Eileen Gu. Whether you enjoy watching young people throw themselves around or not, the 18 year old Gu is an extraordinary young woman and athlete. Born to an American father and Chinese mother, she grew up in America but has been competing for China since 2019.

She graduated high school a year early and will attend one of America’s top universities, Stanford, later this year. She has millions of dollars in endorsements from luxury brands, is a fashion model and is perfectly bilingual. And with the touch of a veteran diplomat, she dodges journalists questions about nationality conflict: “I am American in the US and Chinese when I am in China”, tennis player Peng Shuai: “It is a big honour when athletes from other sports come and pay attention to smaller sports like free skiing,” and about her critics: “I know I have a good heart and I know the reasons for making the decisions I do. If people don’t like me, that is their loss.” 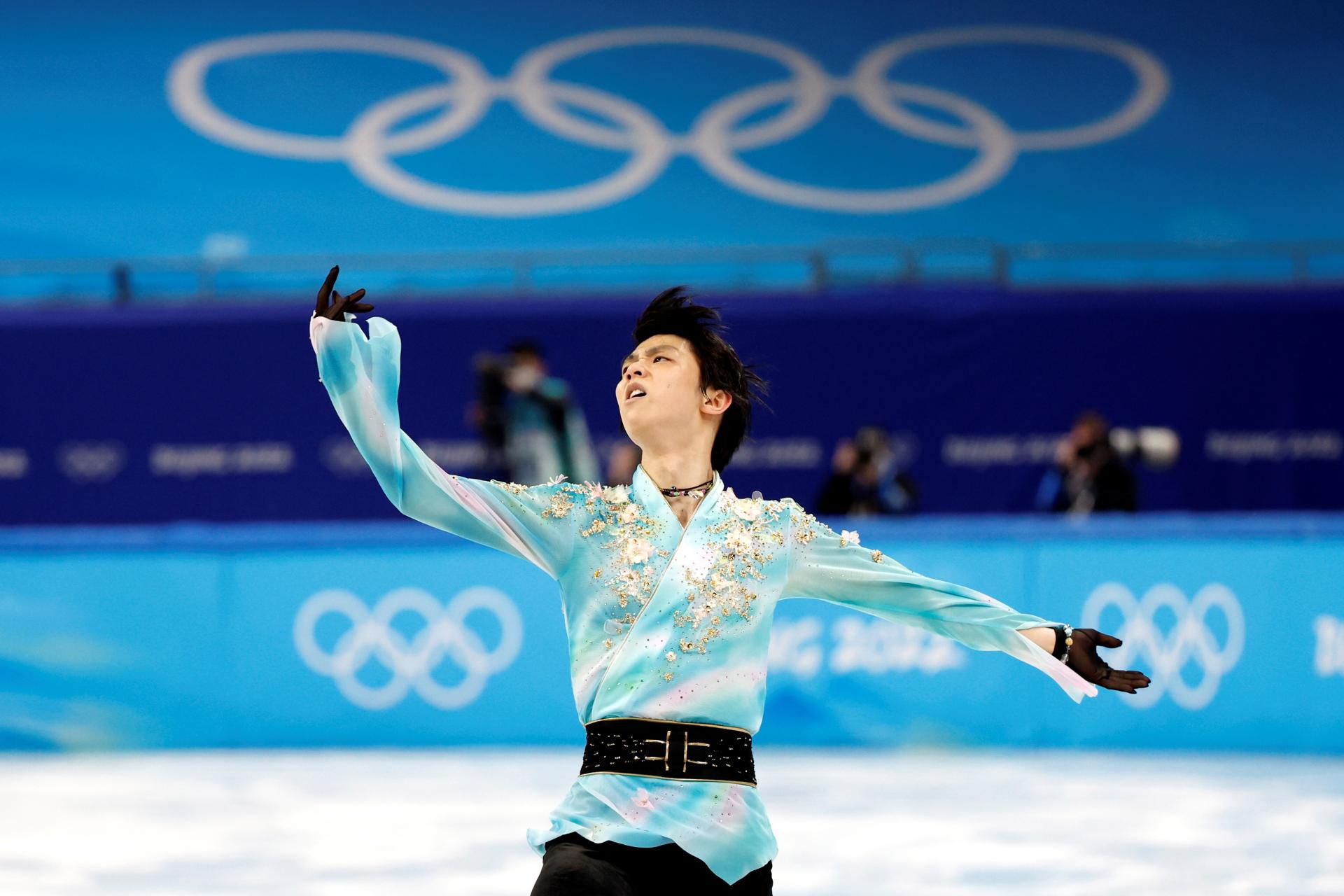 There is so much to like about the winter Olympics and Gu has been amazing to follow. Gu and Lindsey Jacobellis, the 36 year old who finally won gold in the snowboard cross, after blowing it spectacularly 16 years earlier.

The action in Beijing continues for another week and this Sunday is a monster day for sport. There will be someone who will happily rise in the wee hours to watch the men’s giant slalom and the speed skaters skittering off the track, stay tuned for a full afternoon of football, watch the Super Bowl and then push on through another day at the Olympics before falling asleep midday Monday. Only to rise again early evening and head to Son Moix to see the lads take on Athletic Bilbao. And if that wasn’t enough, by Tuesday it’s the Champions League knockout stages.

Against them will be the upstart Cincinnati Bengals, the worst team in the league for decades until quarterback Joe Brrrr turned up and now they have a chance to win the world championship. His name isn’t Joe Brrrr, it’s Joe Burrow, but he is THAT COOL, they call him Joe Brrrr.

The Bengals are big cats. Cats can be dangerous. So definitely don’t kick one.