It seems that every day there’s a new strain of the Covid-19 virus emerging in Britain and yet the proposed date of freedom for Britons has still not been completely put on hold. I wonder why that is? Could it be that BoJo’s birthday, 19, June, will be happening just around that time? After all, a chap’s got to have a party.

Seventy per cent of Britons have been vaccinated and yet restrictions and harsh penalties are still in place. Why is that? The Indian variant that popped up in Bolton was only allowed to fester because of the appalling fiasco at British airports, allowing flights from India to continue and for passengers arriving from different countries to mingle at terminals. But aside from that, the miraculous vaccine is supposed to more or less halt the virus in its tracks so why is there a problem? 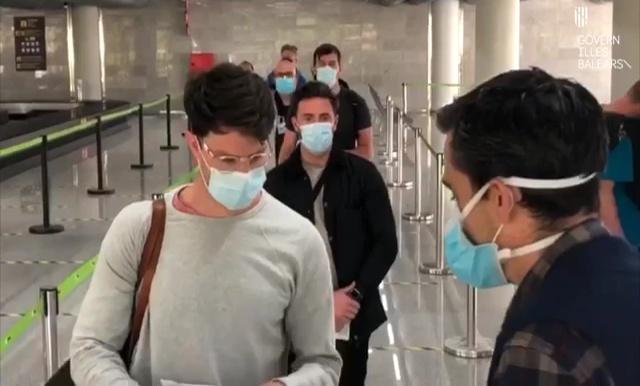 I wonder if yet again, the virus is being used as an excuse to keep the populace cowed, frightened, obedient and compliant. Happily, there are those in the British media that are starting to question the status quo. We need their might more than ever in the UK while they are still permitted to wield their pens.

A 29-year-old law student at Abertay University in Scotland will face a disciplinary hearing for daring to opine during a seminar that women were born with reproductive organs, had vaginas and were not as strong as men. Author, JK Rowling, did pretty much the same and was universally ‘cancelled.’

If this had been played out in a novel by George Orwell or Franz Kafka it wouldn’t seem quite so extraordinary but this happened in the UK; it’s reality, and this kind of lunacy is happening every day. Aside from the subject matter itself, this is yet another indication of how free speech will soon become extinct, just like a dinosaur.

One day we’ll be telling future generations, ‘Once upon a time, you could say what you thought about things but then all of a sudden it was banned by the Thought Police. They came in many guises and insidiously infiltrated every part of life like an invisible terror…’

A young person from the future would no doubt be appalled that some old relic from the past should dare to bring up such a divisive matter. It would probably constitute a serious breach of the new society’s moral code, the penalty being death.

The problem with a case such as this is that it opens up a swag bag of uncomfortable issues about cancel culture, intolerance, free speech, the biological debate about what constitutes being a ‘woman’, transgender politics, and last but not least, trust and betrayal.

What I found more unsettling than anything about law student, Lisa Keogh’s case was the fact that her fellow students had reported her to the higher powers at the university. Instead of having a civilised debate in the classroom or agreeing to disagree, some nasty snitchers went behind her back and reported her. British universities these days have the balls of a newt.

They will roll over on their bellies, wave the white flag or go running to the hills shouting for mercy as soon as any indignant, immature and snivelling student randomly accuses them of racism, feminism, or inappropriate transgender policies.

In the old days, and I’m talking about when I attended university and before the Thought Police gripped the nation, we debated everything under the sun. We demonstrated, organised rallies, booed and heckled speakers that held views with which we didn’t concur but never went behind backs.

We were vociferous, passionate, bright and curious but we wanted to hear other people’s views, to question and to learn. No one was cancelled and out of politesse we never walked out on a speaker or allowed violence to breed.

Today, a large chunk of entitled students seem to be incapable of listening to other people’s views, or of allowing free speech or tolerating anything that doesn’t fit neatly into their woke thoughts (my word). They have, like Meghan Markle, their own truth, but they’re not the remotest bit interested in accepting or tolerating the truth of anyone else.

We are at a crossroads and if the madness is allowed to continue, there will be no going back. Society needs to be shaken from its inertia before it’s too late and we are silenced once and for all. Facemasks will be worn in the future not for the sake of a pestilence in our grip but to ensure that we keep our mouths well and truly shut - or else.

What a joy it is to see the sun here in Mallorca. I broke my rule last week and jumped into the pool. Normally, I wait until the beginning of June to have a swim but it was so gloriously warm that I thought it was worth a punt. The water was freezing but once immersed, it felt heavenly and I did a fast-paced fifty laps to stave off the chill.

Next week I plan on dipping a toe in the sea. The beaches are full of fluffy white sand and the waves are glistening with sunlight. We should all make hay while the peace lasts! Enjoy.

Anna Nicholas’s seventh Mallorca travel title, Peacocks in Paradise, will be available on 15, July at all good UK bookshops & via amazon.

Chrissie | about 1 year ago

Couldn't agree more. We live in times of total insanity. Including lockdowns and mass vaccinations with experimental gene-therapies. How could that ever be reversed? I am pretty sure my comment won't be published, perfectly proving your point...

The real problem is that its a minority of students and the population as a whole, it's just that they shout loudest and are proactive as well as reactive. It'll all come crashing down around them soon.