“You saved my life!”, she stated emotionally.

Fate: destiny, providence or chance? To true believers, total non-believers and fate sceptics, read on and make-up your own mind.

I wasn’t even supposed to be there. I had other arrangements, and on principle I never cancel. Yet on waking I felt an overwhelming urge to go to the beach. Not any beach; but Peguera Tora beach. In recent years I’ve learned to listen to this voice, and with some guilt cancelled previous plans.

On arrival at the beach I felt at peace. Although I prefer to have my final swim before 6pm, while the lifeguards are on duty, I had fallen asleep and woken at 7pm. Thus since there were few people around, as a precaution I took my noodle (those long buoyancy stick things). In my hurry I forgot to take off my prescription sunglasses.

The sea was dirty, a murky green, and I swam out as far as I could to clean water. Normally I would swim to the left towards the next bay, but for some reason I chose to go to the right for a change. With no one around it was wonderfully peaceful. The water calm, warm and soothing. In the distance I spotted one other swimmer. A girl swimming towards me. As we passed, we briefly smiled.

I continued until I suddenly felt a kind of electricity, a change of energy in the water. Alert, I stopped and looked behind me. The girl had stopped. I watched her for a moment. Something didn’t feel right. Fortunately, I had my prescription glasses or I may not have seen that she was motionless, quietly sinking. I called but she didn’t hear me. I heard a gasp as she popped to the surface again. There was no one around, not even a boat. I desperately swam towards her, hoping I would be in time. All the while calling to her, aware that she may not understand English. As I drew close, I saw the panic in her eyes as she struggled for breath. Unable to keep afloat, she was drowning.

I knew the most dangerous moment would be if she tried to cling onto me. We would both sink. So I formed a plan. As soon as I was able, I pushed my noodle towards her urging her to grab it. At first she didn’t seem to understand as she battled to breathe. I was strangely calm. Somewhere in my head I remembered a brief Red Cross course. Make her focus. Ask her name. She was still gasping, now holding a corner of the noodle uncertainly. I wrapped it around her securely. Worst danger over. “My name is Laura, what’s your name?” “Natalia” she finally managed between gasps. “Natalia look at me. Breathe with me.” I felt it safe to touch her, to sooth her as gradually, together we controlled her breathing.

It took a while to slowly swim to shore. Natalia progressing tentatively with the noodle as I swam by her side. The elation when her feet finally touched sand will always stay with me. We both shed tears. “You saved my life!” she stated emotionally. “I come from Ukraine and as I was drowning all I could think of was that I should be dying in Ukraine, not here.” As we hugged, I had an epiphany, suddenly everything became clear. “No, it was fate” I replied.

I wasn’t meant to be here today. I usually swim an hour earlier. I shouldn’t have been wearing my prescription glasses and incredibly I never swim in this direction. “You have someone watching over you Natalia.” 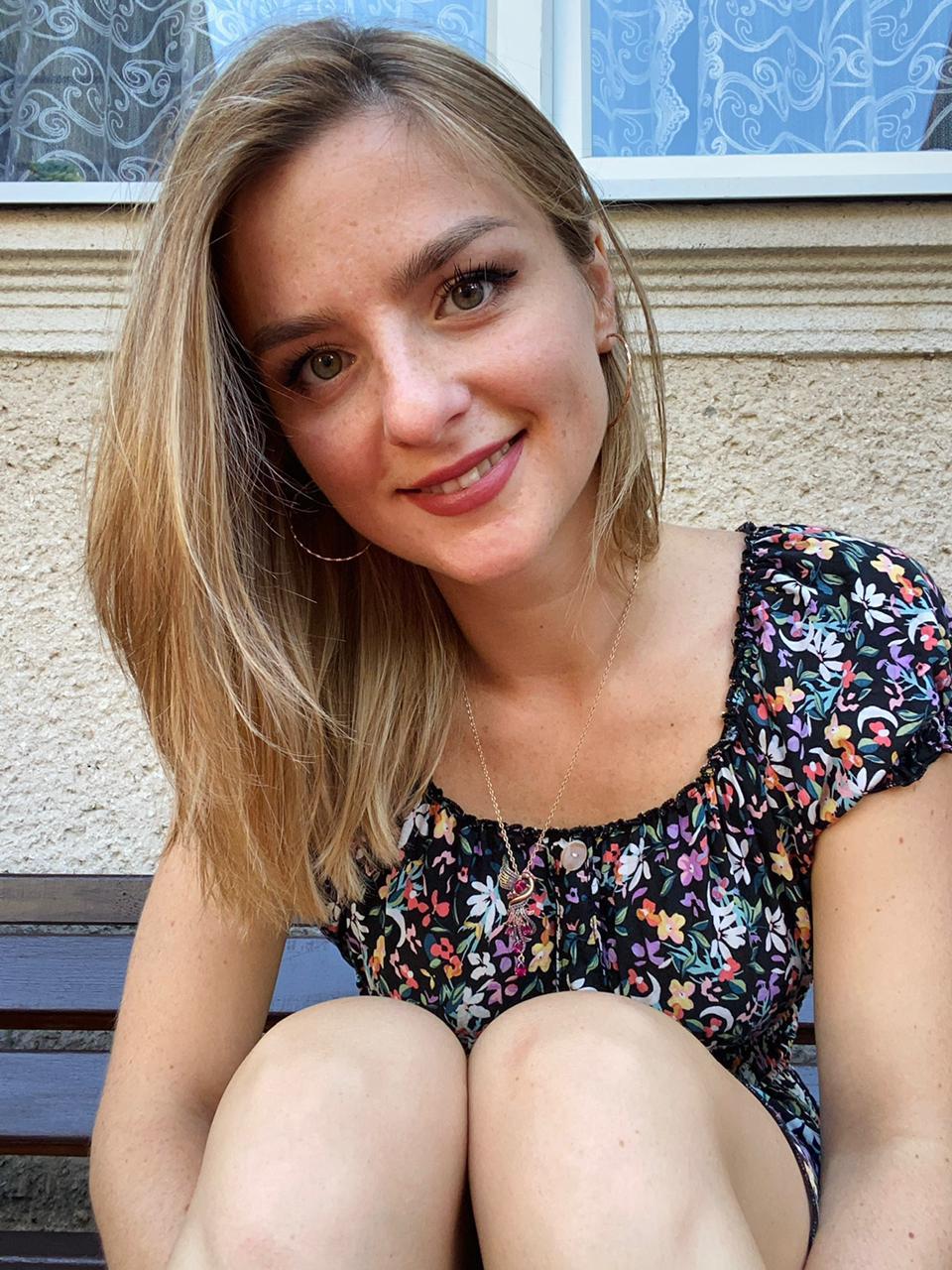 “Water for me is now associated with the man I dated. He is a very good swimmer and water is his element, so we often dived together, and he taught me snorkelling.

We had an argument on the beach that day. He got mad at me and swam off far out to sea. I tried to fix the situation, explain, so I swam after him. The further I swam in search of him, the more fear and a feeling of insecurity in the water gripped me. It was like the harder I tried to hold him, the more I lost control.

It was too far for me, and I started to feel like I was wearing myself out. I was exhausted. The fact that I couldn't find him made me even more upset, and in the water I was helpless. Suddenly an anxiety attack seized me and I began to suffocate in the water.

I was thinking about him, about Ukraine and everything that was going on in my life. I was feeling that I was running out of air more and more until I was physically and mentally exhausted. But at that moment an angel appeared — Laura. I normally swim well. In Ukraine I swim in rivers where the water does not hold the body. But as it turns out the problem was not the water. Worst of all, it was so scary to imagine that I could die in the water in Mallorca, while rockets fly into my country every day.”

I especially love the beach early evening, so when Natalia walked along later to find me, I was easy to spot. We exchanged contact details and during subsequent messages we now feel we have a spiritual link. She is home in Lviv, Ukraine.

Natalia, 27, describes herself as an artist by profession, currently working in IT as a designer. I asked her ambition in life? “To achieve a sense of self-worth. Motivation by quality work and good people around. Above all spiritual and moral values.” Adding “I believe it was meant to happen and I am grateful to God that you were there!”

So was it fate? Whatever you call it, I feel so very blessed to have been able to enable this beautiful young lady a chance to achieve her full potential.