With more than 30 provinces on bad weather alert, Valencia on the Mediterranean coast and the Balearic Islands are bearing the brunt of the storm today.

In the central province of Avila, a 63-year-old man died at home after being hit by roof tiles lifted by a gust of wind, said David Segovia, mayor of the town of Pedro Bernardo.

Unusually cold weather was blamed for the death of a 54-year-old homeless woman in Gandia, near Valencia, a municipal official told Reuters.

And one man in northwest Asturias region was killed by a vehicle on a snowbound road, reportedly struck while fitting chains to his car, an emergency services spokesman said.

The storm also forced the closure of Alicante airport, leading to the cancellation of nearly 200 flights.

National weather agency Aemet reported winds of up to 115 km per hour (71 mph) and eight-metre (26-feet) high waves in the province of Valencia. At least 120 councils there decided to suspend school and hundreds of kilometres of roads were cut off. 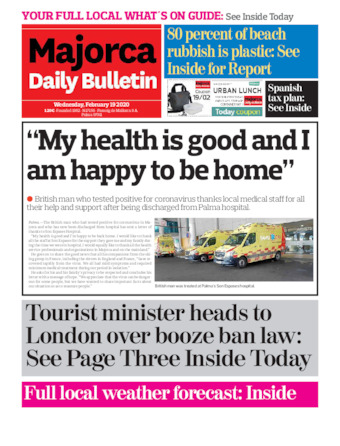