This will therefore be unlike Easter

There was the normal political knockabout in the Balearic parliament on Tuesday. The spokesperson for the Partido Popular opposition, Toni Costa, accused President Armengol of living in a “parallel reality”. This was partly as a consequence of the president having been assuring the house that the tourism season was not at risk. This was despite the war in Ukraine, the rising prices and the uncertainties generated.

On balance, Costa probably won the day. The Armengol parallel reality defence had failed to convince him, and he wouldn’t have been alone. The president had called for “tranquilidad” in the face of the negative factors suggesting that the season might in fact be at risk. Typical politician usage, “tranquilidad” can be taken to mean “keep calm and the season will be great”. And if evidence were needed, the president highlighted the fact that 84% of hotels in Mallorca will be open in April.

Reassurance this may have been, but the hotelier federations on all the islands were saying that the opening of hotels in time for Easter was being drawn into question because of problems with supplies.

Nevertheless, and away from the parliamentary chamber where battle was being joined for the 14-month war ahead of the next election, the president of the national confederation of hotelier associations, Jorge Marichal of CEHAT, was observing that Easter tourism was looking “very good”.

Marichal added that search engine data were indicating that holidaymakers weren’t merely interested in coming to Spain, they were “super interested”. Which was super news indeed and would have been even more super had Marichal been able to translate this search interest into actual bookings. Which he was unable to do, citing the often-made point of recent times that there continues to be a great deal of last-minute booking.

But the hoteliers’ president was then able to declare that bookings for July and August are going to be “much better than those for May”, a state of affairs that one would normally anticipate to be the case. This will therefore be unlike Easter. From what Marichal was suggesting, last minute will be an Easter phenomenon, as there is longer-term booking by holidaymakers to ensure that they don’t discover that there are no rooms left for high summer. Super.

What about the war, though? Not too much of a problem, Sr. Marichal inferred, alluding - as others have - to Spain being a “refuge” destination for tourism. This owes everything to geographical location - Greece and Turkey are that much closer to Ukraine. And the skyrocketing prices? Well, it is inevitable that hoteliers will have to reflect these in the prices they charge.

But he was convinced that they will limit increases “as much as possible” in order not to affect competitiveness. So maybe Jorge Marichal was also in a parallel reality rather than simply in Almeria for the presentation of the 2021 Hotel Monitor Annual Report and so beyond the questioning of the PP’s spokesperson in the Balearic parliament. 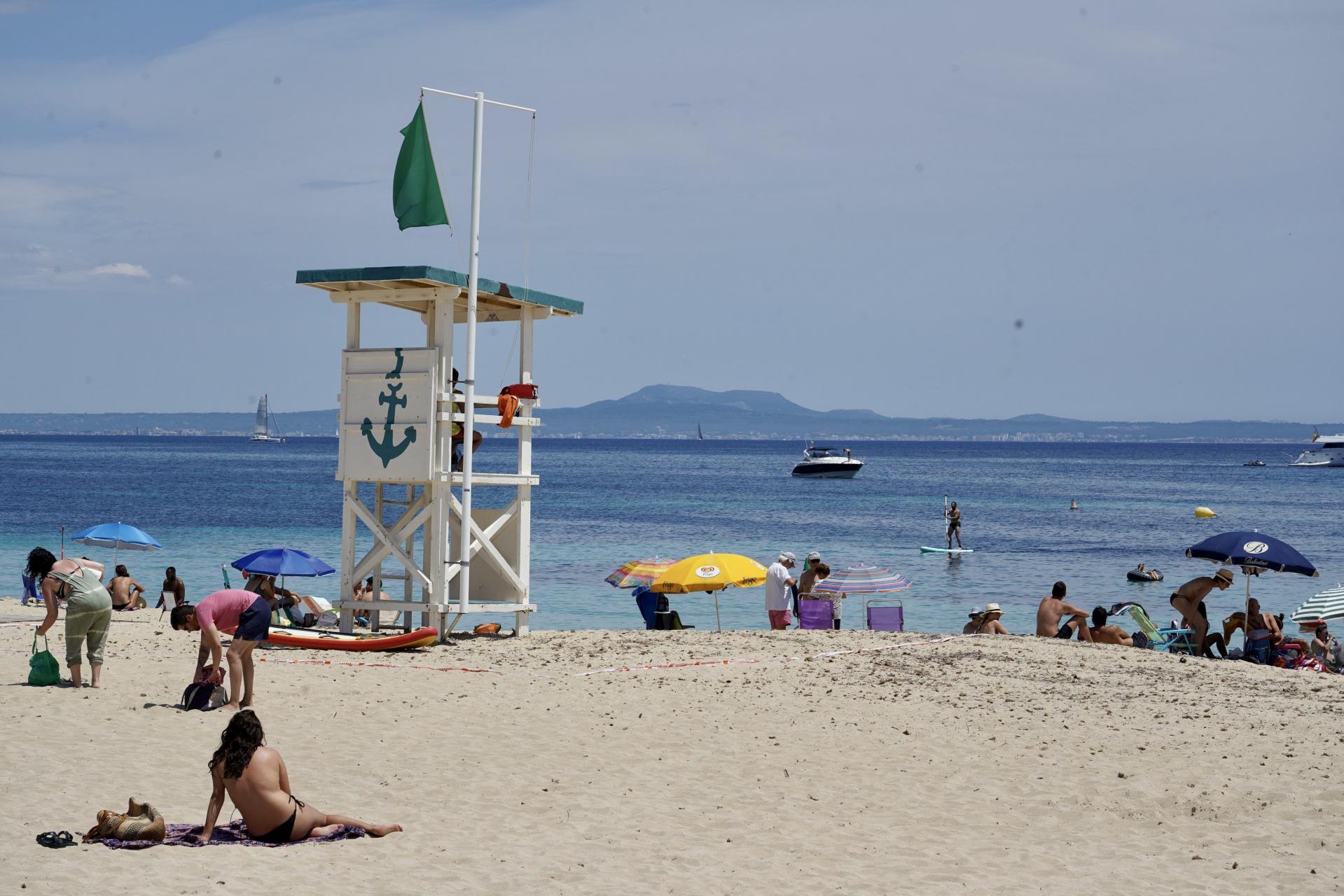 But while Marichal’s super-interested reality was inviting holidaymakers to book early for summer and not be disappointed and so have to risk a destination that isn’t a refuge, mention was beginning to be made of “the seventh wave”. Yes, just when you thought it was safe to take your masks off and easyJet was adding its name to a list of airlines no longer requiring mask-wearing in planes, along came some anxiety about the virus and its rising incidence.

As Covid (Omicron specifically) has been in retreat (or had been), governments have been dispensing with restrictions. From the Canaries came the news of Covid restrictions being eliminated, which was wrongly misinterpreted as these having all been done away with, including the need for masks indoors. They hadn’t. The Canaries had merely adopted policies regarding the likes of capacities; much the same as the Balearics therefore. Indoor mask-wearing is a decision for the Spanish government, not for regional governments.

The president of the Canaries, Ángel Victor Torres, announced that the doing-away of restrictions represented a “temporary suspension”. They could be reactivated if the health situation deteriorated again. And it was precisely this potential deterioration which was said to be alarming some in Spain’s tourism industry.

One would surely have to think, however, that incidence rates will have to climb steeply before restrictions start being reapplied. The rates were, after all, high enough as it was when restrictions were being done away with; the Canaries have been slower than other regions in this regard.

The rise in rates may, however, influence Spanish government travel policies. Cautious as it has been with masks indoors, eliminating the Covid passport for vaccination as a travel requirement seems unlikely at present. The CEO for easyJet in southern Europe, Javier Gandara, was pushing for a relaxation, so that his mask-less passengers don’t need the passport on arrival. He may have to wait a while yet, even if this Covid passport requirement does seem somewhat unnecessary.

The virus is just one factor to have been taken into account by Spanish consultancy firm Brain Trust, which has set out three scenarios for the impact of the war on spending by tourists and travellers. One envisages the conflict ending soon and Covid rates not rising. Under this scenario, the short-term for Spain’s tourism (Easter) will see tourist numbers and spending roughly equivalent to those of 2019.

The most pessimistic scenario is for an entrenched war and difficulties with supplies of raw materials beginning to seriously affect economies and foreign tourism. Spending would thus drop to what it was when Omicron first appeared on the scene and governments reintroduced restrictions. In fact, the firm suggests, there will be a greater impact.
I’m not sure that one needs to be a consultant with the brain power of a Brain Trust in order to arrive at these sorts of scenario.

We can all hazard guesses along the same lines, and one will be that the season will be affected. The Armengol thesis presented to parliament did accept that there is the possibility of economic repercussions - Toni Costa may not have noticed this - and it would be a height of optimism to believe that there won’t be.

However, and for now, let’s trust in the power of Jorge Marichal’s brain.