Madrid come back from a goal down to beat Mallorca

Another 2pm kick-off for Mallorca, something which the club are not happy about. It was very hot and humid in Palma last weekend against Girona, and it was much the same in Madrid.

Vedat Muriqi nearly gave Mallorca a dream start at the Bernabéu, but volleyed straight at Courtois after just 30 seconds. After six minutes, a Dani Ceballos shot from just outside the box drew a regulation save from Predrag Rajkovic in the Mallorca goal. Four minutes later, Rajkovic had to be alert in stopping Vinicius Junior, whose pace took him past Maffeo in latching on to a long ball from Rudiger.

It was Rajkovic again on 27 minutes, saving from Rodrygo's effort. Mallorca, as could have been expected, were playing deep and packing the defence, while looking to hit Madrid on the break. But it was a free-kick on 35 minutes that gave Mallorca a chance. Muriqi took it, heading in unmarked from a Lee Kang-in centre.

With three minutes of added time played before the break, Federico Valverde equalised for Madrid and in sensational fashion, having run from his own half before firing into the top corner of Rajkovic's goal.

Twenty minutes into the second half and Mallorca should have retaken the lead. Clement Grenier got past two defenders and set up Antonio Sánchez whose shot went tamely past what was an almost open goal. Carlo Ancelotti's substitutions weren't doing anything to solve the absence of Benzema, but a driving run by Rodrygo put in Vinicius to make it 2-1 on 72 minutes. 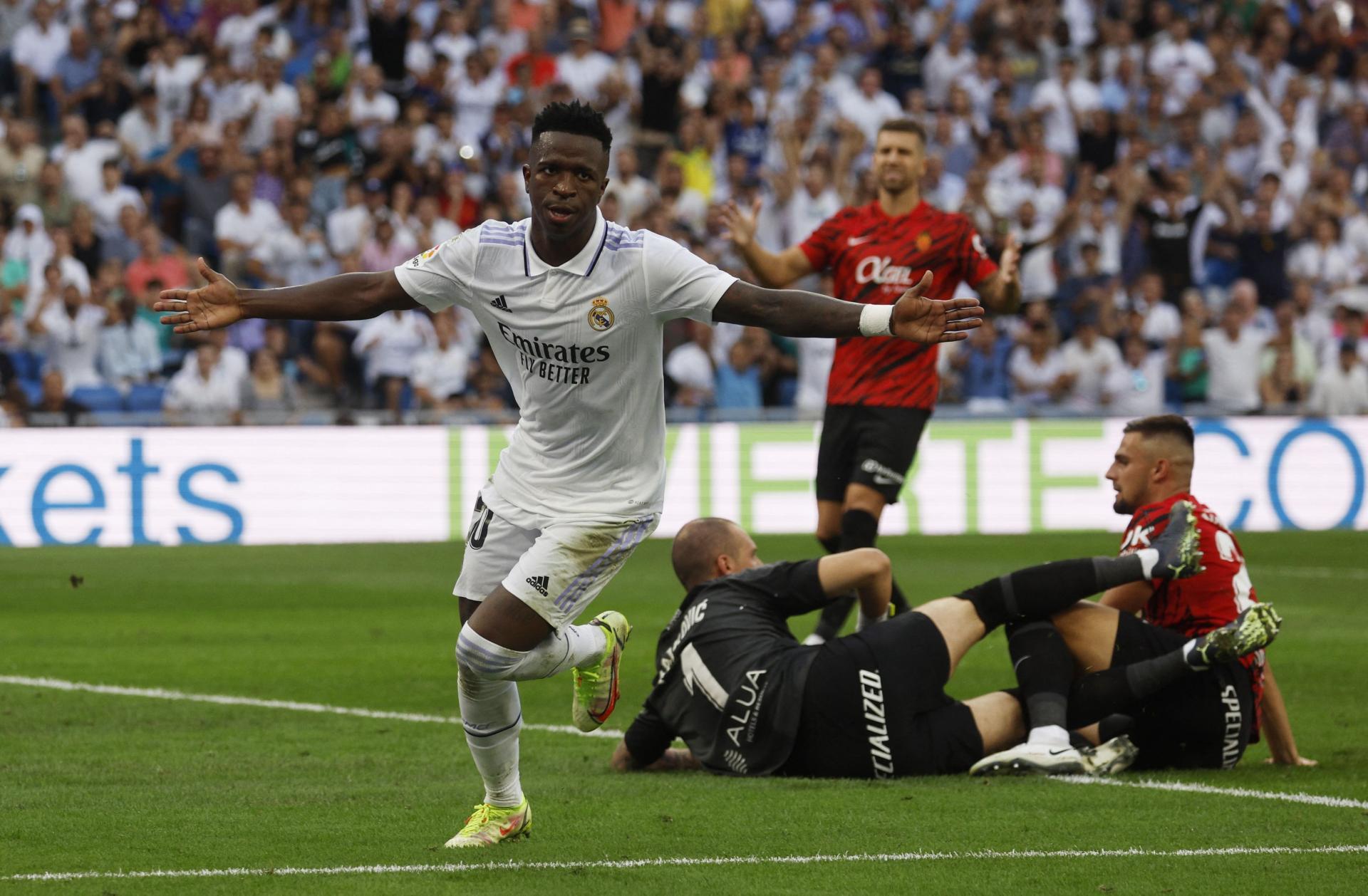 A minute before the end of normal time, and Rodrygo went past three defenders to score Madrid's third. The wheels of the Mallorca bus had fallen off, and Antonio Rudiger volleyed in a Kroos free-kick to make it four.