Are endurance races worth the risk?

Last Saturday a 42-yr old man died competing in the Mallorca Spartan Race. You may have read about it in this publication or another. He had a heart attack whilst tackling the 10km+ of mountain trails blockaded by twenty-five obstacles, each testing his limits of endurance, strength, agility and stamina.

Two years ago I competed in the same race. I was only 33 at the time- nine years younger than the deceased. By the end of the race, which is held up by the Military Base at Jaime II in Genova, my face was ghost white. I had not expected such a gruelling experience.

Once I heard the news I ran a quick search. Turns out a 50-yr old man died of a heart attack during a Spartan Race in Colorado Springs, USA, back in August last year. Not that long ago. Apparently he also died of ‘cardiac complications’.

And then, only a couple of months later in October last year, a 45-year old British fireman died during the swim section of the Challenge Mallorca ‘half-ironman’ in Peguera. The duty lifeguards performed CPR on the beach for nearly an hour, the traumatic ordeal happening in front of the desperate faces of his wife and parents. He, too, had suffered a cardiac arrest.

Cardiovascular disease is a leading cause of global mortality, accounting for almost 17 million deaths annually. About 45% of all cardiovascular deaths are sudden cardiac deaths. In athletes, however, SCDs are a much more rare condition. Between 2009 and 2014, all emergency medical service–attended cardiac arrests in Ontario, Canada, occurring during sport in persons 12-45 years of age, were analysed. The study, published by the American College of Cardiology, found the incidence rate of sudden cardiac arrests to be just 0.76 per 100,000 athlete-years.

With such slim odds, the families of the deceased must be left wondering, ‘why him?’
In a blog under one of the news reports about the poor German’s death, one reader commented, ‘he spent 80 euro on a race but wouldn’t pay 35 on a medical check up.’ A little insensitive, but does the reader have a point? Is a greater emphasis on cardiac screening the solution?

Echocardiograms, or ECGs, can diagnose underlying heart problems that increase the likelihood of sudden cardiac arrest. However, at the World Congress of Cardiology, Dr Mark Estes- Professor of Medicine at Tufts University, Boston, and Director of the Cardiac Arrhythmia Center at Tufts, argued that ‘more AED’s, not screening, is the most effective way to limit deaths from SCAs’.

He admits that with such low recurrence rates, a study to verify that claim would be extremely difficult and expensive to carry out. In any case, getting defibrillators to competitors in an emergency situation should be of paramount importance. Unverified reports from competitors in the Mallorca Spartan Race claim that it took fifty minutes for race paramedics to get last Saturday’s casualty into an ambulance.

Before placing blame or responsibility on emergency medical services, let’s ask another question: should middle age men be pushing their bodies to such extremes, risking their health and lives in the process?

At CrossFit Mallorca where I coach, new clients are requested to partake in three introductory classes to prepare their bodies for the novel movements, exercises and training format. Toward the end of these classes, I give the newbies the daintiest of workouts- a few skips, the odd shallow box jump, some deadlifts with a very light kettlebell. Despite the ease of the workout, heart rates in untrained middle-aged men skyrocket. 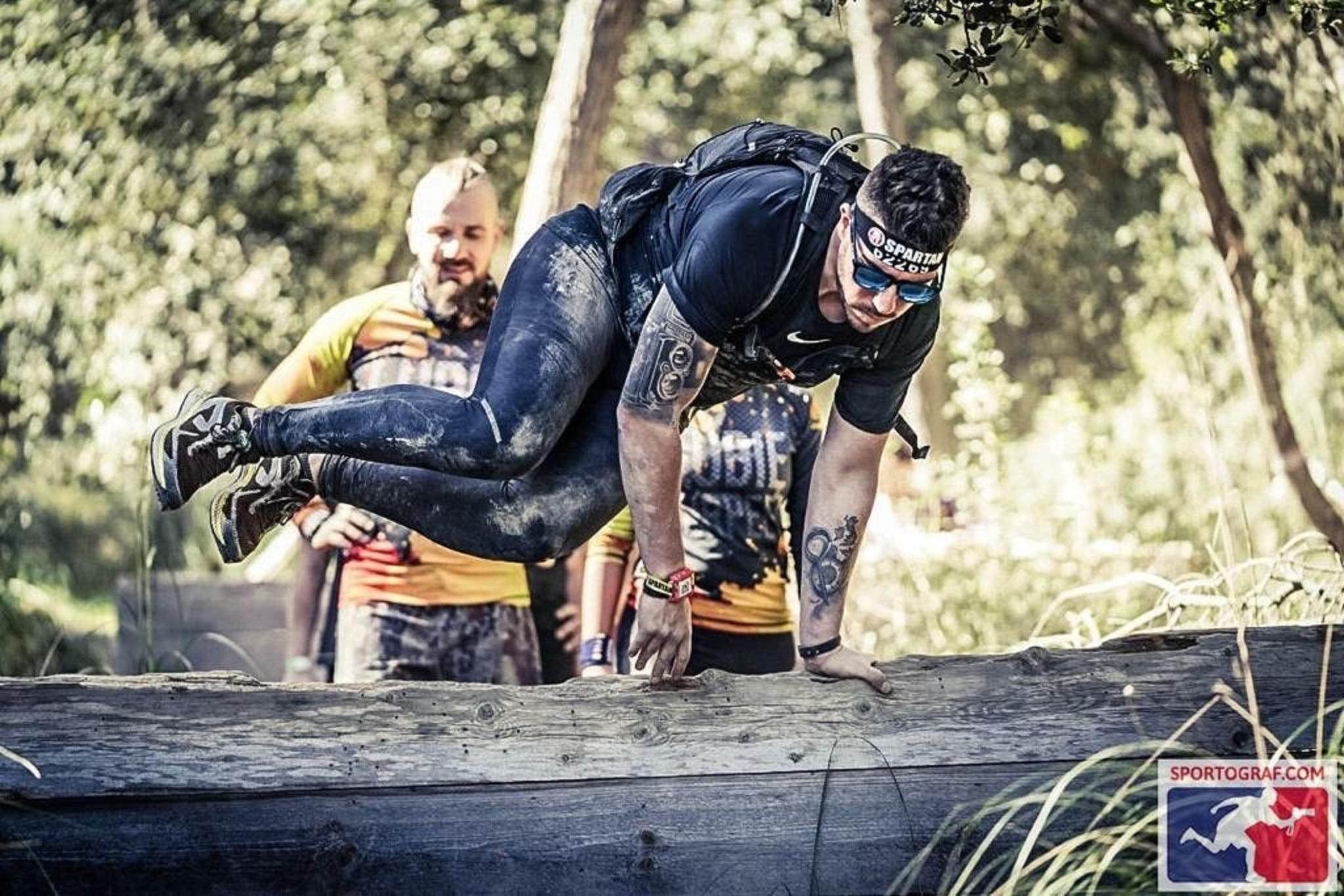 There are telling signs that they’re over doing it- sweat soaked t-shirts, flushed faces and the fact they’re stooped over like a teenager in Magalluf. Despite those arbitrary indicators, I’m always grateful if they’re wearing a smart watch with a heart monitor. That way I can ensure their heart doesn’t exceed 160 beats per minute and that I’m not sending them to the ICU. It’s clear, at least to me, that sedentary middle-aged men have a greater risk of heart failure then the moderately active.

The problem is that a Spartan Race, Ironman or marathon is far from moderate. Not only that, these endurance events are becoming ever more exhausting, too. Obstacle course running events- like the Spartan Race and Tough Mudder- are recent fitness crazes. Marathons are being shadowed by 100km ultra-marathons. And the first triathlon event, founded in France back in 1922, involved only a 3 km run, a 12 km bike ride and a 200m swim. Today’s Ironman is over ten times as long. In a world where further, faster and fitter is supposedly better, the limits are always tested and found wanting. In 2015, James Lawrence- aka the Iron Cowboy- completed 50 consecutive Ironmans in 50 days, breaking his own measly record of just thirty.

The low occurrence rates of cardiac arrests in athletes are a reflection of the benefits of endurance exercise. Only the deceased were not ‘athletes’. It’s likely that they had underlying heart problems and screening may have helped. What’s even more likely is that they were insufficiently trained and unprepared for an endurance challenge designed and updated to reflect the accomplishments of the elite. As T.S. Eliot reminds us, ‘only those who risk going too far can possibly find out how far one can go.’ When it comes to our own lives, wouldn’t it be better to let the young, sufficiently trained pioneers, play the guinea pigs?

As the forerunners up the ante, the masses blindly follow. Can’t we engage in moderate exercise without competing in grueling endurance races, that are, perhaps, beyond our personal limitations?

Unfortunately, the answer is that it’s unlikely. Anchoring our training to a formal upcoming race or event is often what motivates us to get up off the sofa in the first place. In the months preceding a race, the fear of judgment from peers encourages us to lace up our running shoes. If it weren’t for the lure of competition, many wouldn’t do enough exercise to just stay healthy. 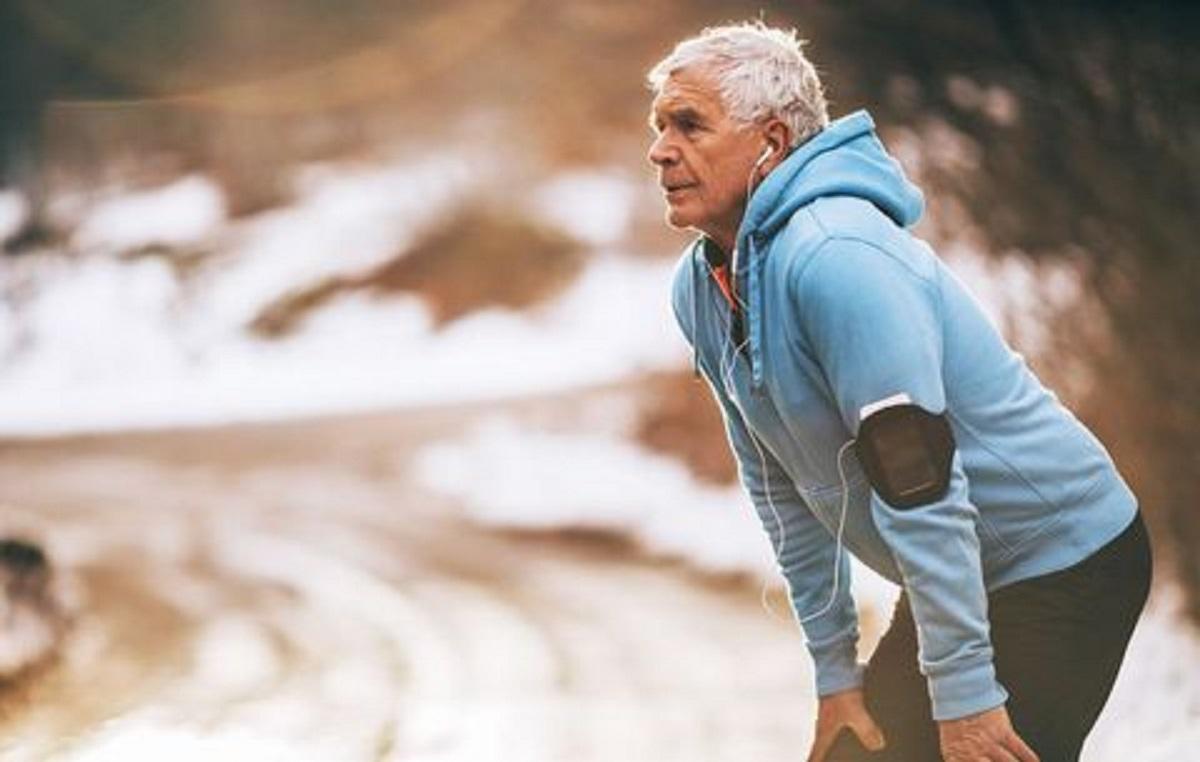 How do we weigh it up? Should we applaud these endurance events for the net benefit to society’s health? Or should we scrutinise how they encourage the layman to push his body to the limit, and beyond? Last Saturday, another middle-aged man died during an endurance event here in Spain. The 49-yr old Spaniard suffered a cardiac arrest while participating in the “Top of the Rock” race held in the Castellón town of Les Useres. Are the infrequent deaths of few the small price for the benefited health and longevity of the masses? Perhaps his family care for the net benefit of society, but I doubt it. In any case, there’s a reason these moral questions have echoed in the chambers of philosophy departments for millennia; they’re hard to answer. I only know that if it were my life, or that of my dearest, I couldn’t be so consequentialist, either.