Gondoliers row gondolas full with tourists on a busy canal in Venice. | STRINGER

From Venice to Barcelona, Europe's top tourist destinations are bracing for their worst ever summer as they emerge from lockdown, but many residents are delighted to have a break from the hordes of visitors that now blight their home cities.

"We need to put the people who live in Venice first," said Marco Gasparinetti, spokesman of Gruppo 25 Aprile, an organisation urging a radical rethink on tourism in the Italian lagoon city.

He and others see the crisis as a chance to tackle "overtourism", which they say has wreaked environmental havoc and ruined neighbourhoods as landlords turn rental properties into holiday lets, pricing out residents.

"We cannot go back to the previous system as if nothing had happened, destroying the city with mass tourism," he told the Thomson Reuters Foundation.

A booming global middle class and proliferation of budget airlines has seen some of Europe's most stunning cities - including Amsterdam, Bruges and Dubrovnik - become overrun with tourists.

In some places the problem has been exacerbated by the massive increase in the number and size of cruiseships.

With cruises suspended, Venetians say the lagoon is looking cleaner than it has for decades. Cormorants and crabs were even spotted in St Mark's Square during lockdown.

In Barcelona, Iria Mon said the break in tourism means she can finally enjoy trips with her children to attractions like Park Guell. 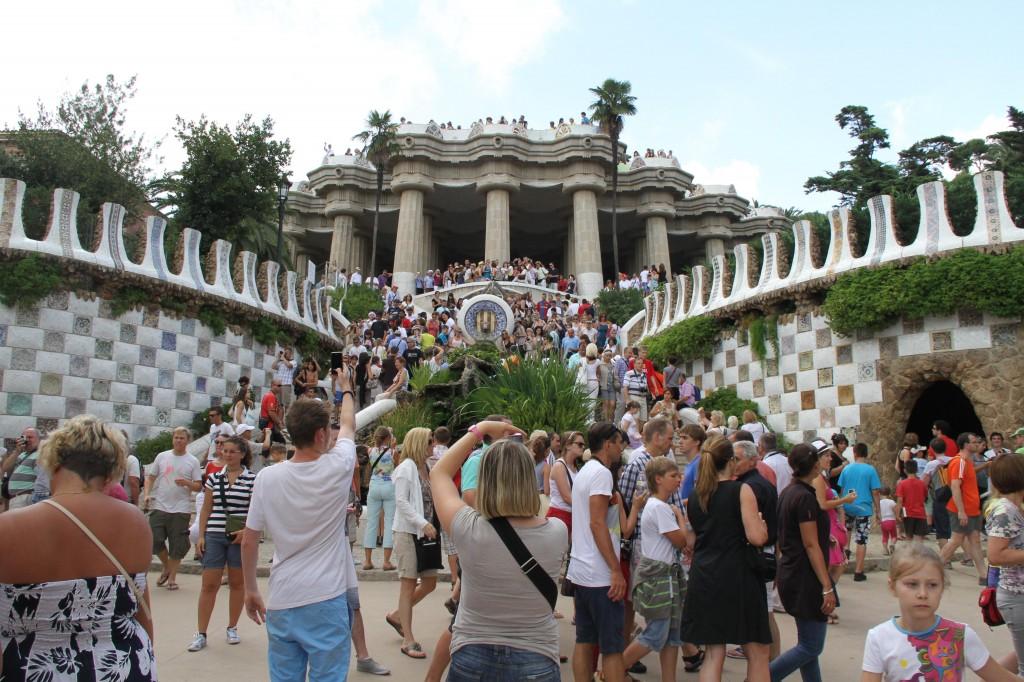 Designed by Barcelona's celebrated architect Antoni Gaudi, the park has become so rammed with visitors in recent years that Mon said many locals were put off using it.

"Barcelona is one of those cities whose success is also its downfall," she said.
Having recently returned to the city after a decade abroad, Mon was dismayed to find even her own modest neighbourhood swamped with sightseers, where once children played in the streets.

On the city outskirts, La Teixonera used to be a quiet area, but the opening of the Bunkers del Carmel - a hilltop ruin with a view over the city - has changed that.

"Now it's sometimes a mission to even get on a bus because they're so full," Mon said.

AIRBNB LETS
Tourism accounts for about an eighth of GDP in Spain and Italy, which were both badly hit by the coronavirus.

Desperate not to lose the summer, Italy cautiously reopened its borders on June 2, with Spain set to follow on July 1. But no one expects mass tourism to resume overnight.
In Venice, the city layout with its narrow alleys and bridges will make it particularly difficult to impose social distancing if large numbers return. The Dutch canal city of Amsterdam faces similar problems. 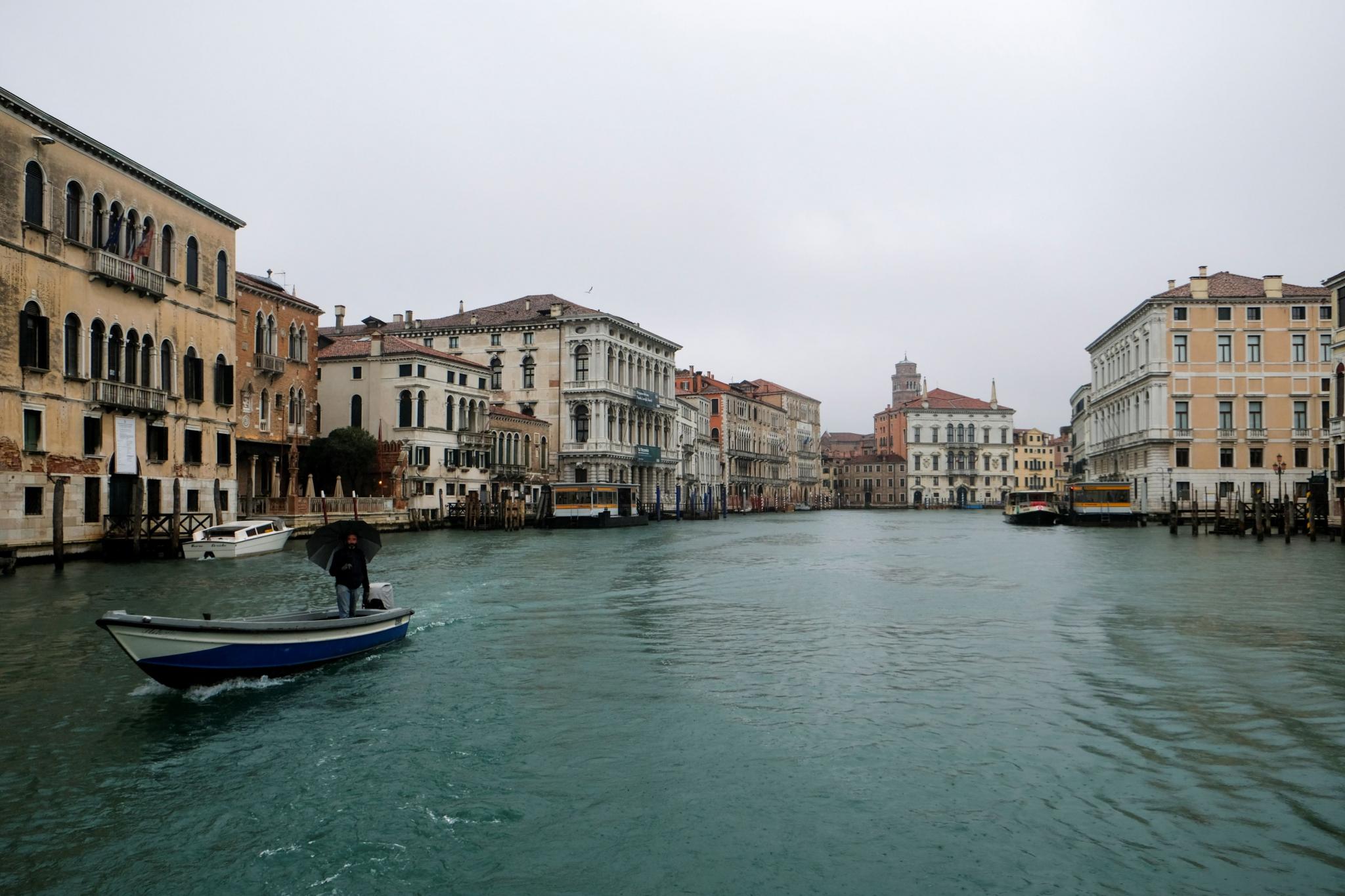 Venice normally attracts 30 million visitors a year, dwarfing the population of 52,000 residents, which has shrunk from 175,000 since World War Two.

Thousands disgorge daily from cruiseships and other boats, but Gasparinetti says the city should focus on attracting a smaller number of visitors who stay longer and spend more.

"Day trippers are ferried into Venice like cattle for a couple of hours, they just see St Mark's Square, they leave behind plastic bottles and bring nothing to the city," Gasparinetti said.

Gruppo 25 Aprile, which enjoys popular support among Venetians and plans to field a candidate in September's mayoral election, wants to encourage a mix of businesses and ban new hotels.

It has said Venice should be made more affordable for locals by cutting taxes on homes, while raising them on holiday lets and empty properties.

There are currently 8,000 empty apartments in Venice, according to Gasparinetti.
With some owners reluctant to let to locals fearing they will default on rent, Gruppo 25 Aprile is proposing Venice follow the example of Bologna, which has set up a fund to reimburse landlords in such cases.

Estate agents say some owners are thinking of letting to students until tourism resumes.

Venice's mayor did not respond to a request for comment on how the city would adapt to a post-COVID era.

Gruppo 25 Aprile's plans for Venice are inspired by the efforts of Barcelona Mayor Ada Colau to tame rampant tourism in Spain's second city.

Her deputy Janet Sanz said the pandemic had provided "an opportunity to rethink the city", which draws about 30 million visitors a year, saturating the historic centre.

A major problem in many European hotspots has been the success of holiday rental platforms like Airbnb and Booking.com.

Sanz is urging landlords to let their apartments to locals again, and has said the economic fallout from the pandemic may help in this.

Since 2017, City Hall has banned new hotels and new permits for holiday lets in the most touristy quarters and cracked down on an explosion of illegal lets - shutting 6,300 unlicensed rentals, according to Sanz. 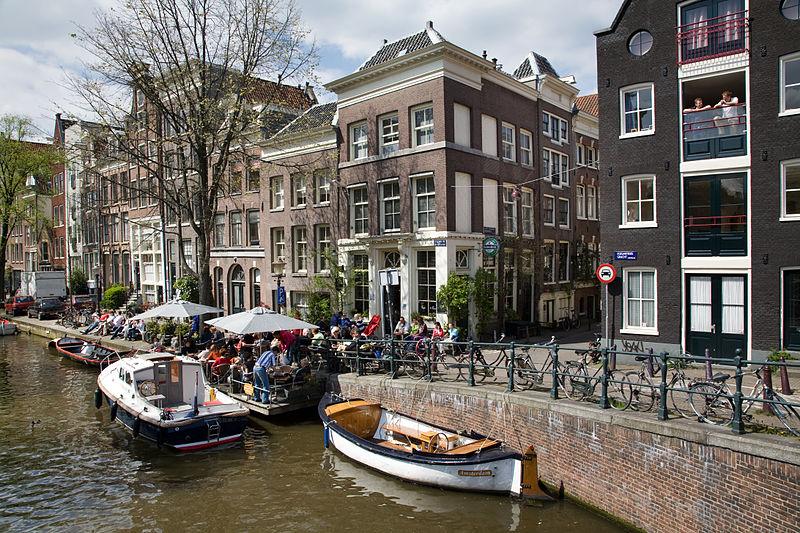 Halsema has warned that the unchecked return of mass tourism could spark a new wave of coronavirus.

But mass tourism was a concern long before COVID.

The mayor wants to end Amsterdam's image as a party destination and improve living conditions for locals fed up with the noise and waste created by visitors. She is considering buying real estate in central Amsterdam with a view to ensuring that shops and restaurants cater more for locals.

In a recent letter to the council, she said they would reduce tourism numbers and encourage visitors interested in the city's history and culture.

Amsterdam has already stopped granting permits for new hotels and souvenir shops. It is also cracking down on holiday lets and even considering a ban in some central areas.

"It's clear that in recent years the city was not in balance," said deputy mayor Victor Everhardt.

"The livability of some areas has suffered under all the visitors. We're aiming at a better balance."