Now we know why Boris Johnson tried so hard to get his docile Yes-man, Chris Grayling, to chair the Security and Intelligence Committee, and why he reacted so viciously against the properly elected chairman, Julian Lewis, when his clumsy plot failed.

The ISC’s long-delayed report into Russian influence in Britain’s domestic affairs – followed by the revelation that Tory ministers are in receipt of cash donations from Russian businessmen – shows why Number 10 and the security services were so desperate to keep all this under wraps. The nine-month delay in publishing the report is a disgrace and hardly encourages the idea that the government is eager to act on it.

Some commentators have said that it only tells us things we already knew, such as the false and inflammatory material the Russians put out on social media and their attempts to influence elections. But that ignores the sheer volume of material which has been redacted from the published report: any number of “smoking guns” might be concealed there.

This cool response also fails to acknowledge the seriousness of the report’s main conclusion: that Britain has been too slow to wake up to the threat posed by President Putin and his stooges. Heaven knows why the country wasn’t woken up sharply 14 years ago by the Kremlin-inspired murder on British soil of Alexander Litvinenko.

The fact that both Labour and Conservative governments opposed strong demands for an investigation into the murder reflects that official complacency – or a fear of what it might have unearthed. It took the attempted poisoning of Sergei Skripal last year - causing the death of an innocent English woman - to make people realise not only how malicious and vindictive Putin can be, but that he is now so flushed with power that he thinks he can get away with murder in other people’s countries as well as his own.

When the cold war ended three decades ago, the activities of Russian spies in London became a lower priority than watching potential Islamist terrorists. It is clearly time to restore closer checks on them. And the MPs, peers and City businessmen who become consultants or directors for Russian companies should also be made aware of the risks they may be taking with Britain’s security.

The disruptive role of expatriate Russian billionaires is also highlighted in the report. We all remember politicians like Peter Mandelson and George Osborne sucking up to these oligarchs at parties while their luxurious yachts they lay at anchor off Monte Carlo or Corfu. Now they are made to feel welcome as privileged denizens of Londonistan.

How much serious debate, I wonder, went into the Treasury’s decision in 2008 to give these oligarchs the right to stay in Britain, and eventually to seek UK citizenship, in return for tax incentives and substantial investments in the country.

Was it really thought that these nice Russians were doing this to help Britain – or to give Putin more power through his placemen, some former colleagues in the KGB, to influence British business and politics?

We now know the answer. Electoral Commission records, revealed in the wake of the ISC report, show that six members of the Cabinet and eight junior ministers received tens of thousands of pounds from individuals or businesses with links to Russia. Did anybody check whether these donations could possibly be a way of laundering dirty money?

The explanation offered by the government, through Brandon Lewis, the Northern Ireland Secretary, that it would be “racist” to refuse a donation to the party because of the donor’s nationality, would be laughable if the matter wasn’t so serious. Would it be “racist” too for the City of London to refuse to accept laundered money because it came from Russia?

What is most worrying about all this is that nobody seems to care that it is so shoddy, just as nobody seemed to care that the Housing Minister recently ordered the lifting of restrictions on a multi-million pound building development after sitting at a party fund-raising dinner next to a donor who had made a fortune out of pornography.

I was struck by a sentence used by a Times columnist the other day: “A quiet rapacity runs through British society.” Good word that: rapacity. It applies to universities that take huge amounts of money – no questions asked – from evil regimes like China and Saudi Arabia (and the murderous Saudis might even take over Newcastle United).

The Russians must be laughing up their sleeves at how easily they have been welcomed – and at such a relatively minor cost - into the political, business and social elite of British society, even though their manifest aim is to undermine the country’s institutions. Britain must seem like a soft touch.

Yet Boris still insists that Britain leads the world in the toughness of its response to Russia’s machinations. But what will his government actually do about this report? My guess would be: as little as they can get away with.

When someone said to Garry Kasparov that Putin is “strong,” the former world chess champion replied: “Putin is strong in the way arsenic is a strong drink.” Britain must beware of drinking it.

When football returned after the lockdown, it seemed likely to be an anti-climax, with Liverpool so far ahead in the Premiership. It hasn’t worked out that way.

In fact, one can hardly wait for today’s finale to the Premiership, following the breathlessly exciting end to the championship race. Two out of three clubs - Manchester United, Chelsea and Leicester- will qualify for the Champions League, Liverpool and Manchester City having already booked their places.

United, for whom I confess an allegiance, will succeed if they win or draw at Leicester. Chelsea are at home to Wolves and will qualify if they win; if they draw they would need Leicester to lose. 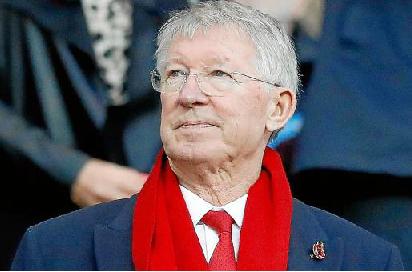 I admit to having some nerves about United – “Squeaky bum time,” as Alex Ferguson used to call it - especially after they recently dropped crucial points to Southampton and West Ham and took a beating from Chelsea in the semi-final of the FA Cup. They look rather listless and have lost the momentum they had before. And let’s pray that David De Gea doesn’t drop another clanger in goal.