Cannes Yachting Festival is ON

This month, Cannes Yachting Festival put out a press release saying the event was categorically going ahead. Organisers Reed Expositions France confirmed the 43rd edition would be held from 8 - 13 September, making it the first autumn show on the sparse 2020 yachting calendar. But, will we be ready for a large-scale international gathering in just 40 days’ time? Answers on a postcard… 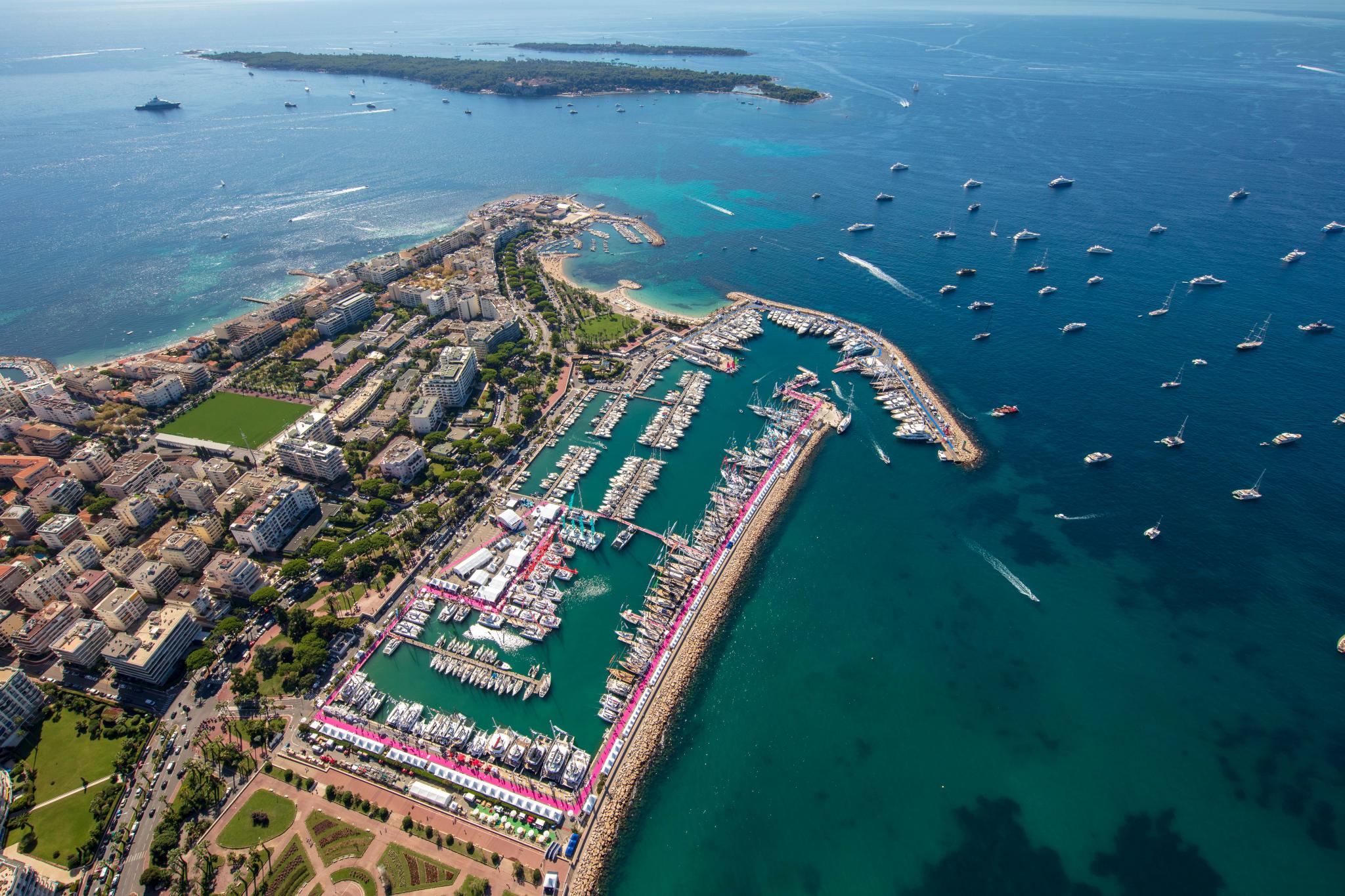 Most other European boat shows made a decision to postpone until 2021. Our very own Palma Boat Show was initially shifted from its original 29 April - 3 May dates to 4 - 7 June, before being cancelled altogether. It was a good call as Spain’s state of alarm would not officially end until 20 June. Organisers have since announced 2021 dates: 30 April - 4 May.

Mid-March, Southampton International Boat Show still had faith that it would host its 52nd edition in September but, as the pandemic developed, it was agreed to postpone until 2021. British Marine is however exploring options to run a small-scale alternative event in order to support the country’s boating industry. Watch this space for more news.

Monaco Yacht Show vacillated between several options. In April, the world’s biggest superyacht exhibition was convinced it was on course to take place from 23 - 26 September. By May, this had morphed into a more intimate not-for-profit event. As we moved into June, organisers sensed there was too much apprehension amongst attendees and they finally knocked the 30th edition on the head with new dates fixed for 22 - 25 September 2021. 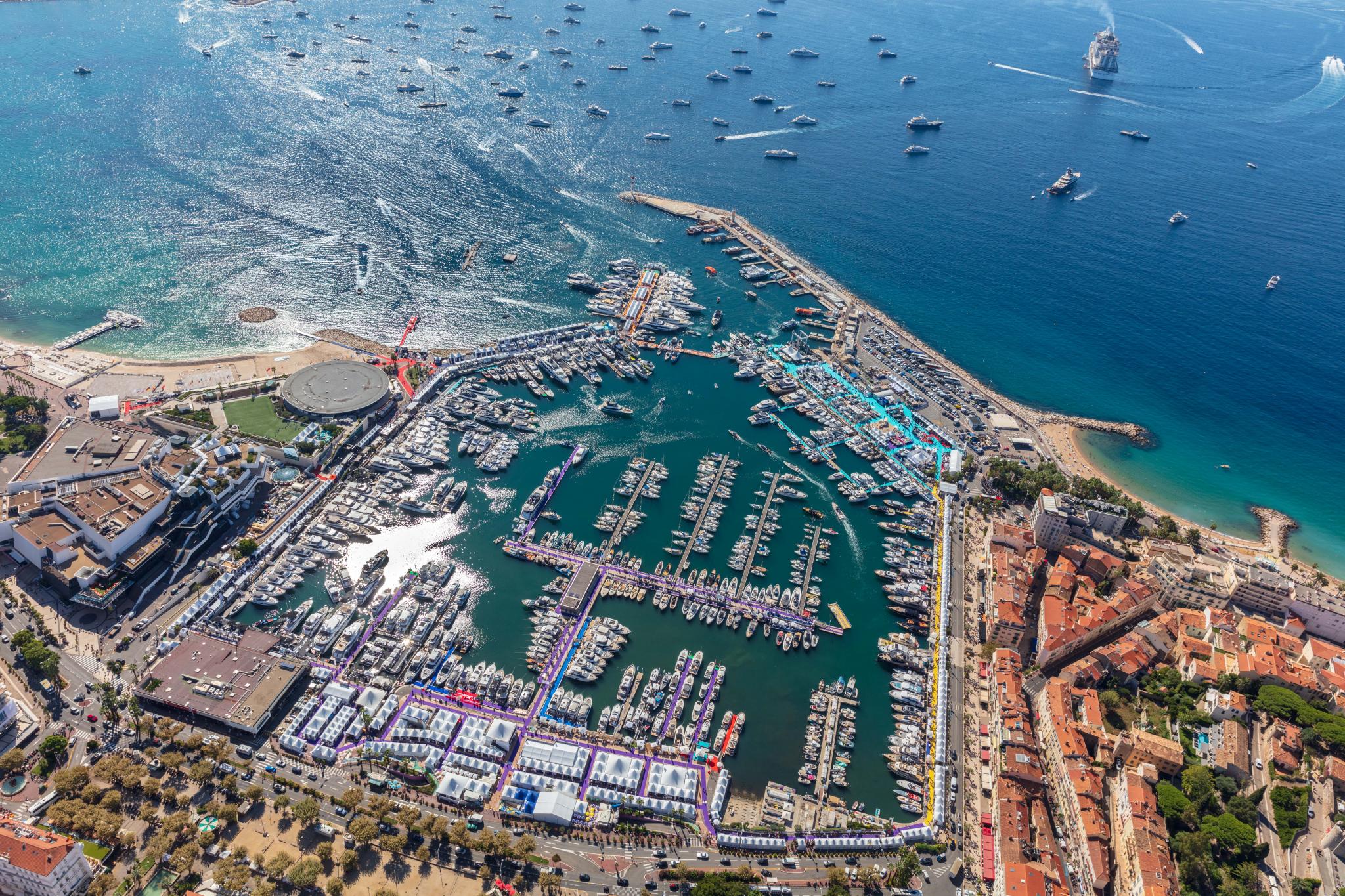 Why has Cannes decided to go against the grain? France has indeed given the go-ahead for ‘major events’ from 1 September, and organisers took this as a signal to continue with their planning.

Sylvie Ernoult is the Show Manager: “After many weeks of uncertainty in light of the context, intensive discussions with our clients, the City of Cannes, our partners and suppliers; and a great deal of work with local authorities, we are pleased to have reached the final stretch before the opening of the Festival… This year’s watchword is ADAPTATION. We have adapted the festival format and its offer to best cater to our exhibitors’ needs in terms of space and budget constraints, and the new health standards.” 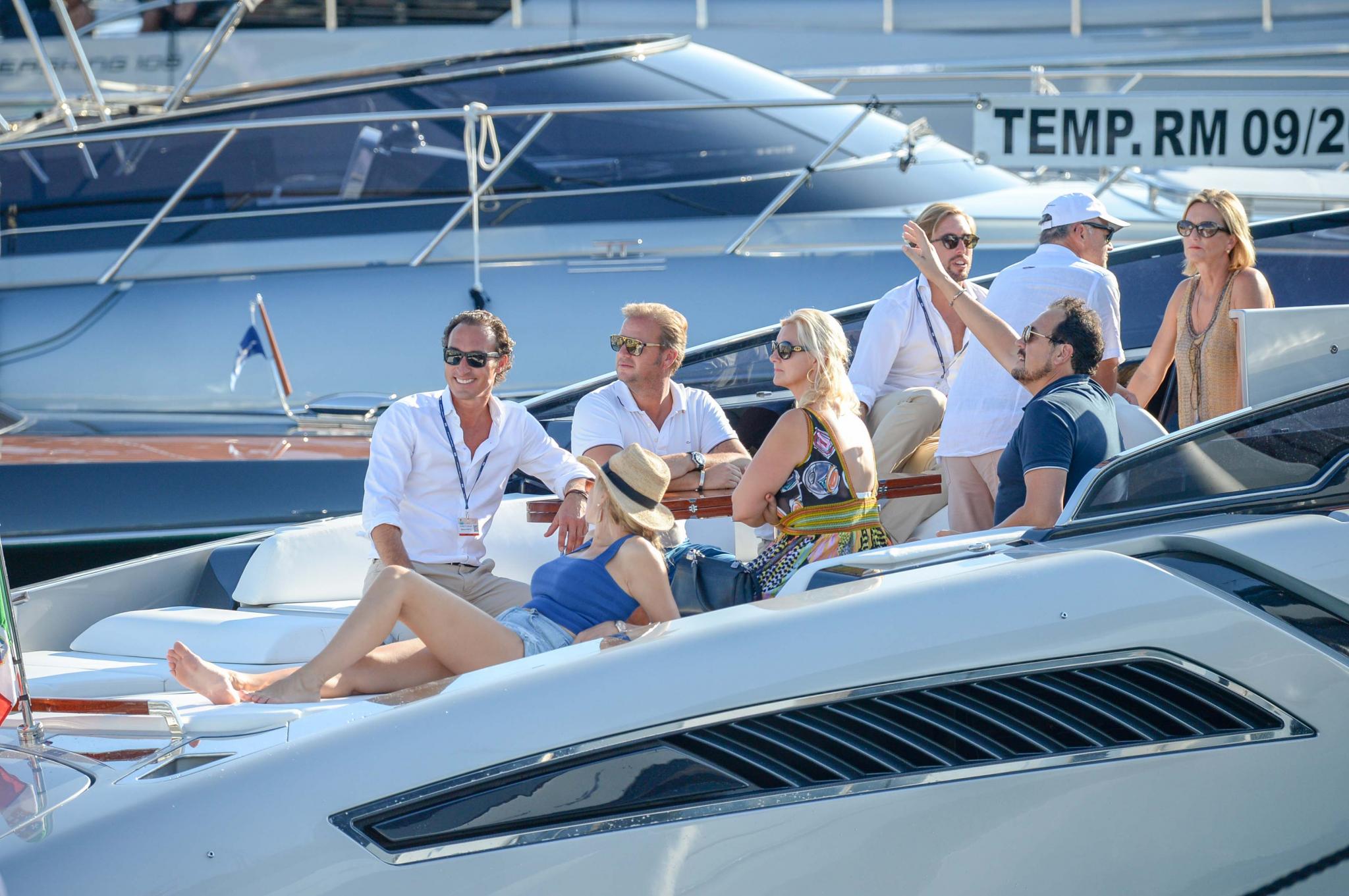 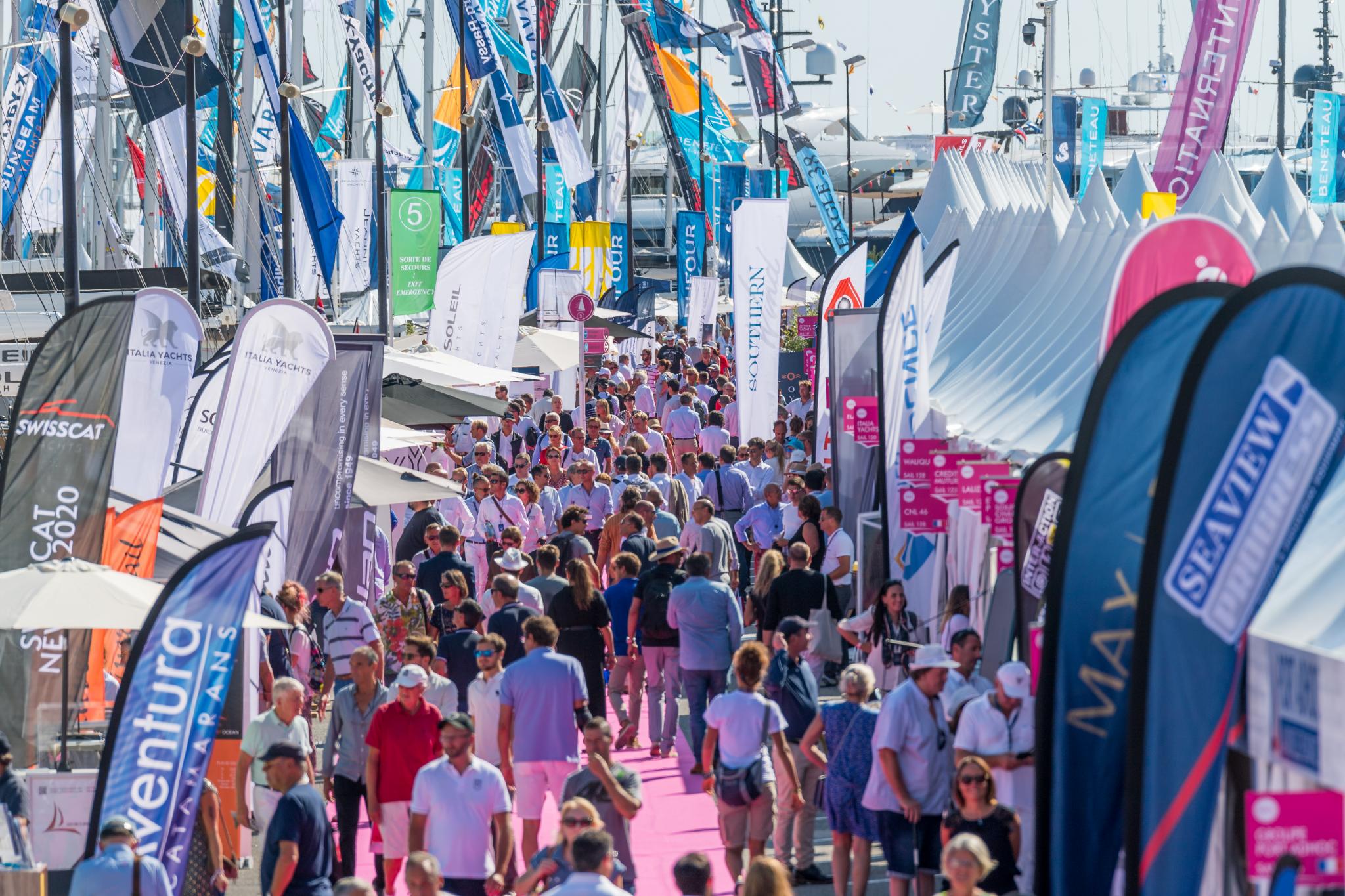 A healthy 340 motorboats and 80 sailing boats are confirmed to attend Cannes Yachting Festival and exhibitors/guests will be kept safe through relevant health protocols, including flow management, hand sanitizer distribution, the wearing of masks, constant cleaning of common areas and more. Depending on the social distancing rules in force at the time, the Festival may be expanded into additional space provided by the City of Cannes. 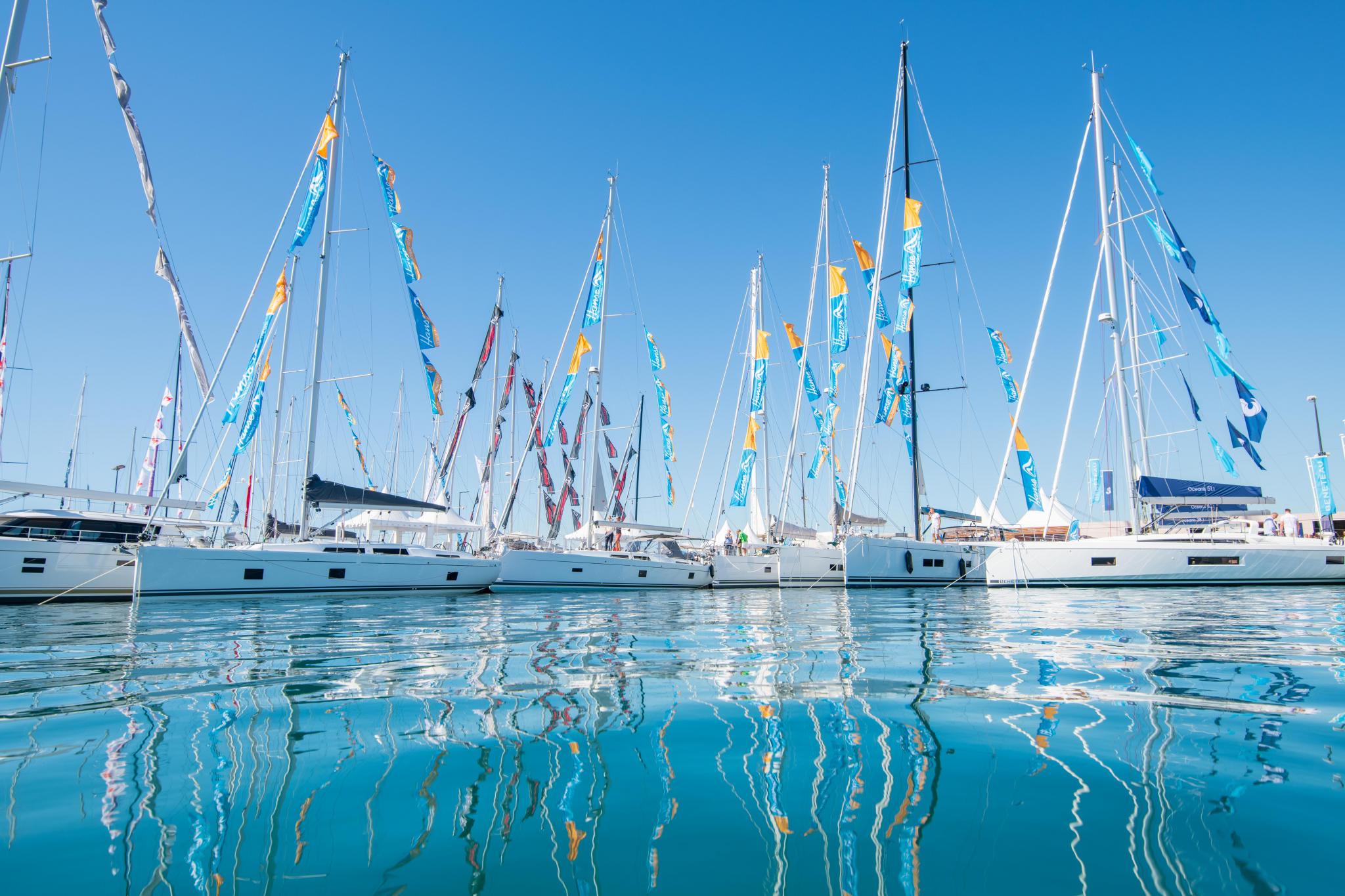 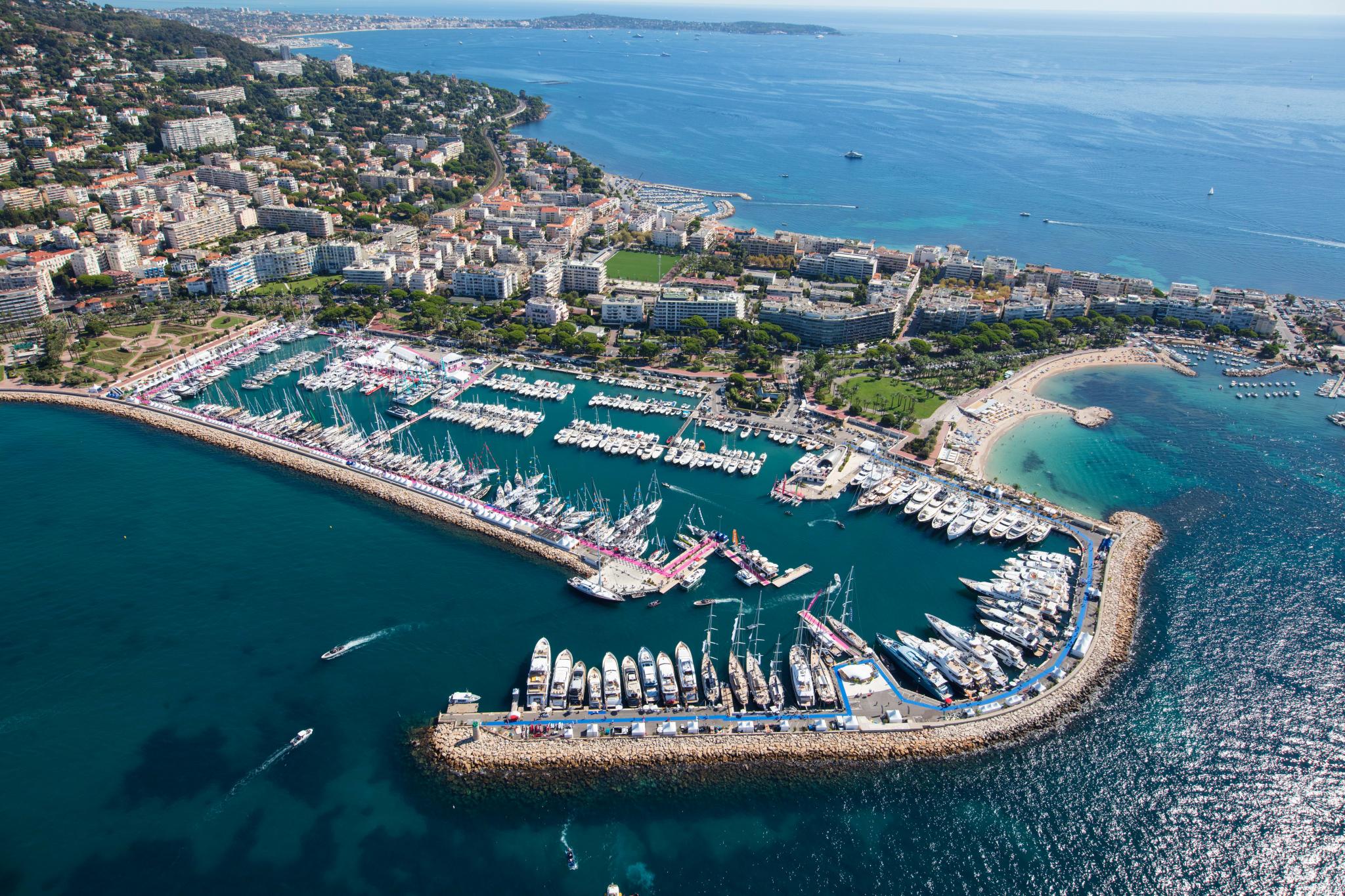 Sylvie continues: “Given the shutdown of many production sites and the ban on water-based pursuits, the nautical industry both in France and internationally has suffered a great deal, and continues to suffer. This is why we have put all our efforts and expertise into ensuring that the 2020 edition takes place, thereby giving yachting industry figures the opportunity to come together, exhibit their products and new developments and be reunited with their clients face to face. We are aware that every exhibitor is in a unique situation and our aim is to provide each one with tailored support. We are working to make sure their presence at Cannes is a key factor in resuming their activities.”

Like everything ‘corona’, the reaction to Cannes has been polarised.

Guy Norrish from Marina Estrella has already booked direct easyJet return flights from Palma to Nice for the duration of Cannes Yachting Festival: “All our brands - Azimut, Swan, Hanse, Fountaine Pajot - are saying they will be there, although the exact line-up of models is not confirmed as yet. Azimut Yachts, for example, will be one of those major exhibitors the organisers refer to who, instead of bringing 15 boats, will be bringing 10 - but that is still a lot of models to show to visitors. And, just as we have not stopped showing interested clients new boats - I‘m writing this from Italy, where I am once again waiting for clients to fly in and sea trial new yachts - the determined will make the effort. Bear in mind that when you sell big ticket items you don’t necessarily need the huge visitor numbers the shows themselves and the smaller retailers would like to have there. To finish, if any of us a year ago had been asked the apparently crazy question - ‘Imagine you could only have one boat show next year, which one would it be?’ - I don’t think I would have been alone in answering ‘Cannes’.”

Others are watching the slow resurgence of the virus in Europe - particularly among younger people who are perhaps displaying signs of complacency and a keenness to socialise without distancing - and a boat show is far from their minds. Just this week, Boris Johnson warned of a looming ‘second wave’ and, having seen nearly 14,000 new cases in the week to July 26, controversially advised British nationals against all but essential international travel to Spain. Germany and France are also under the spotlight, with the latter reporting 6,325 cases in the past week. Family celebrations, mingling in crowded spaces such as bars and clubs, and overseas travel, are being blamed for this rebound. So is an international gathering the wisest plan?

Long-standing yachting industry professional, Peter Franklin, said, “This pandemic is far from over and I think that mass events of any kind are just not sensible for the foreseeable future. All these promises of ‘safe protocols’ being made by event organisers, are somewhat conveniently and selfishly overlooking the fact that people have to travel to get there. And they have no control whatsoever over those risks. However, I’m only stating my opinion, everyone has to decide for themselves.”

Editor of The Islander Magazine, Simon Relph, said: “Good luck to them, but I won’t be visiting this or any other show this year. Why take an unnecessary risk? I’m surprised it’s still going ahead and feel it’s profit-led.”

However ‘profit-led’ is exactly why Paddy Harrison from 5 Star Yachts will be on that plane with Guy. “That’s why I’m going - I need to sell some boats.”