Easter tourism: there was no invitation

Caution and “a very slow de-escalation” must be applied

The return of TUIfly. | MDB files

In the first week of May last year, the Association of Hotel Chains proposed a “test” from the middle of June. This would involve two flights from Germany with low capacity in order to check on procedures at the airport, on transfer coaches and in hotels. If this test were to prove satisfactory, hotels could look to open from the start of July for more flights. This proposal emerged at roughly the same time as the national minister for transport, José Luis Ábalos, was flagging up the notion of “safe corridors”; he had Germany in mind.

These two elements combined and resulted in the June tourist pilot plan, an initiative which had seemed out of the question in early May where the Balearic government was concerned. Its position was dead against an opening of ports and airports. It was later in May that the Balearic government tune began to change, and this ultimately led to the spin that surrounded the pilot plan. The government claimed success for something that hadn’t been its idea.

It’s important to distinguish between the spin and the reality, as it is also important to recognise when there are exaggerated or erroneous interpretations of the reality. I am no apologist for Francina Armengol and Iago Negueruela. I have been critical of their contradictions in the past, and the pilot plan was an example of where I highlighted the spin. 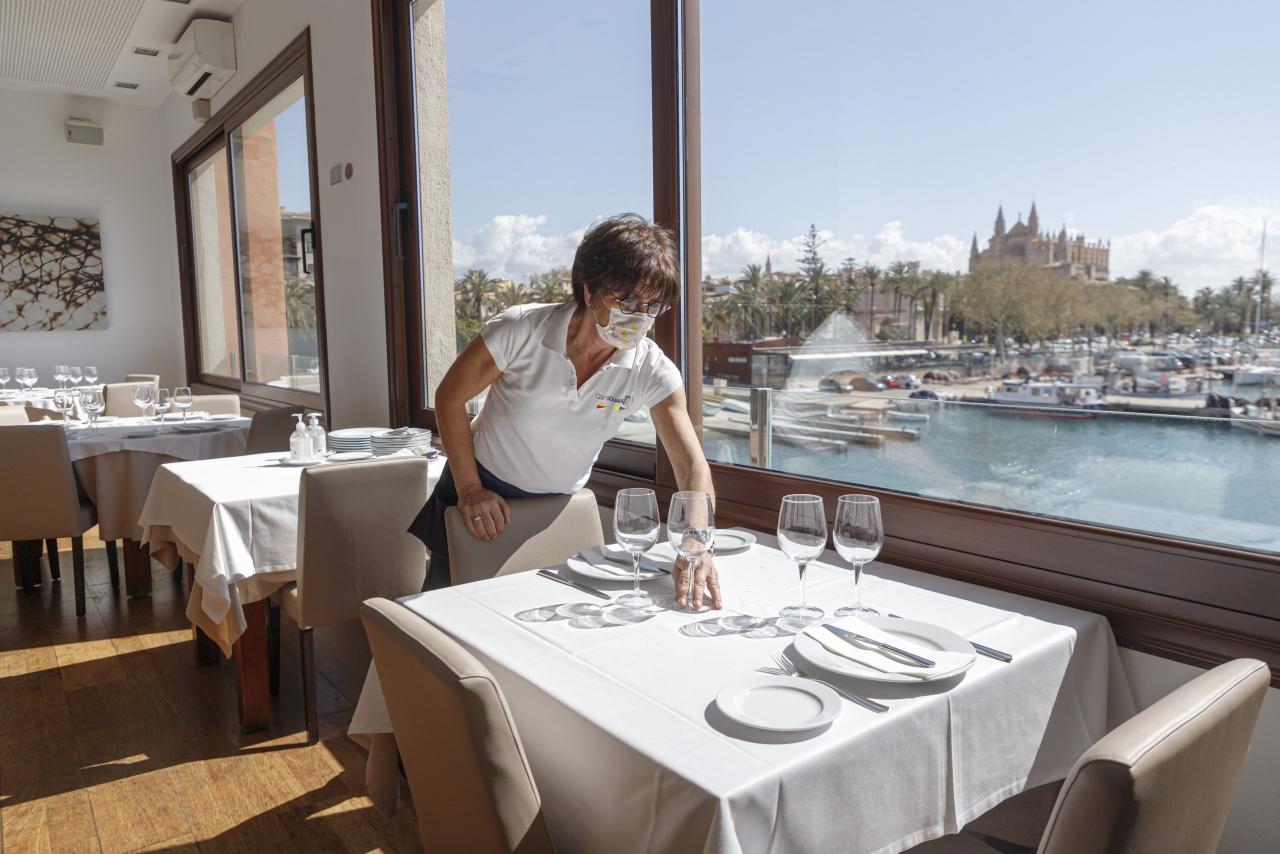 But as German tourists have become the focus of so much attention once again, it is necessary to draw attention to what Armengol and Negueruela actually said a couple of weeks ago to an online press conference for the Berlin ITB fair.

The misreporting and the political capital made by the opposition claim that an invitation was extended to German tourists to travel to Mallorca over Easter. There was no such invitation.

It is true that Armengol highlighted the fact that the Balearics had the lowest incidence of coronavirus among Mediterranean destinations and that the figures were continuing to go down - “in contrast to other tourist destinations, such as Turkey or Greece”. She then said that “we must continue working to reduce the incidence and to be able to initiate tourism activity without complications for the coming season”. The Balearics will “slowly reopen activity and check the effect of each step before taking the next one”. (The coming season was not Easter; it was June, May at the very earliest.)

Negueruela appealed for collaboration from, among others, the tourism sector in allowing a restart of German tourism as soon as possible with the maximum guarantees of safety. He stated that the islands are a safe destination, adding “our objective is to open safe corridors with different regions of Germany that guarantee the arrival of German tourists this summer.”

Nowhere in any of this was there a suggestion that Mallorca was flinging the doors open to German tourists at Easter. And if one cares to go back a couple of days before that press conference, one might recall that Armengol said that rising incidence of the virus in certain countries, such as Germany, “is making us believe that we are not safe”. Caution and “a very slow de-escalation” must be applied.

On the same day, Tui’s Sebastian Ebel held a press conference with Negueruela at which he said that if the health data continued to improve as they were (and he was referring to Mallorca), then holiday flights to Mallorca from Germany at Easter were quite possible. Negueruela didn’t back him up. It was Tui’s representative who came out with this, not the minister, and Ebel announced at that same press conference that the German government was expected to shortly lift its advice against travel to the Balearics because of the improved health situation. Which of course it did.

Armengol and the government got a hammering from the opposition in parliament on Tuesday, but Negueruela insisted that there had been no invitation for German tourism at Easter and that during meetings that were held online (and not in public), the government had stated its view to German tour operators that it didn’t wish there to be Easter tourism. 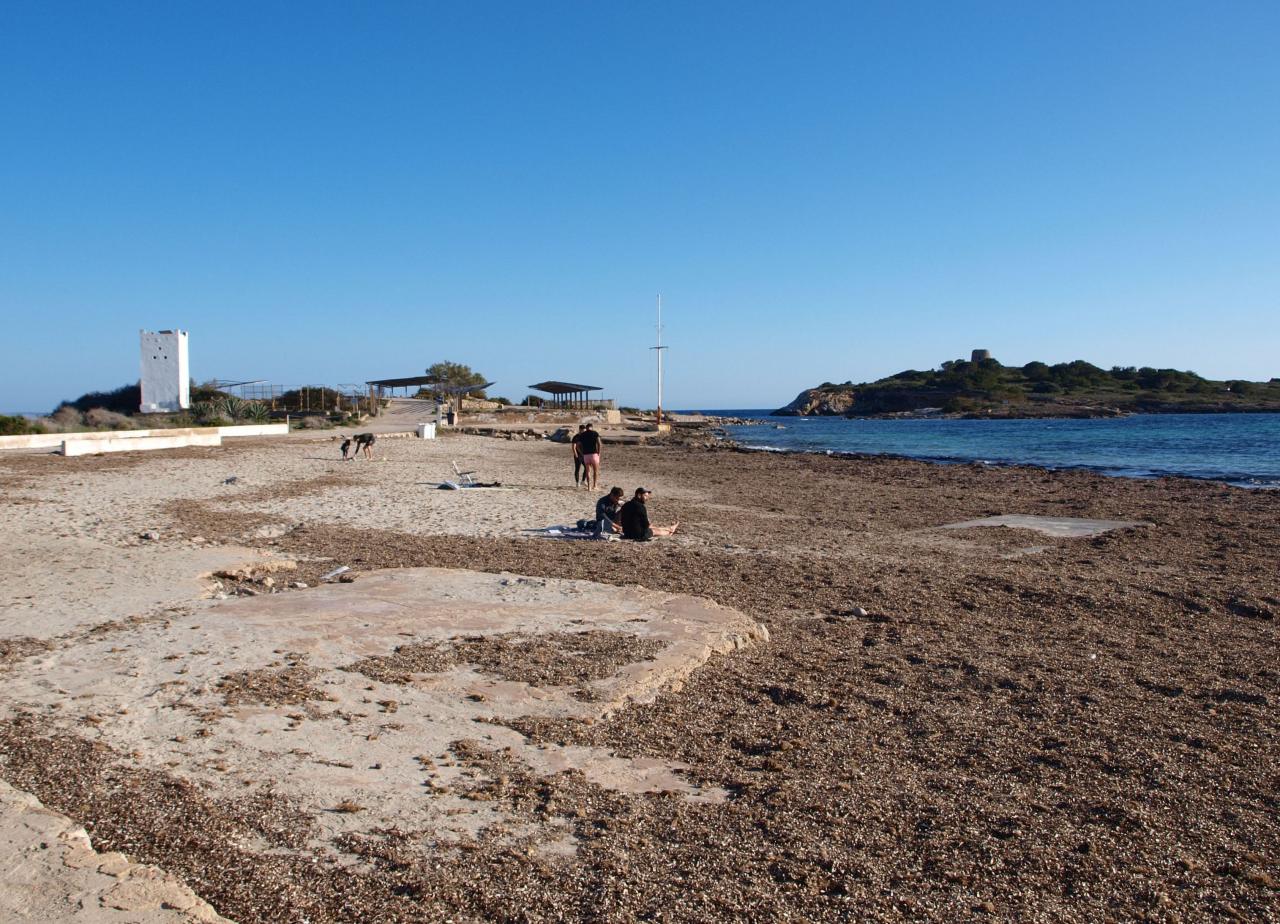 We’ll have to take his word for this, and as there had been a moment during that press conference with Ebel when Negueruela had looked at him with an expression that bordered on alarm, I’m inclined to believe him.

Like most other Balearic politicians, Armengol can be quick to blame Madrid for shortcomings when it suits. When it comes to foreign travel, however, she is perfectly correct. It is Madrid which sets the rules. The Balearic government has no powers of control for international flights. National travel is a different matter as it is currently determined under a state of alarm decision to close internal borders - the perimeter closures. Yes there is great inconsistency, but if there is one failing by Armengol, it has been not to bang the table and insist on a Balearic border closure to foreign travel. She has been accused of being too meek in her dealings with PSOE compatriots in Madrid.

Even so, the Spanish government could not realistically adopt separate policies by region. Hence there is what seems absurd but isn’t because of the competing rules on travel - one internal, the other external. When the German government lifted its advice against travel to the Balearics, you got what we have got, the powerful tourism industry in Germany having taken immediate advantage. And who, frankly, can blame them or indeed tourists from Germany?

You then get what we have got, a smattering of xenophobia in some quarters and indignation because a few idiot visitors decide to misbehave and not observe the rules. Whoever would have thought. It is here where the Balearic government has made a rod for its own back by having established rules that have clearly been flouted. But as to the foreign travel, it cannot carry the can.

Flinging the doors open is not the issue here, why they were not kept shut is.

So the policy is to slowly let each fox into the chicken coop until we find out which one kills all the chickens ?

Johno | about 1 year ago

But the Government have not discouraged the Germans to come either. Spain was very quick to put the barrier down to the Brits earlier in the year and the virus rates were lower then, they could easily do the same now. As far as I can see the Spanish adopted an open door policy to Germany and taken no action regarding the 500 flights into Palma that the airlines are boasting.

Any government can easily control the mass movement of people by simply limiting the amount of planes allowed to land and take off. The problem with all of these different rules by country starts with Airlines being allowed to redirect and in an uncontrolled manor allowed to increase flights to Mallorca or elsewhere, simply for the airlines financial gain. see Ryan air s recent announcement. Taking a gamble etc. ie talking a gamble on peoples lives in part. The solution to a slow careful tourism restart with caution is to limit the flights and by doing so all issues and concerns irrelevant from where tourists come from is controlled on any island and can be adjusted by governments as needed. With Airlines sending hundreds of planes per day to Mallorca and dumping tourist here , we all know its only asking for trouble in controlling any virus.