Mallorcans are being pushed out of Palma Old Town

There's building projects galore underway in Old Town Palma, but critics say investors are ripping the heart out of Palma.

Residents who’ve been there for their entire life now find themselves sandwiched between luxury apartment buildings and boutique hotels as foreign investors snap up properties left and right.

“I bought my house in 1985 for a million pesetas, which is 6,000 euros. No one wanted to live here then and when I asked my father for the money he said I was crazy,” says one neighbour. “Every week people come to my door offering to buy my apartment. I could sell it for a million euros, but then where would I live?

With property rental and sale prices skyrocketing, it’s no wonder that residents are being forced out.

There’s also been a massive change in nationality as Europeans with high purchasing power buy up property in the capital. Foreigners now make up 23% of the population of Palma; 31% of the Old Town; 41% of Cort and 38% of La Llotja-Es Born.

"The population of central Palma has grown by 7.7% in the last decade, to 27,576 and the number of foreigners has increased from 26% to 31%,” according to Delia Bento, Director General of Quality & Population. “Many of them buy high-end properties, but only come for short stays and tourist gentrification has also spread to other areas such as Sa Gerreria, which means that those with less economic capacity are forced out and traditional shops are shutting down.”

“The popular and middle classes must be able to live in the centre, as they always did, we cannot allow the International Real Estate market to drive out the working classes, that's why we are drastically limiting new tourist establishments and banning tourist rentals,” insists Model de Ciutat i Urbanisme Councillor, Neus Truyol. “The centre is suffering from the massive amount of properties being purchased by individuals or companies with high purchasing power, many of whom are Nordic, International companies or Investment Funds.”

The Calatrava Residents' Association has also witnessed the transformation of the neighbourhood in recent decades.

“Both the Calatrava and Puig de Sant Pere used to be run-down neighbourhoods until Palma City Council carried out the PERIs in the 1980s and they were rehabilitated,” says Calatrava Residents' Association President, Edita Navarro. 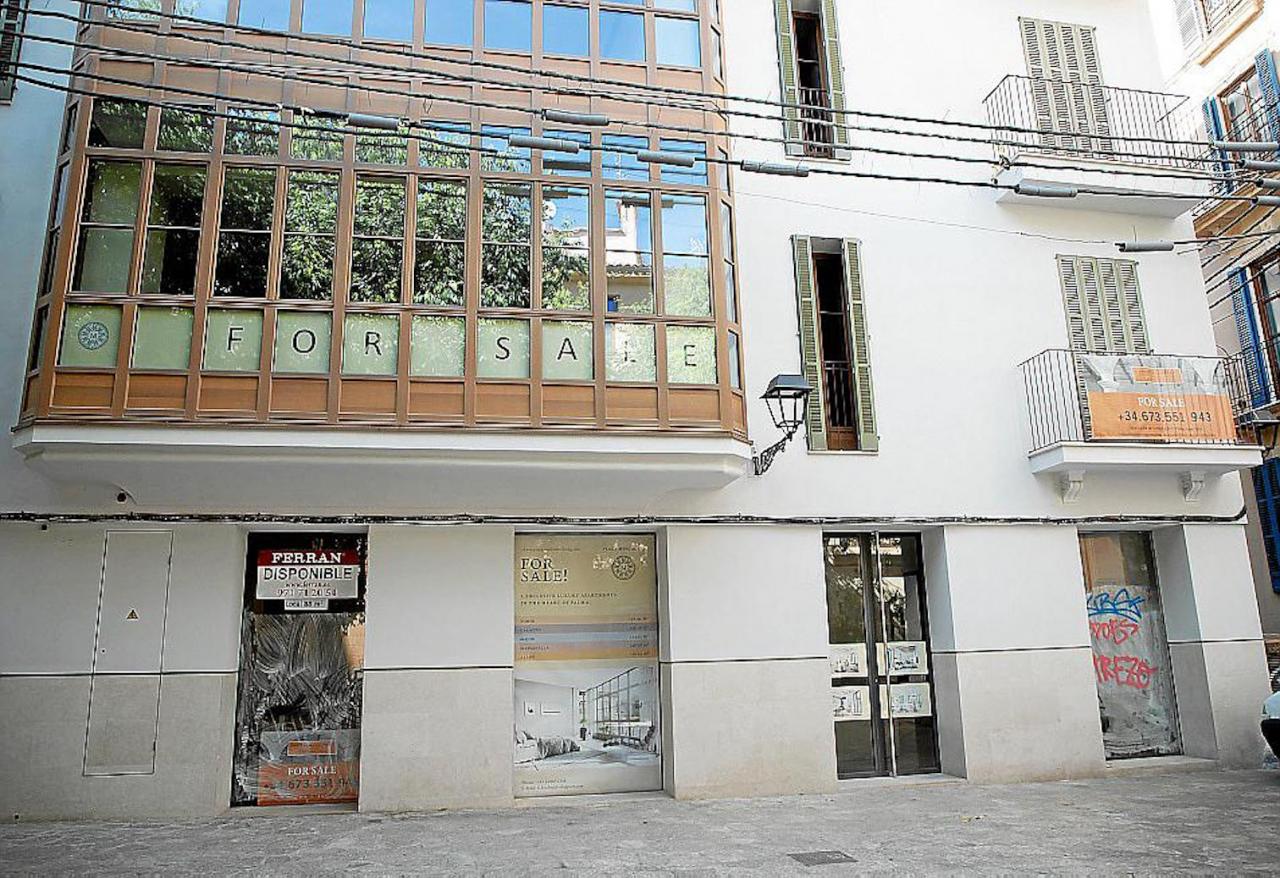 “In Carrer de la Calatrava there about 45 properties and there are only eight Mallorcans left. Most of the houses are closed because people bought them, renovated them and will re-sell them for about 30% more money,” says Navarro who says the properties are being acquired by foreigners.

“One Mallorcan couple sold their home to a German company. Only a 90-year-old woman lives there and they're just waiting for her to die so that they can develop the property and Boutique Hotels are also making life difficult for local residents because the roofs become chill out zones at night and we can't sleep.”

“It's the part of the city that’s most affected by gentrification because neighbours are being forced to leave and hotels are expanding in their wake,” says Marcos. “Apartments are being sold for much higher prices and we feel like we’re being pushed out. People who live in Plaça de la Drassana are leaving because the noise of musicians and people on the terraces is making their life so stressful. Another four families are leaving this month.”

Marcos says that living with the noise in a so-called real estate paradise has taken its toll.

“It's hard for me to concentrate, sometimes the noise has peaked at 62 decibels when it should be 25,” he says. “We want young Mallorcans to fight for the neighbourhood, which is becoming like Magalluf."

“The centre needs a strategic plan that’s not directed at tourists," says Jaume Garau, from Palma XXI who’s committed to moving from a tourism population to a residential population. "The Old Town has been emptied of residents because many foreigners are buying property as an investment or to rent and they’re not interested in neighbourhood life.” 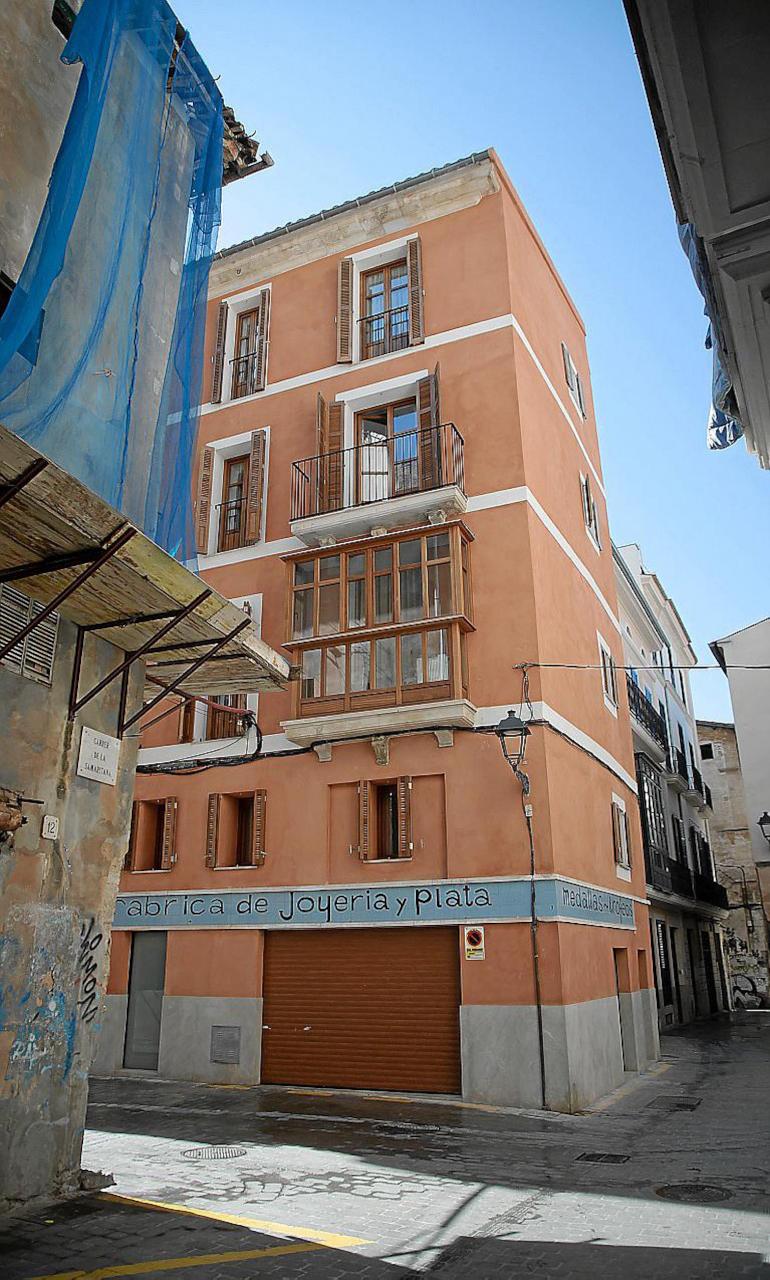 Pedro | about 1 year ago

The problem is not the foreigners the problem is that the Balearic government allows them to come for a weekend holiday and purchase a house. This is even if they do not have residency and even if they do not have the visa to live in Europe. Force them to be residents or part of mallorca before they can purchase and it will change everything! Sadly the government are getting rich from this investment money.