Focus on cars: Back to the Classic

What is a VW bus doing in a Mallorca field other than admiring the view?

Nothing quite like a Ferrari in sunset mode. Weekly meetup at The Blue Nest in Port Adriano. | G. Westphal

A pparently stories are like buses, you wait for weeks and then two come along at once. Not just another outing for that hackneyed phrase, because one of my stories is actually about a bus. Most of you will describe this bright blue VW as a van, but that just shows you’re not with it as far as Vdubs go. 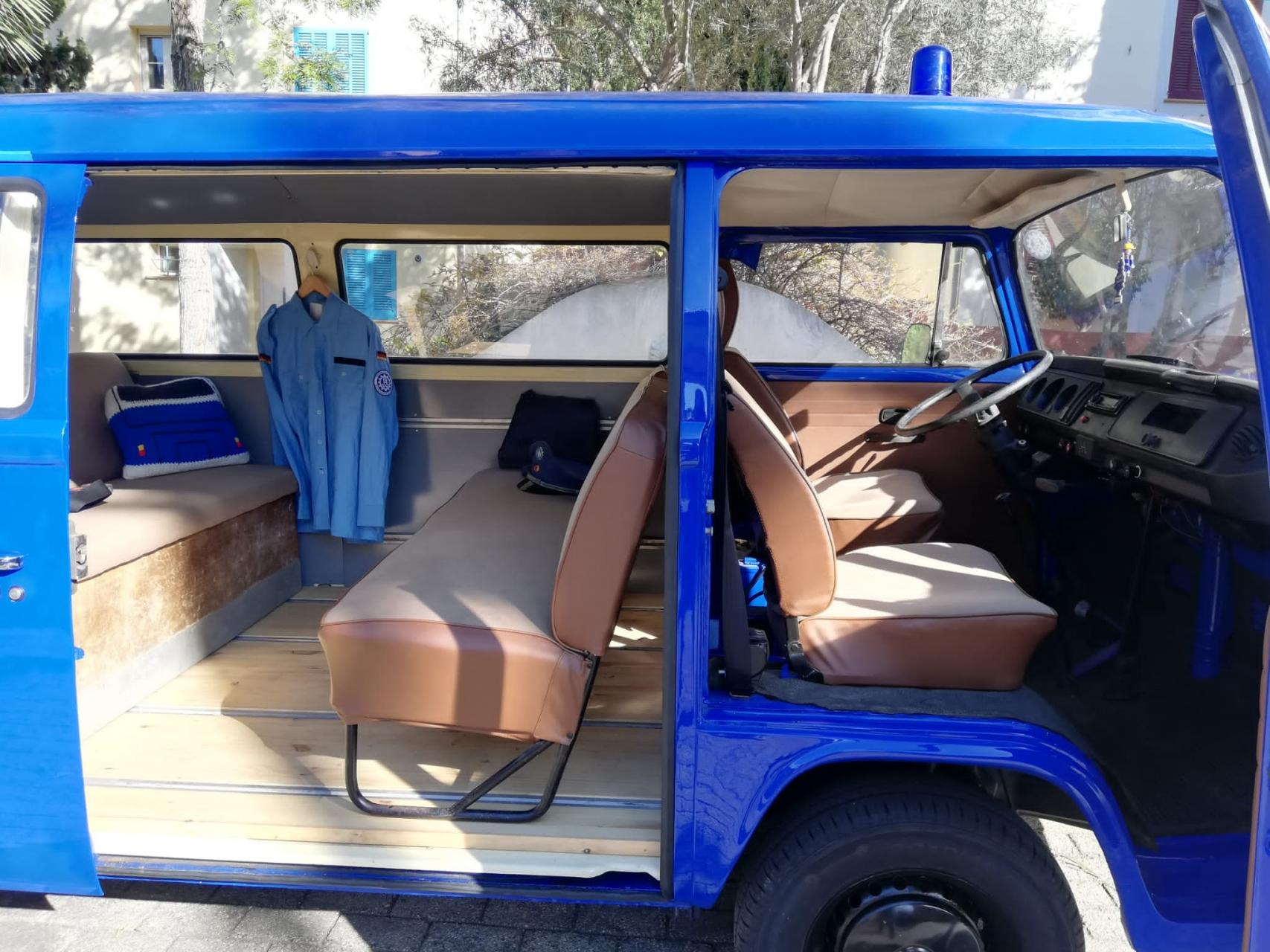 These ones are known as buses. Crucial to be cool.
Now what is a VW bus doing in a Mallorca field other than admiring the view? The answer is that after being born in 1977 it was fitted out for THW and worked in Osnabrück until 1996 when it was sold after 20 years of service. The owner’s daughter and boyfriend then drove the bus down to Mallorca, as you do. 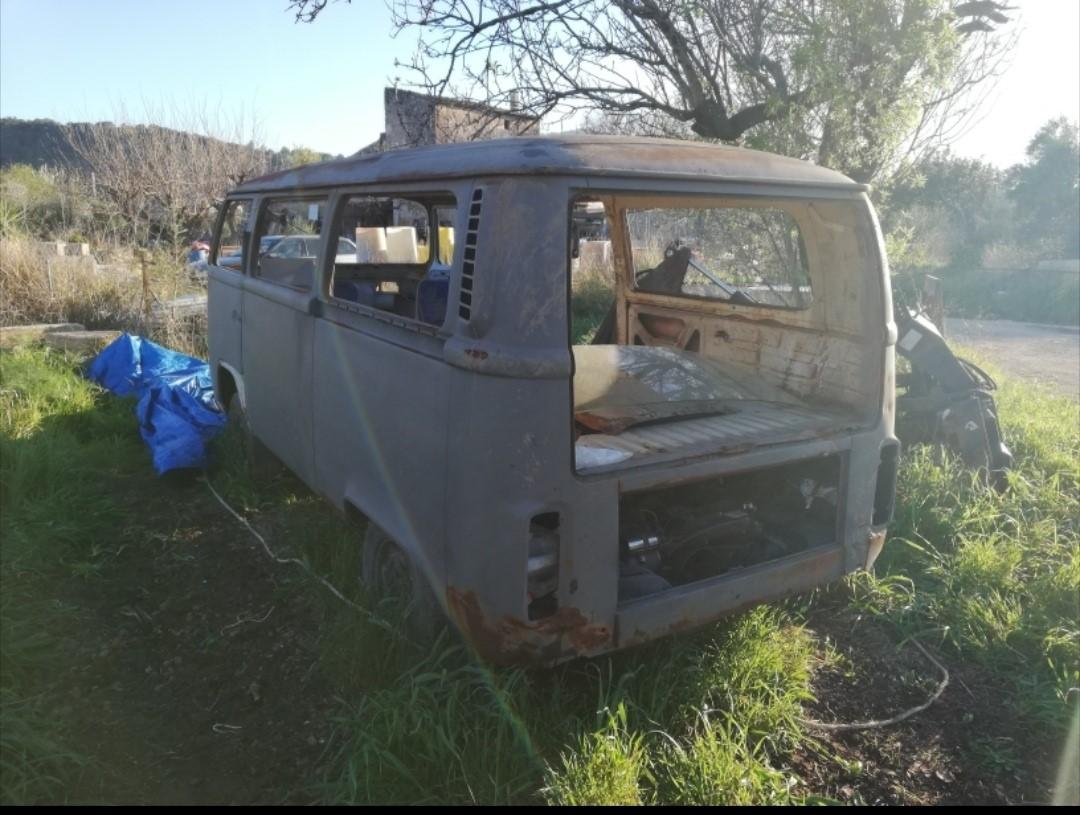 Sometime later, a VW enthusiast, actually to describe Noel as an enthusiast is like describing the Nile as a stream, bought the bus as a restoration project. After realising what he’d found and that the bus was still very original, as was most of the interior, he decided to restore it straight up. As opposed to a dropped restomod. And here it is for us to enjoy during the weekly meetup at The Blue Nest in Port Adriano. 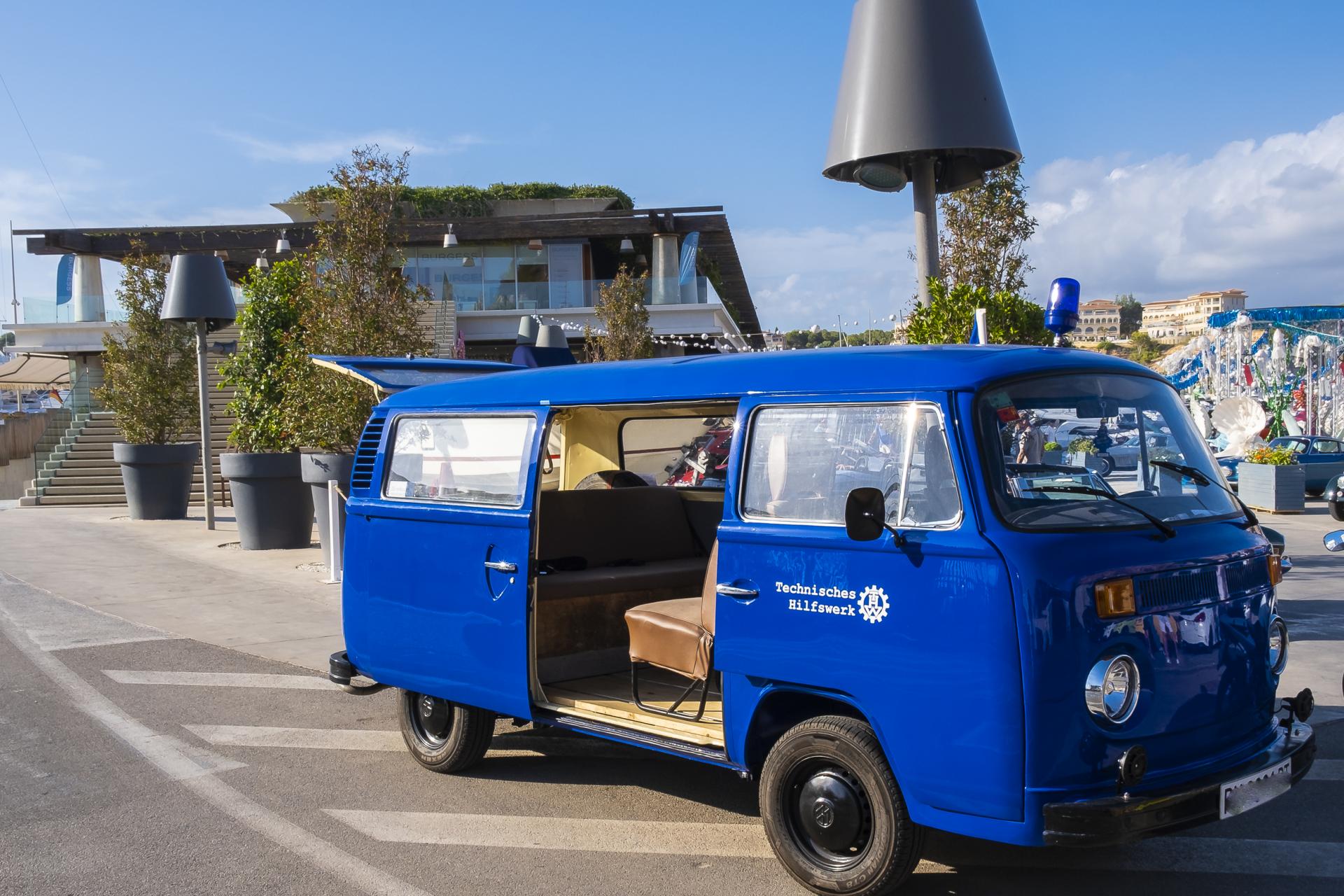 Just out of interest and because I’m sure you’re all dying to know. THW is a federal agency for technical relief. That’s one of those governmental descriptions which defines one meaningless name with another of even less clarity. So on further investigation I see that Technisches Hilfswerk provides logistics and technical support and is an organisation founded in 1950 by the German government. 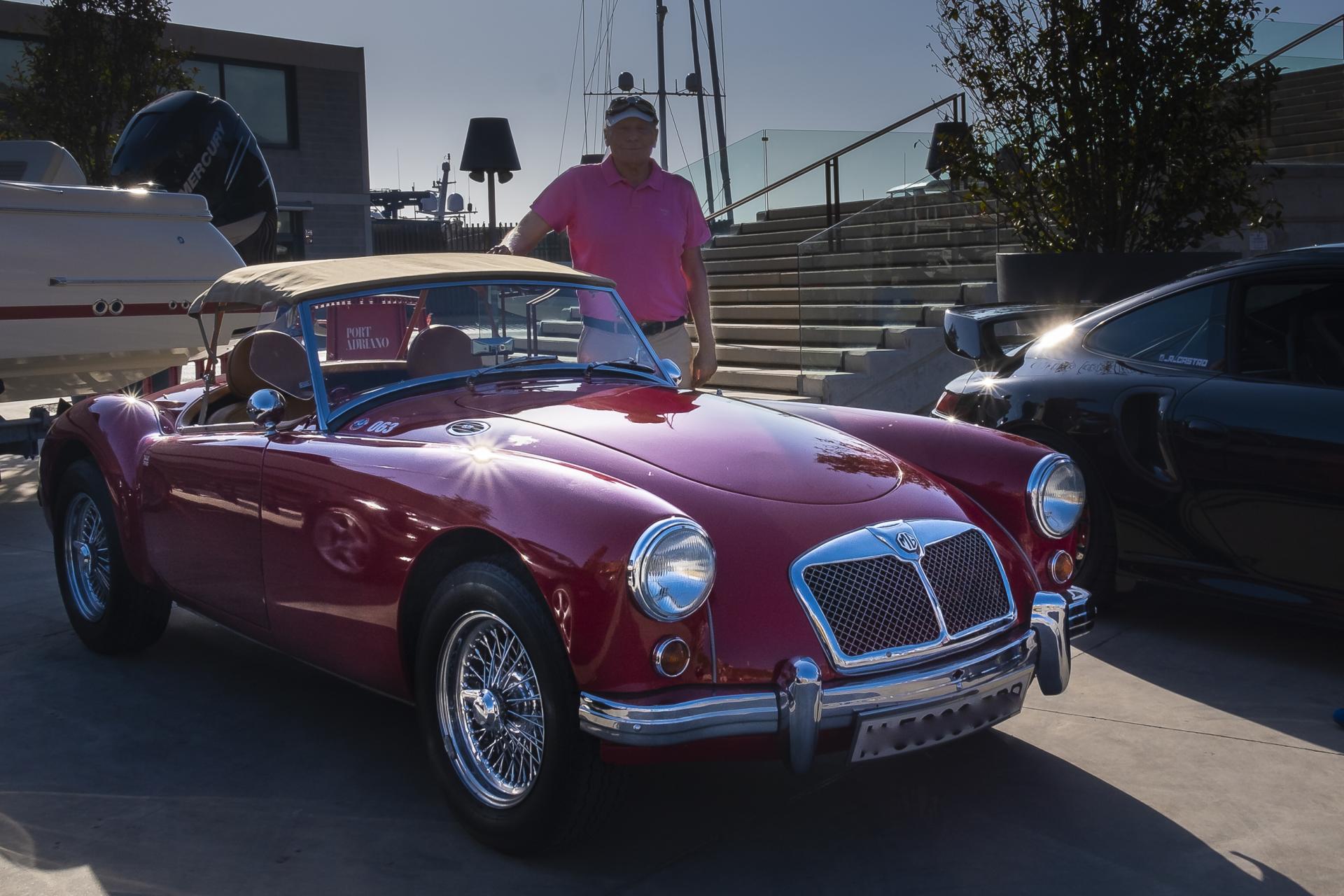 The role of this organisation is to support such public services as fire, flood, natural disaster relief and so on. You see, now it’s all very clear. My second story clearly revolves around Independence Day which conveniently this year fell on a Sunday, allowing the American Car Club to celebrate their big annual bash on a significant US anniversary. Aptly starting by meeting at the old military base just around the corner from Porto Pi, quite a sizeable contingent of quite sizeable cars set off on a cruise. 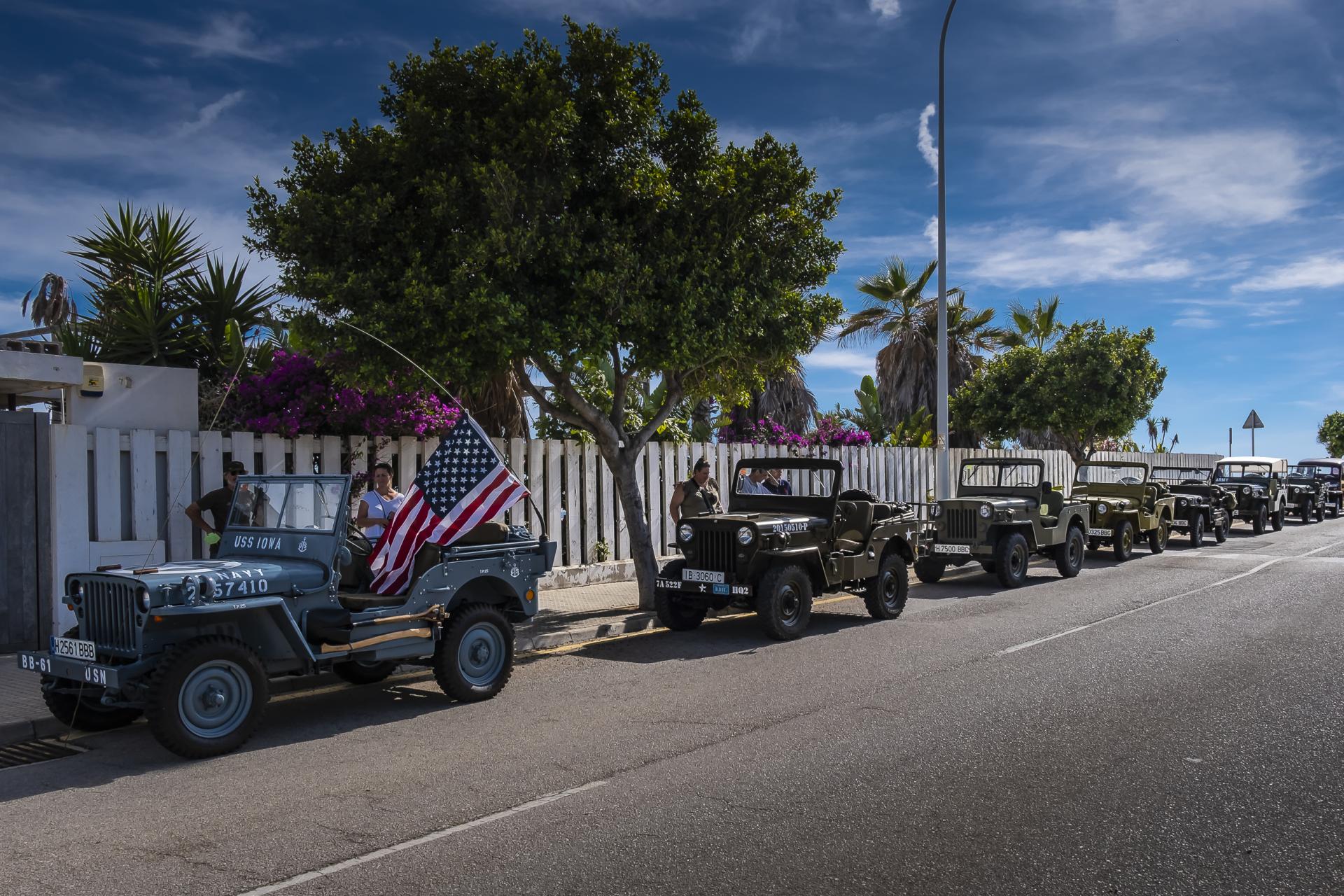 The cavalcade made its way through the Avenidas, out towards Portixol and Molinar, ending up at that well known bar Los Ultimos Mohicanos which is on the way to Algaida. Quite apart from loads of the anticipated Mustangs, Corvettes and Caddies, I’ll just single out a few other nuggets. I’ll also keep a few behind my ear for later, such was the amazing variety. 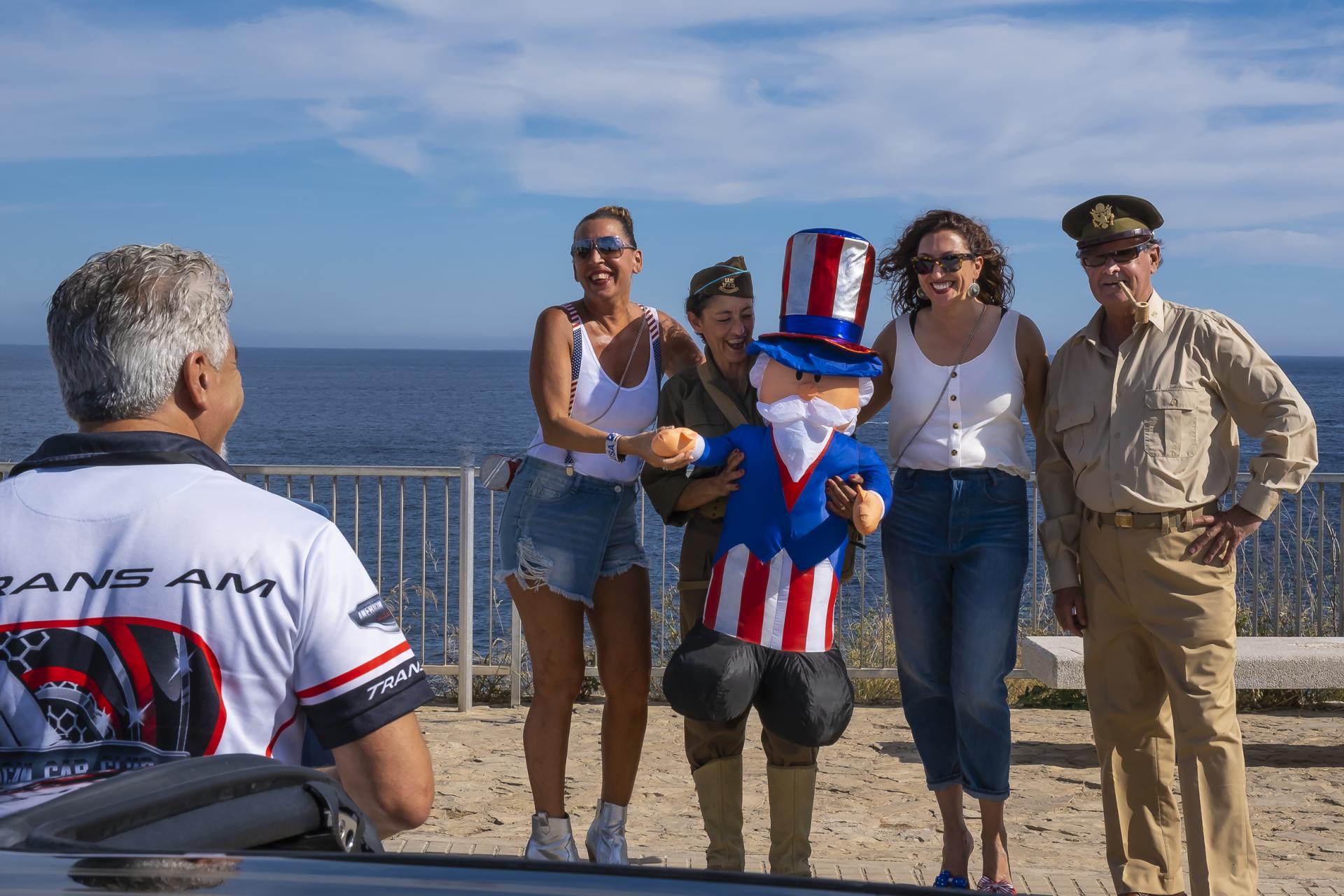 So firstly, a whole contingent of WW2 Jeeps and military vehicles were accompanied by a rather lovely Willys Overland (Jeep) woody Station Wagon. This is the inspiration and grandfather of every single SUV and Range Rover type vehicle ever produced. 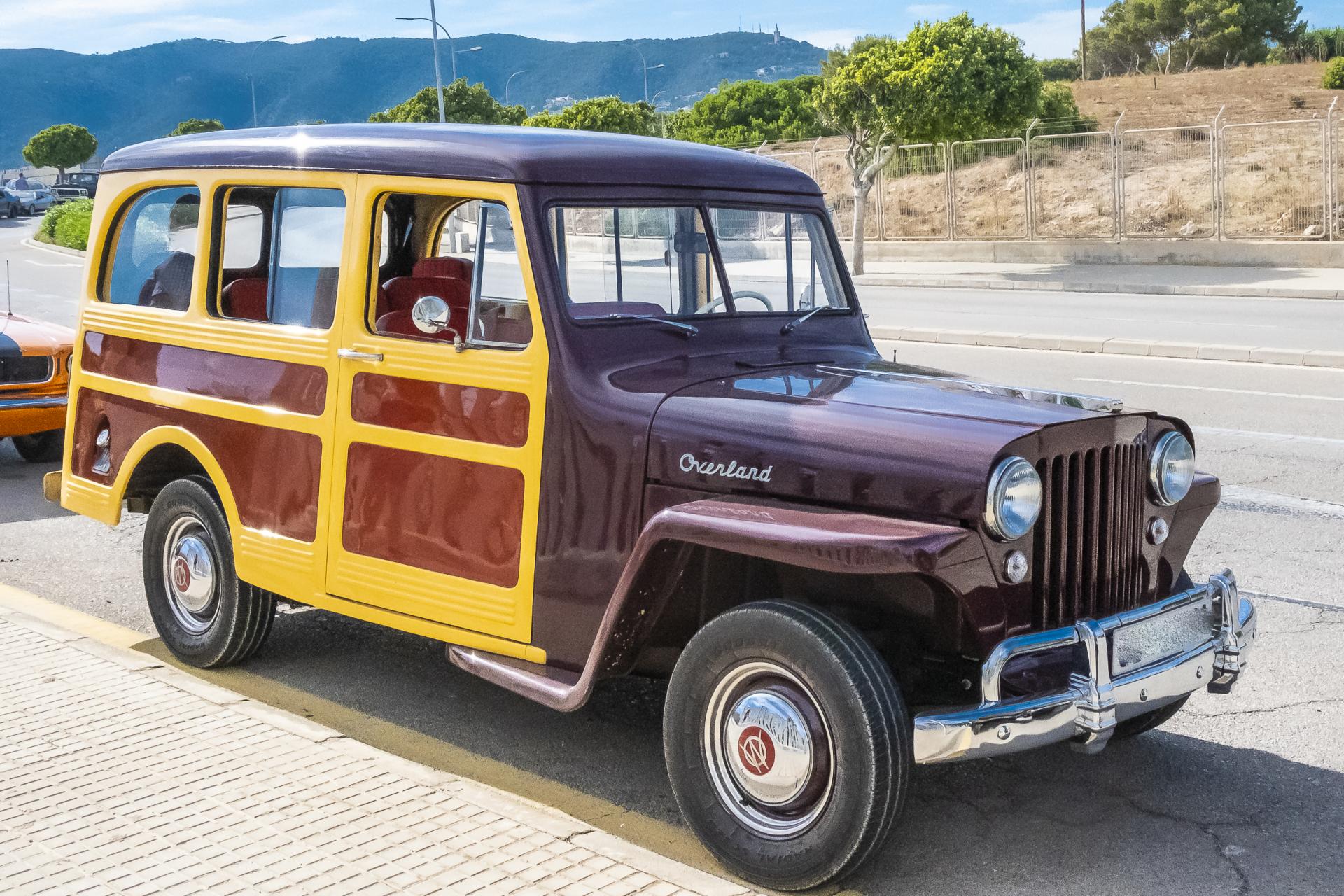 Another car not seen very often and undoubtedly rather rare and very unique in Mallorca is the DeLorean. This one sporting a very tongue in cheek personalised plate ‘OUTATIME’. A classic example of the future becoming a classic. Maybe the next film should be called ‘Back to the Classic’. On that silly note I’ll leave you for now, stay safe. See you next time.

The weekly Thursday meetup is at The Blue Nest in Port Adriano every Thursday at 18.00.
Inspiration by The Classic Car Club at www.cccmallorca.com.