Wild Mallorca: If you go down to the woods today!

Mallorca is blessed with a number of tree species

It really is that time of the year when exertion is not good for anyone, but if you have some spare time and want to cool off and be close to nature at the same time, then head into the woods or pine forests, where sweet smells, cooler air, shade and bird song all await you.

In some parts of the island, the local Goats have been getting some bad press, as they are agile climbers and will climb into the branches of trees to reach the fresh, young shoots, this has been a particular problem where the Yew trees have been involved.

Mallorca is blessed with a number of tree species, and where the oaks and Pines are involved, whole areas can be bathed in a sea of green, covering vast areas and offering a great place for flora and fauna to thrive.

Mixed in are the Turkey Oaks, Umbrella Pine and other species. I like the drive from Pollensa up to Cuber where at the highest sections you can see the oaks clinging to the sides of the mountains, as high as they can go before there is no more soil to hold their roots, or the slopes become too steep for them. A wonderful stream of green rises up these slopes until only the limestone rocks themselves can be seen. Nature is great.

The wood of the Holm Oak is very tough and has been used since ancient times to make pillars, tools, vessels, wine casks and wagons, and is sometimes used as firewood in the manufacture of charcoal.

The resemblance of the foliage to that of the European Holly (Ilex aquifolium) led to the common and botanic names - Ilex was originally the classical Latin name for the Holm Oak but later adopted as a botanical genus for the hollies. 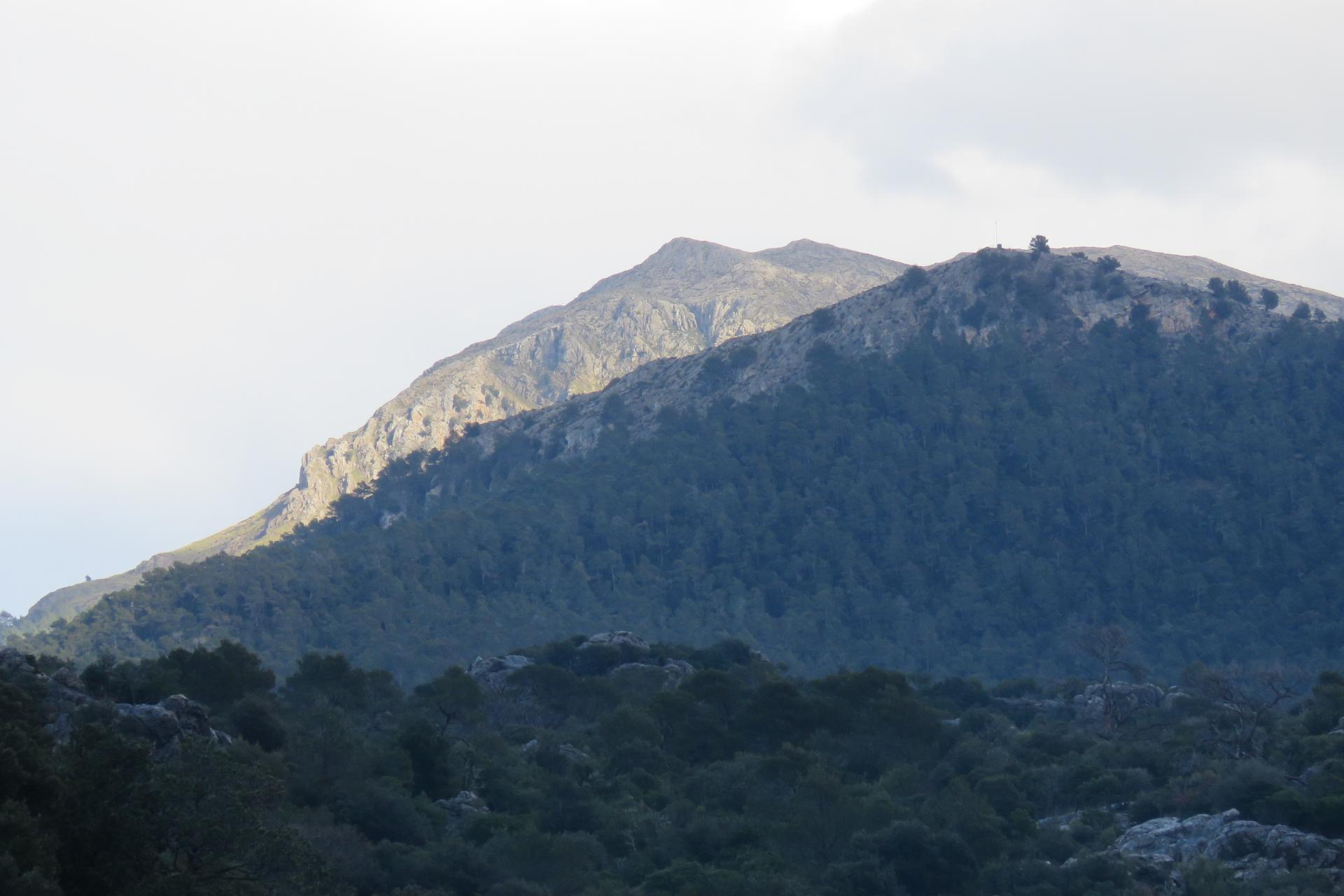 The Holm and Turkey Oak woodlands do not allow quite enough light through for most plants to take hold in this relative humidity, but there are some nice species to be found, such as Southern Heather with its pink bells, the little purple flowers of Globularia, Scented Fleabane and earlier in the year orchids too such as Bird’s Nest and a sought after ‘lifer’ for me - Violet Hellebore.

These woodlands are home to some great wildlife, and once inside and away from the beaten track, there is solitude to be found. If a Nightingale is present and singing for a potential mate or to establish its territory, then you are in for a relaxing serenade of one of the world’s best songsters - the Pavarotti of the avian world.

Sitting down quietly and watching will soon reveal life - the birds that were there all along will be busy feeding amongst the foliage as most are still feeding young , so as they search out caterpillars and other insects, you will start to see Chaffinches, Greenfinches, Serin, warblers such as Blackcap and if your observant, Mallorca’s tiniest resident - the Firecrest.

In the Pine woods especially, if you find a pool of any size on the forest floor, sit down quietly and wait, for at some point Common Crossbills will come down to drink. Thier diet is the seeds within the cones and this makes them very thirsty, with a drink required almost every hour. They are known in Catalan as ‘Trencanpynions’, or ‘pine nut cracker’.

Higher altitudes, such as the oak woodlands around Lluc Monastery will see the dainty Blue Tits, searching out insets amongst the dark green foliage, and always keep your eyes and ears open for Mallorca’s only species of woodpecker - the well camouglaged Wryneck. 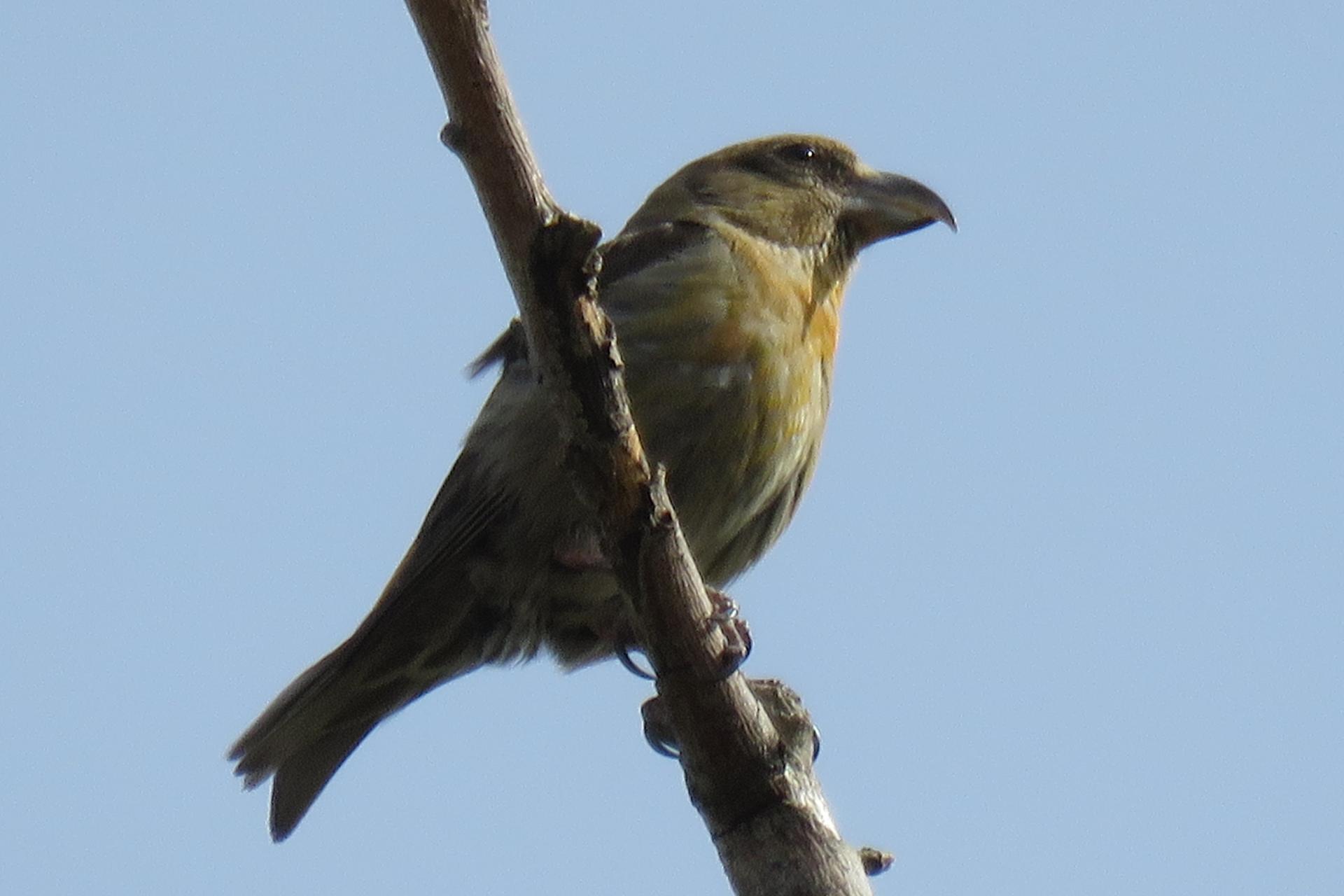 Another great area of shade can come from the sweet-smelling pine woods, where Pinus halepensis, commonly known as the Aleppo Pine, is a species native to the Mediterranean region. Found generally at low altitudes (mostly from sea level to 660ft), they can grow to altitudes above 3,300ft.

In Greece, the resin from the Aleppo Pine is used to flavour the Greek wine ‘retsina’. The pine nuts in Tunisia make a pudding called ‘asidet zgougou’ in the Tunisian dialect. The pine woods can make for some great scenery as well, and the drive along the Formentor road to Cap de Formentor takes you through the pines themselves, where they border both sides of the road, giving off a sweet smell especially after it has rained, and a great little plant flowers in such forests aptly named the Pine-cone Knapweed. Dappled light coming through the canopy above will see the Speckled Wood butterfly, fluttering about in a busy manner searching out food and a potential mate.

The pines can be great places for some cool, relaxing nature watching. Those staying at the Formentor Hotel for example have the pick of the woods and forests around Formentor and Cases Velles, where Spotted Flycatcher, Crossbills and FIrecrests abound.

For those of us, myself included who haven’t stayed at this hotel, then a roadside stop on the Formentor Road just past the Km 11 marker post is a great spot to see and hear the Crossbills feeding - right above your head at times. 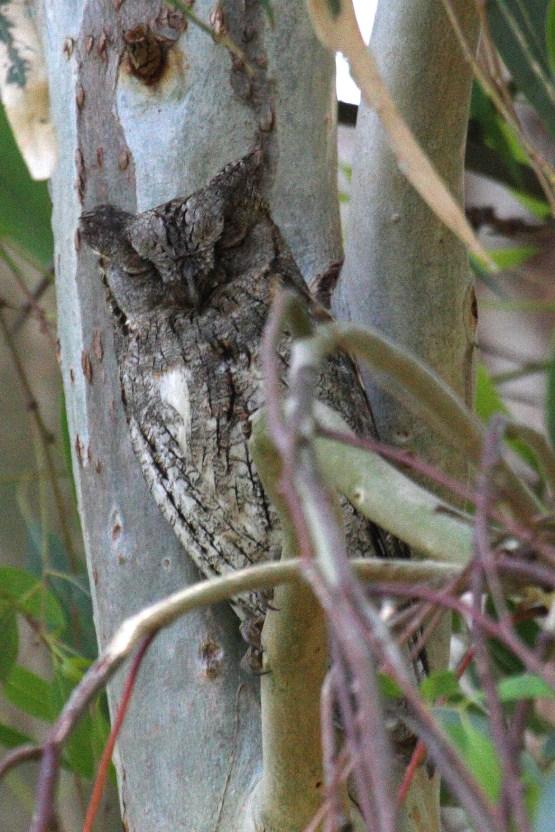 Of course, a night time visit here is always rewarding where soon enough you will hear the call of the Scops Owl, as one male tries to out-call its rival neighbours. The ‘screeching’ of the Barn Owl is not unlikely and a little further away towards the open scrub areas you should hear the ‘churring’ call of the male Nightjar, a strange, almost eery sound.

As the pines reach sea level, they give way to the characteristic ‘maquis’ (a Corsican word meaning ‘thicket’) consisting of bushes 3-4m in height.

But even a night drive along the Formentor road to the lighthouse at Cap de Formentor has proved worthwhile, not just for the peace from other motorists, but for the chance of seeing Red-legged Partridges scurrying off the road side, the large eyes and ears of the Garden Dormouse running into the safety of cover, and if your very lucky, as I have been on many occasions’, a glimpse of the beautiful but wary Pine Martin.

And for the lucky few, a species I have only ever seen once may reveal itself if sat quietly scanning more open areas - the beautiful Genet. For me however, as lovely as it is to have some sunshine, the heat of mid-day need not keep me hiding away, the shade of the woodlands will give me some much-needed respite. Enjoy.