Verdejo - a white that is very dry and crisp

When I’m browsing among the wine shelves in the supermarket of El Corte Inglés in Avda Jaime III, English-speaking residents and visitors who are not sure about which wine to buy, sometimes ask me to recommend one in the section they are looking at. I immediately ask about their general taste in wines and also their price range. As soon as I know what they want to pay, advising them couldn’t be easier because there is a nice choice to suit all pockets.

If they are looking for reds, I always put them on to the Ribera del Duero labels. Most foreign visitors and residents have heard of and have tried Riojas — and some even think no other Spanish red is worth drinking. I don’t buy any of the Riojas nowadays, partly because I am so familiar with them, but also because I want to try any Ribera del Duero I haven’t heard of — as long as it is within my price range.

The price is important because most of the Ribera del Dueros cost more than I want to pay. But there’s still plenty of choice at the lower end of the price scale.

The people who ask for advice are almost always looking for reds. But last week a young Swedish couple were especially interested in whites — dry and crisp whites, were their exact words. They spoke very good English (as so many Swedes do) and they repeated that they liked crisp whites with nice balanced acidity.

Spain has a good selection of such whites and best of all, I think, are the verdejos of Rueda. I pointed out, however, that other whites should be of interest to them and I wrote down the names in my notebook and gave them the sheet. 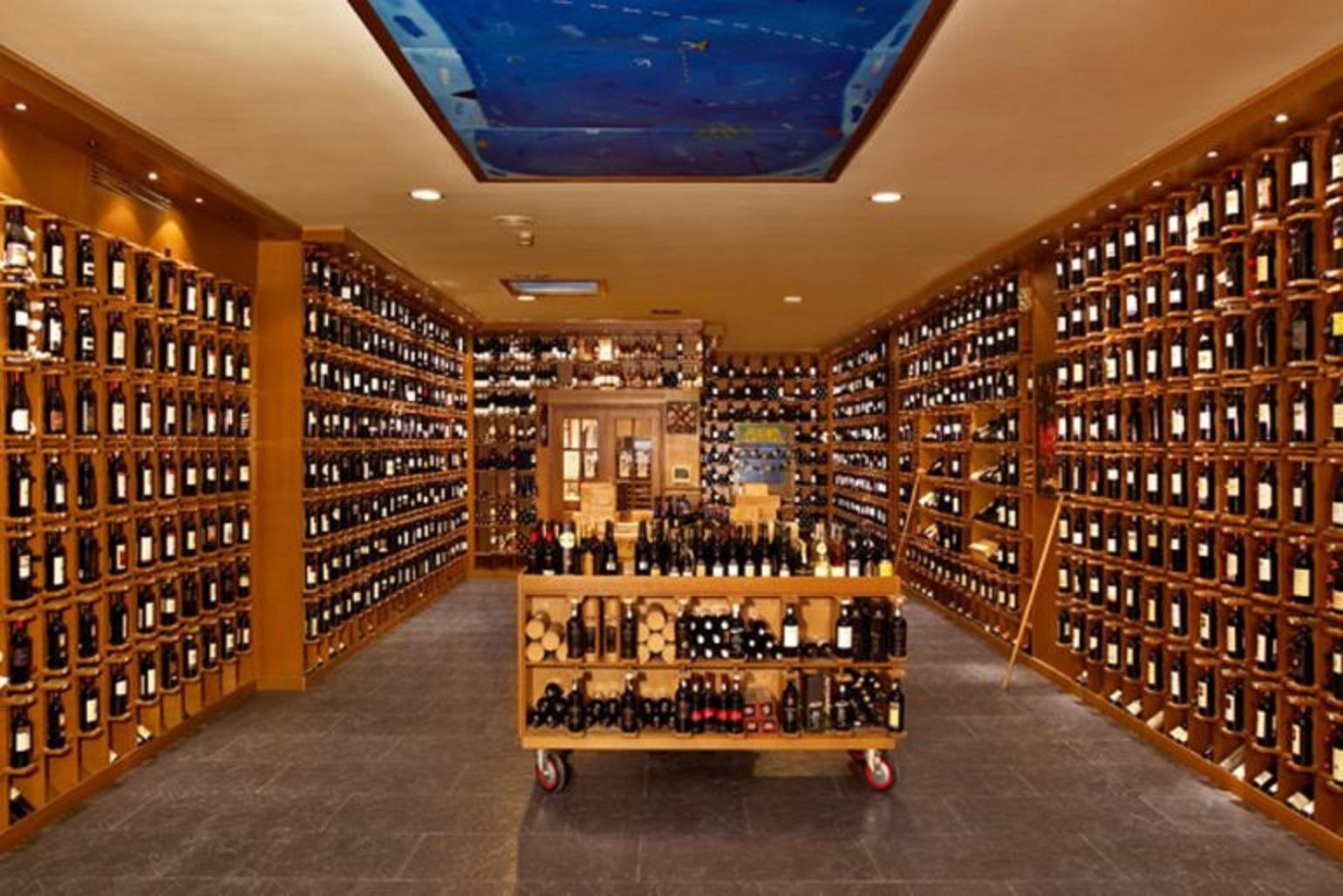 We looked over the verdejos and I suggested they start with one at just under €10 — and should aim to try all of them. They took a José Pariente, always a good choice because he really understands the verdejo grape. The Rueda Denominación de Origen (DO) area is in Castilla-Leon and it specialises in verdejo and sauvignon blanc whites and also makes reds.
Jancis Robinson, one of England’s best wine writers, says of verdejo in her Guide to Wine Grapes: “Characterful grape with distinctive blue-green bloom that is the Spanish Rueda’s pride and joy (and has staved off a challenge of primacy from imported sauvignon blanc with which it is often blended).

“Wines produced are aromatic, herbaceous (with a scent somewhat reminiscent of laurel), but with great substance and extract, capable of ageing well into an almost nutty character.”

The origins of the verdejo grape are more than a little obscure and probably go back to the 6th century during the reign of Alfonso VI. At about that time the basin of the Duero was being settled with Cantabrians, Vascons and Mozarabs. It is thought the Mozarabs brought the verdejo grape from North Africa and that it was first planted in the southern region of Spain.

Verdejo was Rueda’s principal grape until the 19th century when the phylloxera destroyed vineyards throughout the world. That was when growers in the area started to plant grapes that would give a better yield.

The sherry makers of Jerez were also hit by the ravages of phylloxera and in the 1930s they wanted to buy wines similar to theirs made in other parts of Spain so they could be developed by the sherry method.

Winemakers in Castilla thought palomino, the principal grape in Jerez, could be grown in Castilla and would produce wines similar to those needed for making sherry. So the palomino grape was introduced into Rueda and until the 1970s cultivators were producing more palomino than verdejo.

A third grape had made an appearance in Rueda at the start of the 1950s. It was viura, the classical white grape of La Rioja. This is the same grape as macabeu, which is used in Catalán whites and cavas.

Rueda got a fourth grape in the 1970s with the introduction of sauvignon blanc from the Loire Valley.

The French grape settled down very nicely in its new habitat and produced quite different kinds of sauvignon blancs. This was mainly because the Castilla-Leon sauvignon blanc grapes got much more sun than those in Bordeaux and the Loire Valley. These, then, are the four white grapes cultivated in Rueda. More verdejo is grown nowadays than the other three combined.

Some Rueda winemakers blend verdejo with sauvignon blanc to produce interesting wines with personality and character. The sauvignon blanc contributes aromas, acidity and the freshness of unripe fruit. The verdejo gives body and certain touch of virility. But it’s not all verdejo and sauvignon blanc in Rueda: winemakers also produce reds, rosados, cavas and semi-sweet wines.

Rueda isn’t in the cava Denominación de Origen so winemakers have to call their cava ‘vino espumoso’, or sparkling wine. It is made by the traditional cava method and when I tried it some years ago it went down very nicely.

I last tasted Rueda reds some 20 years ago and I remember them as being fruity and interesting. I never got round to trying the rosados but I’ve tasted some of the semi-sweet wines and I found them most enjoyable.

You won’t find a very good selection of Rueda verdejos and sauvignon blancs at your local supermarket, so have a gander at the wine department next time you’re at El Corte Inglés in the Avenidas or Jaime III. I frequent the Jaime III branch because it’s just down the street from the Bulletin offices and that’s most convenient, especially when it’s hot — and even more so when it’s cold and rainy.

You will also find a very good selection of verdejos and sauvignon blancs at La Vinoteca in Calle Bartolomé Pou 29, the island’s biggest and best wine outlet. This street is off Calle General Riera, the street (off the Avenidas) that goes to Carrefour.

When you are in either of the two supermarkets of El Corte Inglés you should browse your way through all of the shelves — because there are bargains to be found.

The week before Christmas I was in the supermarket in Jaime III to buy a bottle of sherry. It was going to be one of two old favourites: Tío Pepe or La Ina. They were both priced at around €6.70, an incredibly good price for a middle-of-the-road well made dry sherry.
But instead of picking one and moving on to do some other Christmas shopping, I took a lazy look at what other sherries were on the shelves. By doing so I noticed that on the top shelf was a special offer pack: a bottle of La Ina with a sherry glass. The glass was a most elegant one, a good deal larger than the usual sherry glass and beautifully designed.
I immediately fell in love with it and I decided to buy it, assuming the pack with its glass wasn’t expensive.

Well, it turned out that the pack with the glass was actually a little cheaper than a single bottle of La Ina. I thought that perhaps the pack contained a half bottle of La Ina, but it was a full one. So I was getting the bottle of La Ina at a slightly lower price and the stunning glass was totally free. That’s what I call a bargain. If there had been two packs I’d have bought both, but there was only one.

This was obviously a case of the last item of a special offer being sold off so cheaply that someone would be sure to take it and get it off the books. That someone was me.
There was another good buy this week. The store has recently had a fair of produce from all over Spain. Some of the items that weren’t sold are now on display at lower prices.
I bought a 300 grs plastic bottle of mustard and honey sauce that is ‘especial ensaladas’. I haven’t tried it on salads so far, but it was very nice when squeezed on potatoes in their jackets done in the microwave, on a hard boiled egg sandwich and also when squirted over pieces of baguette that had just come out of the oven and were very hot.

I don’t know the original price but it’s now costing €1.50 — which makes it another bargain. I’ll be buying one bottle every day while stocks last. Where is it on display? Take a good look at the shelves opposite the fish department that hold a variety of products from different parts of Spain.