"I'm a cowboy (from Glasgow"

The Bulletin talks to Sharleen Spiteri, the Scottish singer and guitarist who is best known as the lead singer of the rock band Texas, their worldwide album sales were counted at over 40 million records, and the band will be performing at the Port Adriano Mallorca Festival on August 12

Sharleen Spiteri is really excited about performing in Mallorca with Texas. | Jens Koch

Sharleen Spiteri, the lead singer of the rock band Texas, is really excited about touring Spain next month.

“We love the Spanish audiences, they are one of the few in the world which can clap in rhythm with the music, they are so good we could sack the drummer and leave it to the crowd,” she told the Bulletin this week, looking ahead to their concert in Mallorca in Port Adriano on August 12.
That said, for those planning on going to see the legendary Scottish band, you better be ready to dance.

“Not only am I a musician, I am an entertainer. I love to have a clear conversation with the crowd. If you are just going to come and stand there, you’ve come to wrong concert, go home and listen to our music. We’ve worked hard at what we do for the best part of 35 years and we’re on tour to entertain people. We always give something extra when we play live so that everyone, including ourselves on stage, have a great time, an experience, a special moment - especially after the pandemic. Now we can all come together, gather, listen to great live music and try and forget the pain and hardships we’ve been through for a few hours and get the most out of life,” she made clear.

The current tour is being dubbed the 30th anniversary tour, but Texas date back a few more years and Sharleen admits that, for her, it very nearly did not happen.
“Yeah, I always played guitar and the piano. My late father Eddie was a guitar-playing merchant seaman, and my late mother Vilma, a singing window-dresser.

“So music was in my blood, but I honestly never thought I would become a musician, never mind a successful one and make a living out of it. 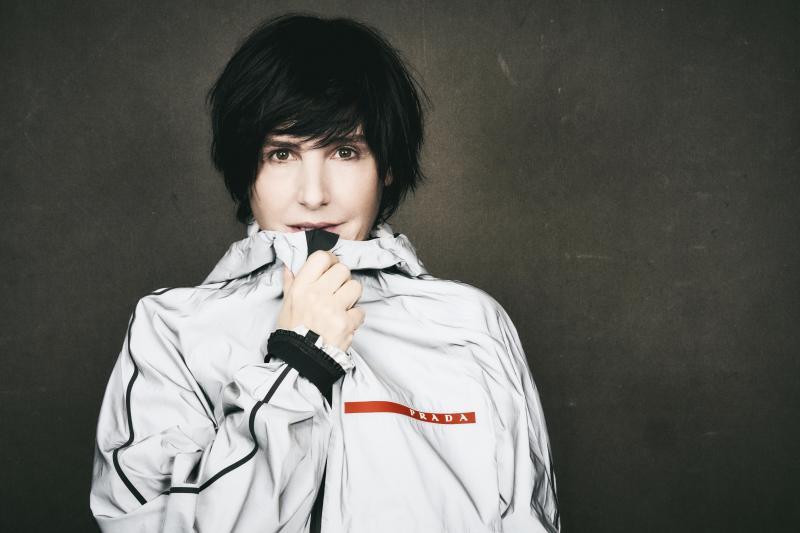 “At the time, I was just 17 and working as a hairdresser and going to night school to learn the trade. I was sharing a flat with Johnny McElhone (formerly of the bands Altered Images and Hipsway) and he and his mate, apart from being big five-a-side footballers, also owned this cool club in Glasgow, and I would do a Northern Soul night as a DJ on Sundays. Then a friend of Johnny’s started thinking about a new band and someone told him I could sing. He gave me a call and I thought it was a crass chat-up line. He told me to meet at 8 on a Tuesday, but I ignored it until they called me up asking where I was and telling me I should be auditioning. So, I realised that he was serious, rushed down to meet them and sung a few tracks. They were impressed and asked me if I was a songwriter. I said ‘yes’, which was a total lie. But that’s how I’ve got through life. I’ve always said ‘yes’ first and then figured how to go about it afterwards. So, I got away with that one and the rest, as they say, is history.

“Ever since, I’ve been songwriting and anything can trigger a song off. It could be a night out with my mates, watching a movie, something I see on TV, events around me, anything, not to mention how I may be feeling. Once something is triggered I then just go with the flow and write,” she said.

Texas were formed and they made their performing debut in March 1988 at the University of Dundee.
“It was strange, it is something I only thought happened to people who lived in London, all that forming a band etc. not in Glasgow. Although during the early days of Texas, the late ‘80s and ‘90s, some of the best British bands and musicians came out of Glasgow and other parts of Scotland.

“I tend to think that all musicians are geeks. We’re the ones, like me, who get bullied at school, don’t quite fit in with the crowd and look different.

“I certainly did. I had this long dark black hair which not only would my father not allow me to cut, I was always making a quiff, like my hero and massive inspiration Elvis. I always said ‘I was born to play Elvis’ and I did on the video for the single Smile. That was amazing. I’ve always been obsessed with country music and being a cowboy. I was a huge fan of Jessie James, I’m a cowboy from Glasgow, so it is kind of ironic I ended up playing for a band called Texas.”

Sharleen was in fact cast in Moulin Rouge!, directed by directed, co-produced, and co-written by Baz Luhrmann, starring Nicole Kidman and Ewan McGregor, but she declined because she did not want to move to Australia for a year.

“I had a full-time job to do with Texas, I could not have taken a year off, it was a busy time,” she said.
Here’s the rub, Luhrmann has just directed the excellent new film Elvis. Would she have liked to have been offered a role in that?

“No, I’ve played Elvis, I’ve done it, so I would have turned that down as well,” she said.
“I’ve also been a huge fan of Abba, I think more so now than before. Fair enough, there is not a great deal of similarity between our styles or how we sound. But Abba were a huge influence. Their songwriting was out of this world and the melodies were insane. And this applies to both Elvis and Abba. Great diction, you could clearly here what they were singing. They were easy to understand, they didn’t mumble into the microphone and I think that’s why I believe it is so important as a singer to have a clear conversation with the audience. You spend hours, days writing songs, you want people to hear and understand them,” she said.

“And obviously, that all begins in the studio. Yes, I love being on stage performing live, we all do, but the real hard work starts in the studio. That’s where the tracks are put together, then we take them out on the road, so I enjoy both processes. One doesn’t go without the other.

“And having been on tour with Bryan Adams so many times, I’ve learnt a great deal from him about to how to entertain people on stage and put on a really good, exciting show,” she added. “He takes live music to a different level, just like us.”

But Sharleen and Texas, like any band, have had their ups and downs on their 30-year plus journey around the world.

“Brexit knocked the UK music industry for six and it has yet to recover; I can’t really see how it can now. All the new rules and regulations, the need for visas to enter the EU and the 90-day limit etc. mean that small, up-and-coming bands are really going to struggle because all that paperwork and time limitations cost a lot of money. So unless you are a young band with a big record label behind you, it’s very hard to tour now. And it was Brexit that changed my mind over Scottish independence. One thing I always make clear, if I ever talk about it, is that I am a musician, not a politician. But prior to the first referendum, when Brexit was not an issue, I was of the opinion that the world is a smaller place and it’s better to stay tight together. However, after Scotland got caught in the Brexit trap despite most Scots having voted against, I came to the conclusion that now Scotland, through no fault of its own, is out on a limb, that its voice should be heard and that perhaps independence would be a good idea. That’s all I’m saying, that’s my personal opinion and I want people to make up their own minds and not be influenced by me in any way. It’s a serious matter - listen to my music not my political opinion.” she stressed.

Texas have bounced back from the pandemic in style after what was not an easy time for Sharleen. The past two years have been a blur for her. In March 2020, days before lockdown, her mother passed away. Twelve months later, her father died after a long struggle with dementia.

“I was fortunate enough to have been able to have spent the last few weeks with her, she even listened to our latest album and said she liked it. It was due to been released during the pandemic but I made it blatantly clear to our record company that we were not releasing any music while people were dying and being estranged from their loved ones. I was not having any of that. So we postponed the release of our 10th album, Hi, which when it was finally released went straight to number one in Britain, making it our biggest hit since 1999’s The Hush. So the delay made little difference, it didn’t feel right at the time. I was not a happy bunny,” she admitted.

However, life must go on, especially for musicians now having to compete with social media platforms and ‘rip-off music producers’ and Texas are back on tour and rocking the world again.

“After the best part of 35 years, I’m extremely proud to still be a leading female in the music industry. Women are devalued in all arenas. And everybody goes, ‘yeah but things are getting better’. Things aren’t getting better. So let’s go crazy in Mallorca.”

For tickets and information visit : https://portadrianomusic.es/