Lisa Shaw will swim the five islands starting next month

Lisa Shaw will begin her swim round the Balearic Islands in Formentera next month. | Lisa Shaw

Lisa Shaw was born in East Lothian, but moved at an early age with her parents to Ibiza; her father set up home there after leaving the Royal Marines.

And next month she will embark on her dream - to swim the circumference of the Balearic islands to raise funds and awareness to help tackle childhood mental health.

All money raised will go towards YoungMinds UK’s “Fund The Hubs” campaign, which will create a network of self-referral hubs across the nation to provide early intervention support for young people struggling with their mental health. And she is also starting and backing other initiatives to help tackle the growing problem.

Lisa is a Mixed Movement and Yoga Guide. Apart from sport and movement, travelling has also played a great part in her life and in her battle to gain control of the PTSD, post traumatic stress disorder, she was diagnosed with eight years ago. 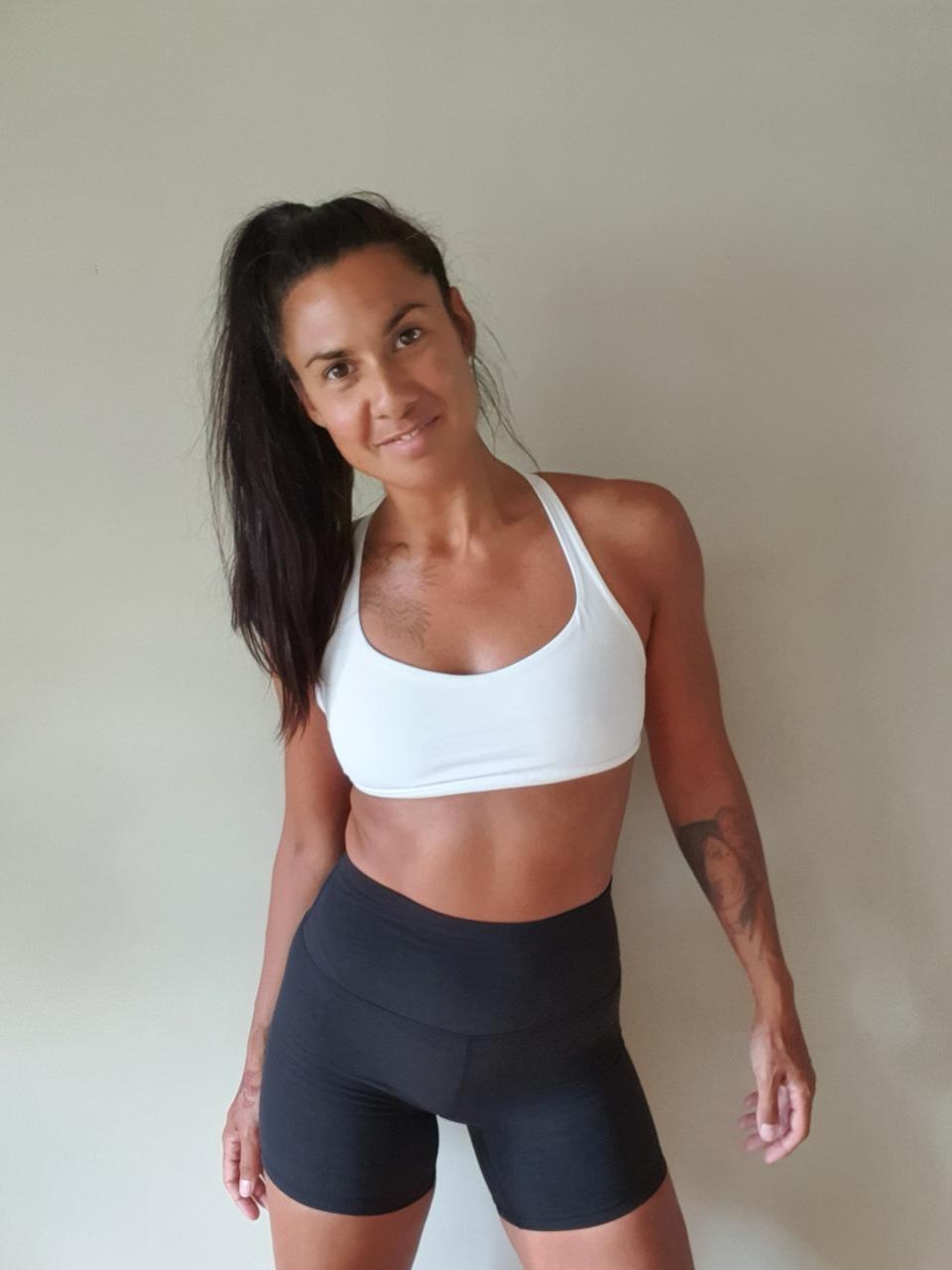 “An extremely close friend of mine committed suicide and it triggered off PTSD. Little did I know that I had been living with mental health problems for most of my life, but it all came to a head when my friend died.

“It was not a pleasant experience and while now, thankfully, there is a global conversation going on about mental health, just eight years ago it was still a rather raw topic. When I first went to see my GP, I was put on a three-year NHS waiting list. But I wasn’t having any of that, I wanted action, I needed help and guidance.

“I still had the business and was living in Ibiza, but I decided to move to Scotland full-time, to be with my boyfriend and set about overcoming the challenges of having PTSD.

“I wanted to conquer it and I eventually managed to find an excellent community support group in Scotland, and today I can say I have it under control, let’s put it like that.

“Had I perhaps known the mental issues I had earlier on, they could have been dealt with earlier and would not have suddenly blown up as an adult. That is why this cause is so close to my heart, and I believe so much more can and has to be done to address the issue of childhood mental illness,” Lisa told the Bulletin.

While living in Ibiza and having to deal with eating disorders and other issues which are “married” to mental health, she took after her father and became an avid and strong swimmer. 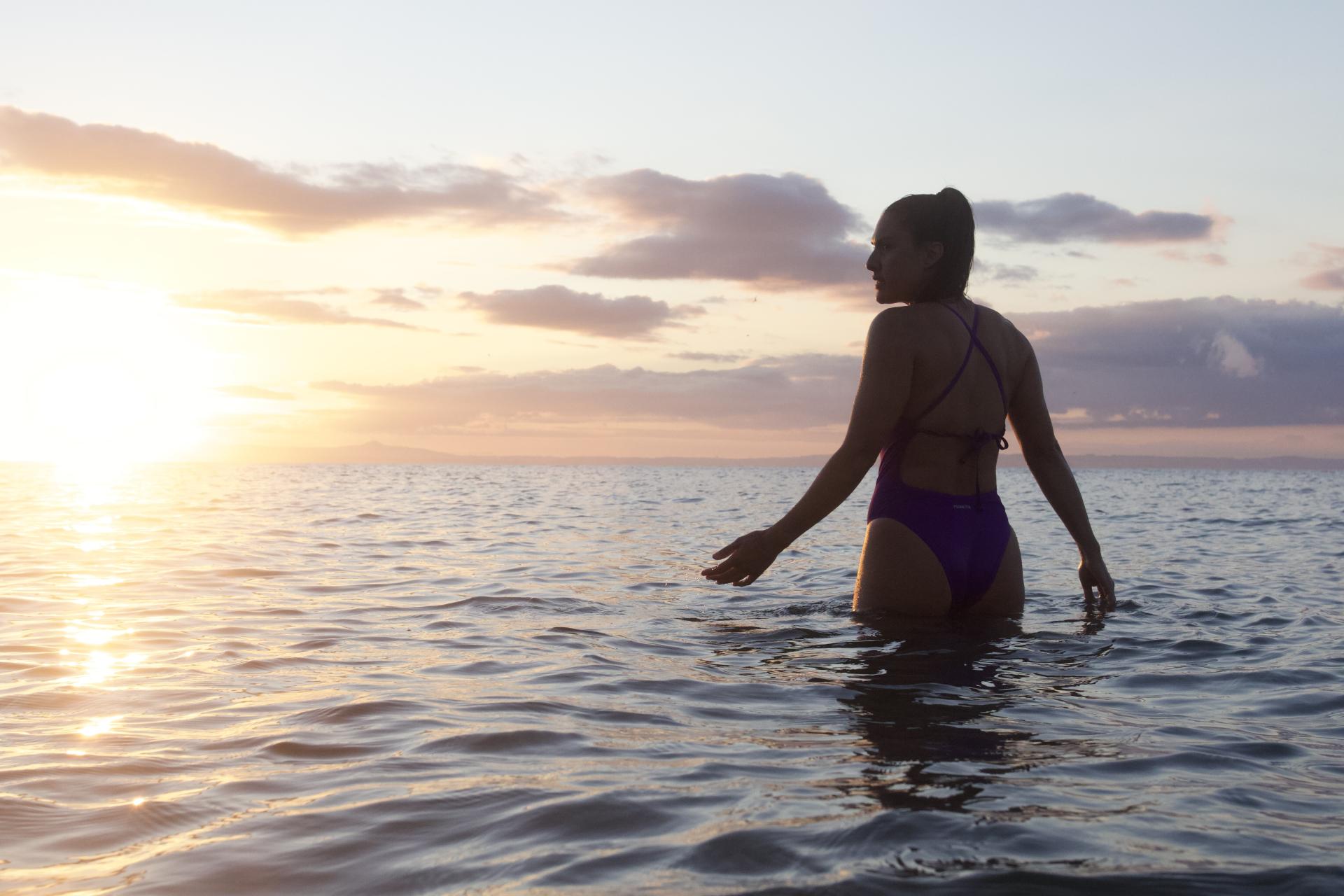 “I used to do major long swims, 15 kilometres, I would get into my own zone, it was like meditation for me. It cleared my mind of all the negativity and I would return feeling on top of the world and reenergised. Then one day, I was out swimming and something stopped me in my tracks. I surfaced and decided I was going to swim round all the islands. I had no real idea when. To be honest, I had idea how I was going to go about it, but that dream is about come to true and for all the right reasons.

“I’ve been training three times per week, minimum, in the sea and also in the pool. One has to remember the water is going to be much warmer than here in Scotland, plus I wear swimwear not a wetsuit, so I have to be careful I get well adjusted to the water temperatures, not to mention how to take to food and fluids while swimming.

"So we’ll have two weeks training in Formentera. Then the final week, like before any major long endurance swim, you don’t do anything, apart from get the calories in you. I take on up to 10,000 a day and will often eat ten small snacks per day when at the peak of training. Fortunately, I have an excellent nutritionist, Abi Adams, who has proved crucial over the years in many aspects of my life and we are ready for stage one,” Lisa said.

“I have investigated and swum in the waters off all of the five islands, although I guess Minorca is the one I have less experience with, but we’ll get there,” she added. To boost fundraising efforts, Lisa has launched “Lisa’s Global Swim Club” – a scheme that encourages people of all abilities from all over the world to join the swim in their local pool or body of water whilst Lisa carries out her epic challenge.
By joining the club, each swimmer will be able to raise his or her own funds towards the cause. And in return, Lisa’s club offers an online community group and a training programme to help people along the way.

And only this week, after three years’ work, she has managed to get the all-clear from Glasgow Council to start touring the most deprived schools from Christmas and help educate and inspire young people.
“It’s the awareness that really needs to be spread as far and wide as possible.

“When it comes to children, it’s really important that it’s caught in that moment, so having self-referral hubs means children can just take themselves and get that help. Prior to the lockdown we were already in a pandemic of mental health in children – now we are in a real crisis. Being in isolation is not normal for humans and having kids closed away behind four walls most of their young lives also leads to problems, they get agitated.

"I think there is far too much time spent sitting in classrooms and not enough time and effort spent on movement. It can be a field sport or it can be dance or yoga. Movement is a way of expressing oneself and it also washes away the negativity while sparking a sense of self-accomplishment and well-being. And that is what is lacking in many schools today. Plus, we need more education when it comes to nutrition, we need to condition our minds and bodies and it all comes hand in hand. But I fear that while there is a fervent conversation going on about mental health, children are not seriously being included, so that is why I am embarking on this swim to raise as much money as possible and awareness so we can set up the hubs around the country and get young people the care and attention they need quickly.

“I am dedicated to educating a wider audience on child PTSD and how to detect it from an early age in hope of preventing children carrying this into their later years. Knowledge is power and with this knowledge we can begin to create brighter futures for children and young adults.”

To help and donate go to: https://gofund.me/19ce87ef or @lisashawathlete, which is where Lisa is posting all of her updates.

There needs to be a simple way of supporting this lady as she achieves her targets. How can people make their contributions?