"Philby was seriously considering about moving to Mallorca because he thought he would have been safer there."

Bill Bristow with one of Thomas Harris's paintings of Mallorca. | Bill Bristow

Film producer and writer Bill Bristow’s godfather was the famous British spy Thomas Harris, who was last seen alive, according to Bill, before he “officially died” in a car crash along the Llucmajor road on January 27, 1965 having permanently moved to the island.

Harris was a Spanish-speaking MI6 officer who worked with Juan Pujol García, ‘Garbo’, an important double agent for the British during World War II, in what became known as the Garbo deception, an operation which has been hailed as having brought an end to the war.

Harris was Garbo’s handler as part of Operation Fortitude, which was the code name for a World War II military operation employed by the Allied nations as part of an overall deception strategy (code named Bodyguard) during the build-up to the 1944 Normandy landings.
The operation was intended to divert Axis attention away from Normandy and, after the invasion on June 6, 1944, to delay reinforcement by convincing the Germans that the landings were purely a diversionary attack.

García was a Spanish citizen who volunteered to set himself up as a double agent and ‘Garbo’ was a key agent for the Fortitude deception.
His fictional network of 27 agents across Britain was an excellent way to create the impression of additional formations. García was so trusted he was awarded the Iron Cross (for his efforts on D-Day he was awarded an MBE).

According to Bill, his father, Major Desmond Bristow, was a very close friend of Thomas Harris and interviewed García before Harris became Garbo’s case officer-handler.
Bill says that Harris and Kim Philby were very close friends. Bill is convinced that Thomas would have known Philby was a KGB operative but was never involved himself, although it was possible.
“I remember Harris around the house as a child and we had a number of his paintings and ceramics around the place. I grew up surrounded by spies,” Bill told the Bulletin. 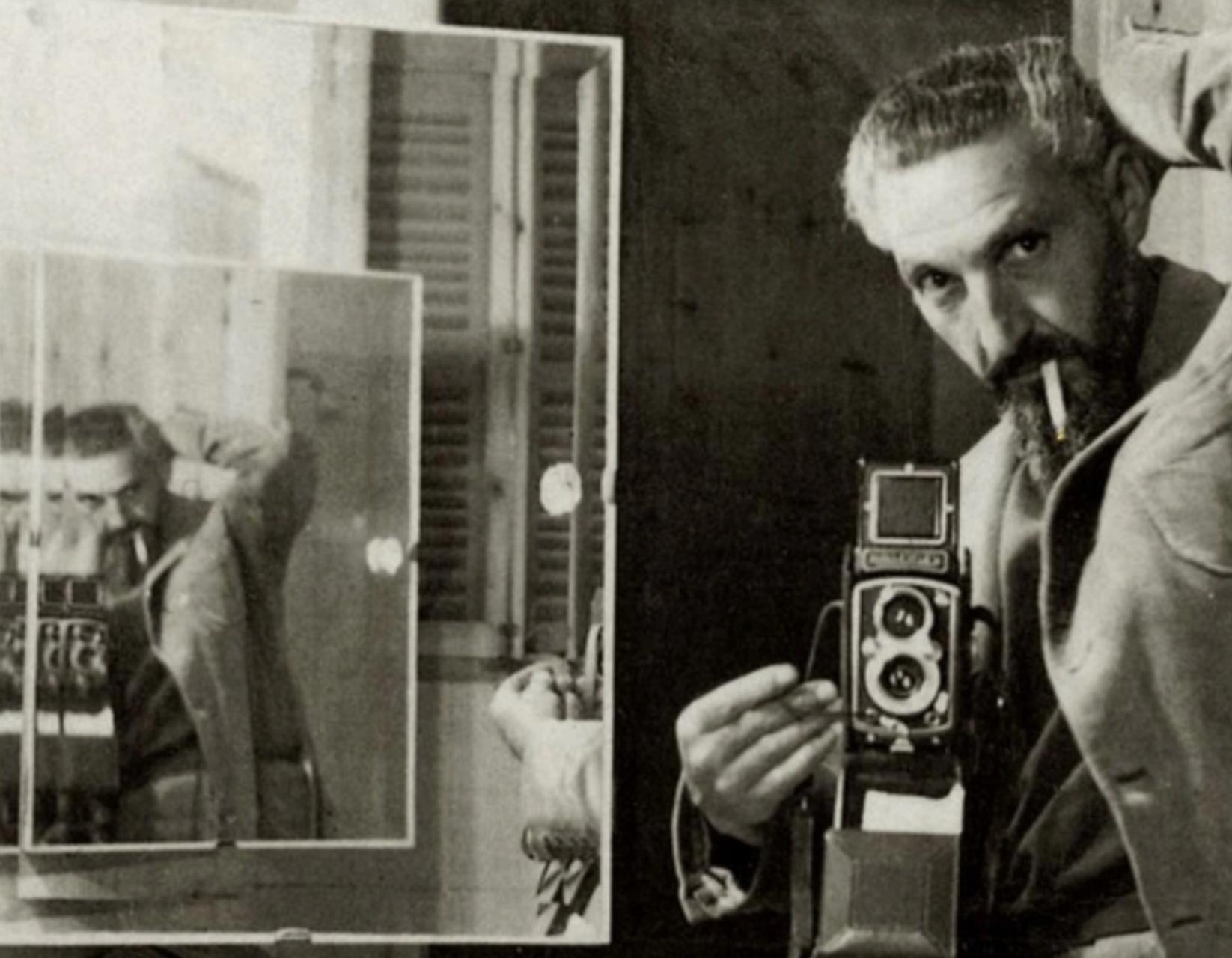 “My father, although it was many years before I finally found out, was once chief of counterintelligence for southwest Europe for MI6. It was the Iberian section 5 which was responsible for Spain, Portugal, the south of France, the Balearics and Morocco, hence why he had become close friends with Harris early in life. They both shared a love of Spain and were able to speak the language.

“My grandfather was a mining director based in Huelva and when mother became pregnant, she quickly flew back to the UK so my father was born in England and did not become a Spanish citizen. However, he returned a matter of weeks later and grew up in Spain until being packed off to boarding school in the UK,” Bill explained.

“He did return to Spain and when war broke out returned to sign up - only to be told he was ‘too late’. However, his Spanish past and ability to speak the language did catch the eye of the War Office and he was signed up as an expert on how the German’s weapons had performed in Spain during the Civil War. To be honest he was no expert, especially when it came to the German air raids, but I suppose he had witnessed more than most of what the German war machine and hardware was capable of. It didn’t take long before he was hired by MI6 and was based at the Embassy in Madrid.

“By that time, Kim Philby had become a good friend. He had helped to get Kim into MI5, Harris’s sister was working there as a translator, so he was able to open a few doors and Philby sat in on my father’s interview with MI6. So, Harris, a highly acclaimed artist and art dealer, was already on the scene.

“He was extremely wealthy, lived in Mayfair and was always throwing lavish parties which were attended by Philby, Guy Burgess, Donald Maclean and Anthony Blunt, who were upper-class Englishmen who were unmasked in the 1950s and 1960s as Soviet agents. Not only did Harris know them all, so too did my father. He would often join the parties and Philby even tried to turn my father, but he wasn’t having any of it. He hated the Communists and while he was no great fan of Franco, he had seen pre-Civil War Spain and understood what Franco had tried to do,” Bill explained.

“Growing up I obviously knew nothing of what my father was really doing. I knew he was in the army but that was it. But one day, I found a German uniform in my father’s wardrobe, a loaded Luger, a pair of German sunglasses and medals and when he next came home I demanded an explanation. I thumped them all on the table and called him a traitor and accused him of working for the Germans. He just laughed but mother eventually convinced him to explain. And over the next four to five years he gradually revealed what he had been up to and showed me suitcases and boxes of notes, all of which were eventually used to write the book ″A Game of Moles”. Only just a few weeks ago I found another set of notes; it’s still a great mystery, especially when it comes to Thomas Harris.

“As families we were very close but more importantly Harris, who was not only Garbo’s handler and without doubt wrote all of the ‘secret documents’ which were then passed onto the Germans via Madrid, he was also extremely close to Philby and co. The two would often go down the pub on Harris’s motorbike together in St. Albans, leaving the others behind at one of the many parties. Harris was always flashing his money about and he certainly knew what Philby and company were up to; he had to. Whether he was a double agent or not, we will probably never know. But, for example, if I was a policeman investigating a murder and Harris was the main suspect, there’s certainly enough evidence to have him banged to rights,” Bill said.

And Bill is not alone with his suspicions. In 1962, Flora Solomon – a friend of Kim Philby – apparently told Victor Rothschild, who had worked with MI6 during World War II, that she thought that Philby and Harris had been Soviet spies since the 1930s. “Those two were so close as to give me an intuitive feeling that Harris was more than a friend.”

“My father, who was placed in charge of recovering the wreck of the car from Spanish customs because it was still on French plates, was never convinced. He told me that Harris was not a big drinker, only drank wine and never got drunk. Despite always having been a fast driver, he was an extremely safe driver.

“And after the war Garbo disappeared to Venezuela. There is a photograph, dated 1975, which I have yet to see, which features a man who is identical to Harris. Harris and Garbo kept in close contact, Harris would send forged paintings which Garbo would then sell to the wealthy ex-Nazis who had fled to South America; bit of a coincidence if Harris had ended up in Venezuela.

“Moreover, Harris’s widow, who was an extremely close friend of my mother’s, told her that she never saw the body; she was not called to identify it (Harris is buried in Palma cemetery),” Bill said.

But what aroused Bill’s suspicions more than anything was the fact that Maclean’s wife Melinda managed to join her husband, who had fled to Moscow, in Russia via Mallorca.

“She suddenly turned up on the island where Tommy and his wife were now living more or less permanently in Camp de Mar. Melinda was only due to have stayed for a week but stayed on longer - one can only presume while the paperwork and travel documents were sorted out, which would not have been easy at the time.

“She then flew to Zurich and then onto Moscow to be reunited with Maclean. My question is - who would have been in a position to have organised all of the travel paperwork for Melinda? From my point of view, it had to have been Harris.

“Questions remain over the car crash. Yes, it may have been a simple accident, he may have been killed by the Russians, he way have decided to kill himself because he knew he was wanted for questioning or, being a man of certain power and plenty of money, staged it and then fled Mallorca for South America. Furthermore, at one point, Philby was seriously considering about moving to Mallorca because he thought he would have been safer there,” Bill added.

“To this day I still have a number of my late godfather’s paintings and ceramics. We have a number of pictures he painted of the Mallorcan olive groves and self-portraits. I continue to be surrounded by spies and the spy games to this day and so many questions which will probably be never answered, although I am sure that somewhere is a file which would lift the lid off the great mystery surrounding the life of Thomas Harris,” Bill said.