Australia tucks into the best of the Balearics

From Minorca to Melbourne

Cristina Jiménez with her freshly made Mallorcan ensaimadas. | La Colmena

In fact, she is struggling to keep up with demand and her best selling pastries are her homemade ensaïmadas, for which she has to import the special Siam pumpkin from Mallorca to make the famous Cabell d’àngel filling. Apart from the very best Belgian chocolate, all the rest of her ingredients she can source in Australia. 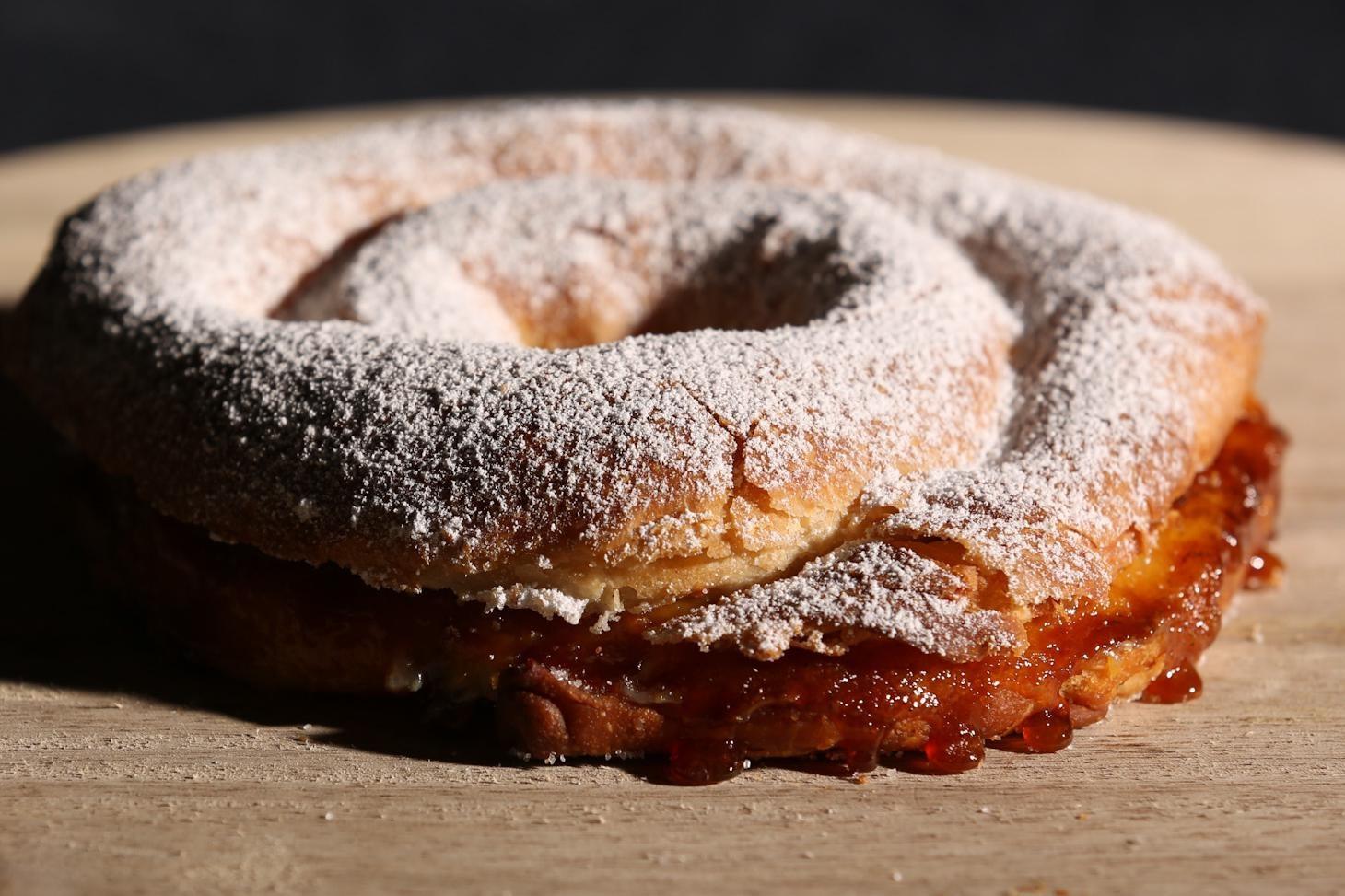 Cristina was not always a professional pastry chef. Her father Felipe was a professional chef who worked at a number of the best hotels in Mallorca and Minorca for over 20 years before he retired, so cooking always played a large part of her life. But after moving to Barcelona, she worked as an IT engineer for many years before moving to Melbourne in 2009.

“I had a good job and my husband is a civil engineer for a large international Spanish company. We were well set up in Barcelona, had out first daughter and then my husband was offered a project in Australia. We gave it some thought and decided it would be an experience for the family. So we embarked on what we thought would be a two-year expat adventure. But one project led to another and now, 18 years later, we are settled in Melbourne with our second daughter and I have just embarked on this new venture. 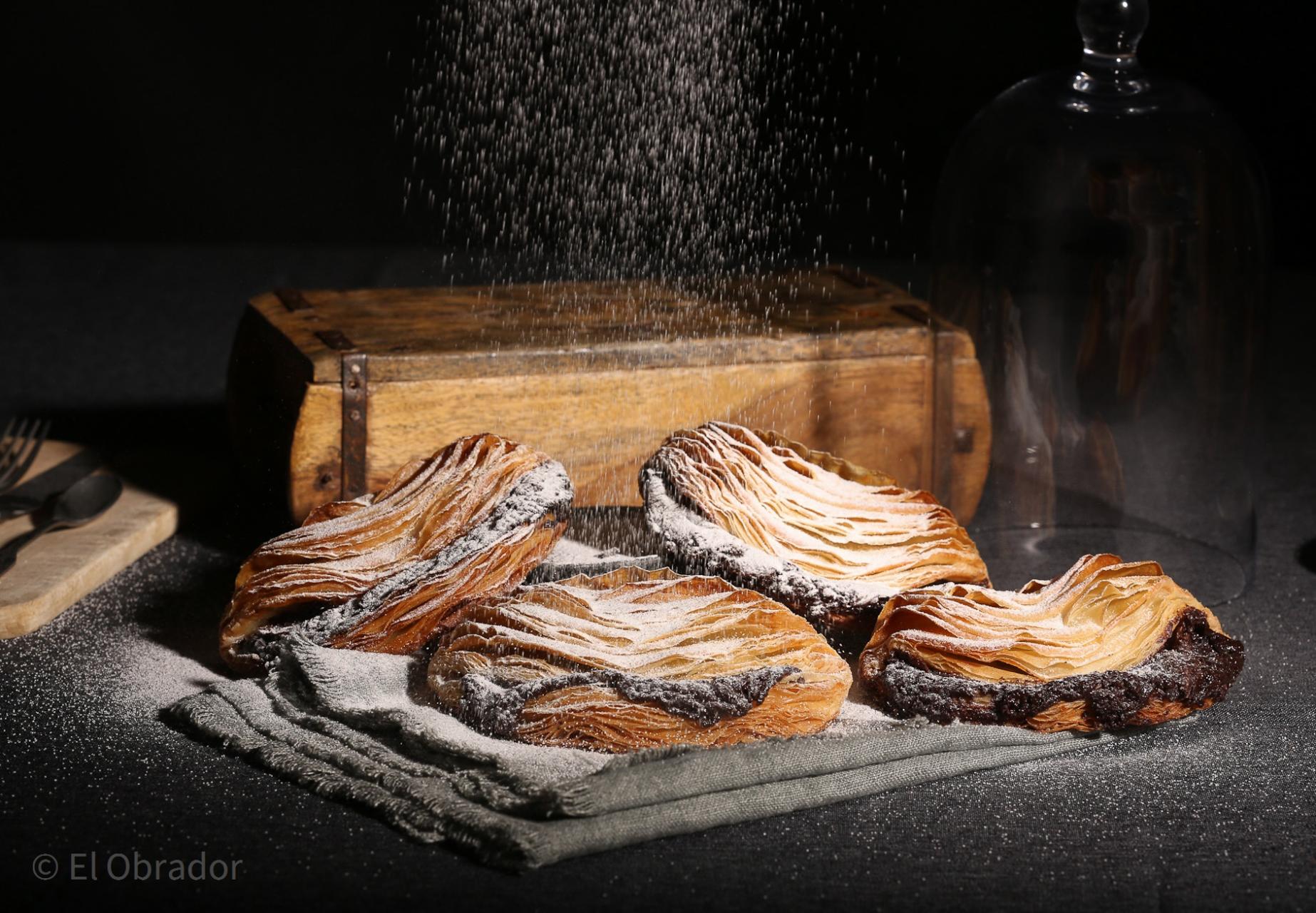 “It was always my dream to open a pastry shop when I retired, but to be honest I didn’t know if it would ever happen, never mind in Australia. But when the pandemic hit, and Melbourne had some of the toughest restrictions in the world, I decided to start studying the art of pastry-making. I had been baking traditional family recipes for decades but I used the lockdown to improve my expertise and knowledge in the world of pastry with training from leading culinary institutions such as Le Cordon Bleu Melbourne.

“One thing is cooking at home, the other is becoming a professional because it is a very complicated art. It’s a science, a bit like chemistry because all the ingredients and quantities have to be right.
“With a large number of Spaniards living in Melbourne I couldn’t afford to take any short cuts because they know what I am making and would be the first to catch me out. I also wanted to pay tribute not just to Balearic pastries but to the Spanish classics as a whole,” she told the Bulletin this week.
Her passion for the arts brings a visual aesthetic note to all her creations. 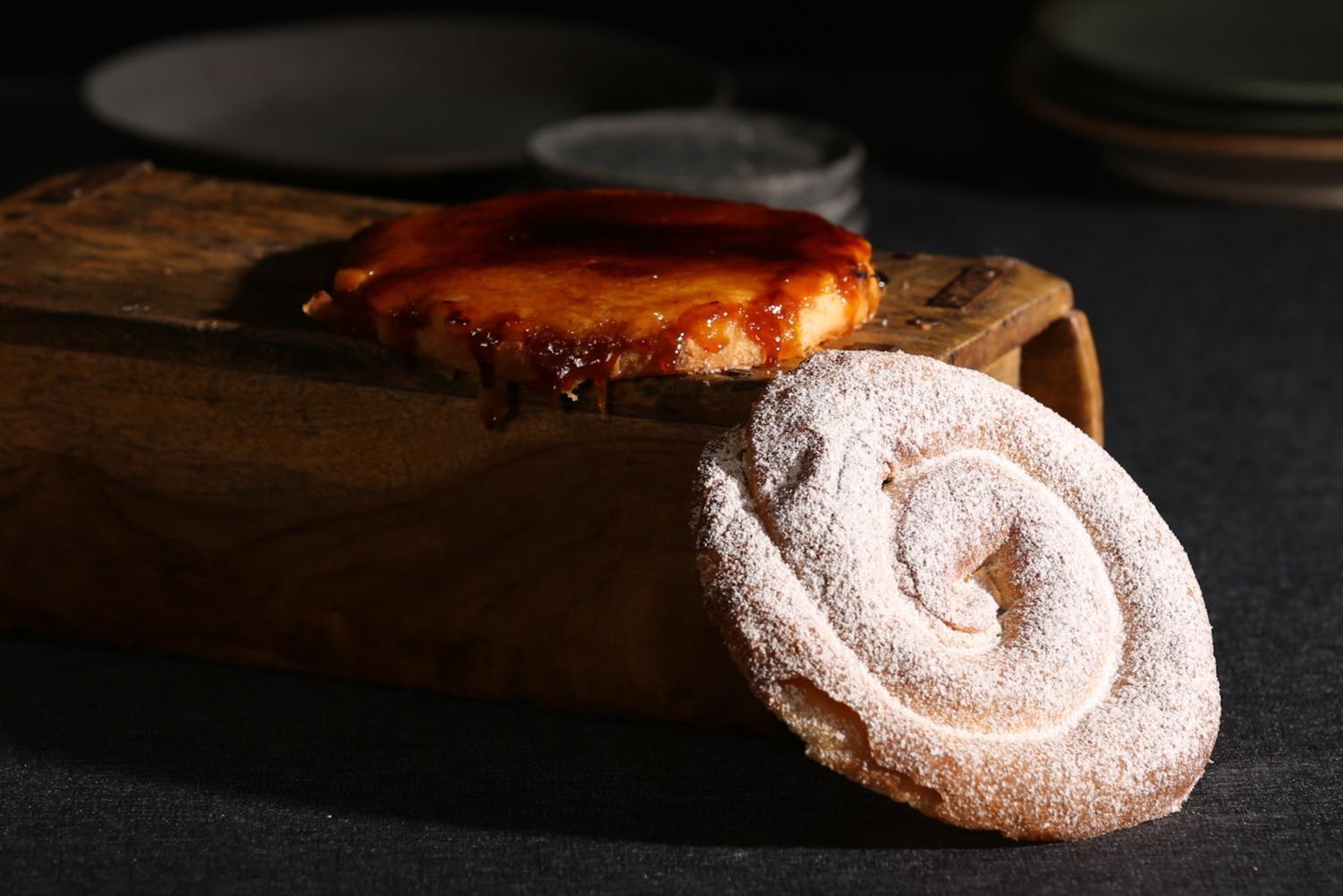 Her baking skills are influenced by recipes from different regions of Spain, in particular the Balearics, Catalonia -where she grew up - and Andalusia and La Mancha, both homelands of her ancestors. The menu is a delight and her pastries are going down a treat in Melbourne.

Apart from ensaïmadas, Cristina makes piononos, glaseados, doblegats, tocino de cielo and roscon de reyes, which are also extremely popular. “After a long search for the right location we managed to find an outlet in Melbourne’s famous Prahran Market, which was perfect. It’s a farmers’ market and the oldest in the city, dating back to 1864. It’s also a mecca for gourmet foodies, and the past three weeks have been manic. Most days we’re sold out by midday, and with so many different cultures and people of different nationalities in Melbourne, which is so cosmopolitan, it’s been a delight to have enjoyed such a positive response. I am so proud of how everyone has embraced and is enjoying the Spanish pastries.

“At the moment, it is just me. My daughters help when they can, but I’m on my own, so it’s a great deal of hard work but I love it; it’s my passion, my dream has come true. While we are going to close for two weeks next month so we can visit the family in Spain for the first time in three years - we normally return twice a year but the pandemic put an end to that - I am going to have to try and find some extra staff; that is going to be a challenge. 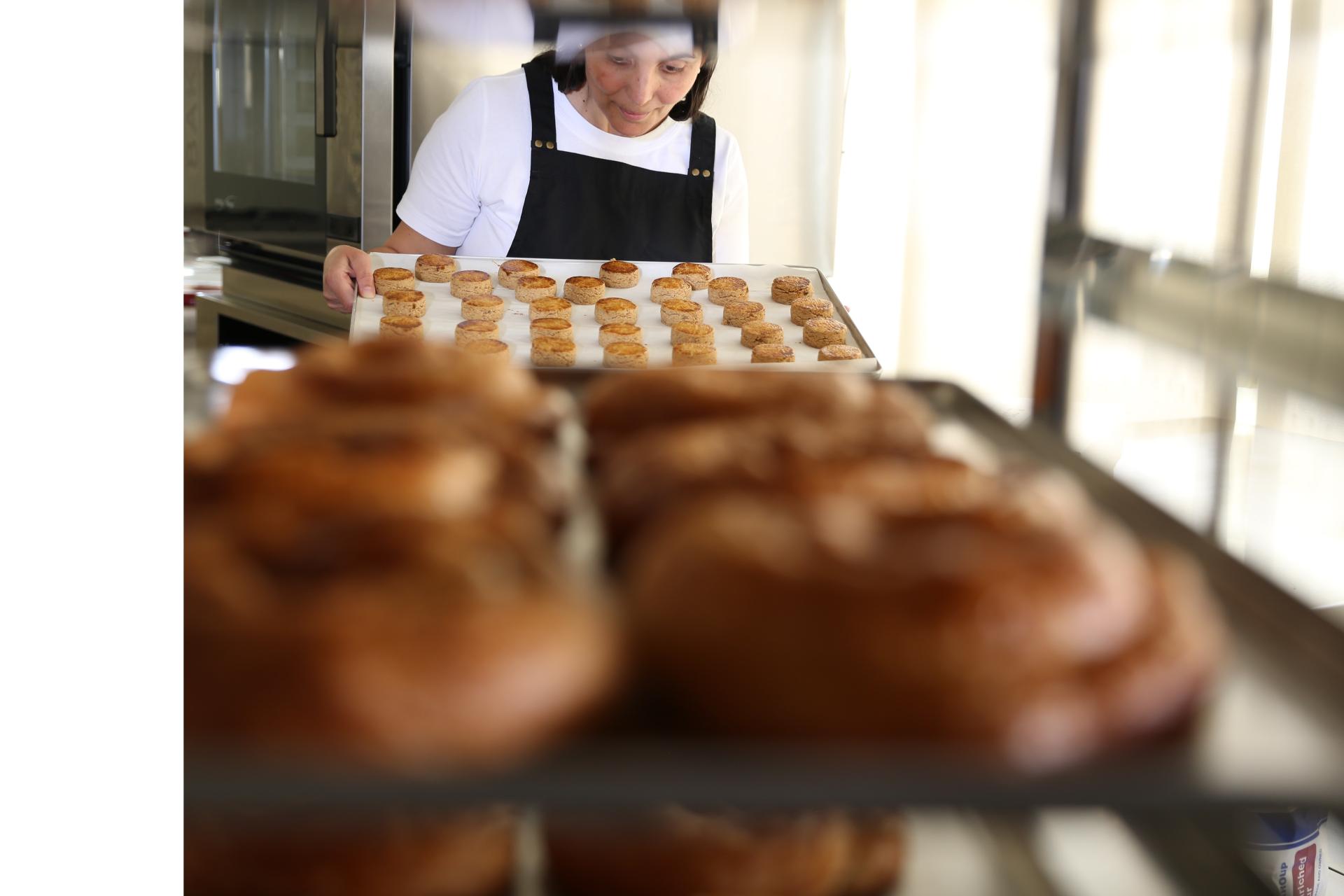 “I’ve already landed large orders from some of the best hotels and restaurants so I’m going to have to step up production. But it’s not going to be easy to find a pastry chef who knows how to make ensaïmadas and all the other Balearic and Spanish delights in Australia.

“What I would like to do is give some young Balearic pastry chefs who have four to five years’ experience the wonderful opportunity of coming to join me in Melbourne. I think it would be an attractive venture for any young person to travel to Australia, learn or improve their English and see this wonderful country. So the offer is there for anyone interested. All they have to do it drop me an email and we’ll take it from there.

“We’re already very much part of the community and have made many new friends who come every day to buy our pastries.

“There have been some lovely stories as well. Not long after we opened, a Spanish lady came and saw that I made piononos. She got quite emotional because her father, now aged 91, had not eaten one since he emigrated to Australia in 1972 and they are his favourite pastry. So I gave her a selection and the following day she returned to tell me that her father took one bite and broke down in tears. They brought back all the memories, emotions, flavours and tastes of Spain; so she’s now one of the many regular customers. What a lovely story and things like that make what I’m doing all the more worthwhile. That is what La Colmena is about. It was born from our love of Spanish gastronomy. It arises from time-honoured family traditions and our fascination with old cookbooks. 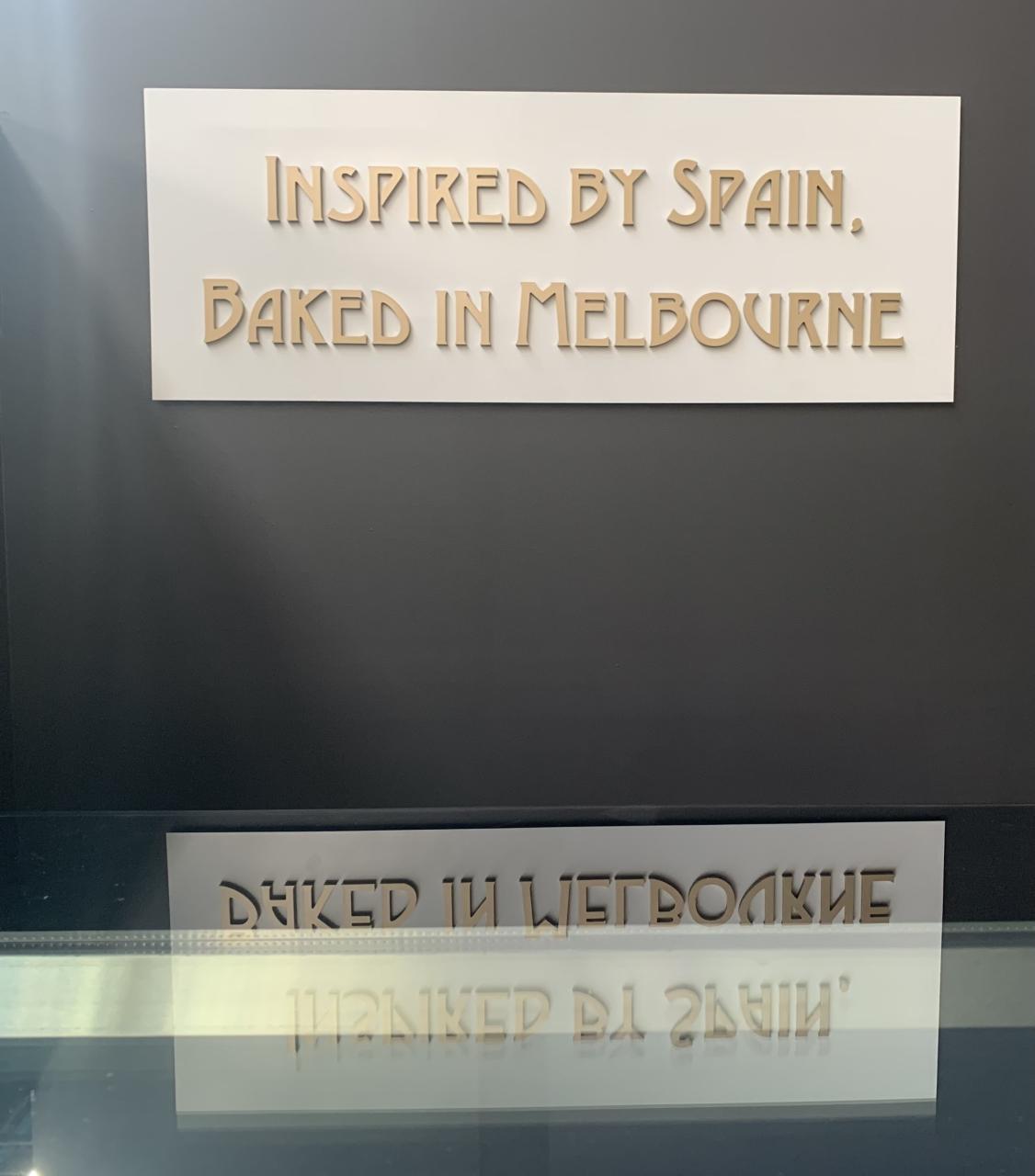 “Familiar aromas from baking old family recipes magically transport us home. This nostalgia for Spain was the inspiration for the creation of La Colmena. Our curiosity for the complexity and precision of pastry making led us to intricately explore these classic recipes.
“We are passionate about authentic Spanish flavours and La Colmena reflects that. We create traditional pastries to entice you into the sweet world of Spanish cuisine. We hope it may even transport wistful souls to Spain.

“But to see how customers react is heartwarming because many of the pastries take hours, if not days to make. So to be able to create something magical is such a privilege, while paying tribute to Spain’s historic pastries which date back centuries. 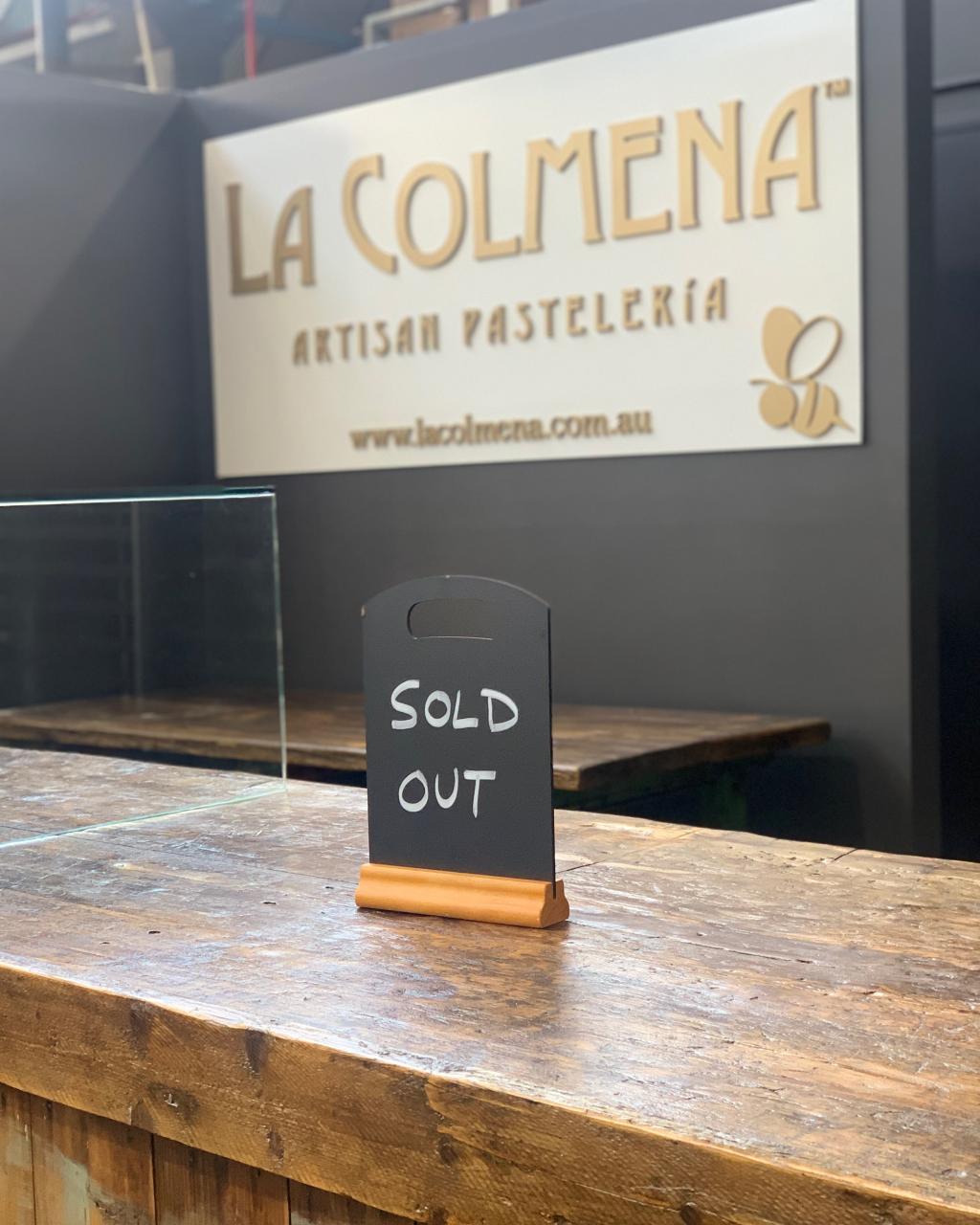 “La Colmena is a tribute to the art of Spanish pastry-making, a homage to a cuisine forged under the influences of the different cultures that populated the Iberian Peninsula over two millennia, giving rise to Spain’s unique gastronomic identity. Passed down from generation to generation, Spanish pastry-making is so rich that each region has developed its own characteristic flavours, creating a culinary diversity worthy of admiration,” Cristina said.

“I’ve already had some of Australia’s most famous TV chefs visit me. Trouble is, to be honest, I don’t recognise them, but their response has been very encouraging and we’ve attracted a great deal of interest on social media. So we’ve hit the ground running, set the benchmark extremely high and once we return from Spain, I’m really going to have to up my game to meet demand. And like I said, hope to have some extra staff from the Balearics who know the art of making local pastries,” she added. 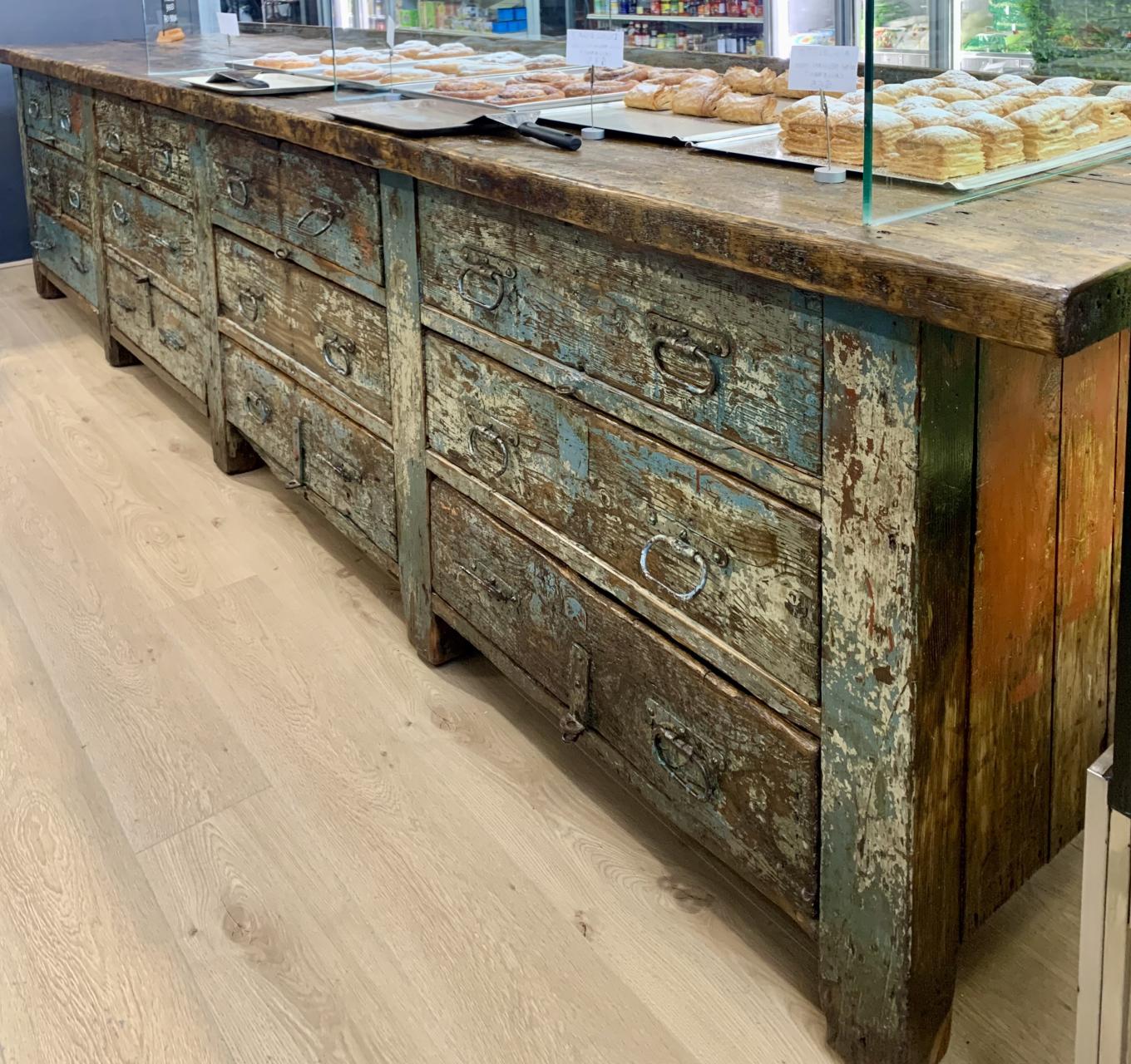 “I must stress how proud I am of Spain and my roots. I think having been away from the country for so long and living in a different culture, it’s given me a different perspective of Spain. It’s made me realise that while the country is so diverse with its different languages, dialects and regions rich in culture and history, it is more united than ever. To be able to share a slice of traditional Spain with the Australians on the other side of the world is a true delight,” Cristina said.

So, should anyone fancy joining Cristina on her new journey in Melbourne, her email is hola@lacolmena.com.au