“I guess my longest lasting memory of Mallorca is the way of life. Once we got used to it, working the land, nature very much controlled the pace of life, it was magical.”

Peter Kerr with a copy of the latest edition in Chinese. | Peter Kerr

The extremely entertaining ripping yarns about a Scotsman who, with his wife and two young sons, took over a small orange farm in Mallorca in the ‘80s, are currently being developed for a TV series.

Peter Kerr, a former famous musician who also had a 50-acre farm in East Lothian, stumbled across the small orange farm in the Sa Coma valley by chance while on holiday with his wife. 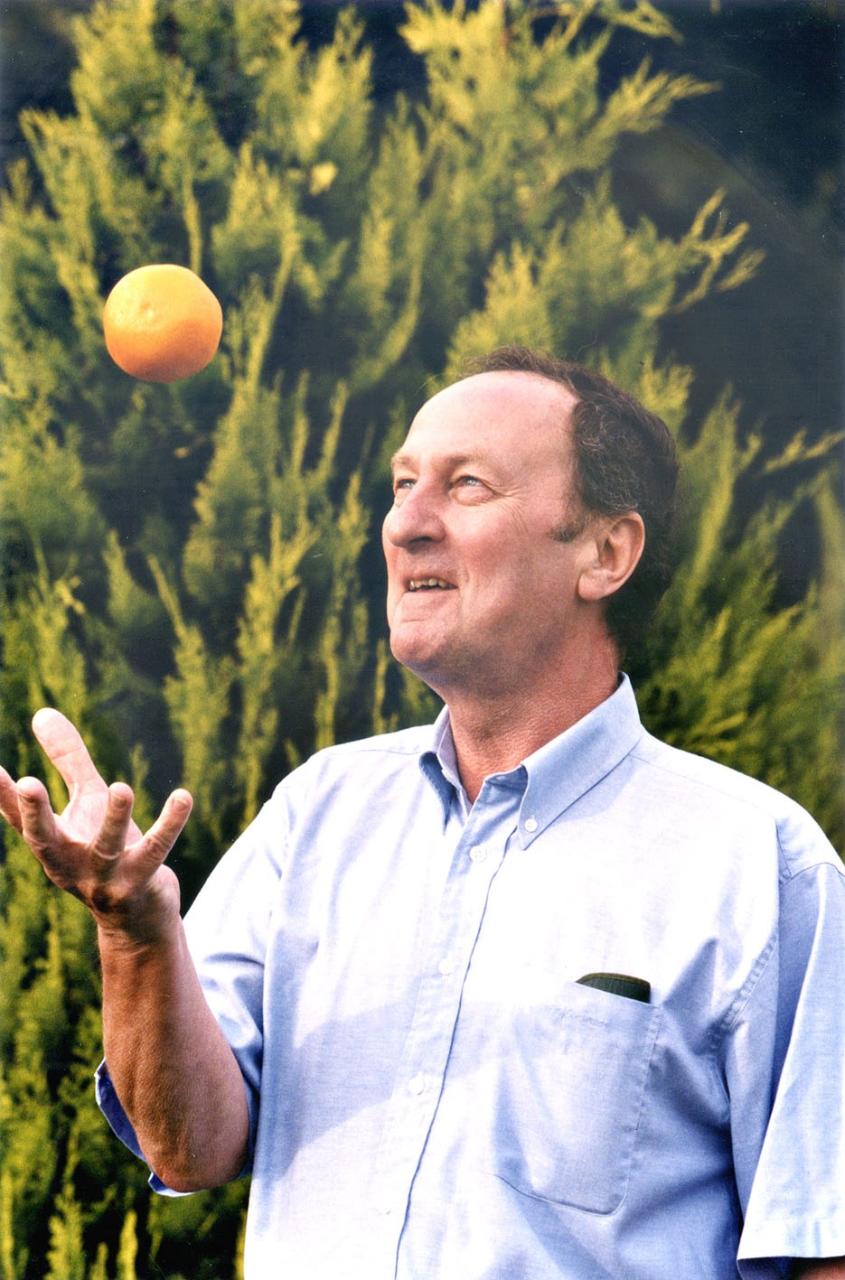 His experiences eventually became the inspiration for five non-fictional books, the first being Snowball Oranges, about his ventures and life in Mallorca. And now, and not for the first time, efforts are being made to transfer his adventures to the small screen.

“I guess everything happens for a reason. We were growing malt and barley and raising beef cattle on a 50-acre farm in East Lothian but 50 acres was small fry compared to the big boys who were farming 5,000 acres.

"Fortunately, I was able to subsidise the farm with my income from the record producing. However, when the recession hit in the early ‘80s, the royalties and work in the music industry started to dry up and we could no longer really afford to continue with the farm, plus we had not long taken out a loan to buy the property. So sadly, we had little choice but to cut our losses and we thought ‘bugger it, let’s go on a holiday’ and have a think about our next move. And we ended up in Mallorca.

"We had hired a car and began exploring the island. One day, we headed up to Andratx town and the surrounding area. Needless to say, it was not long before we got lost down some country lane heading to Es Capdellà and stumbled across a small orange farm which was for sale. We managed to have a look around the place and fell in love with it and on impulse we bought it in 1984. We had no intention whatsoever of moving to Mallorca not to mention continue farming, but we did and it’s probably the best decision we ever made, and I still miss the island today. 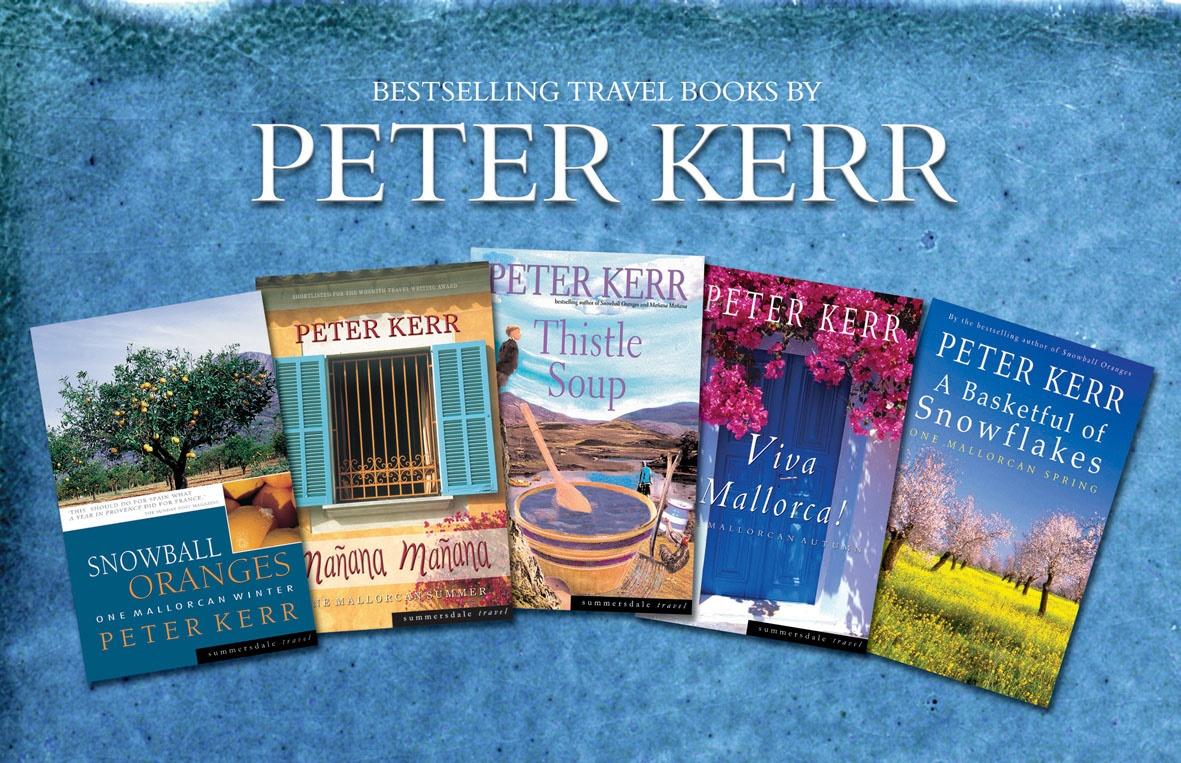 “But ironically, similar to the recession hitting us in the UK in the early ‘80s, come the end of the ‘80s, well 1986 to be exact, Spain joined the European Union and that made operating the farm much more complicated. The farm was doing extremely well, we were looking for more land to increase production and become more competitive with the larger orange producers. But thanks to the new EU regulations, which came in on the back of Spain joining the EU, these made exporting and importing much more difficult and costly. Meanwhile, the cost of agricultural land had also risen. The farm was no longer viable, so we had to cut out losses yet again and move back to Scotland, which had been something we had no intention of ever doing. The plan was to have remained in Mallorca.

“So, we moved back - it was harder to readjust to life in the UK than it had been in Mallorca - the farm had been in the most beautiful spot surrounded by the Tramuntana Mountains and the neighbours were wonderful.

“They were all elderly farmers and we all got on extremely well. They were friendly and helpful, if not a little laid back at first, but we got used to the pace of life in Mallorca and, more importantly, got to understand it, which is what I miss most to this day. The magic of Mallorca and ,sadly, even then the younger generations were turning their backs on the farms for the bright lights of tourism. I fear the old guys are no longer farming the land, which is a great shame and a loss to the island. 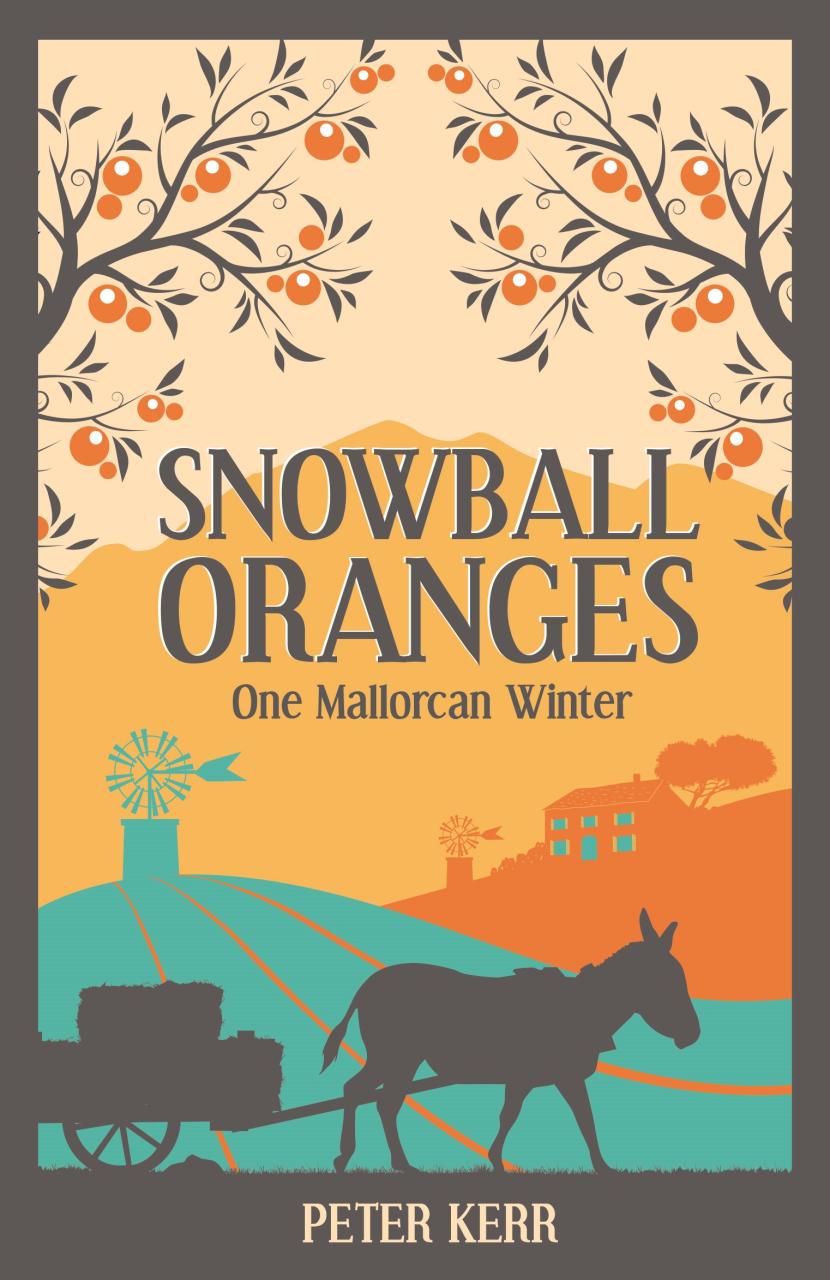 “One thing I leant was that they lived by the seasons; nature dictated their way of life. If it was too hot to farm, they would have a siesta until it cooled down, while autumn was very exciting, it was when most of the produce would be planted and sowed in time for spring.

“So it took a while to readjust to the hurly-burly in the UK and needless to say I was being asked the same questions about life in Mallorca, our experiences, the people etc. time and time again. I decided to scribble down a few answers to make it easier replying to the endless questions. Before I knew it, the words became sentences, they became chapters and then I had a book on my hands. This would have been around 2000, but it took me eight years to find a publisher - Summerfield, a small new outfit with little PR budget. But they managed to send review copies to all the right media outlets and it suddenly took off.

"It became number one on the Amazon Travel Related lists and was soon selling 15,000 copies per week. Before I knew it, the publishers wanted a second book and fast. Two eventually became five non-fictional books about our time and experiences in Mallorca; Snowball Oranges, Mañana Mañana, Viva Mallorca! and A Basketful of Snowflakes and the final new edition was released in 2017. From Paella to Porridge, tells of the family’s final year in Mallorca and our return to East Lothian,” Peter told the Bulletin this week.

The books went on to be translated into 14 languages from Polish, Hungarian, Swedish and German to Korean and Chinese. In fact, a special box book edition has just been re-released in China in two formats, Simplistic and Complex characters. Simplistic is the most read form of Chinese, many still find the Complex characters, well just that, too complex, he explained. 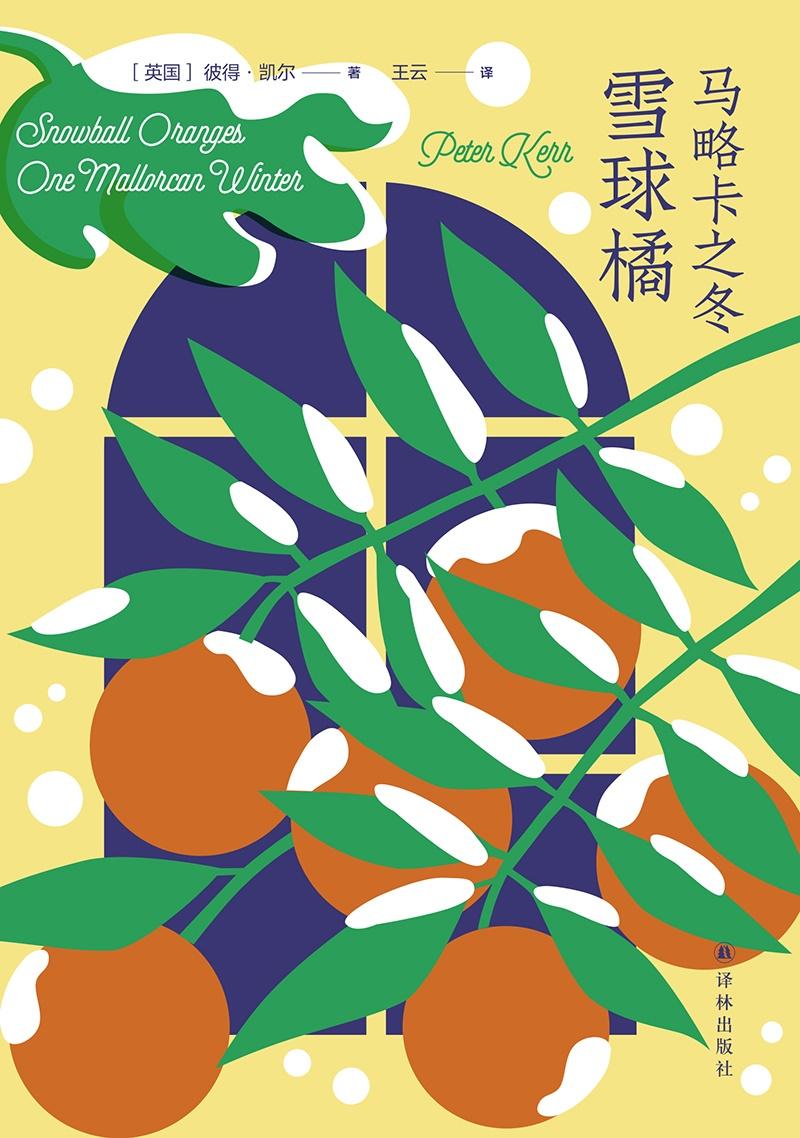 And it was not long after Snowball Oranges was published that an independent producer, Mia Jupp, took an interest in it for a television series and took up an option.
“They gave us a contract which gives them the rights for so many years to try to adapt the story for film or television.

“She tried her best but for some reason it did not come off and then she sadly and unexpectedly passed away,” Peter said.

However, the TV series project is now very much alive and back on the table. Mallorca-based facilities and production company Palma Pictures and Peter have their fingers crossed that this time around it will finally come off.

“There is a pilot script and David Keogh is developing the extended script. It’s very much in the hands of Palma Pictures now. We are in contact but I’m keeping my nose out. I’ve got another book, my 17th, to write and it takes a lot of time. It’s actually about an author writing a book. It is by no means how to write a book - who am I to give advice? - it’s about the hard work, long hours, difficulties and challenges authors go through. I’ve written a series of mysteries and when people ask me how I get the idea for the mystery I admit that I don’t have a clue when I start. My approach is that if it’s a mystery for me, it’s a better mystery for the reader, so I start writing and see where the stories take me,” he said.

“As a joke, I recently said that I would have liked the late Spike Milligan to have played my part but who knows. All Palma Pictures have told me so far, officially that is, is that they have garnered interest from prominent industry names and warm feedback from potential networks. What all that means I’m not too sure, but it sounds encouraging and at least the project is under development. Like most things, such as the re-release in China, this would have all started some three years ago, but the pandemic put the brakes on things. But we’re moving again now, which is exciting,” Peter said. 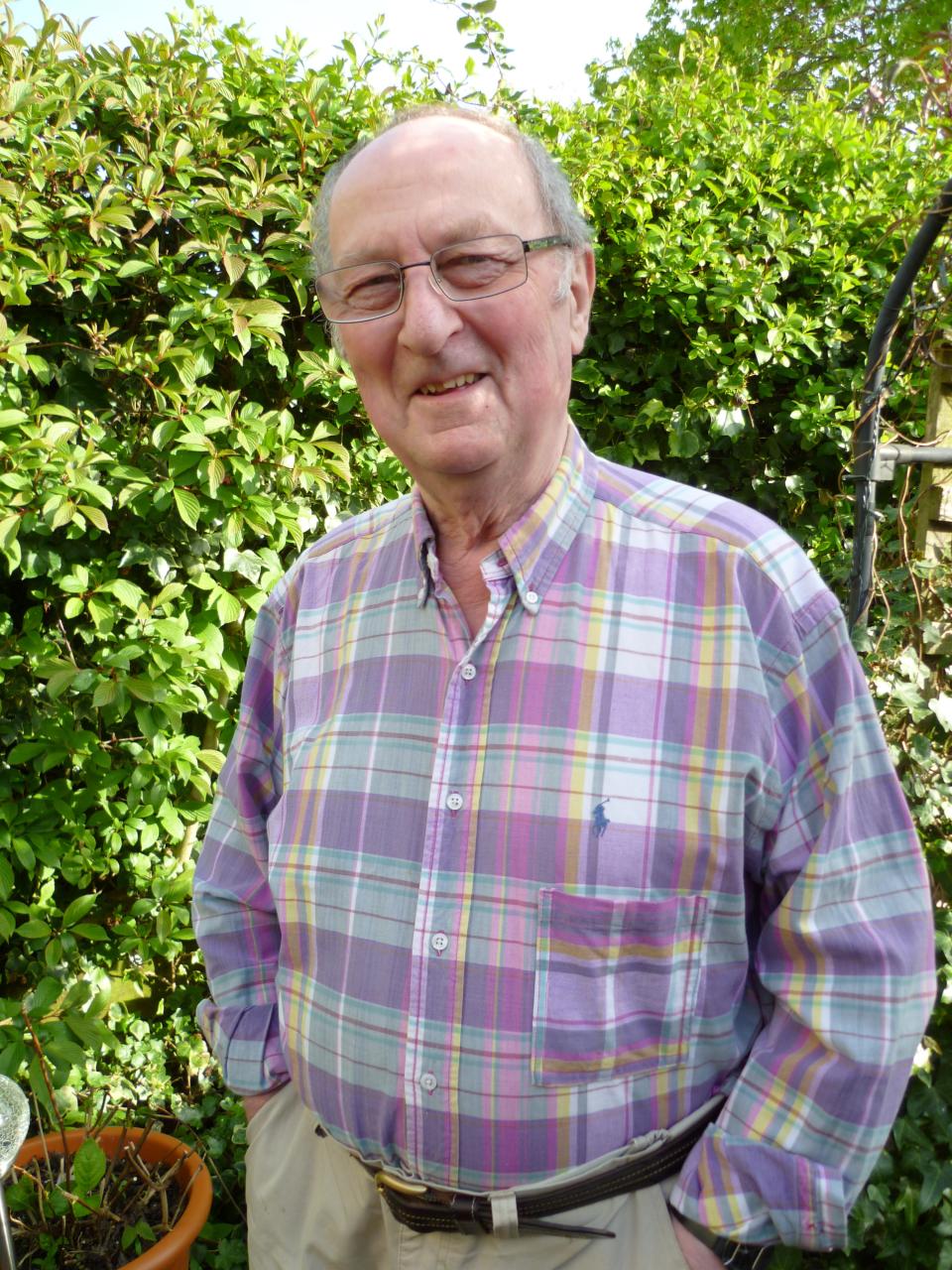 “I once received a short note from Michael Douglas, who said how much he had enjoyed Snowball Oranges. Who knows, perhaps he might be interested. I have to thank Mallorca and all the wonderful people for everything during those three years. It was a life-changing experience I would not have changed for the world. I just hope that Mallorca has not changed too much.”