Spain could be the energy hub of Europe

Dr. Khal A Hashema, who has invented a process of transforming natural gas to “liquid” methanol with his company Thrunnel

Spain is in a unique position to become the new energy hub of Europe, if not the western world, according to Dr. Khal A Hashema, M.Sc., PhD., MD, who has invented a process of transforming natural gas to “liquid” methanol with his company Thrunnel, which is based in Finland. 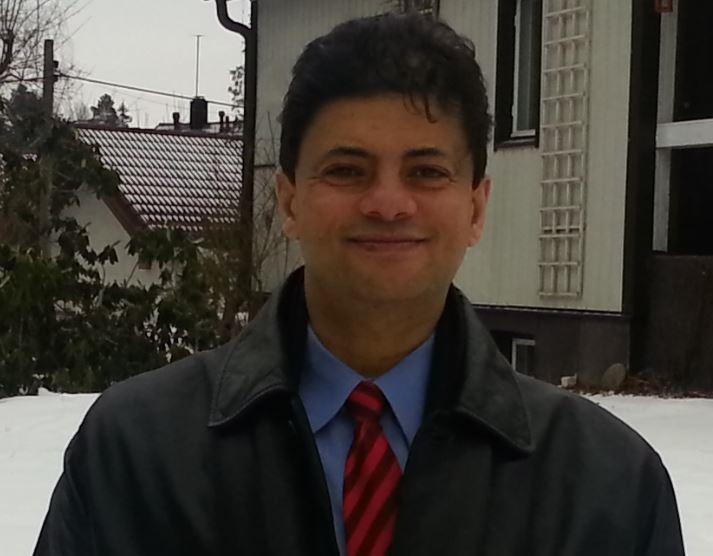 Dr. Khal, who is currently in Melbourne promoting the project, explained to the Bulletin that Spain is geographically in the perfect position to become the new energy hub for Europe, which would eventually wean Europe off its dependence on Russia for some 40 percent of its natural gas.

“The biggest problem the world faces at the moment is that natural gas can only be transported through pipelines, but at Thrunnel we have the technology in the research and development stage which offers a direct-step conversion of methane from natural and renewable sources to hydrogen-rich shippable, transportable and storable liquid.

“Liquid hydrogen carriers, under ambient conditions, do not need the expensively prohibitive infrastructures required for liquid natural gas or the handling of methane in its voluminous gaseous form.
“That could make Spain the energy hub for Europe to wean it from its dependency on Russian gas, using existing transportation infrastructure.

“This technology would allow Spain to be the recipient of natural gas via both the Mediterranean Sea (from north Africa) and the Atlantic Ocean (from the USA), without the need for the expensive pipeline network or liquid natural gas expensive terminals,” he explained.

“Today, Europe not only depends on Russia for its natural gas but also for 39 percent of its crude oil.
“22 percent of Europe’s gas also comes from Norway, 18% from Algeria, while America, Qatar and Azerbaijan account for 10 percent collectively.

“However, should Spain invest in what Thrunnel is developing, there would no longer be the need for gas pipelines. Plants in Spain could produce liquid gas which could be easily transported by road and by rail to all of Europe. What is more, Spain could buy the patent and then sell that across the world. It would be in the interests of Europe and the national interests of Spain as the country moves forward with its renewable energy project.

“This could change the entire global gas industry and finally kick start the hydrogen economy, which has been on the table for some 50 years,” he added.

“If there were a direct way to convert natural gas to ‘liquid’ methanol, Spain could use that direct way to ship methane gas in the form of methanol liquid to the rest of Europe.

“Currently, none of the available technologies can make direct conversion from methane to methanol. This is where Thrunnel technology can come into play, if it is developed in a timely way.
“Methanol can replace natural gas in all of its uses, including natural gas electric power plants, cheaply modified to use methanol.

“Most importantly, methanol can serve as an ideal carrier of hydrogen, to release hydrogen, when and where it is needed, via the Thrunnel-technology-based zero emission process.
“Ironically and counter-intuitively, methanol at room temperature has more hydrogen than liquid hydrogen itself at a cryogenic temperature, on a weight-to-volume basis. So, why would they bother using the expensive cryogenic temperature to liquify hydrogen, while methanol, which is naturally liquid at room temperature, has more hydrogen than liquid hydrogen? The reason is cost related. Making methanol today is too expensive and energy intensive to be used as an energy carrier, thus it is mainly used as a product in the chemical industry supply chain but not as an energy carrier. Otherwise, it would be a wasteful energy carrier, because the energy consumed in its making is more than the energy it can carry,” he stressed.

Spain already houses the EU’s largest storage and regasification capacity but its limited interconnections with the rest of the continent continue to be a problem.
Spain houses just over a third or 35% of the liquefied natural gas (LNG) storage capacity in the EU and the UK, according to data from Gas Infrastructure Europe (GIP), the association of European gas infrastructure operators, comprising 67 companies from 26 countries. With a capacity of 3.31 million cubic metres, Spain is first, followed by the UK, which accounts for 22% of LNG storage capacity (2.09 million), France (14% and 1.35 million), Belgium (6% and 0.56 million) and Italy (5% and 0.54 million), according to GIP data.

Spain also leads in terms of regasification capacity, allowing Spain to face the current crisis triggered by Russia’s invasion of Ukraine with more guarantees than its EU neighbours, at least in terms of security of supply, experts have said.

And Mallorca is helping to lead the way. In March, Spain’s minister for ecological transition, Teresa Ribera, attended the inauguration of the Lloseta green hydrogen plant. Described as a pioneering project in Spain and in southern Europe, the plant has investment of 50 million euros, of which the European Union has contributed ten million.

At the plant, water molecules are separated by electrolysis into hydrogen and oxygen atoms.
The compression of hydrogen allows its use as a green fuel without emissions. It occupies part of the old Cemex cement factory and is powered by photovoltaic parks located by the plant and in Petra.
The production plan is for more than 300 tonnes per year.

This will initially be for part of Palma’s bus fleet, for port services in Palma and for tourist establishments and industries. In the longer term, green hydrogen is seen as an energy source for residential purposes.

The oxygen from the process is for health use and also for diving cylinders, while the oxygenation of fish farms is being studied. The water for electrolysis is ten per cent of the volume that Cemex used to require for cement production.

Juan Pedro Yllanes, the Balearic minister for energy transition, has said that the hydrogen plant will “accelerate the decarbonisation of the Balearic economy and advance energy sovereignty as a strategy to reduce our dependence on foreign countries”.

And this is exactly what Dr. Khal can see happening across Spain, making it the power liquid gas house for Europe. But apart from investment, he needs willing, dedicated and hardworking scientists and technology experts to move the project forward.

Driving licence deal for British residents in Spain on the table

Excellent story. The mix of several energy use and storage is need to replace carbon fuels. The conditions in Spain are excellent for solar , photovoltaics and wind . The excess electricity storage conversion to hydrogen gasses and liquid fuels a better solution than batteries. It is also a better solution than transportation battery technology as similar practices to currently used with petroleum vehicles can be employed. Porsche have invested in two synthetic fuel plants in Australia and Chile . The fuels they will produce is a direct replacement for petrol for current combustion engines. So much cheaper alternative to all electric vehicles. Ross Brawn, ex F1 Ferrari , and general genius has been promoting this proven technology for years . But first the carbon neutral power generation stations need to be built. It’s the first step and foundation of all carbon neutral technologies. The electricity has to come from somewhere and the last 6 months have demonstrated the urgency of energy security in a dangerous world. As the extract carbon from the air they are carbon neutral

Stan The ManI agree with you… however I do feel that the answer will come with a mix of technologies (battery EV alongside hydrogen EV, and potentially others). While I do get the argument that battery EV has a higher energy retention rate across the supply cycle I am not a big fan of the batteries themselves being made. If energy supplies become truly renewable then the significantly lower energy retention rate (energy required for production, transport infrastructure etc) of hydrogen won't matter. Hydrogen will enable densely populated cities, where few people own garages like Palma, to have cars while not having to litter the city with electrical charge points all over the place.

Hydrogen is the answer for the future of the world. With Hydrogen powered vehicles all that comes out of their exhausts is WATER.!!