One of the richest women in the world in Mallorca

The businesswoman María Laura Medina, wife of businessman Ricardo Salinas Pliego, president of TV Azteca and one of the most influential people in Mexico, flew over Mallorca in a helicopter on Monday. It is not known whether her husband was also on board.

Ricardo Salinas Pliego has a fortune of 12.5 billion dollars. He is not only known for his fortune, his ultra-liberal political positions have also seen him involved in more than one controversy.

His yacht, the Lady Moura has used to moored in the Club de Mar and has been a regular sight in Mallorca for decades, so it is not surprising that the billionaire couple is spending a few days on holiday in Mallorca. 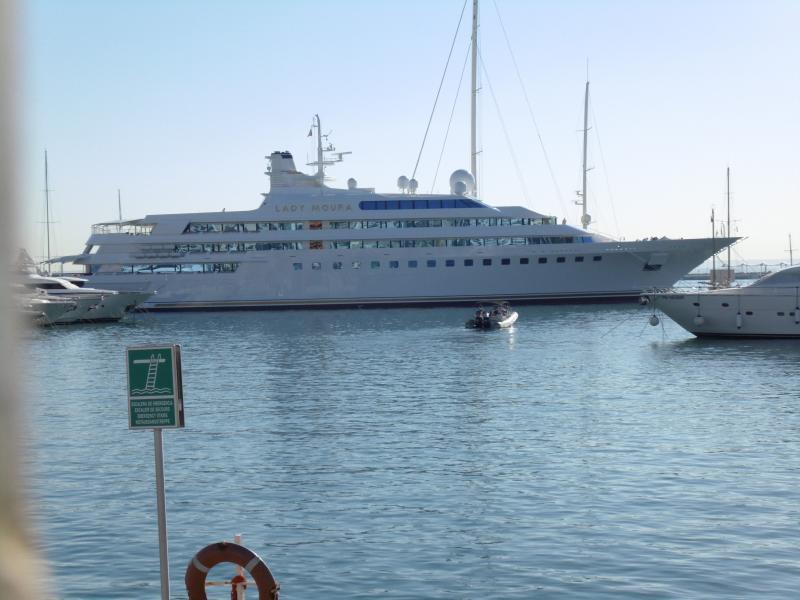 Lady Moura was built by Blohm and Voss in 1990 for Saudi billionaire Dr. Nasser Al Rasheed. He has owned the yacht ever since and used her as a floating family residence. In 2020 the yacht was listed for sale, asking EUR 125 million.

Although she was built in 1990 by Blohm+Voxx in Hamburg, Germany, with the help of the Italian designer Luigi Sturchio the yacht looks like in its best times, because in 2020 it was reconditioned.

Considered one of the 15 largest super yachts in the world, she is distributed over four floors and has a capacity for up to 27 guests in 13 cabins as well as up to 71 crew members in 36 other cabins.

Inside it has a kitchen, a dining room, a living room, a main room, a cinema room, a casino, a swimming pool with a retractable roof, a beauty salon, a party room, a bar, a gym, medical office, elevator, among other rooms.

As if the interior luxuries were not enough, outside it has a terrace, a spa, a beach club and a heliport.

In addition to attracting attention for its rooms and its amenities, this floating mansion also does so because his name and coat of arms are carved in 24-carat gold.