BBC on path to self-destruction & Welcome ceasefire in Gaza

BBC on path to self-destruction

Sadly, the BBC seems set on a slow process of self-destruction. Yet the notorious interview with Princess Diana in 1995, which led to her exclusion from the Royal Family - and, it can be plausibly argued, to her death two years later - was the most successful programme in the Corporation’s history, attracting 23 million viewers and raking in many millions from overseas sales.

Although this financial bonanza – and internationally admired scoop - wasn’t described in this way in last week’s report on the episode by Lord Dyson, the former law lord, or in the excellent Panorama report by John Ware, it was probably the main reason why so many senior BBC executives, led by Tony (now Lord) Hall, then Head of News, let the lying reporter, Martin Bashir, off the hook.

They actually did much worse than let him off the hook. They chose to overlook Bashir’s manifest breaches of the BBC’s so-called ethical code, actually calling him “an honest and honourable man,” and took severe action against the producers who complained about his methods at the time.

As always in these cases, the cover-up magnified the original crime - and a crime it surely was to manufacture fraudulent bank statements as “proof” that Diana’s friends and closest aides, along with senior Palace officials, were working against her and leaking false stories to the media, in order to feed her paranoia and secure an exclusive interview.

The whole point of the BBC is that it is not driven by commercial motivation, but by journalistic and artistic integrity, funded by the licence fees paid by its viewers and listeners. Yet in this case they consciously allowed crookedness to prosper in order to protect an additional source of revenue. And the man who allowed this to happen, and concealed the crucial facts from the Board of Governors, was very soon chosen to head the whole organisation.

And then, even after these doubts had been publicly expressed, he allowed Bashir back into the BBC as – wait for it – religious correspondent! That is the path to self-destruction I mentioned earlier.

By the time Bashir returned to the BBC in 2016, he had twice been suspended from news programmes in the United States – once for making dubious sexual innuendoes in a public speech and once for saying it would be OK for someone to defecate in the mouth of Sarah Palin, the Vice-Presidential nominee. Did nobody at the BBC know these things – and if they did, did they really think it was appropriate to make a man guilty of such gross behaviour their religious correspondent?

This isn’t the first time that the ethical record of a Director-General has been impugned. Hall is plainly disgraced. His predecessor, George Entwistle, had to leave after only months in the job after he suppressed a programme exposing the wickedness of Jimmy Saville in favour of a BBC tribute to the paedophile.

Before him Mark Thompson was challenged over admitted breaches of editorial standards, a pro-Israeli bias, the prank telephone call by Russell Brand and Jonathan Ross, and allowing the head of the British National Party to appear on Question Time. It can be argued that the present Director-General, Tim Davie, commissioned the Dyson report, which confirmed the appalling facts about Bashir’s dishonest approach to Princess Diana and the BBC cover-up. Panorama also went some way to redeem its reputation by laying out the fraudulent nature of its earlier programme. That is true and reflects credit on the new D-G.

But it isn’t enough to conclude that one bad apple was the cause and then draw a line under a single unfortunate lapse from high standards: the report demonstrates that the Corporation was rotten to the core. It did all it could to keep a lid on this scandal for 26 years.

Davie’s job now is to make us believe that the lessons have truly been learned.
He will have a tough job, because dissatisfaction with perceived bias in BBC coverage is now widely spread. Brexit brought it out clearly – the BBC simply couldn’t believe that honest and sensible people could vote Leave.

Mocking a Minister for showing the British flag in his study while being interviewed in Covid conditions reinforces the view that many people at the BBC – backstage producers as well as presenters - regard patriotism (and the Prime Minister) as a bit of a joke. They may or may not be right about this, but it is not the job of a supposedly impartial BBC to make such attitudes look like official policy.

Business corporations have destroyed themselves for unethical conduct of this kind – and deserved it. Not that I want the BBC to disappear – far from it. I simply want it to recover and implement the core values on which it was founded. I hope and pray that Mr Davie can achieve this.

It was noticeable that the welcome ceasefire between the forces of Hamas and Israel came through mediation efforts by Egypt and not in response to the many appeals by the American President, Joe Biden.

This may have been because Israel wanted to demonstrate a degree of independence from Washington, even though the US supplies the country’s vast military arsenal. 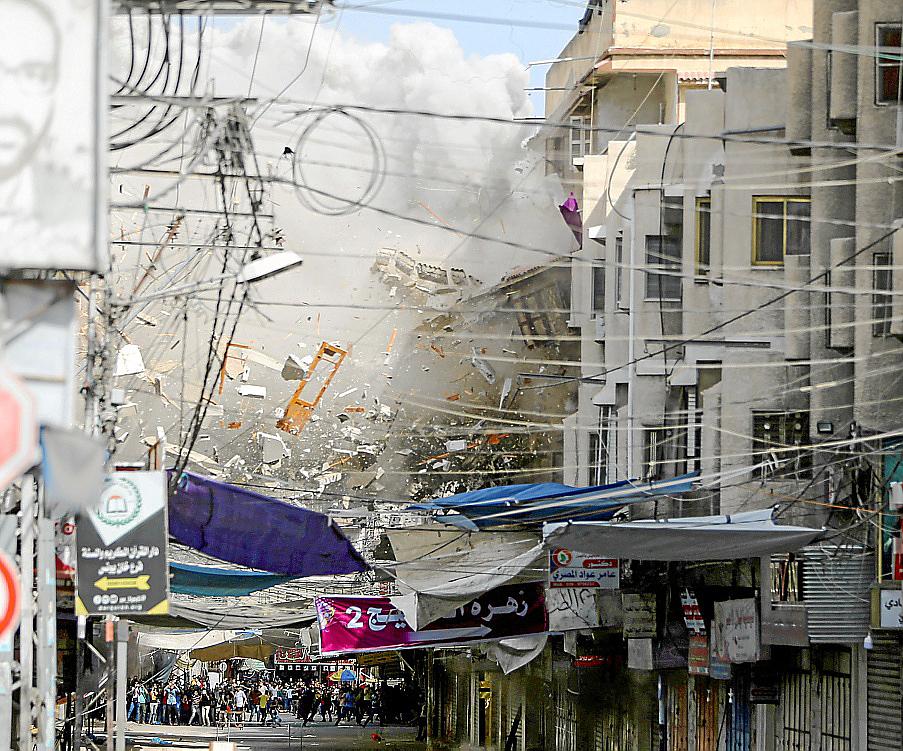 More likely, the reason was that the Israeli Prime Minister, Benjamin Netanyahu, wanted to keep the fighting going to boost his fragile hold on power – and keep him out of jail for corruption. Of the seven Israeli leaders I have met over the years, Netanyahu is not the toughest or the cleverest, but he has a canny gift for political survival.

It was uncomfortable to watch the grieving relatives of the innocent victims in both Gaza and Israel, weeping among the ruins of their homes and families, and realise that Netanyahu was dragging out the slaughter, at least partly, to save his own skin.

If it is any consolation to the rugby players who feel disappointed and aggrieved that Warren Gatland failed to include them in the British and Irish Lions squad for South Africa, reserves sent out to replace injured players have played a crucial part in previous tours.